All I can say is OUCH! That is my one word race report for this race. Let’s start with the start. The start requires you to climb up a plastic jumping house thing to a slide. I had my hand and wrist stepped on. It hurt! Then we slide down and started a run. It went ok in the beginning but there were 3 obstacles in the first 6/10ths of a mile. We had to move balls that were taller than us out of the way, then the tire ring thing and finally a maze. Then we went for a little run and then more obstacles. I’m not sure how many obstacles there were but they seemed to get harder and harder as we went along. It took us 47 minutes to get through the course. Oh and it was very muddy too. Overall it was a painful, miserable experience. I’m not sure if I’d do it again. Like I said after the Zombie Run. I like straight races. So no Tough Mudder for me. 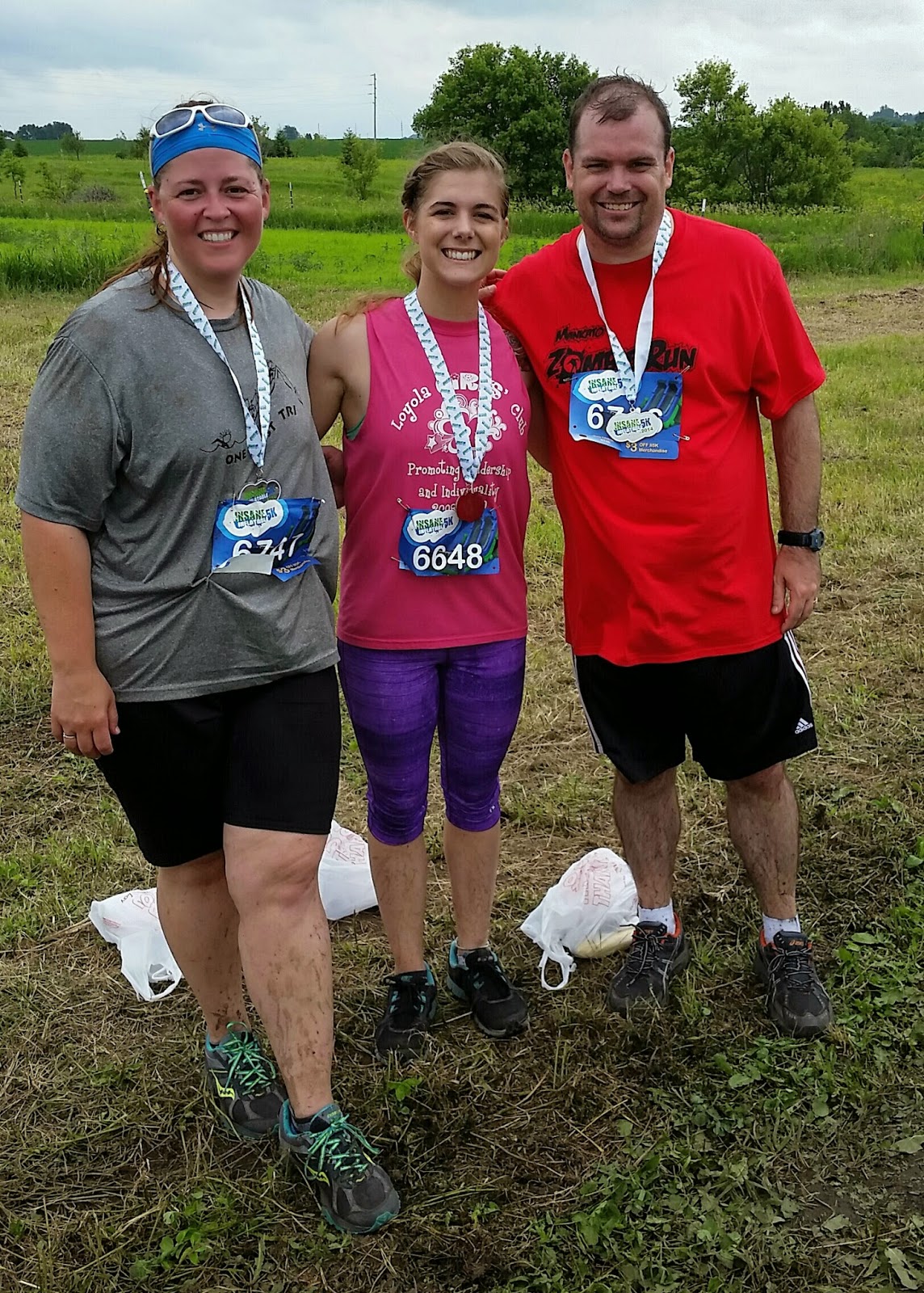 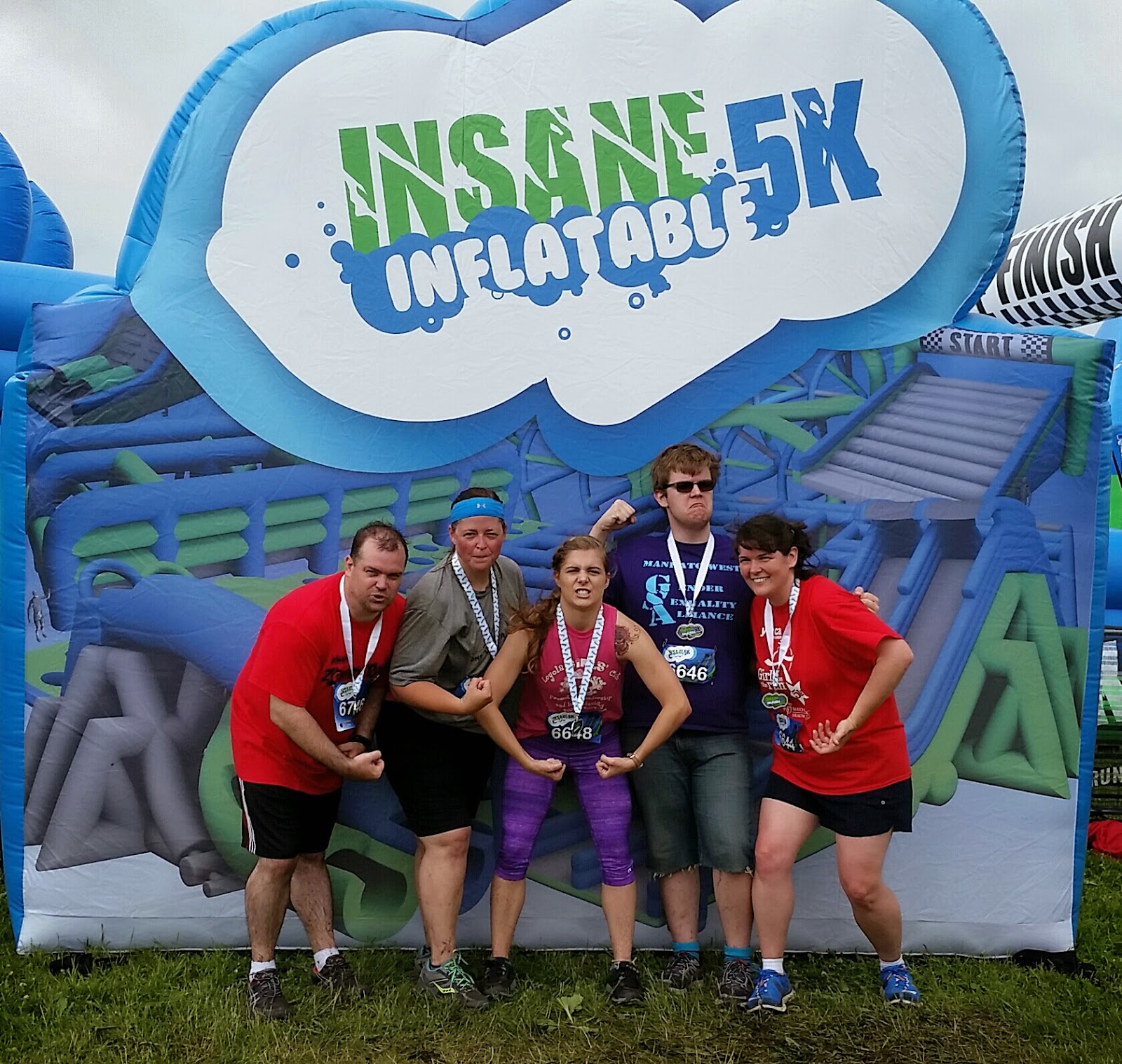 I fell over…twice.
Last Tuesday we went for a bike ride and I fell over twice in a minute. When I got my new bike in March, I had the fancy clip-in pedals installed (for some reason they are called clipless pedals which I think is stupid because you do actually clip-in). Everybody told me that I would fall over in the beginhing because everybody falls over when they start using these pedals because they take some getting used to. I went 4 months and didn’t fall over so I thought I’d be one of the few that didn’t fall. Well that idea/thought came crashing down Tuesday. We went for a bike ride to check out the flood and we went around the city. We had to bike on grass since the trail is flooded. That was fine. We stopped to check out the flooding and when I tried to start pedaling on the grass, I fell over the first time because I couldn’t get going. That resulted in a sore ankle and knee.  I walked my bike up to the blacktop path and started going and fell over a second time. This time I couldn’t clip my other pedal in and I was on a hill. It was embarrassing. That one did a number on my elbow and wrist. I had some scratches which disappeared after a few days but the bruise is still there. I got back on my bike and biked home all dejected.

Centennial Lakes and the Flood
Wednesday we had our first concert of the summer season. It was a beautiful night. We played a round of mini golf beforehand and I did pretty good. The concert went well too. It was a good evening. On our way home we stopped by the flooding to see how it was and this was the band shell…we play there in 2 weeks. I guess we will see! 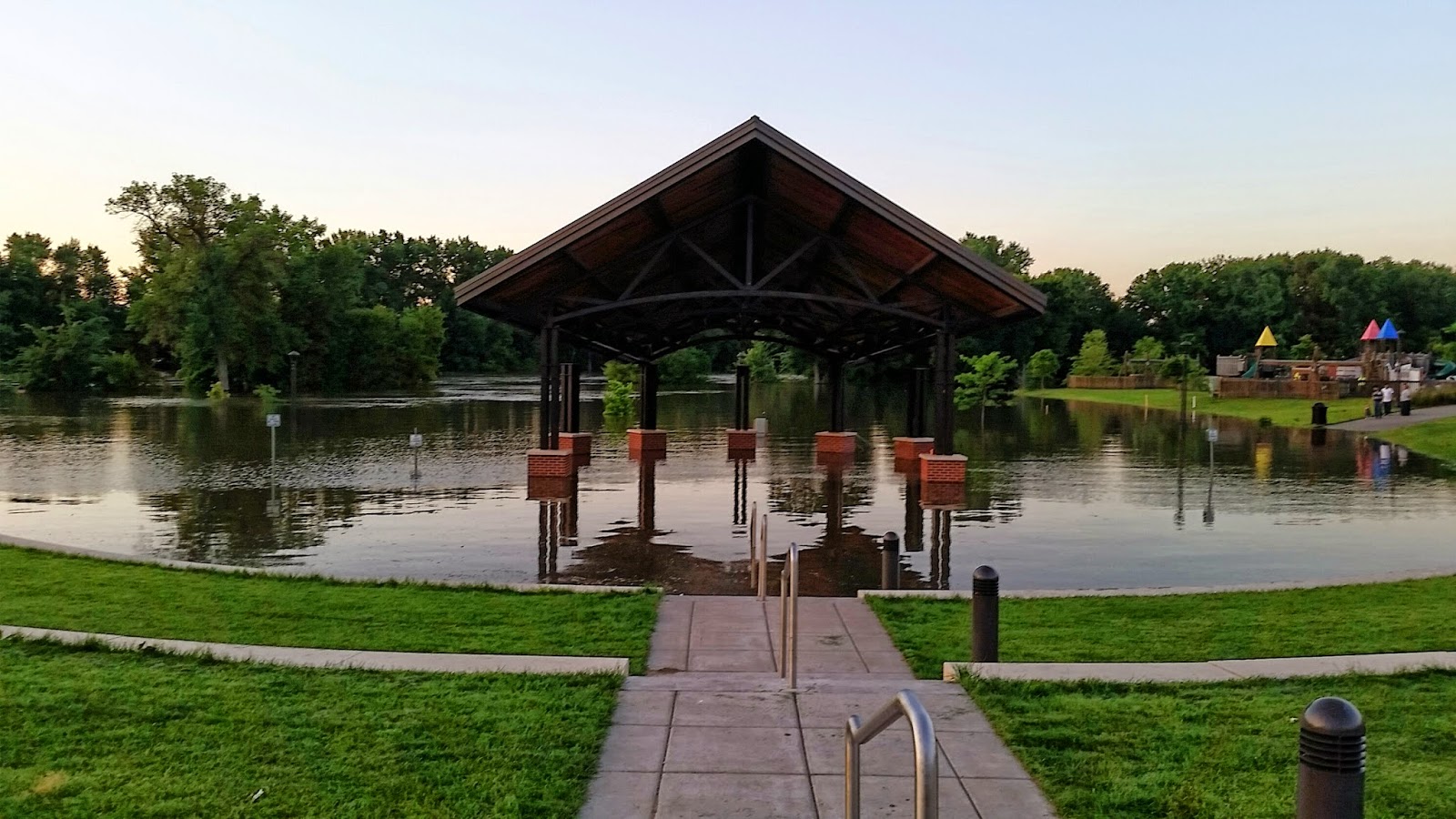 The rest of the week


Thursday was band practice and Swirl was naughty. I bonked him on the head for chewing on my sunglasses and this was the look he gave. Bad kitty: 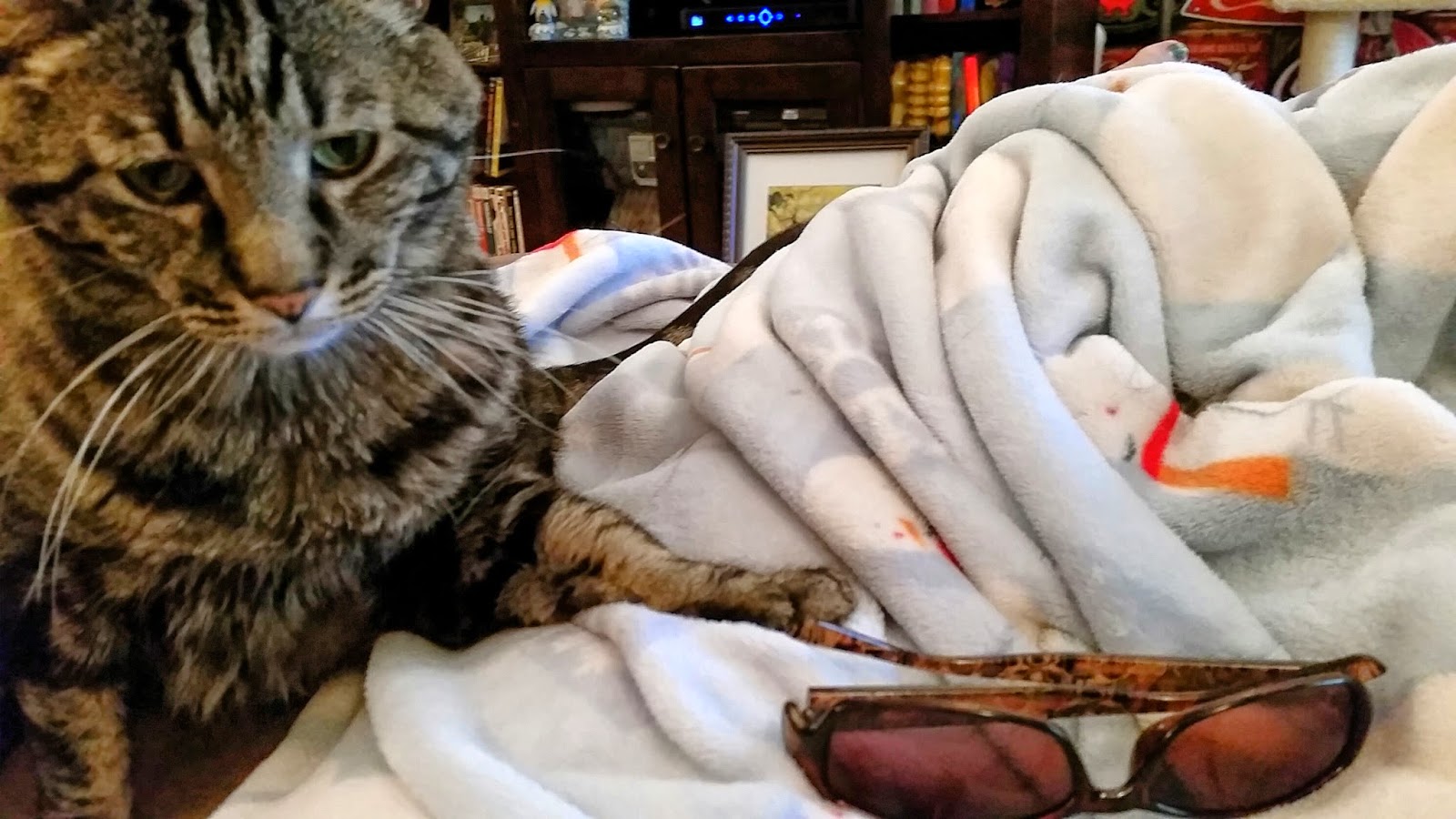 Friday we went down to Rochester for the night. Saturday after the run and lunch at DJ’s friend’s house we headed to Mankato for the night. We went out for some Mexican food and hung out around the DJ’s house.  Sunday was Abbie’s Graduation party. That was our week. Oh and I gain 5 pounds in 5 days. All the activities didn’t counteract all the bad food I ate. :(
Posted by KimmerBee at 12:30 PM