My first thought was, 2016 started out terrible. Funny thing is I wrote the exact same thing last January! Ha! But unlike last January, I didn’t wait 9 days to get off the couch! I started on day one with the Polar Dash. It was a disaster. Worst. Run. Ever! (Well in the last 2 years.) I’m not sure if it is the recovery from my last awesome half marathon didn’t go so well or what. But it was just bad. I bounced back the next day and did a short run but managed to get my pace back to an acceptable time. But the next twos run after that were disappointing. Then something incredible happened…I found my speed again. The next 9 runs of the month were great. My overall pace was around 12:30 which isn’t my fastest but was pretty good considering. I worked in a couple speed workouts and I finished the month with a nice 5 mile run. Compared to last January, I had the same amount of runs but I went 15 miles further. I call that a win. Also I did a lot more swimming and biking that I didn’t do last January. So I was a lot more physically active.

Surprisingly the weather in January wasn’t bad. There was only 6 days that the high temperature was below 10 degrees. That is incredible. The last day of the month was 42 degrees. I ran in long sleeves and was dying. I should have had a t-shirt…in January…that is crazy! I only ran inside 5 times.

My goal for February is 50 miles again. We have an extra day this year…yay for leap year! 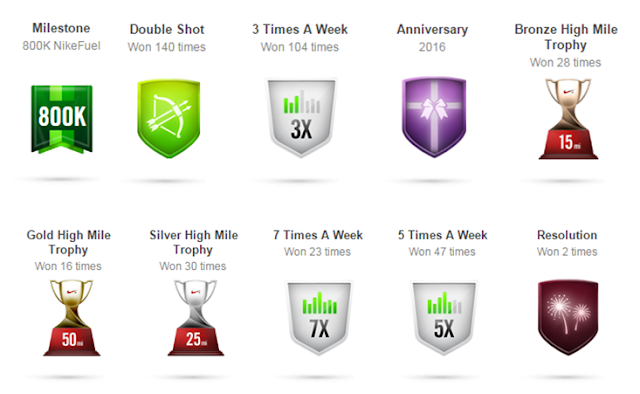 Posted by KimmerBee at 10:05 AM No comments:

Wow it has been a while since I last wrote. What can I say??? It has been busy.

New Job
I started a new job on January 4th which also means I got a nice raise. Well, actually I started a new job and kept most of my old job. They are not replacing me. I’m taking over for my coworker (and Twins Season tickets partner), Alice. After 46 years she is retiring June 1st. I’m so grateful I have her to train me for another 5 months. Her work is very different from my work and she is also busy on different days than me. There are a few days that overlap but I’ll just have to manage it somehow!

Danielle
I think I have mentioned before that my niece, Danielle, is kind of a clone of me. We have moles in the same spots, birth marks in the same spot and a large scare in the same spot. We had this habit of showing up to events with the same color on…it is really strange. Anyways, Danielle started a new job too and the similarities are crazy.  She is working at AMPI, my company’s ticker is AMP. She is replacing somebody who has been there for…get this 46 years…just like Alice. She was supposed to start on January 4th too but because of her vacation it was postponed a week. Isn’t that crazy?

Tri Training
Since I have officially signed up for a triathlon in May so I’ve been training on all three sports. Since the first of the year I have ran over 30 miles, biked over 20 miles and swam over a mile. It has been a bit cold lately so I’ve been running inside a lot. Eric set up my bike trainer which is awesome. I can’t bike for more than 15-20 minutes before I get a bit crazy. Usually I bike a bunch of small bits throughout a “biking” night. Even with being able to watch TV, I can’t handle being on it for very long. Hopefully I will get better at handling the boredom. On the swimming front, Eric bought me a waterproof iPod and I love it. My swimming time flies by and I don’t want to stop when I get to my goal for the day.

Pannekoeken
This past weekend we went down to Rochester for the weekend to celebrate Mike and his friend, Linda’s birthdays. Saturday night we went to Whiskey Creek for dinner, had some fun by the pool and played some dice. Sunday morning we went to Pannekoeken for breakfast. Pannekoeken is Dutch pancakes. I had the apple cinnamon one. It was so good. It was similar to bread pudding. After breakfast we went to play some laser tag and Eric and Alec (Linda’s son) played arcade games. It was a fun weekend.

So that wraps up the last two weeks. A lot of work, a lot of training and some fun.
Posted by KimmerBee at 7:30 PM No comments:

Frustrating, that is all I can say about this race. Temperature was fine. It wasn’t below zero like 2 years ago. They changed location and I don’t like the change. The race was packed on very narrow paths in the beginning. We got behind a lot of walkers and the walkers on this particular day were terrible. They wouldn’t get out of the way. I’m all for supporting people who walk but don’t stand 6 across chatting, let people pass!  The course was flat and boring and parts were in the shade which made it a bit cold. There was a long out-and-back section that didn’t help matters. I couldn’t pass people as there were people coming at me. Whenever I got a chance to pass, I zoomed past the walkers.  Part of the course was a bit sloppy and people screeched to a halt so they could pussy foot around the mud and puddles. Seriously people, just go! I was so frustrated that I gave up during mile 3 and just walked. I was so furious! I managed to “sprint to the finish” and came in just 30 seconds faster than 2 years ago…a pitiful 41:32. Horrible, horrible! I’m not sure if I will do Polar Dash again. I guess we will see. 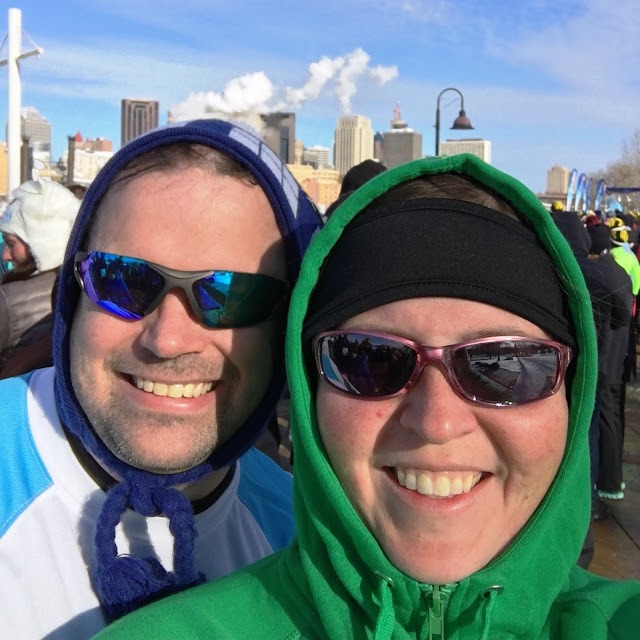 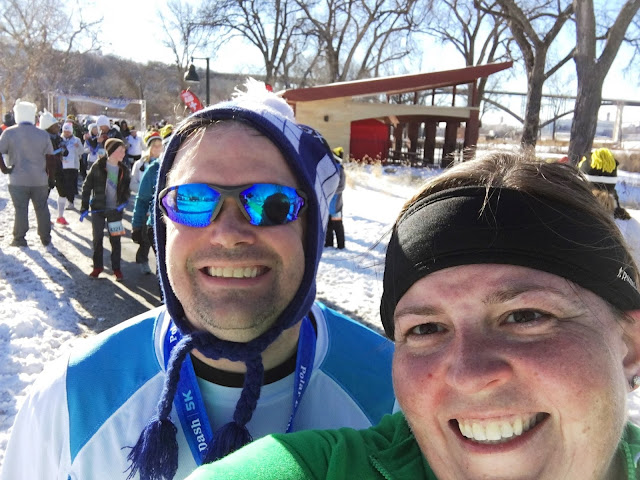 Posted by KimmerBee at 12:43 PM No comments:

We had a nice day at the Mall of America on Thursday. My  brother came up with his friend, Linda and son, Alec. Eric and I took Alec on rides while Mike and Linda shopped. We had lunch at Hooters and walked through the SeaLife Aquarium. It was a fun filled day. Pictures are below. After checking into our hotels (and then Mike and crew moved into our hotel room at the WaterPark of America) we meet Mom and Bev for dinner. They were on their annual casino trip. After dinner we went into the waterpark until almost 10pm. It was a fun night. I fell asleep around 11 but woke up just in time to ring in 2016. 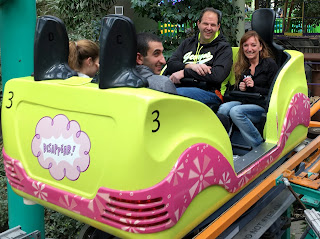 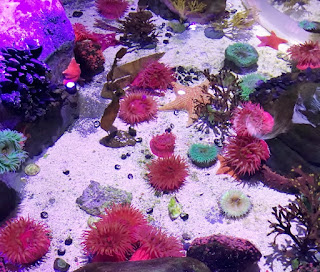 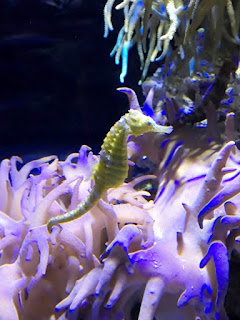 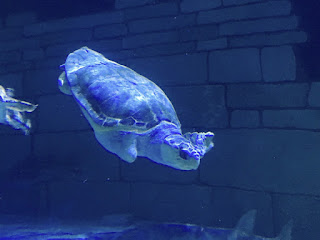 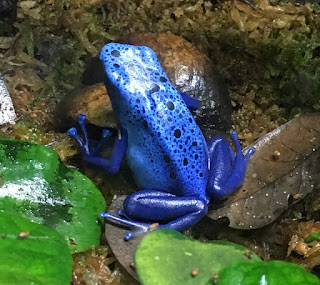 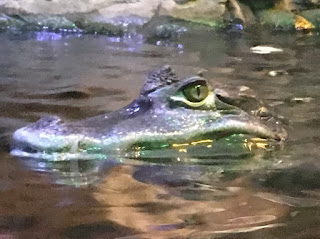 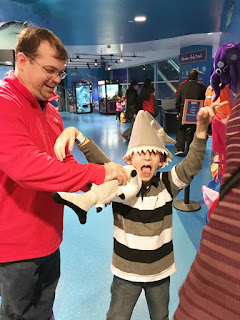 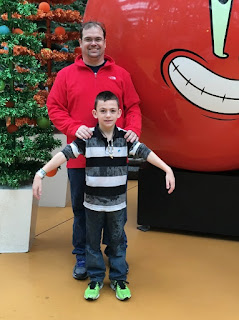 More pictures here: SeaLife
Posted by KimmerBee at 9:00 AM No comments:

December was a bit of downer after a great November!  I ran 10 less miles and my pace was much slower. But good news is my half marathon on my birthday went great. I finished over 2 minutes faster than the one in November. Reindeer run 5K was a bit faster than the last 5K around Lake Harriet in October.

My goal for January is to maintain fitness. I don’t plan on running any long runs. Hopefully I can get a 6 miler in at some point. I have one race, the Polar Dash 5K. 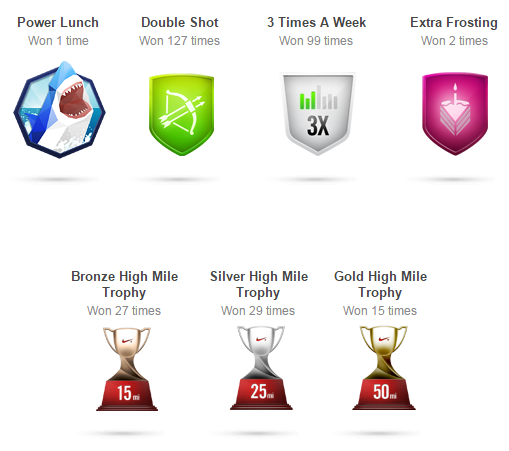 Posted by KimmerBee at 1:00 AM No comments: