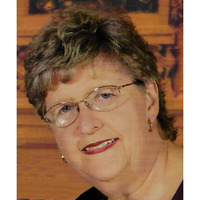 The couple farmed in Arcadia township until 1992. Karen was also employed for over 30 years at the Trempealeau County Health Care Center in Whitehall. She and her husband entertained people for over 40 years as part of the Bisek Polka Band. She looked forward to spending time with family and friends and loved to play cards. She also enjoyed cooking and baking and sharing her goodies with others. Her rosettes will be missed this holiday season.

Mass of Christian Burial (with COVID-19 guidelines) will be held at 10:30 a.m. on Saturday, November 28, 2020, at SS. Peter and Paul Catholic Church, Independence, with Rev. George Thayilkuzhithottu officiating. Burial will be in the church cemetery.

Visitation will be held at the church one hour prior to Mass.

Posted by KimmerBee at 7:38 PM No comments: