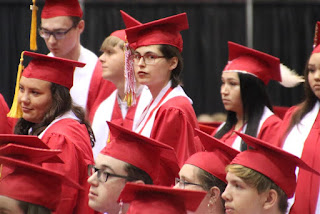 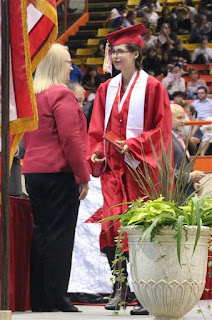 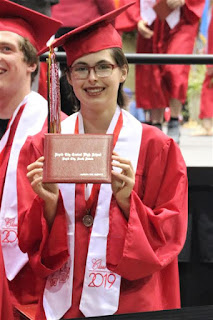 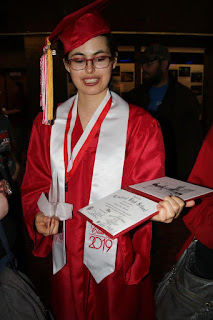 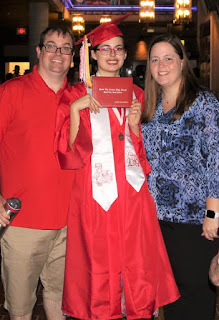 Posted by KimmerBee at 7:49 PM No comments:

This past weekend we traveled to Rapid City for Juanita's graduation. While we were out there I decided that I need to do some more hiking. The first hike was at Black Elk Point (aka Harney Peak). Last year we did this hike in very hot, sunny weather. We took a wrong turn and ended up doing 9 miles. This year was completely different! I was so glad that I had waterproof shoes. My feet stayed mostly dry for the entire hiking until I stepped into a puddle that was deeper than my shoe. Crap!  It was cold! After the hike, we went to Cabela's to shop for legitimate hiking boots. I'm so glad I did! 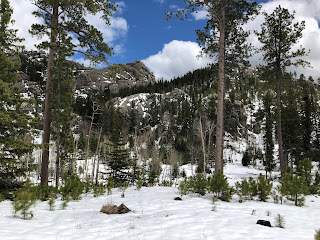 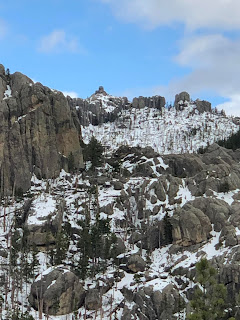 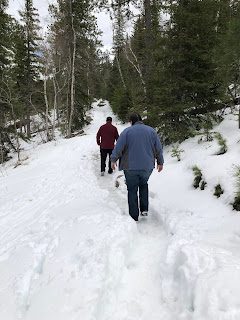 The second day I wanted to do Bear Butte. Eric always talks about Bear Butte so I made him take me there. It was a very steep scary hike but I survived. I'm so happy I bought hiking boots. My ankles would not have survived that hike with my other hiking shoes. 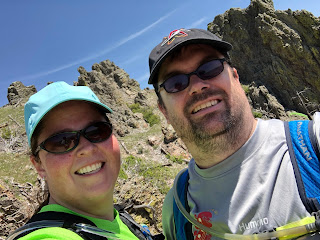 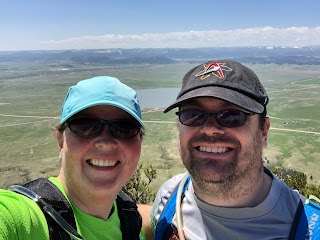 Posted by KimmerBee at 7:48 PM No comments:

We traveled to Missoula, Montana over the weekend to attend Allista and Bailey's wedding. I was honored to be her flower girl. She was our flower girl 16 years ago!  It was a very nice, simple wedding and reception. 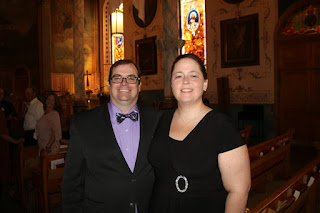 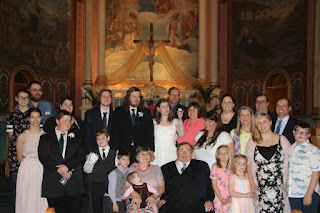 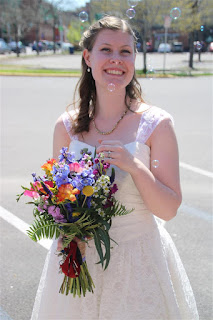 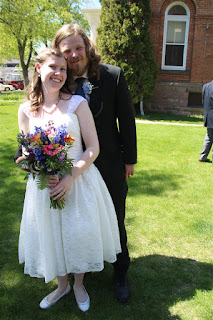 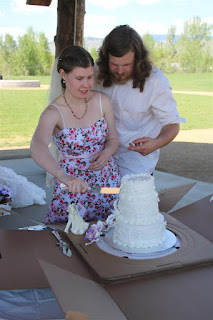 Posted by KimmerBee at 7:37 PM No comments: 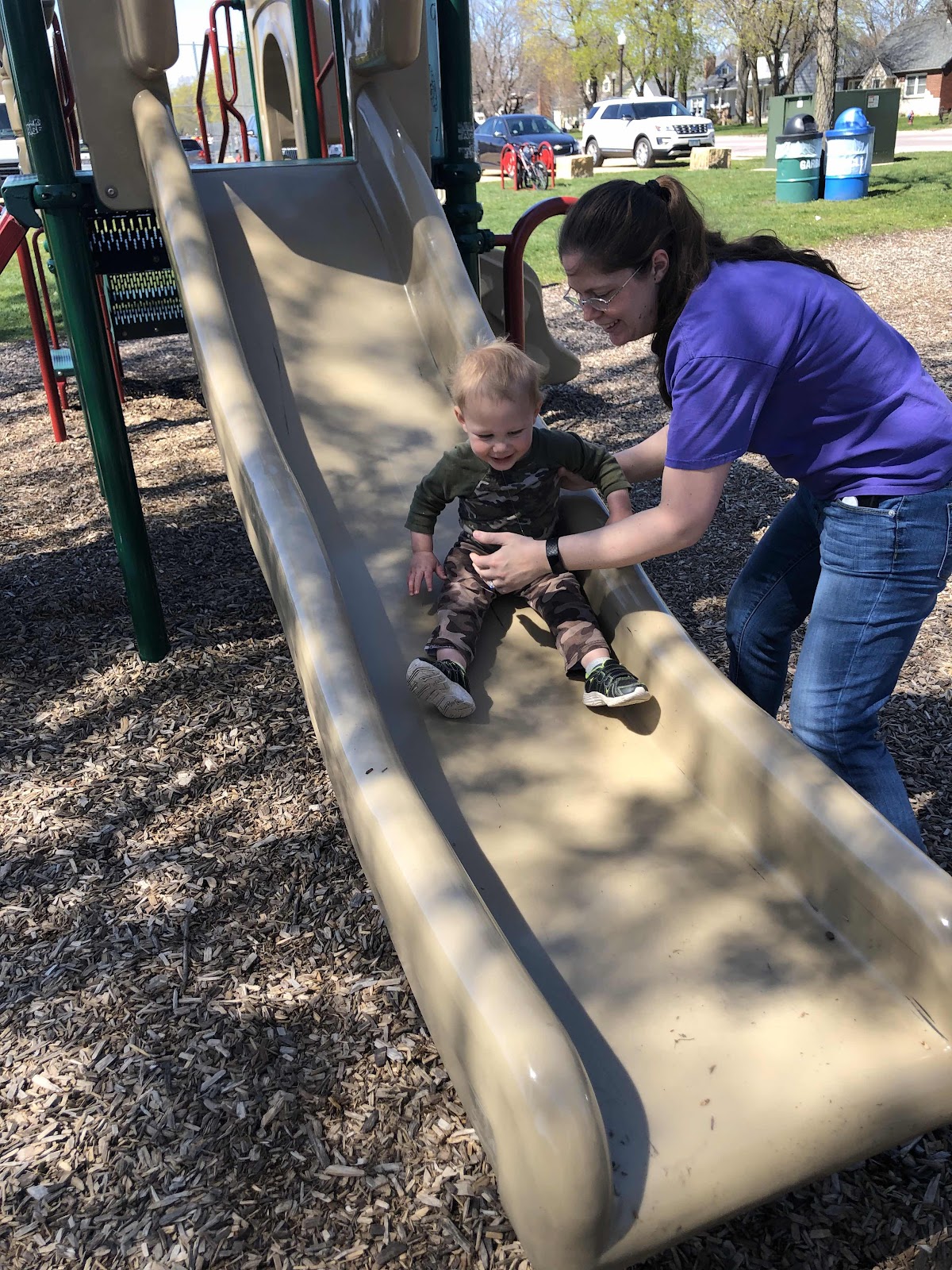 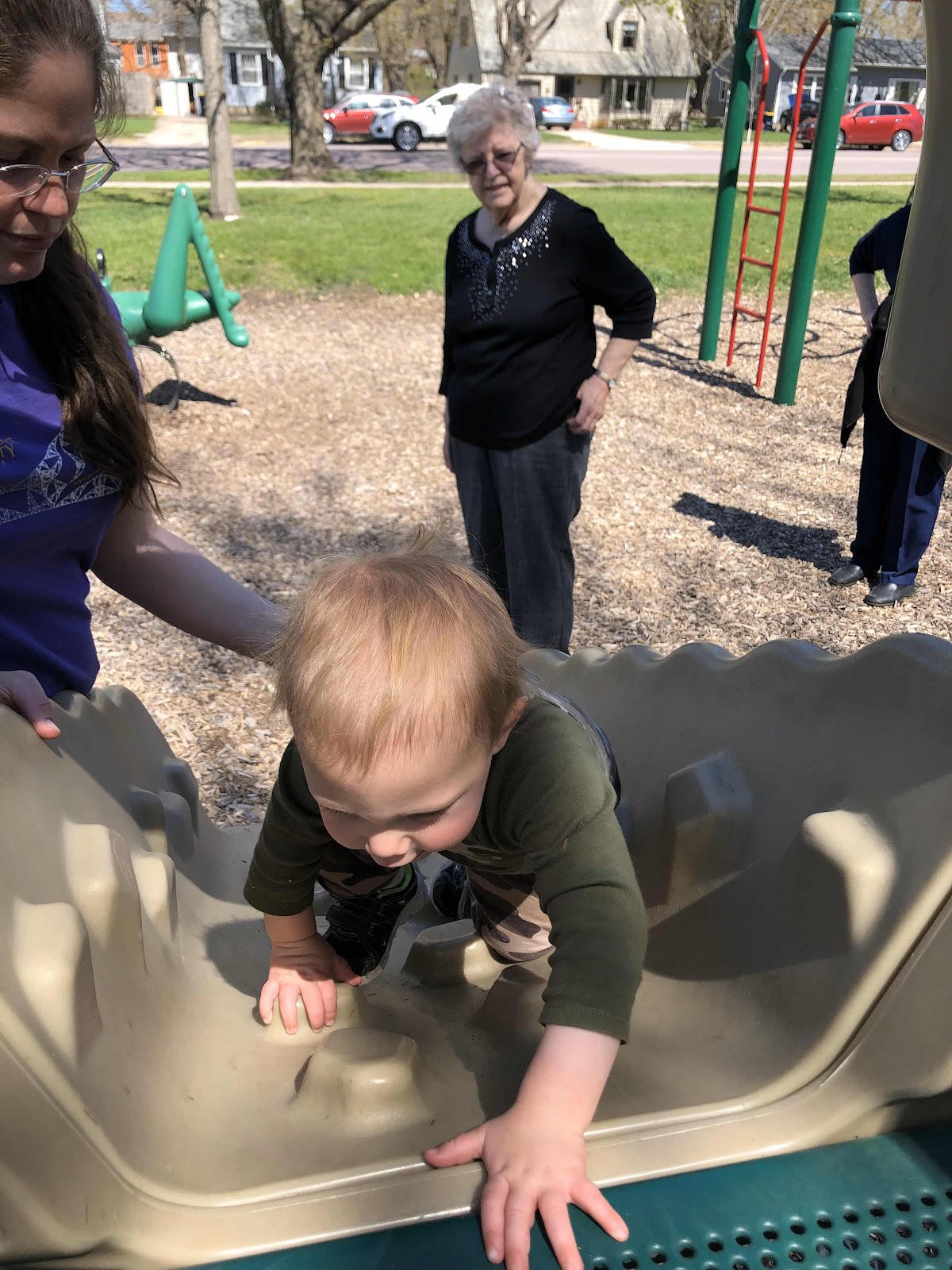 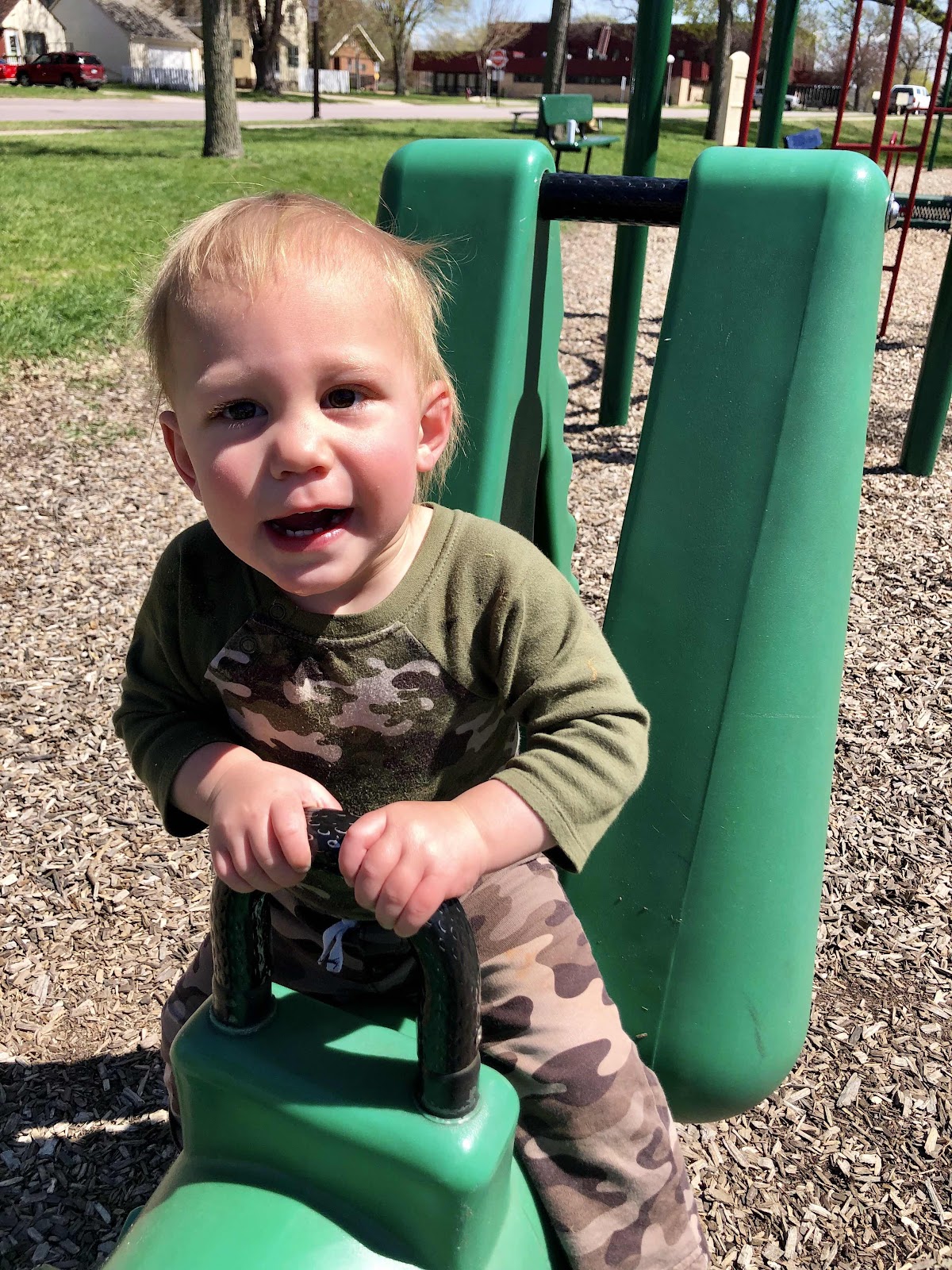 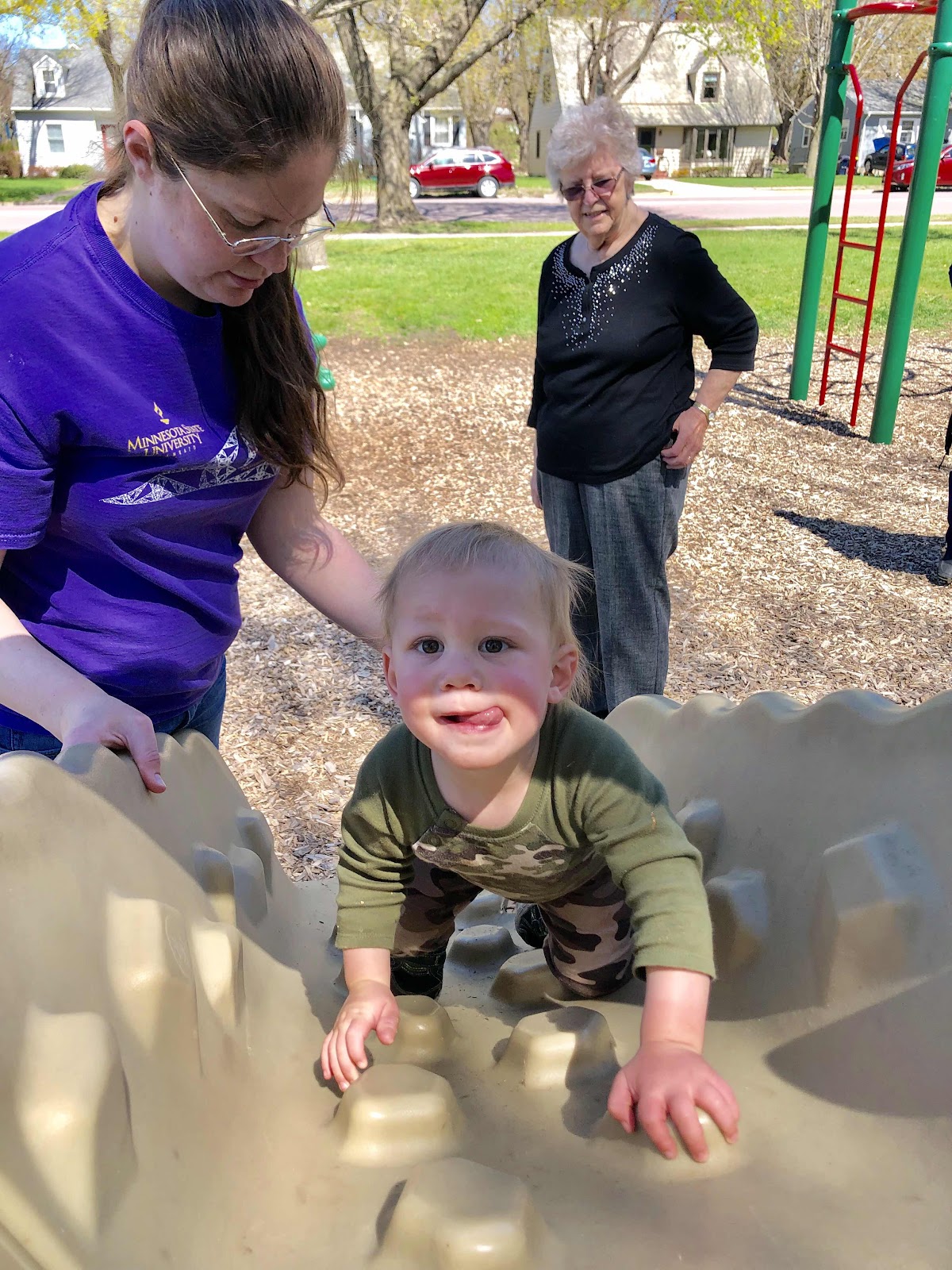 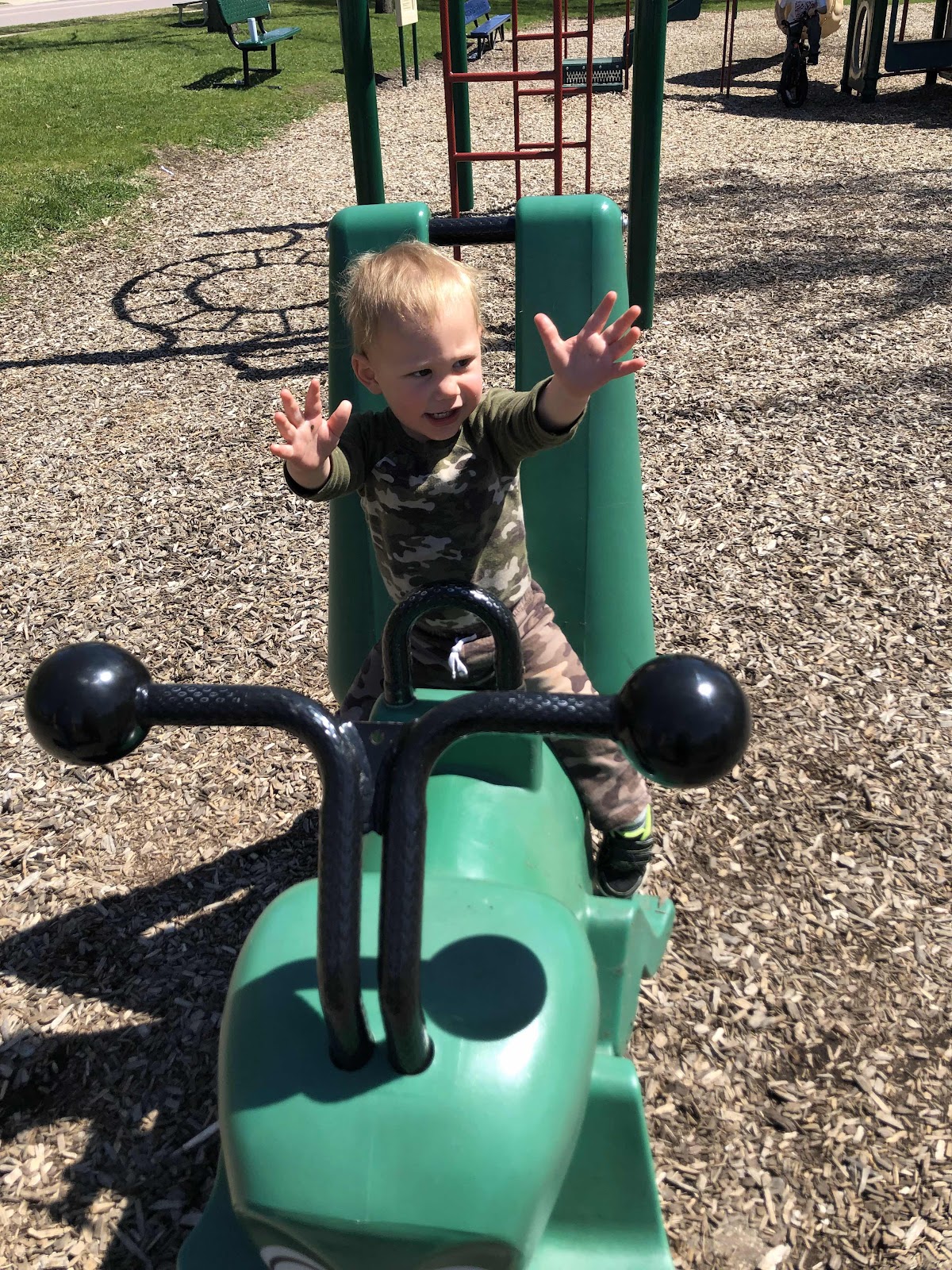 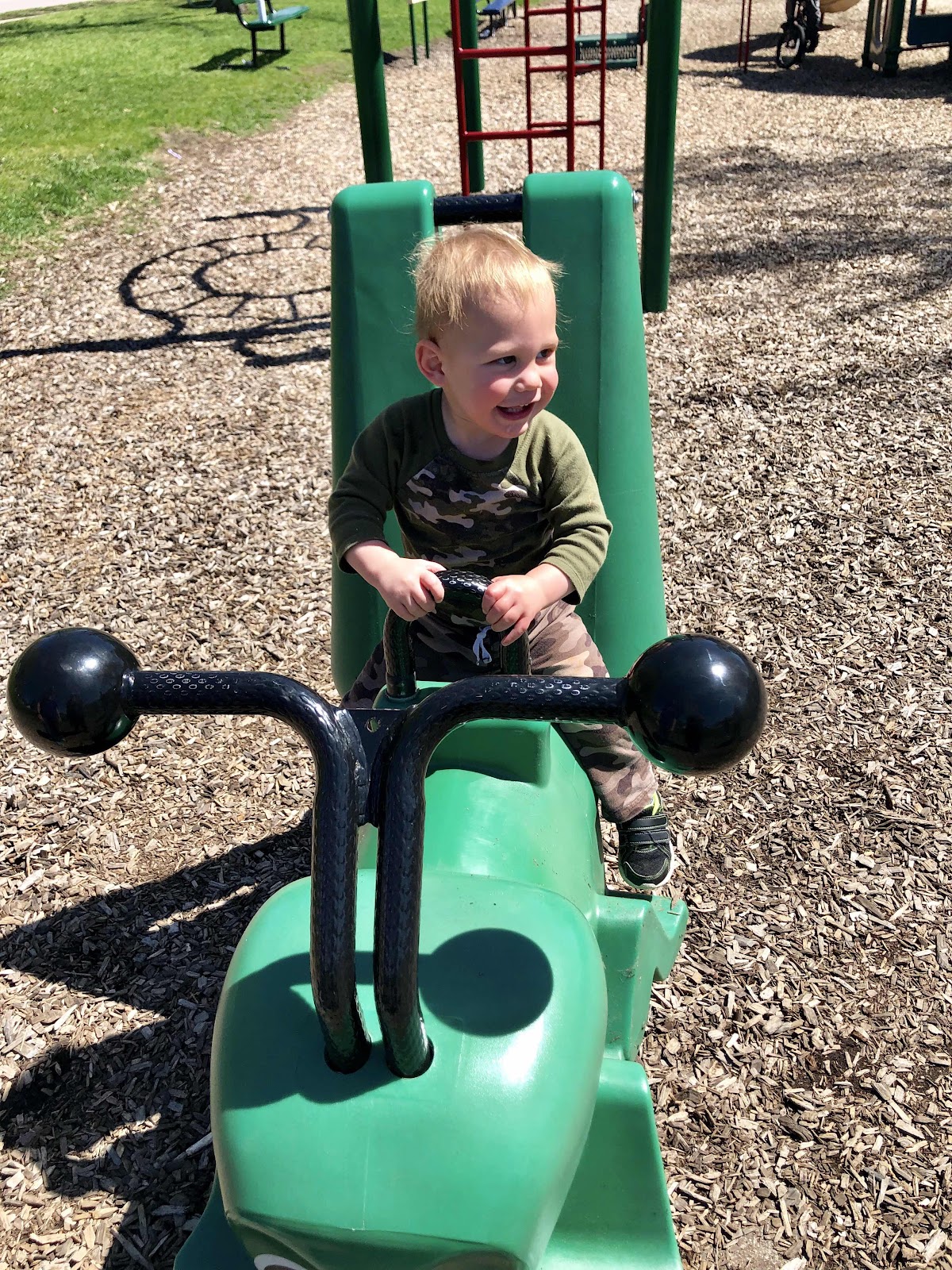 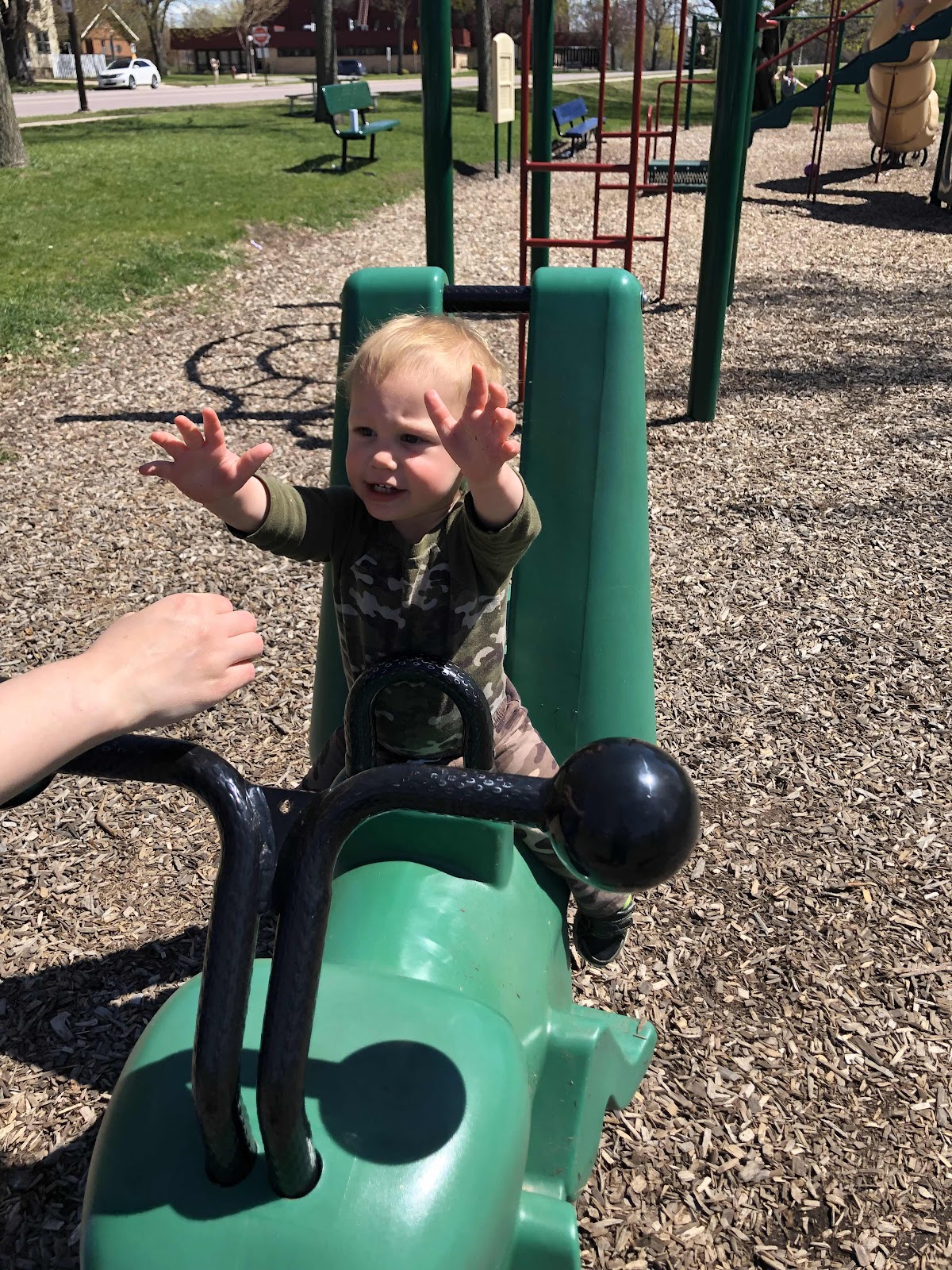 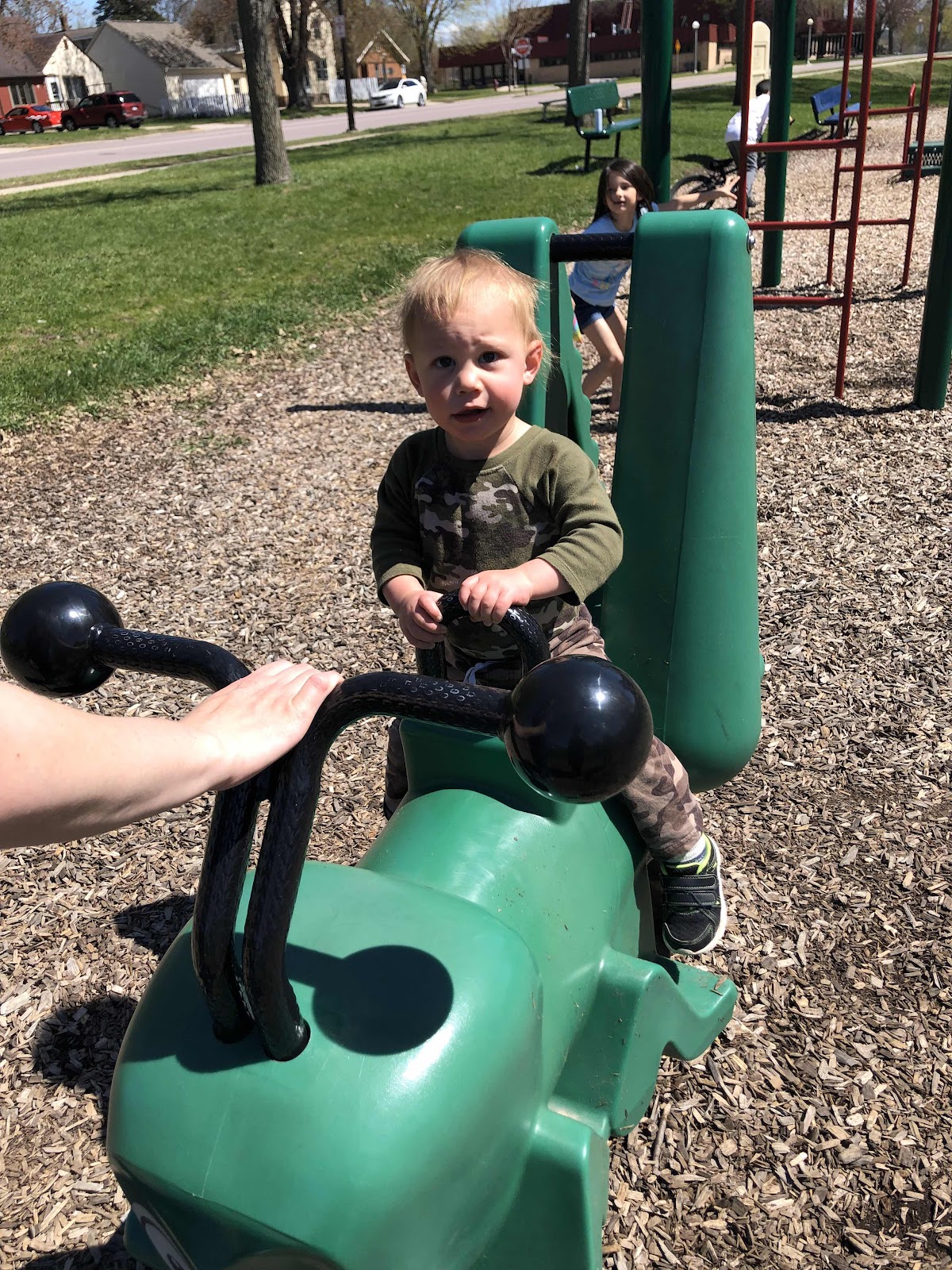 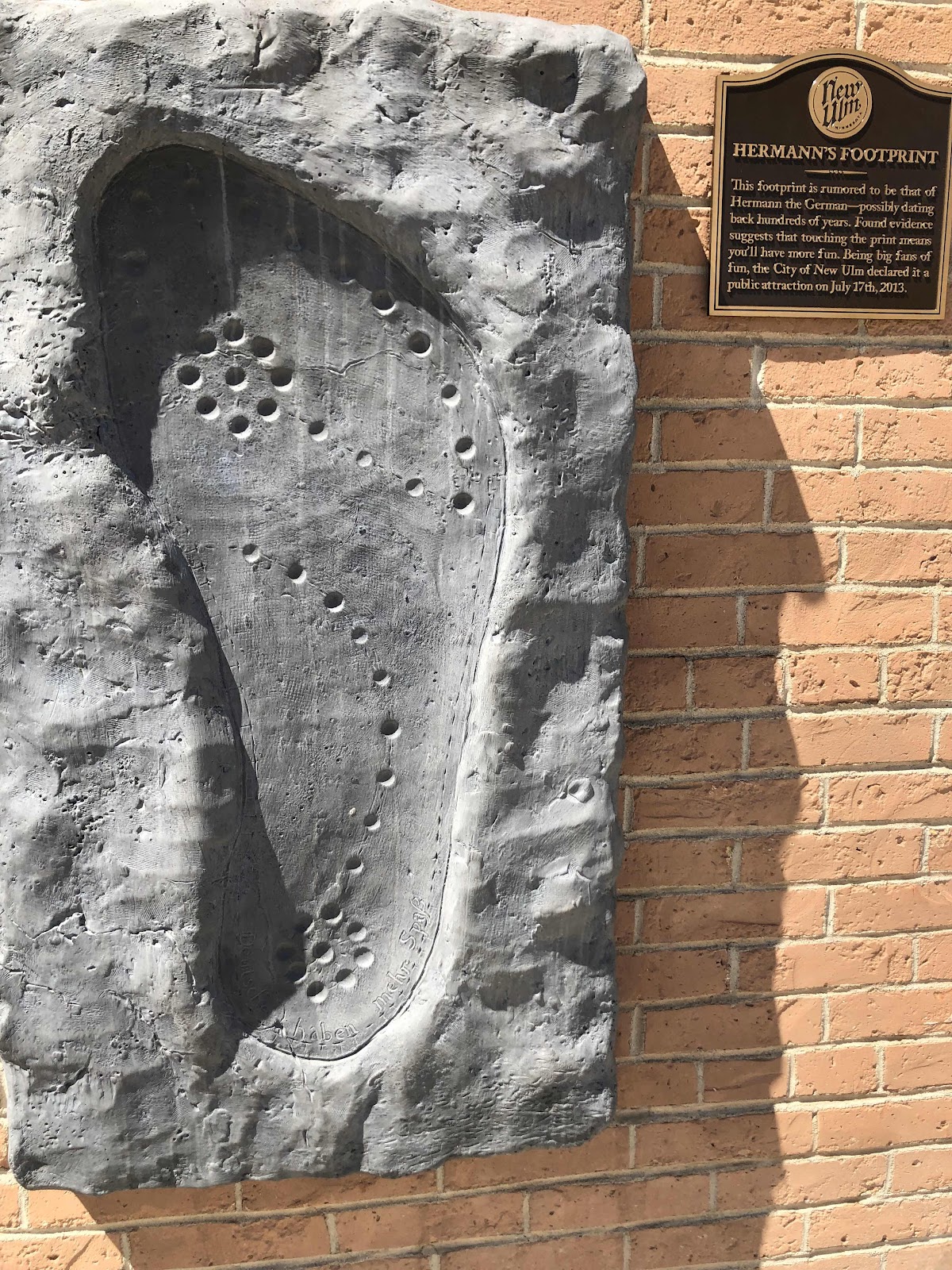 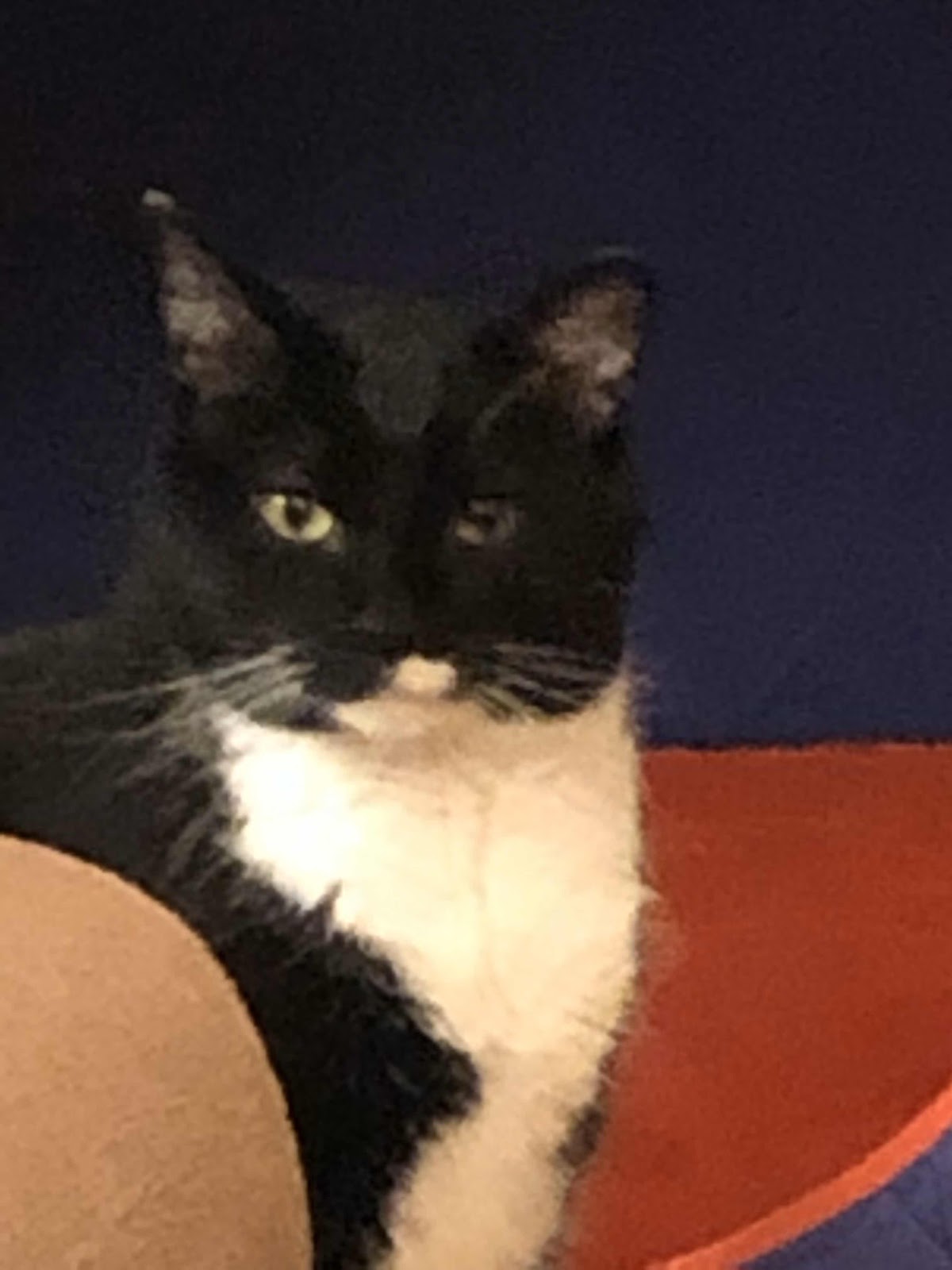 Posted by KimmerBee at 5:39 PM No comments: 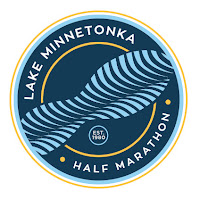 We ran the Lake Minnetonka Half Marathon this morning. The weather was perfect and I was hoping for a great run. Unfortunately I wasn't ready for the VERY HILLY course. I should have known since I've ran the first half a couple years ago. Eric ran the second half and said it wasn't bad. He was a liar! I hope I never run this course again. LOL! Normally I'm ok with Hilly courses but the ups were a little too long that I couldn't make up for time lost on the downhills. I need to train hills more often now. UGH!
I started out a little too fast but the first big hill at the end of mile 1 took care of my great start. It really didn't get any better from there. Mile 2 and 3 were about what I expected time wise. Mile 4 was awful the only highlight is giving a high five to a fell Back of the Pack friends on Facebook.

I saw her post to our group on Facebook later and she said I was looking strong as hell. LOL! I wasn't but thanks! Miles 5 and 6 were right at what I said they would be. But I was struggling. I do great training on the treadmill but I get in a race situation and I run faster than I should and it hurts me later. ARGH!

Miles 7-10 were pretty crappy but the scenery was amazing!  We ran right along the shore of Lake Minnetonka and amazing big beautiful house. So jealous!

DJ surprised me just before the end of mile 10. I was looking pretty crappy and tired by this point. It was a very lonely race. Not many people were running around me and the spectators were few and far, very far between. This is my best race photo ever!  LOL!

Mile 11 wasn't great. I saw DJ again somewhere along the way. This part of the course is on a busy road that they don't close. We are running on the narrow shoulder with dead raccoons, turtles and frogs. Not great! The views of the lake are kind of non-existent here. Finally, about quarter of mile before mile 12 we hit the gravel trail. I was so relieved to get off the busy road and on to the trail that I didn't care it was gravel.  Some random woman in jeans came running towards me on this part of the course. She stopped when she reached me and said she was going to "help me". She thought it was my first half. She was a little disappointed when i told her this was #27. But she was "proud" of my accomplishments. Thanks hon!

Mile 13 was great. I'm not sure where the burst of energy came from but I was having a great mile. I had optimist goal of 3 hours. My realistic goal was 3:10. Since mile 6, I thought my realistic goal wasn't attainable so I got down on myself. But half way through mile 13 I realized that if I could keep it up I will beat it. I was shocked. We finally got on the streets of Excelsior with less than half a mile to go. Thankfully there were almost only downhills from that point. I ran across the finish and beat the 3:10 time...3:09:17. Woo hoo!

DJ managed to get a fairly good picture of me. Yay!  I think I'm looking at the announcer dude but not really sure. I was so happy to be done! I found my other friend, she ran the relay.

I got my finisher photo with Eric. 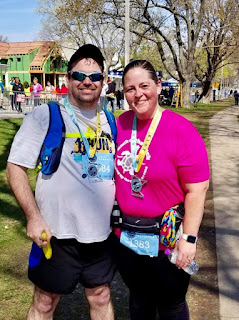 After grabbing a few bananas we walked to car and stopped at the ice cream shop on the way. I had raspberry chocolate chip waffle cone. It was so delicious. If you know me, I don't really like ice cream but this hit the spot. Yum!

Unfortunately my medal detached from my ribbon. :(

Posted by KimmerBee at 9:19 PM No comments: