We traveled to Madison this weekend for Uncle Jack’s funeral. It was the first time all 7 Bisek cousins we’re together since our wedding in 2003! 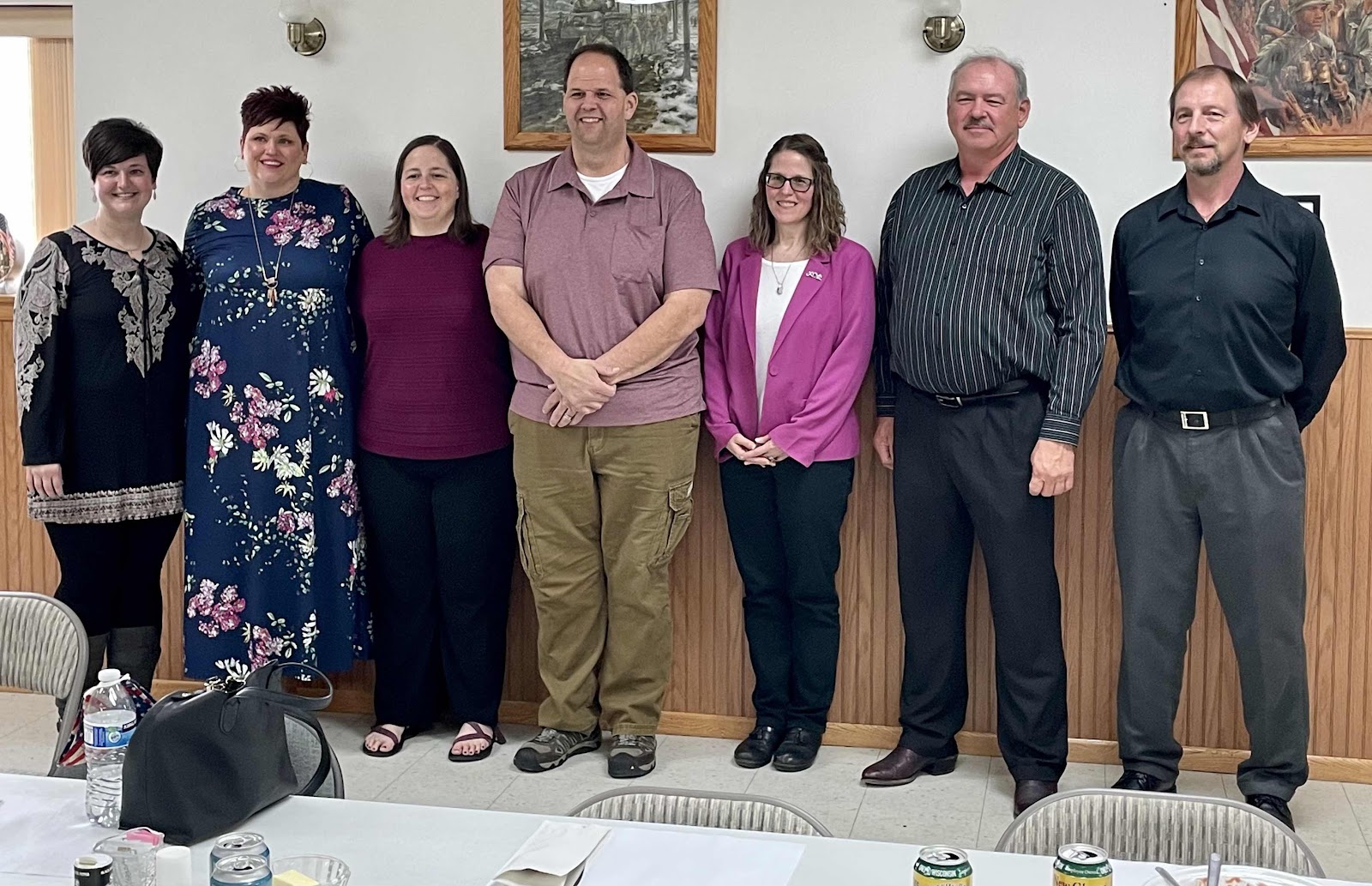 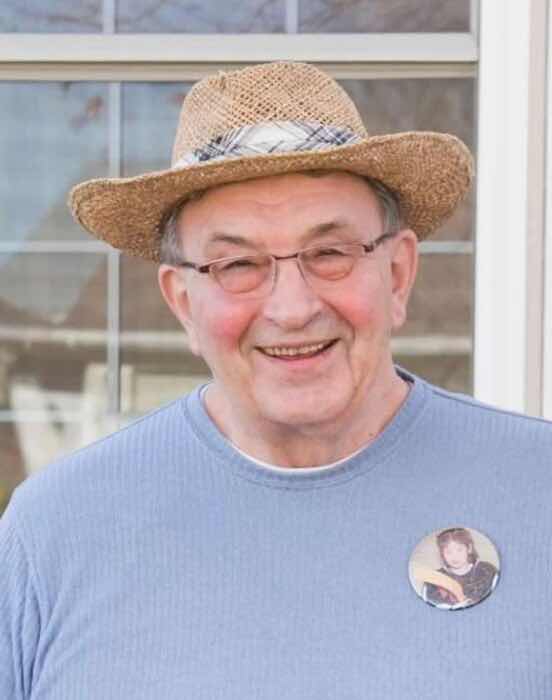 Born, raised, and schooled in Independence, WI, he played in the Bisek Family Polka Band in his formative years, as well as playing basketball (“six – eight – and a quarter”), and in the marching band.

He was a whole-hearted proponent of education (“They can never take it away from you!”), and continued his education at St. John’s University in Collegeville, MN, where he earned a Bachelor’s Degree in Physics (He was “no ordinary dummy”).

He met Jackie while out dancing hop waltzes.  She later became his wife.  They eventually purchased the supper club where they’d met, operating it as Jax Nite Club.

They went on to have 2 daughters:  Jodi and Joi.  I imagine all little girls probably think their dads are “larger than life,” but ours literally was!  He was a gentle giant and the ultimate “girl-dad”: he braided our hair, even with those massive hands, and let us put barrettes in his (though he drew the line at nail polish). He took us canoeing (and didn’t get too frustrated when we whined about sunscreen in our eyes), and he built us a purple playhouse in the backyard (with electricity, locking door, and windows that opened and closed).  He made “Easter Bunny tracks” with baby powder.  He had high expectations, but always helped us achieve our goals and dreams.

He taught us how to bait a hook, how to drive a stick (“CLUUUUTCH!”), and how to use power tools.

He impressed upon us the importance of learning about and appreciating different cultures; viewing the world in an unbiased way, but with our eyes wide open; how to take calculated risks (“no guts, no glory”); and the value of hard work (“elbow grease”)… but also how to then sit back and revel in the fruits of our labor with a sense of satisfaction and accomplishment. “Nie poddaj sie!” (never give in).

He always worked hard, sometimes 2 jobs.  He went back to school and earned an M.B.A., as well as completing PhD coursework… Because “if you think education is expensive, you ought to try ignorance.”  He taught for some years for Cardinal Stritch University, as well.

But THEN, Jack became a “Papa”!!!!  I believe this was his life’s greatest joy!  He was like a “3rd parent” to Greta, a part-time live-in nanny (he cooked but didn’t do laundry).  He would dress her up and take her to church, then brunch because he loved to “show her off.”  They made “spoiled eggs.”  With both kids, he sang (oh, that buttery, smooth bass voice of his!) and listened to “Handre” Rieu.  His grandchildren were the light of his life.

He loved to cook, bake, garden, play cards, and travel. He had the best lawn on the block.  He despised social media, terms of endearment (he was not your “honey” or your “dear”), and laziness.  He enjoyed politics, watching MSNBC ad nauseam, and the economy/stock market, monitoring it obsessively.  He was an animal lover who kept dog treats in his breast-pocket at all times when visiting the grand-dogs.  It gave him pleasure to prepare an incredible meal – and perhaps even more to watch others savor it.  He loved everything about Christmas (the music, the food, the lights), and made the most EPIC Christmas lists.

Jack survived (and triumphed over, in many ways) multiple massive strokes in recent years, demonstrating that “the tree that weathers the storm is not only strong, but flexible.”  (He was, after all, a “practice-what-you-preach”-kind of guy).

He was proud, wise, generous, and conscientious.  He once told me not to “make [him] something in death that [he] wasn’t in life,” so I’ll also add that he could be stubborn, ornery, and verbose (which I realize may have been an inheritable trait, as I write this obituary).

Jack is survived by his absolute favorite humans, his grandchildren, Greta and Jax; wife and dance partner of 44 years, Jackie; daughters, Jodi and Joi; #1 son-in-law, Matt; sister, Betty Jane (who affectionately called him her “big little brother”); and many cousins, nieces, nephews, and friends.

A private memorial service is planned for Saturday, April 24, at Our Lady Queen of Peace Church in Madison, WI, followed by a celebration of life. In lieu of flowers, we request that donations be made to Agrace Hospice Foundation.  We are eternally grateful to Agrace, as they provided such compassionate and dignified care to Jack- and so much comfort to his family- in his last days (and weeks, and months!) [www.agrace.org/donate/donate-today]. After all, you have to “spend it to enjoy it,” and you “can’t take it with you when you go."

Posted by KimmerBee at 1:05 PM No comments:

We had a live race this morning! It was small but fun. I got to catch up with Meghan which was great! I need more races in my life. 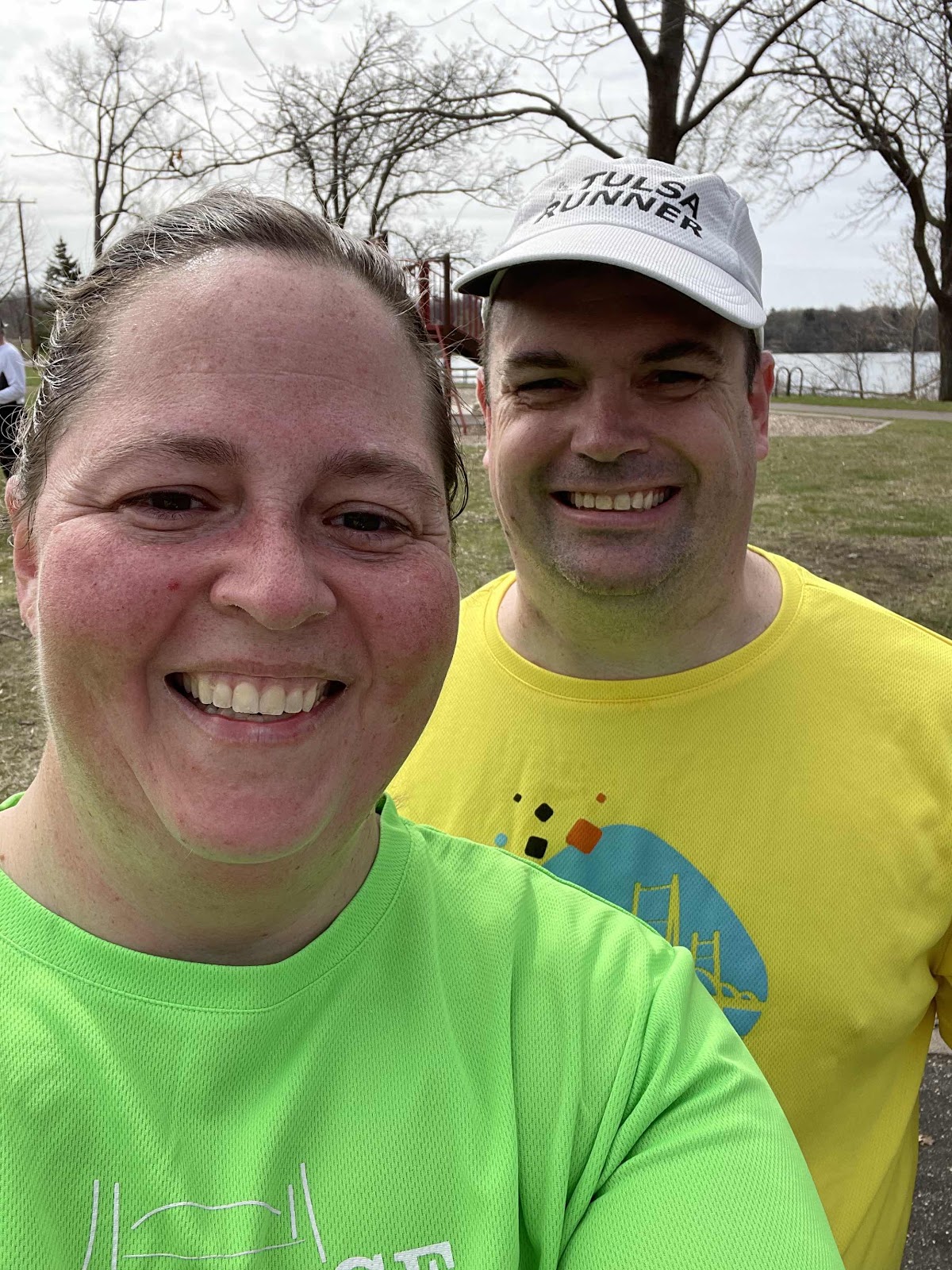 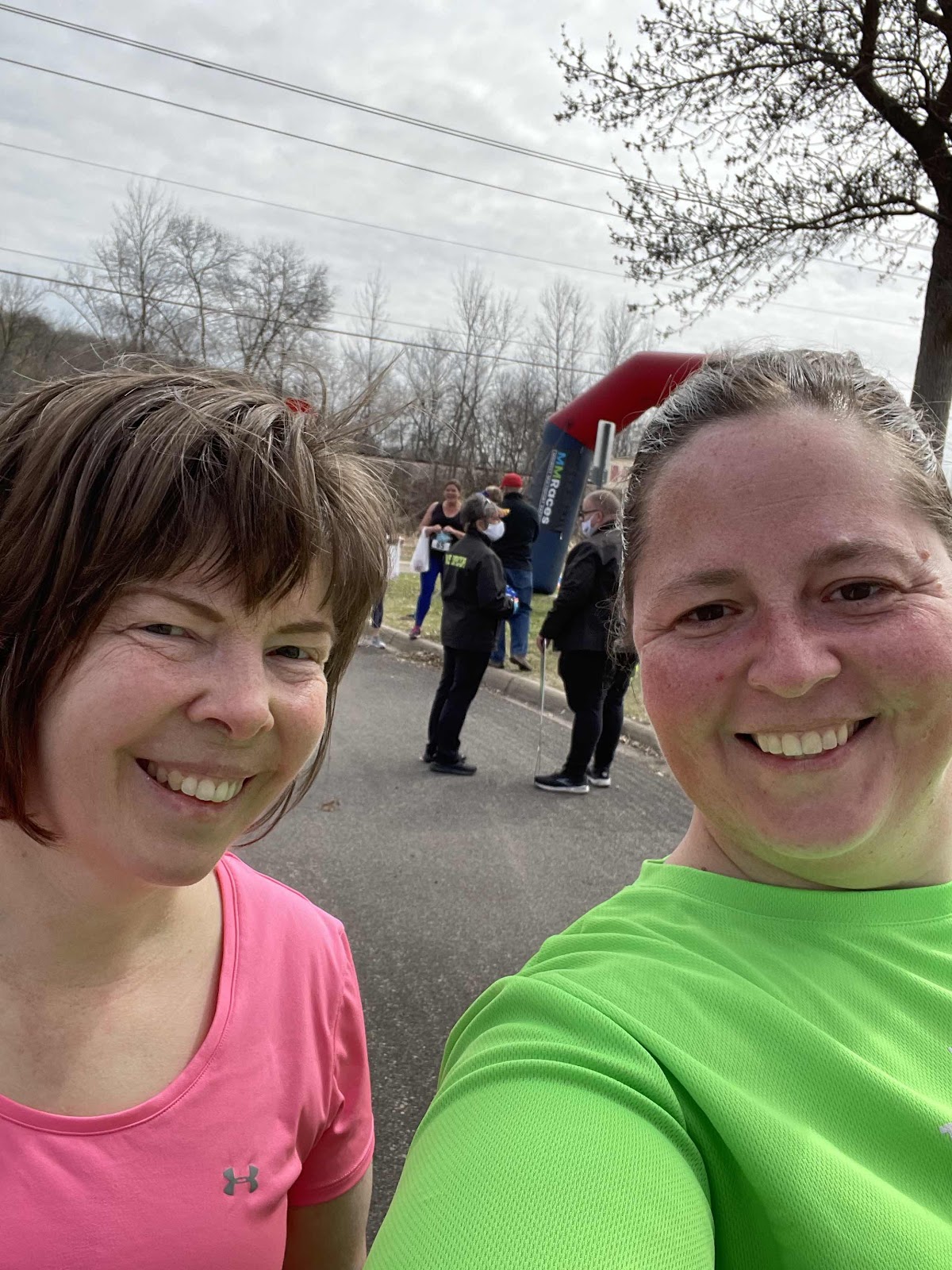 Posted by KimmerBee at 2:05 PM No comments:

We spent the weekend at Bonnie's house in Omaha. It was so nice to see family again! Eric bought a gigantic chocolate bunny. It was very good but unfortunately melted on the car ride home. HAHA! 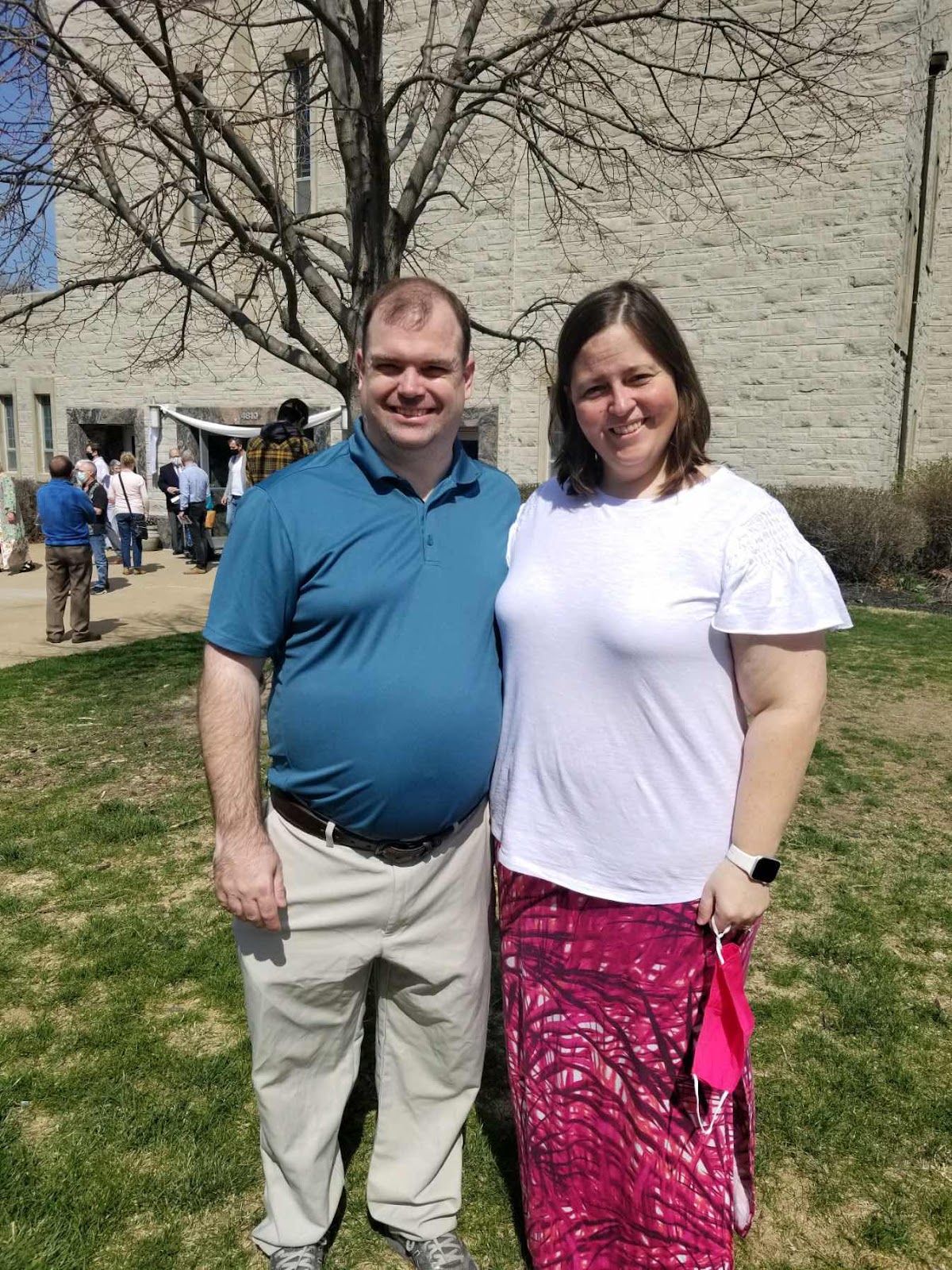 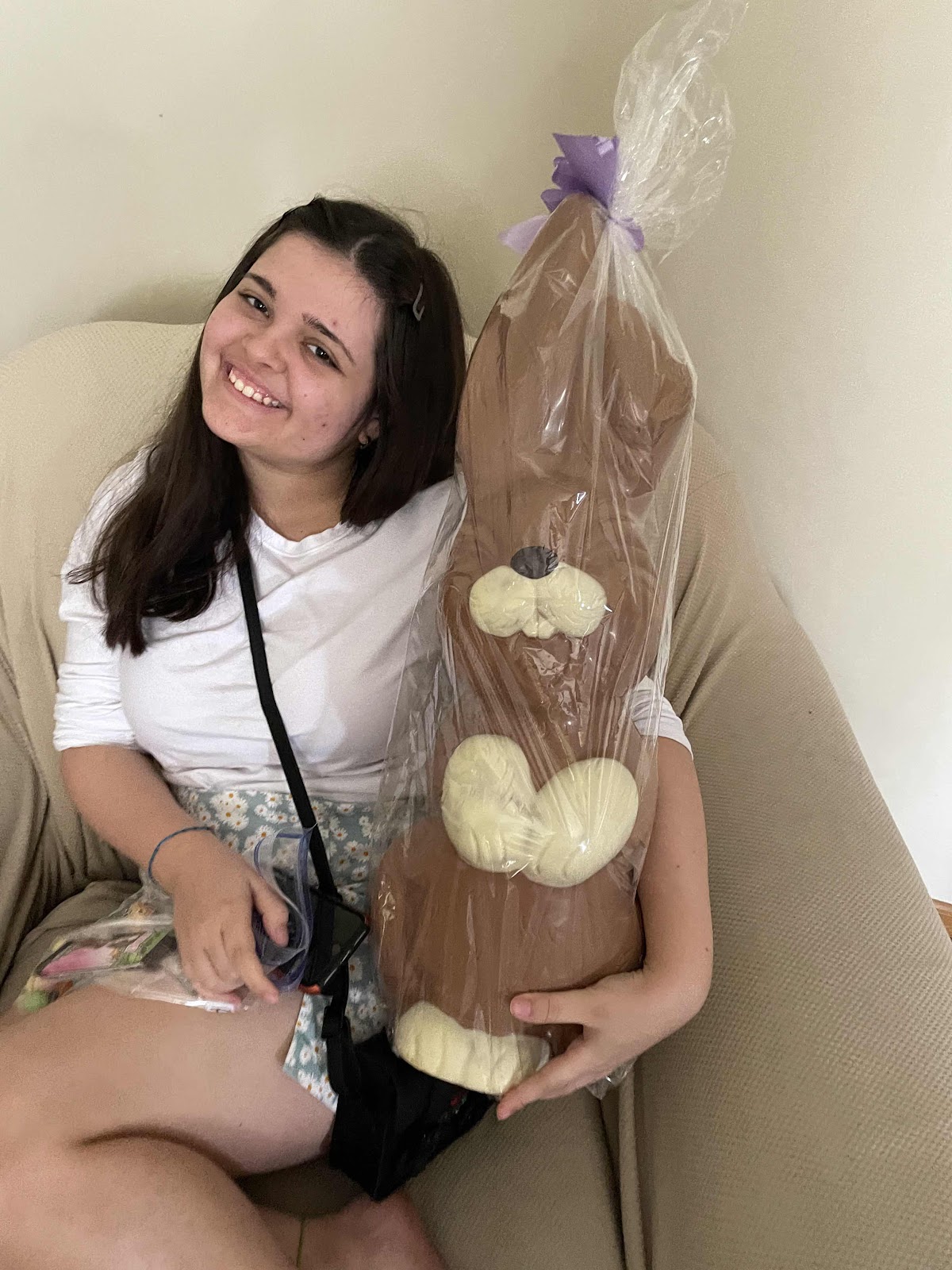 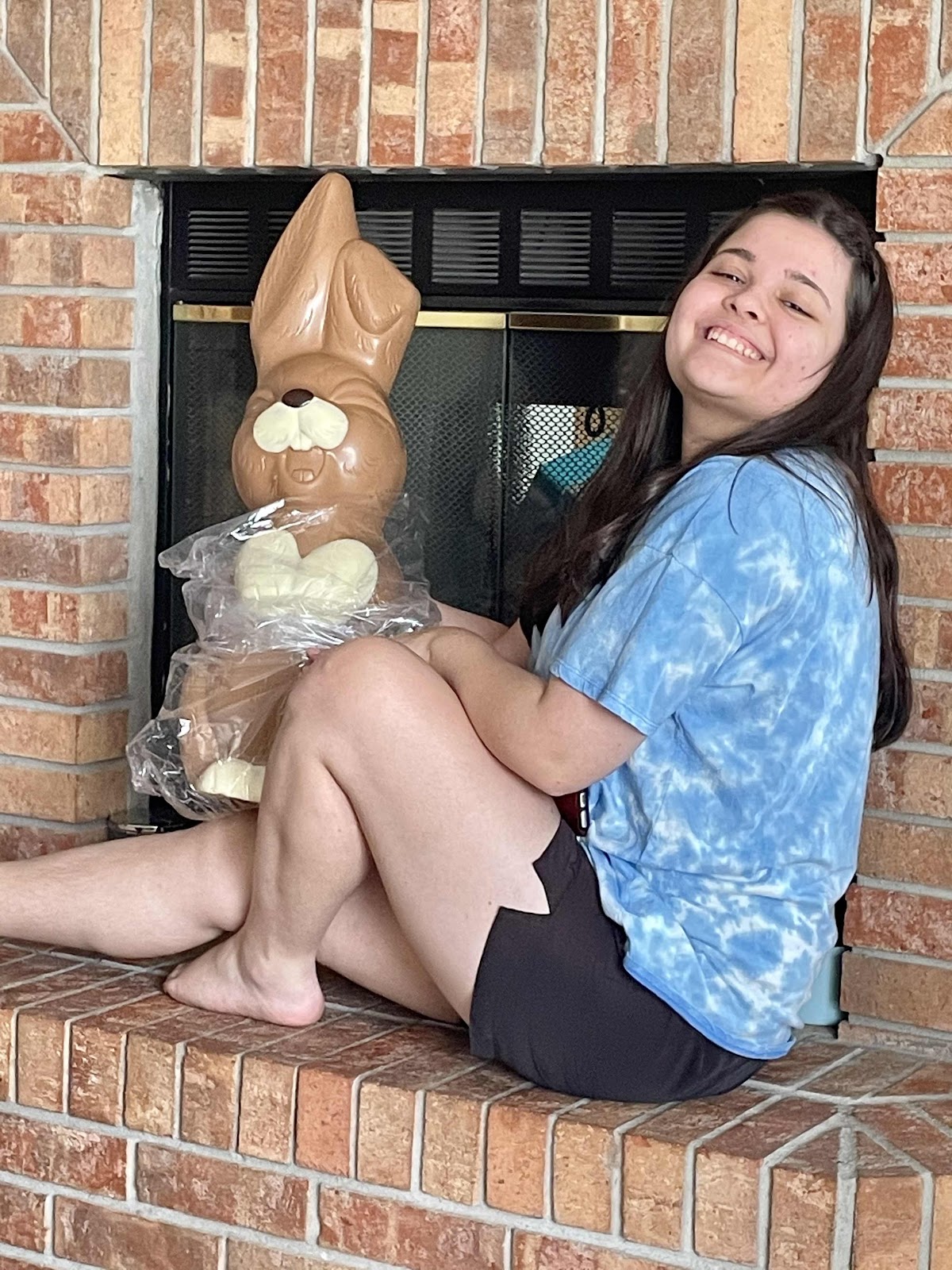 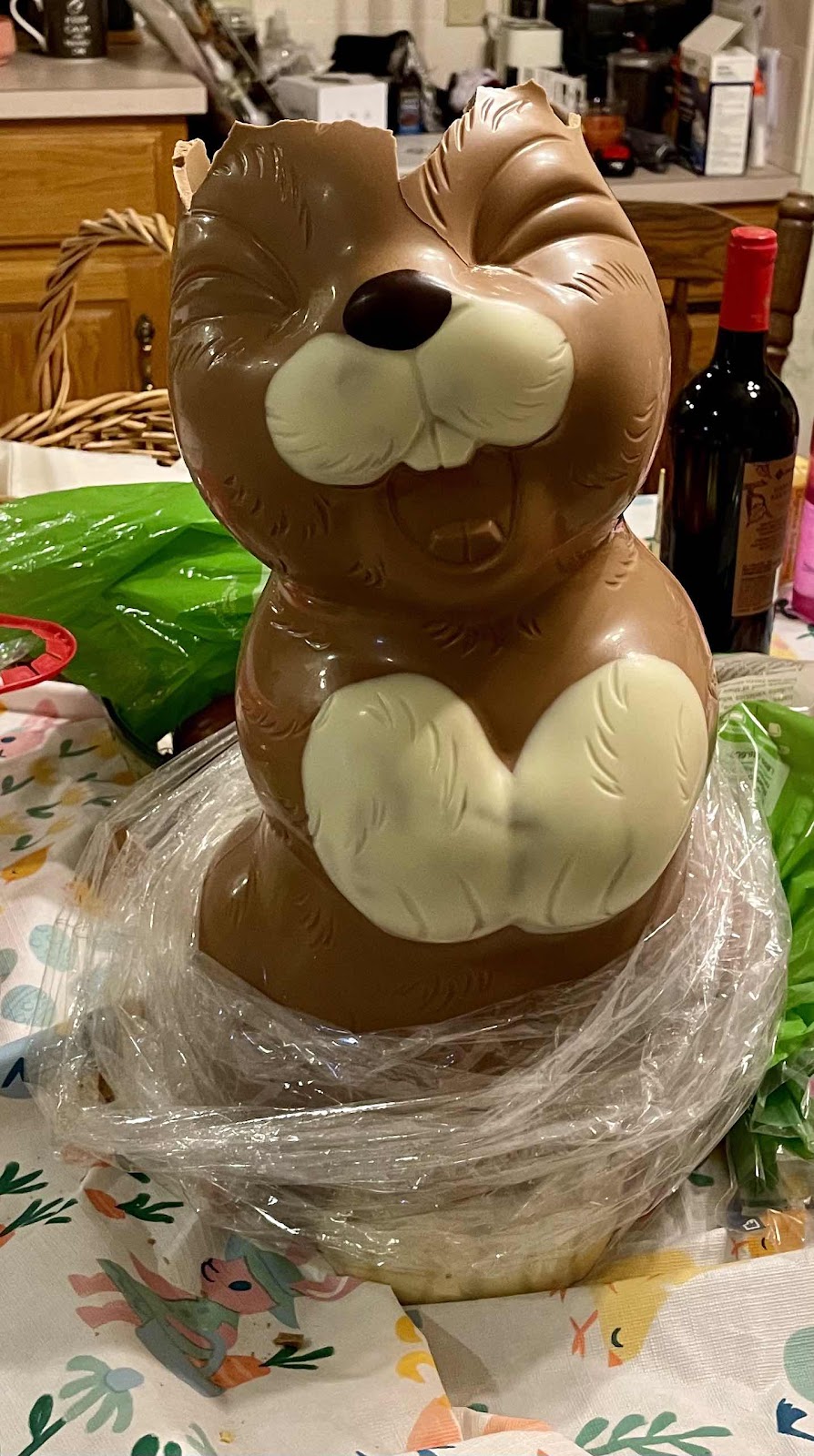 Posted by KimmerBee at 1:43 PM No comments: