I am race day curse. Another thunderstorm on race day. Great! We arrived at Lola’s about an hour before race time. The line for bib pick up was crazy. And it was pour rain so we were soaked before we even start the race…and I had a rain jacket on! As we were standing in line there was an announcement that the race was on and if there was any lightning there would be an automatic 30 minute rain delay. About 15 seconds after that <Boom>, <crack>, <flash>.

Yep, 30 minute delay.
It is probably a good thing because the wifi went down so all of us standing in line to get our bibs had to just stand there until they could register us. Not cool but I guess not their fault. We got our bib and ran back to the car to warm up. It was also cold. We eventually made our way to the start and we were on our way. 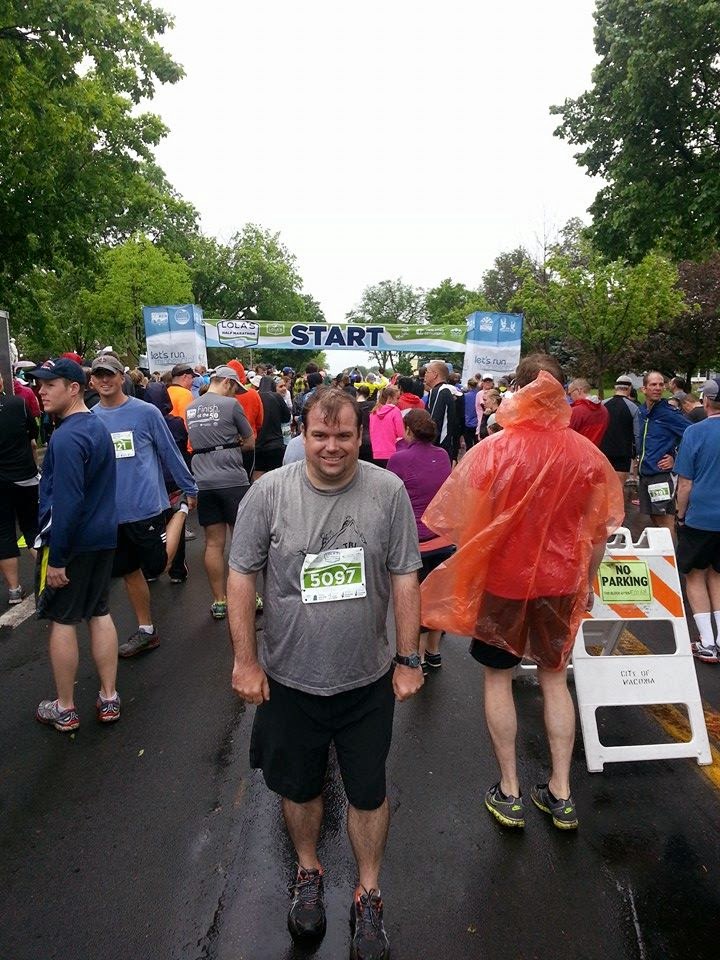 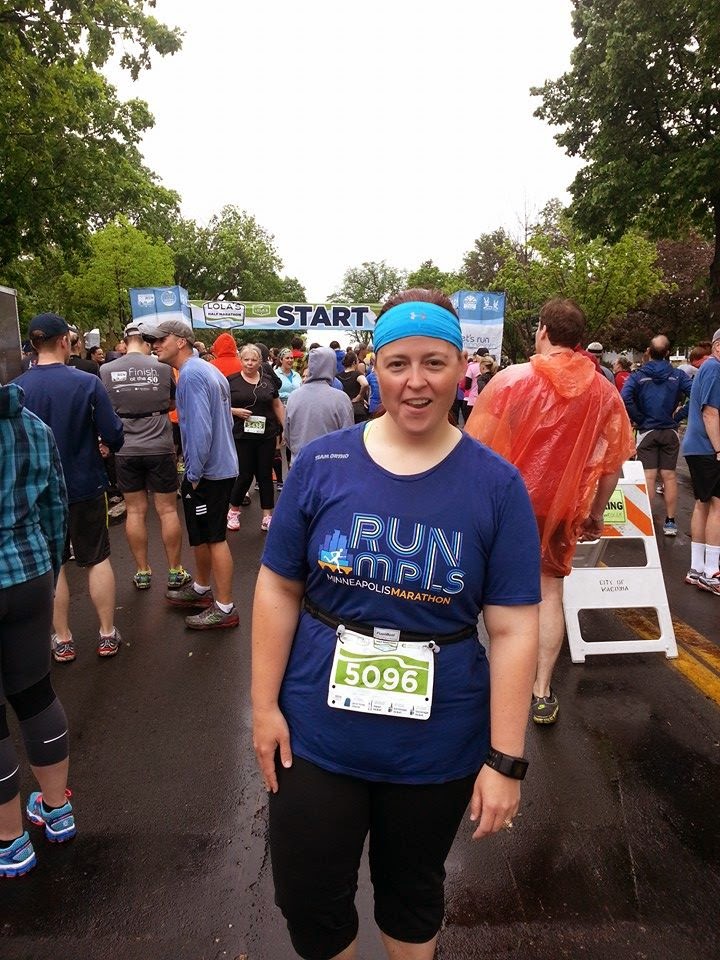 The first part was downhill which is awesome but of course what goes down must go up and so after the first downhill we immediately had to go back up. Argh. The first mile was great. I finished under 11 minutes. I was so happy especially since my runs lately have been terrible.

Mile 2 was much slower but still under 12 so that is good. I don’t really remember much about mile 2 other than being passed by some of the dogs, the Dog Day 5K started 10 minutes after us so these people seriously were booking it. I know there were more hills.

Mile 3 was even slower than 2 but it was still under 12:30 so I guess I’m ok with this. Again more hills. This course had way more hills than I had planned for. But a good thing is I never walked any of them. The only place I walked was during the water break.  My time was 36:04. Yep…If I would have just myself a little bit more I would have cracked in to the 35s. I was disappointed by that but it gives me something to strive for on the next 5K. 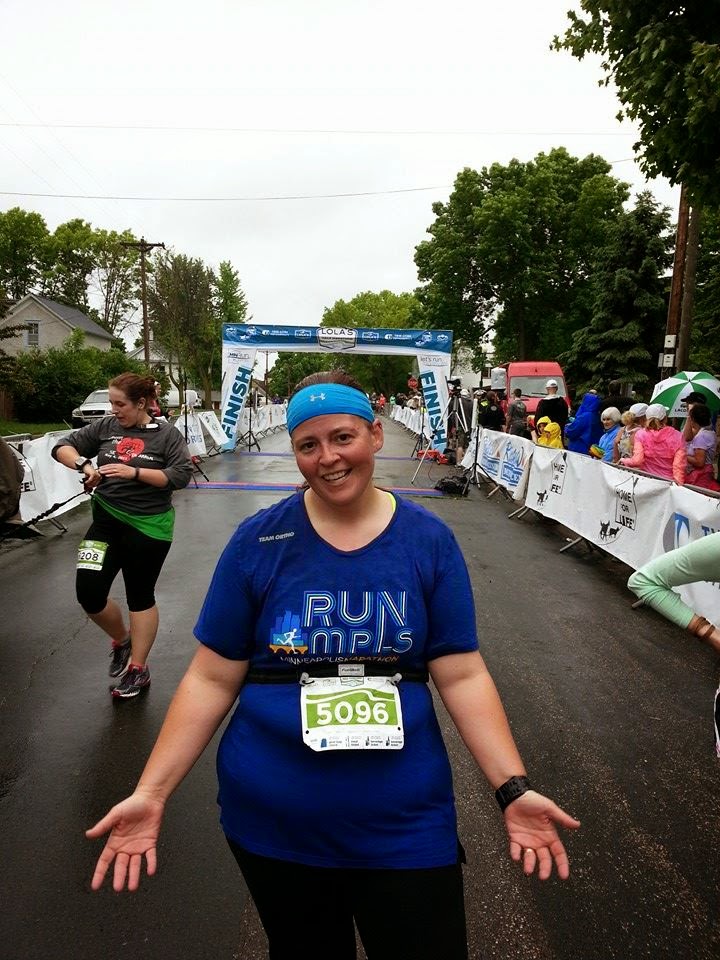 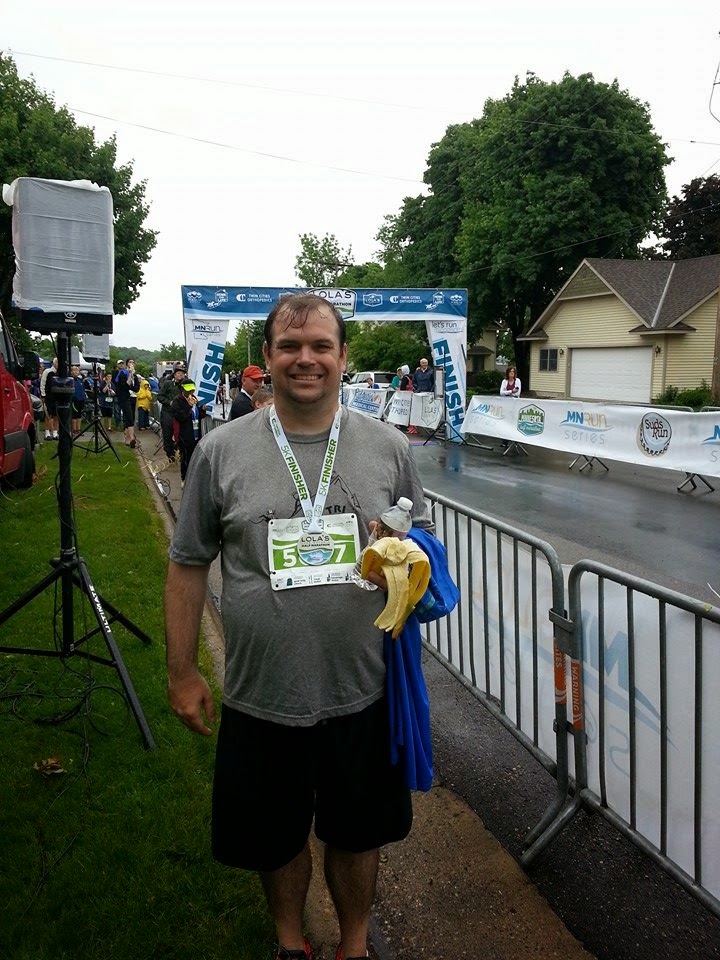 The rain went away before the race started and pretty much stayed away for the run. It was drizzling a bit but that was it. After the race we got out bananas, Salted Nut Roll, shirt and medal: 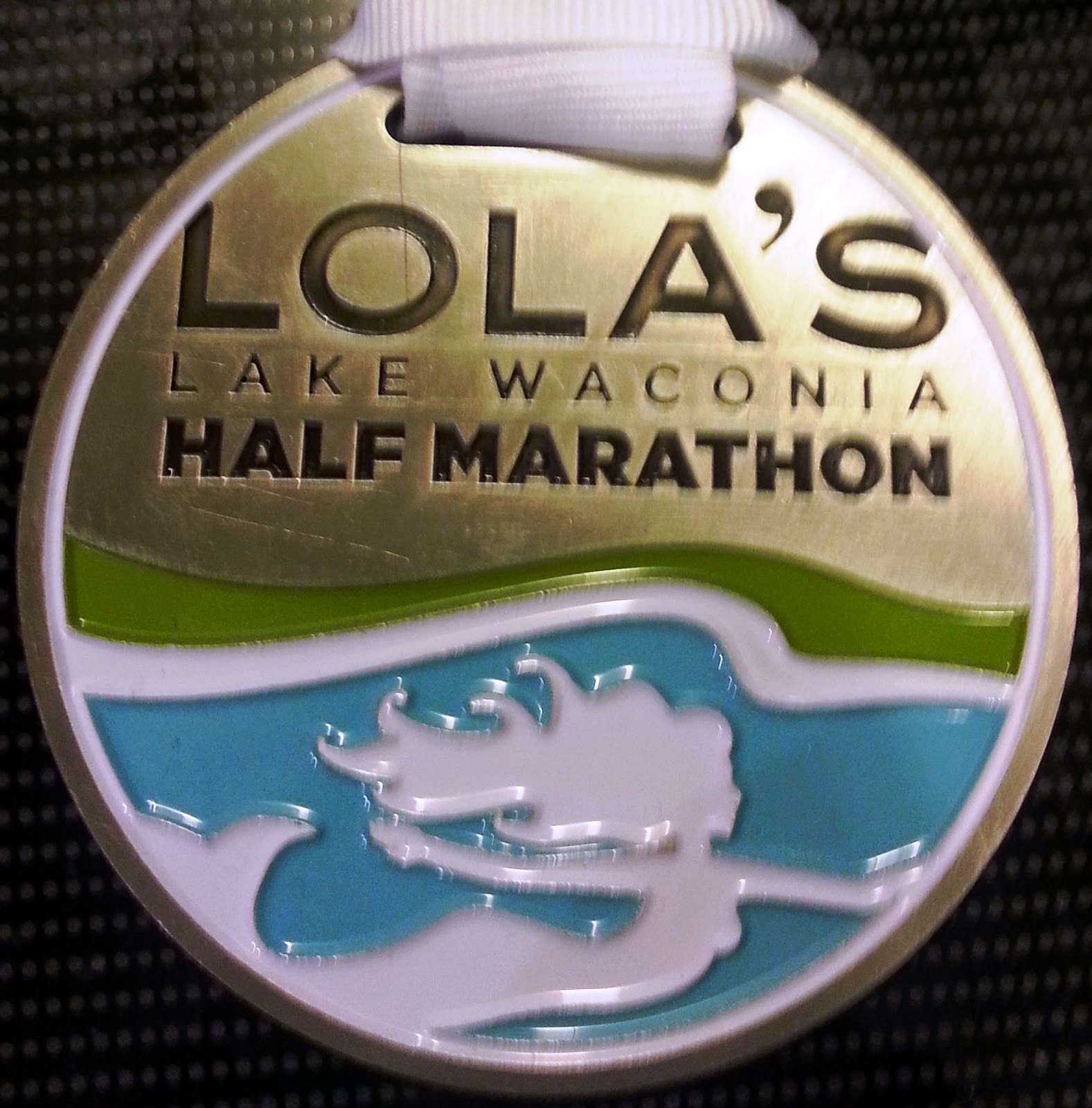 After Race Crash
We stopped at Mc Donald’s for some breakfast. We were starving because we didn’t plan on the delay so we didn’t eat breakfast. We got home and I crashed. I started falling asleep on the couch and couldn’t warm up so I went up to bed and crawled under the covers with the heated mattress pad ON!  I couldn’t believe how cold I was. About 2 hours later Eric woke me up. I want to stay sleeping. I think standing in the rain for almost an hour and then running knocked me out.

We went to 4:30 Mass and found out we are losing two of our priests in July. Thankfully Father Boedy, the retired Jesuit, is staying around. I like him…and he seems to be the only priest we ever see.

I made a quick dinner and did laundry the rest of the night and that was it.
Posted by KimmerBee at 8:49 PM