The Day Arizona Got a Foot of Snow

Today was a tough day. I woke early to say good bye to Eric and Tracie as they made their way to Rapid City for Dan's funeral. I tried to get some more sleep after they left but it wasn’t happening. My heart is sad. Today was supposed to be our Grand Canyon day. We didn’t get there…a foot of snow in northern Arizona closed I-40 so it wasn’t meant to be.

Big Shot at the Stratosphere
After Allista woke up we decided to do a day of fun in Vegas. We started out going up to the top of the Stratosphere. Mike wanted to see if he could fit in the Big Shot ride. He did!  It was so cold and windy up there! After the ride we walked around the top and watched one of those crazy rides that extends out of the tower and looks down…not doing it! 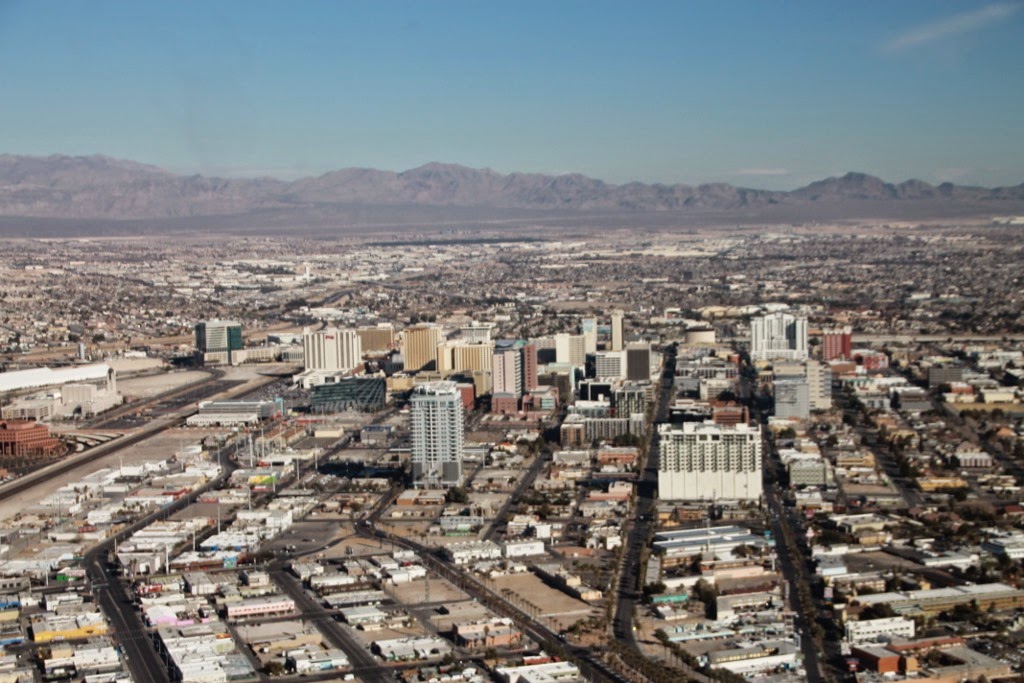 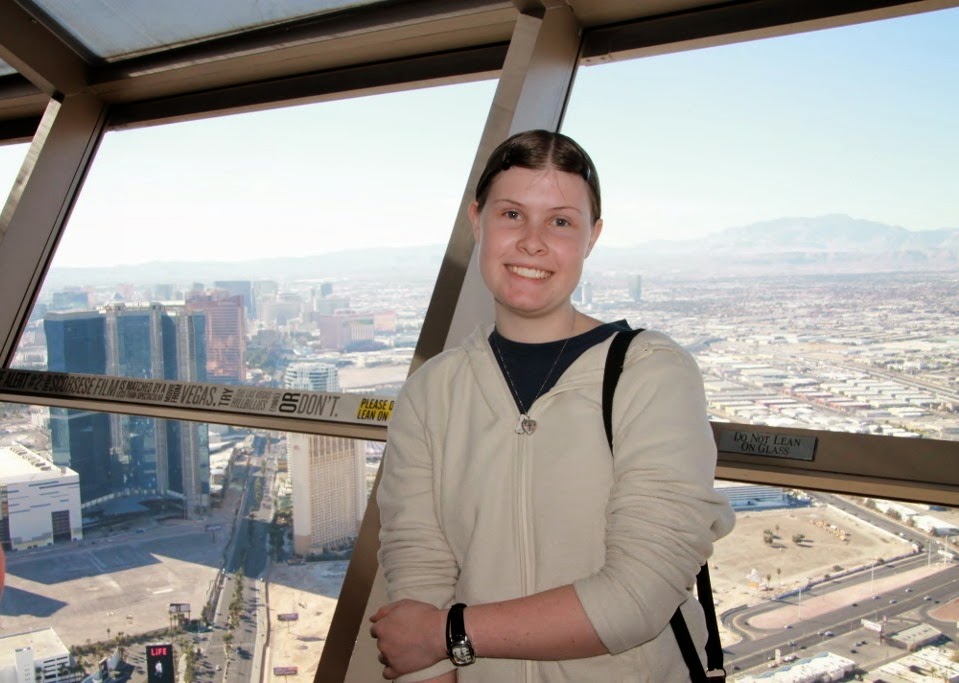 Toby Keith's I Love This Bar & Grill
After the rollercoaster we went out for lunch at Toby’s Keith’s place. It was ok. We had some appetizers and Mike had a wrap. The waitresses were scantily dressed which was out of place for country place. Oh well.

High Roller at the LINQ
The newest attraction in Vegas, which opened in 2014, is the High Roller Wheel. It is 550-foot tall. High Roller is 9 feet taller than the 541-foot Singapore Flyer, which held the record for the world's tallest observation wheel from its opening in 2008 until High Roller opened to the public on March 31, 2014. It was a cool ride. It lasted 30 minutes: 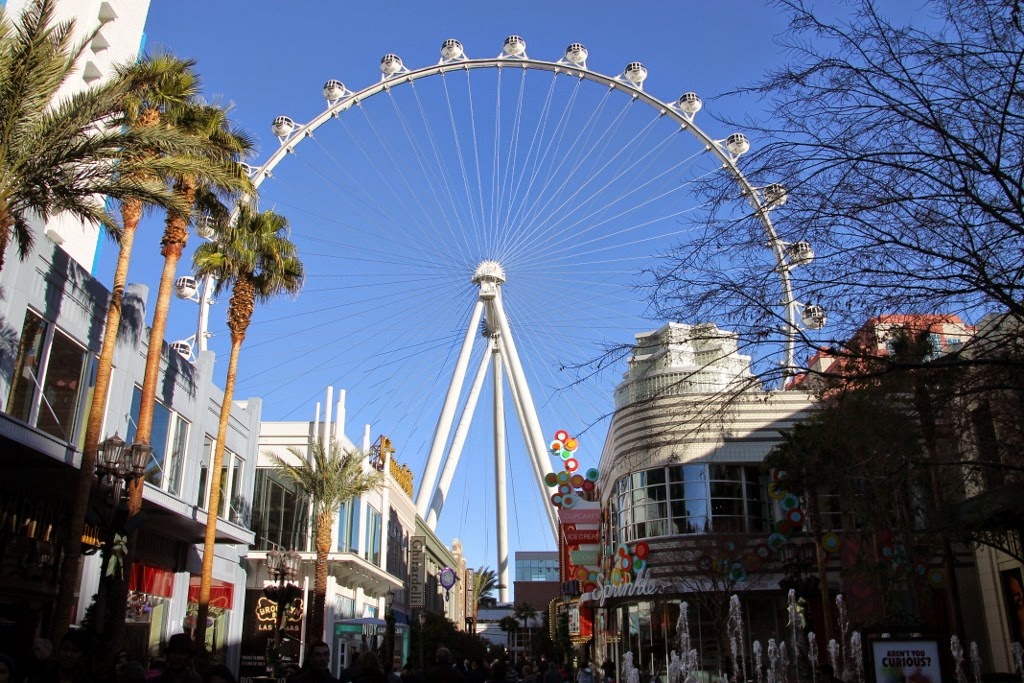 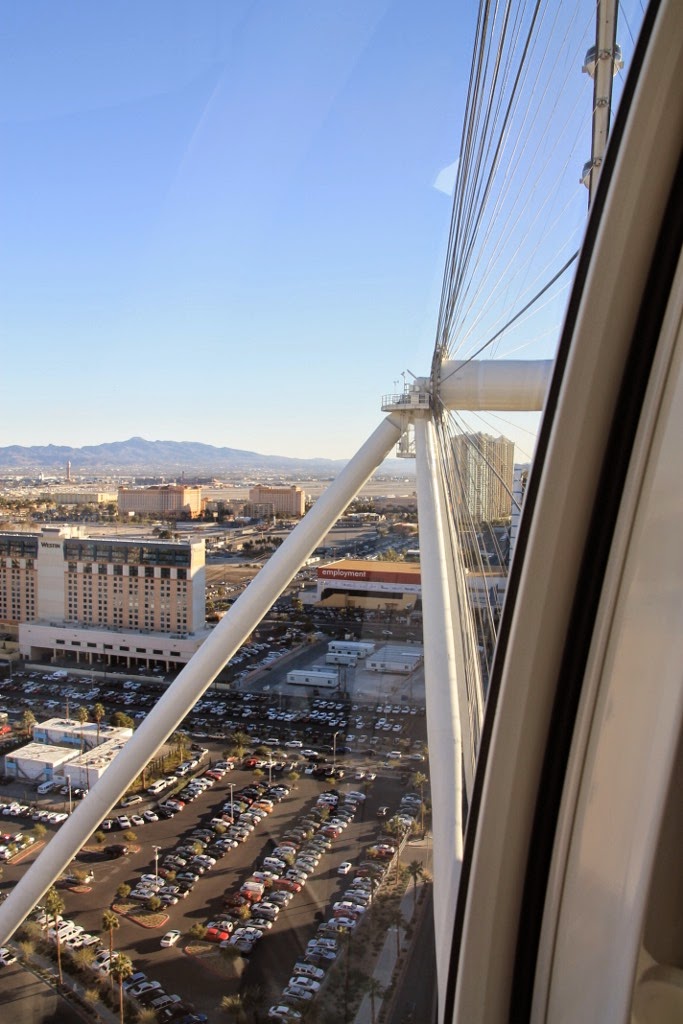 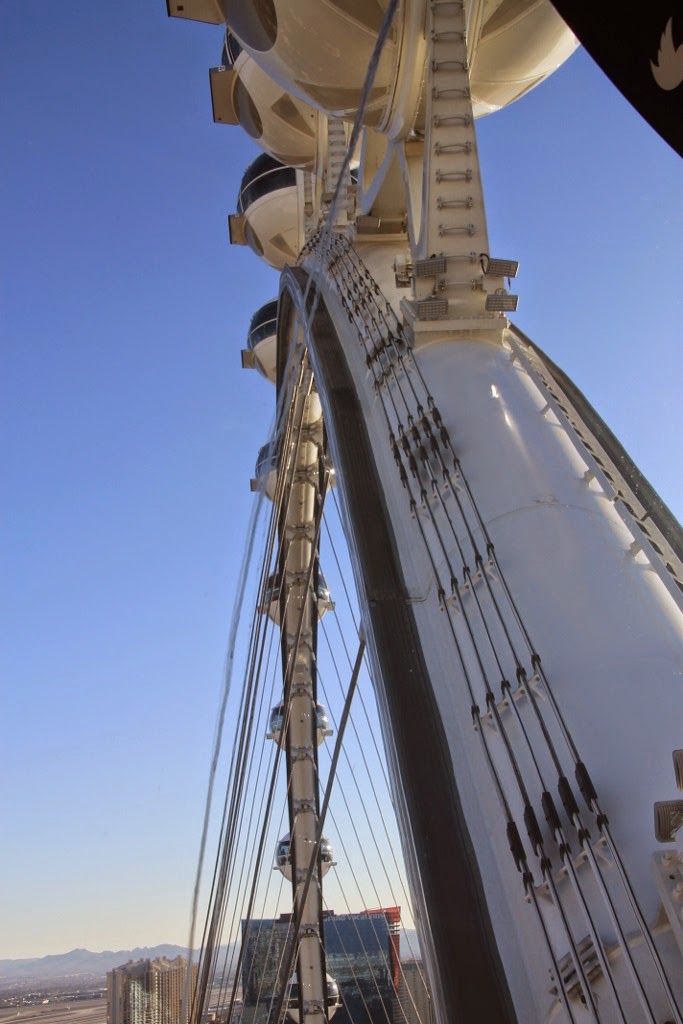 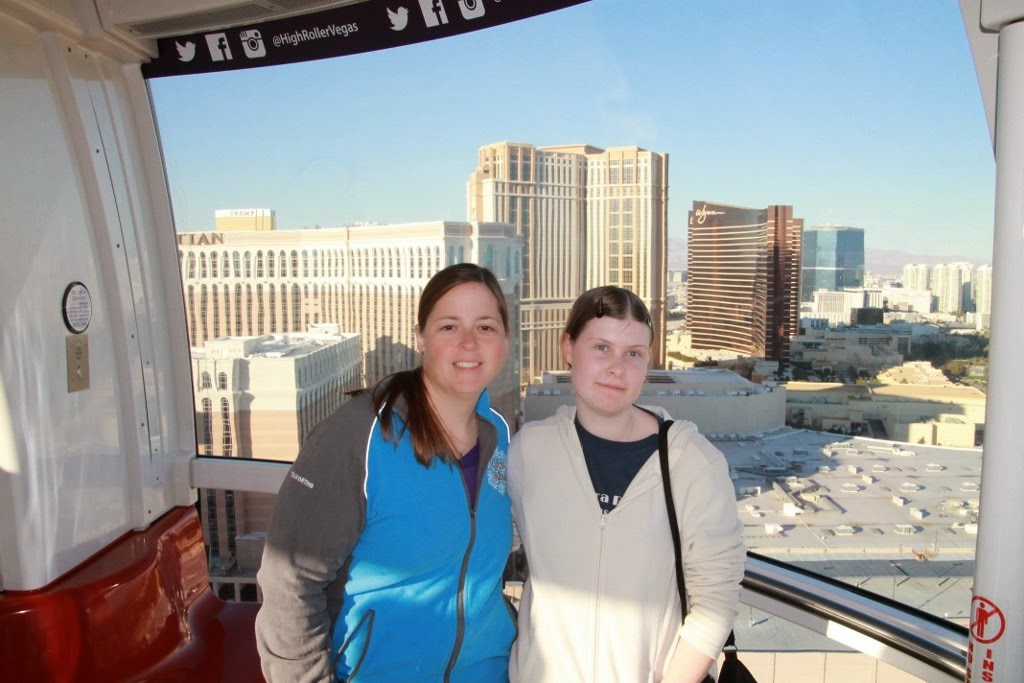 Fremont Street
After that we ventured back to Pahrump to drop Allista off and headed for Downtown Las Vegas and the Fremont Street Experience…not my favorite spot but it was ok. We stayed at the D’s. The hotel was nicely remodeled but outside our room is stage and the band is very loud!
Posted by KimmerBee at 12:00 AM