2014 was a great year for running. My pace went from 13:43 in January to 11:53 in November (December went up a bit-too much food!). Most of the runs were outside which is incredible considering how cold it was at the beginning of the year. I did 25 races and got quite a few medals. I’m very proud of them. I completed my first 10K race in May (it was actually an 11K) and completed 2 more by years end. Some races were great like the Reindeer Run and the Mankato 10K. Some were not so good like the Resolution Run (last run of the year) and the Suds Run (I had bronchitis!). I learned a lot over the year. I learned that you are not going to get a PR at each race.

I also started speed work outs in October and it helped immensely with my races in October, November and December. There was an immediate improvement! My September 5ks were over 36 minutes. By November it was down to ~33:35. Over 2 minutes in 2 months, that is amazing.

I have run in some amazing places too. Including 8 States (California, Washington, Nevada, Colorado, Nebraska, South Dakota, Wisconsin, Minnesota) and 3 Countries (US, Canada and Iceland).  The most beautiful run was the 11K in San Francisco. It was breathtaking (in more ways than one…OMG hills!).

It was a great year! 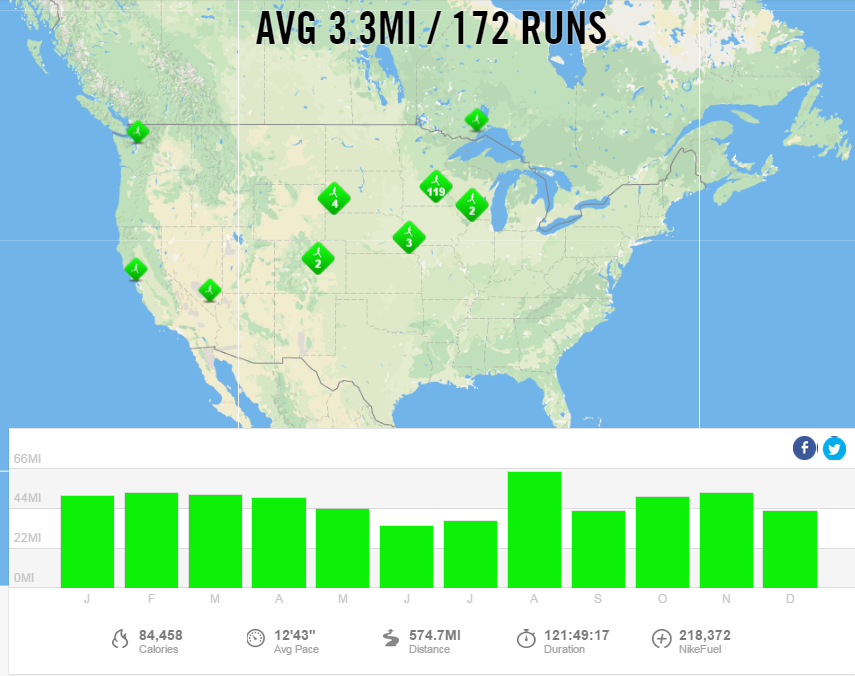 Iceland couldn't fit on the map above. Here is Iceland: 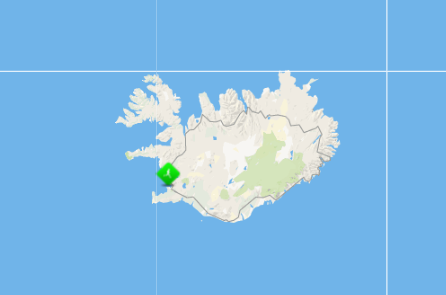 Posted by KimmerBee at 1:59 AM