A great race for me.

Getting there…
Monster Dash is a huge race, probably the biggest I’ve ever entered. There over 7,000 in the 5K alone. An additionally 11,000 people did the 10 mile and half marathon. It was very chaotic! The lineup of cars trying to get off at Kellogg Blvd. to park was a mile long. We were smart enough to go past them and park near the Union Depot. We only paid $4 for parking and got right in. Win for us. The walk to the start was about a mile away. So it was our pre-race warmup. Like I said there were lots of people there: 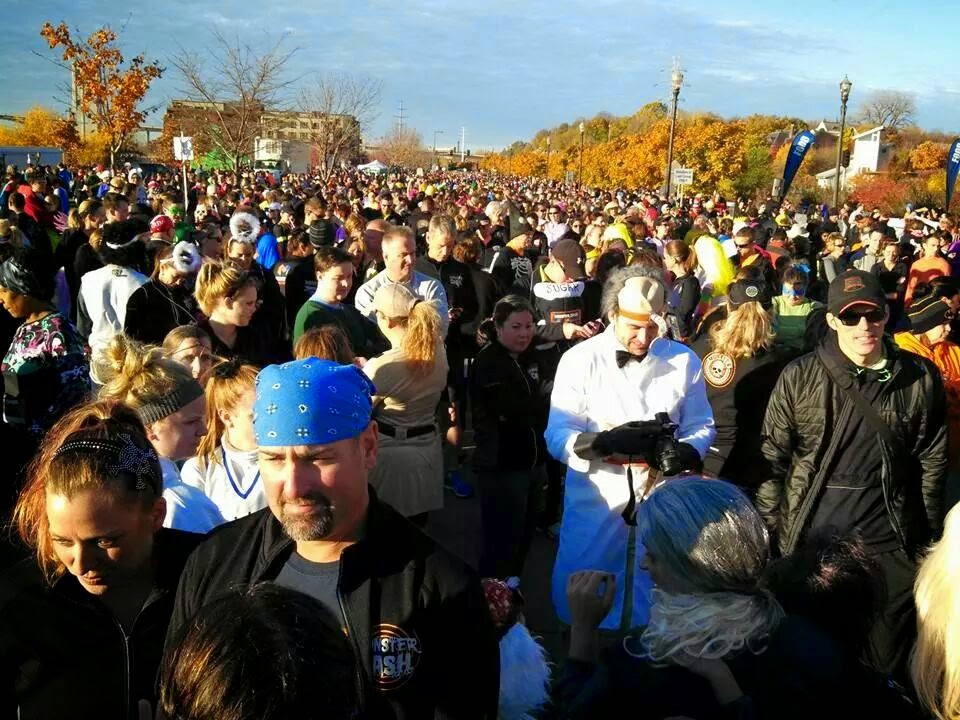 We lined up near the front. I wasn’t about to wait forever to start this thing. It was cold I wanted to be done. Mike and Bradley were walking, DJ, Eric and I were running. 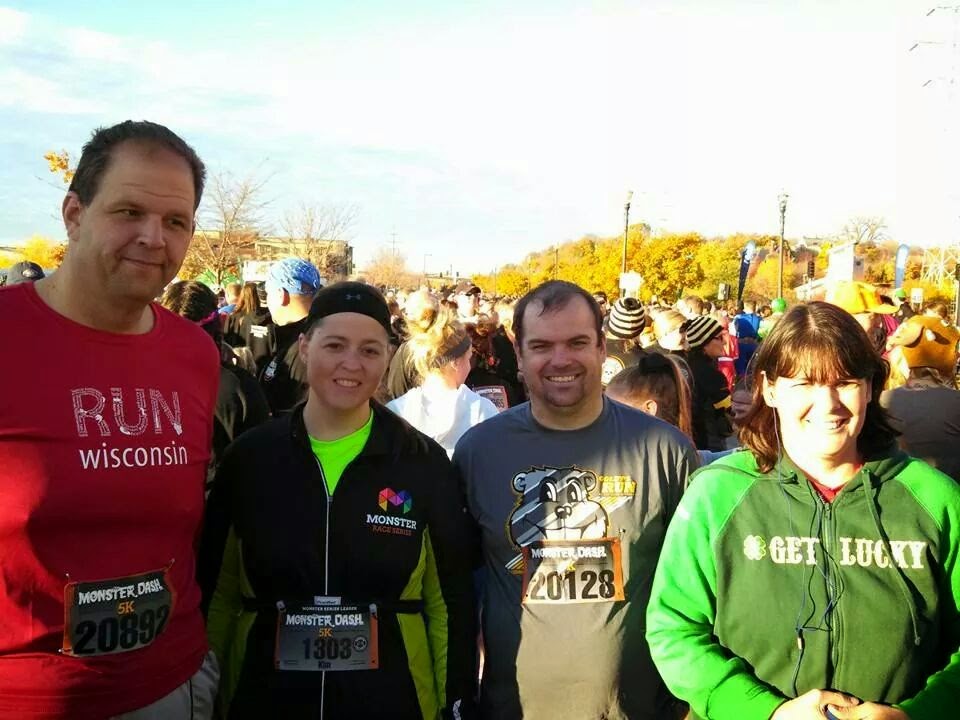 The Start
The event wasn’t chipped time and there really wasn’t any waves by time. It was just a massive amount of people started at the same time of varying paces…including walkers. I started out ok. The first mile was relatively flat and my average pace was 11:05. Not bad for mile one.

The Middle
Mile 2 is where it got fun…NOT!  It was an uphill climb most of the way, well ok only half of the way. But it sucked. And it sucked the wind out of me. Also during mile 2 was the water stop and trick or treat stop. Being the stupid runner that I am, I took the Sixlets and enjoyed it…but then my mouth was all waxy and I didn’t like that so much. I really should have avoided the Sixlets until after the race…lesson learned.  The uphill and water/candy stop really hurt my mile 2 and I came in with a time of 11:33. My moving time was 11:14 so I wasted 19 seconds drinking water and eating candy…bad me.

The End
I had a great finish. I thought a new personal record (PR) would be out of reach with that dang hill but we had a nice downhill during mile 3 (which consequently I have to run up this weekend for Chocolate Frolic…not looking forward to that!). I actually got ahead of Eric and DJ on the downhill. I’m good at them. I need to the all downhill half marathon in Utah! My mile 3 time was 10:37. I like that my last miles are becoming my fastest…but it means that I should be faster than I am because if I have enough in the tank to finish that fast I should have enough to run faster throughout the run but I digress. The last .18 of a mile was at 9:13 pace. This doesn’t surprise me. During my speed workouts, I have been getting down to the 9:15 pace for a quarter of a mile. I’m very happy. 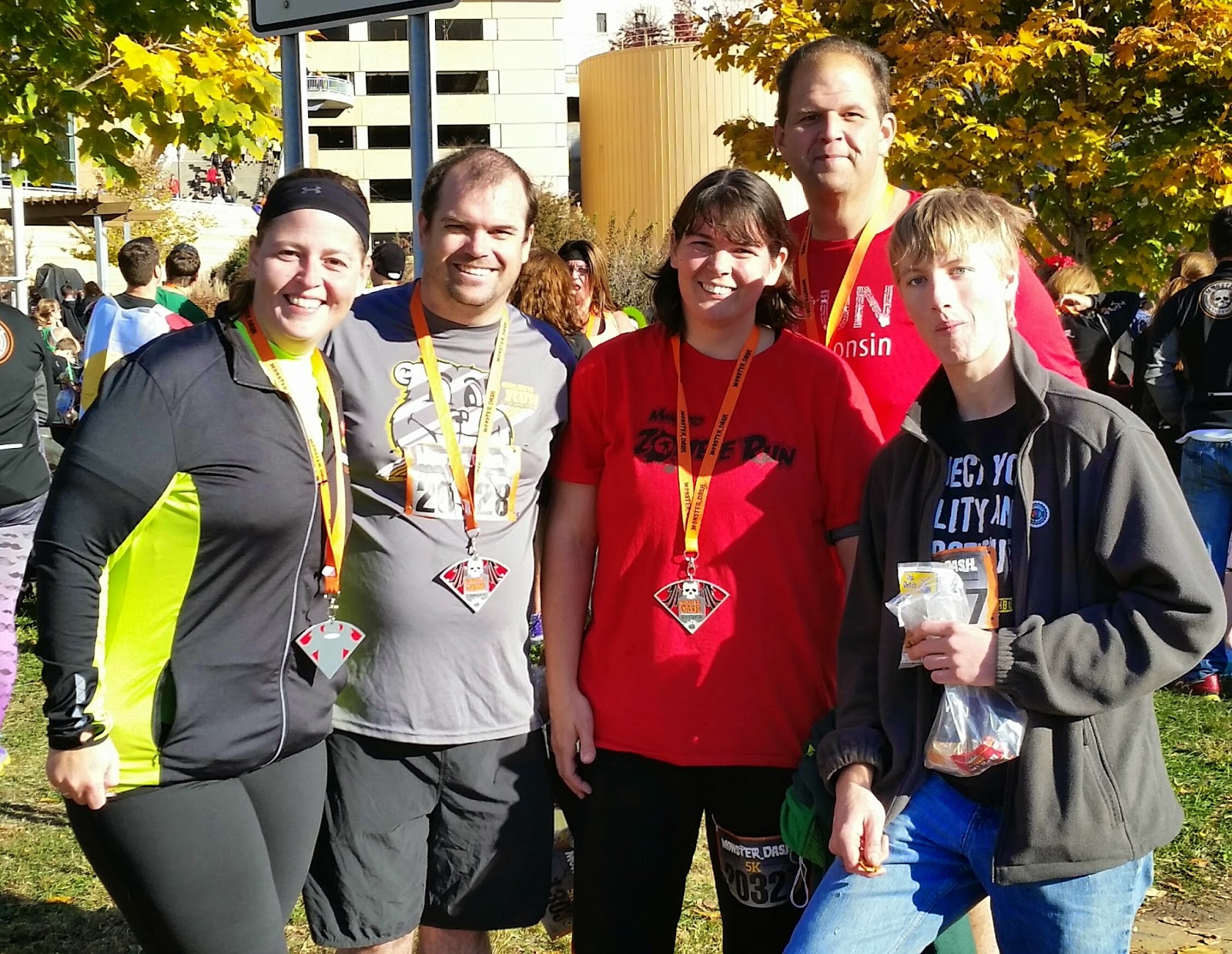 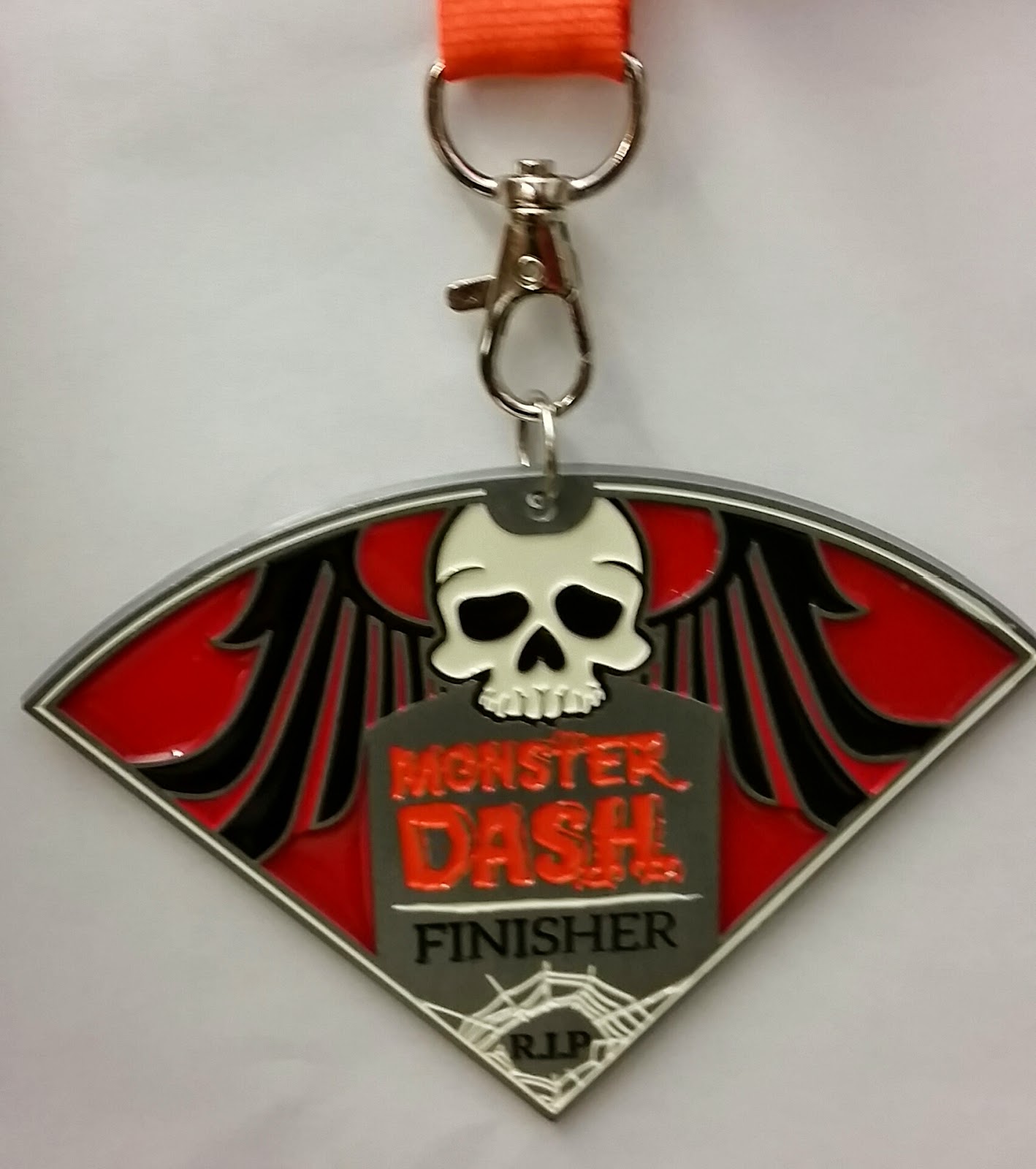 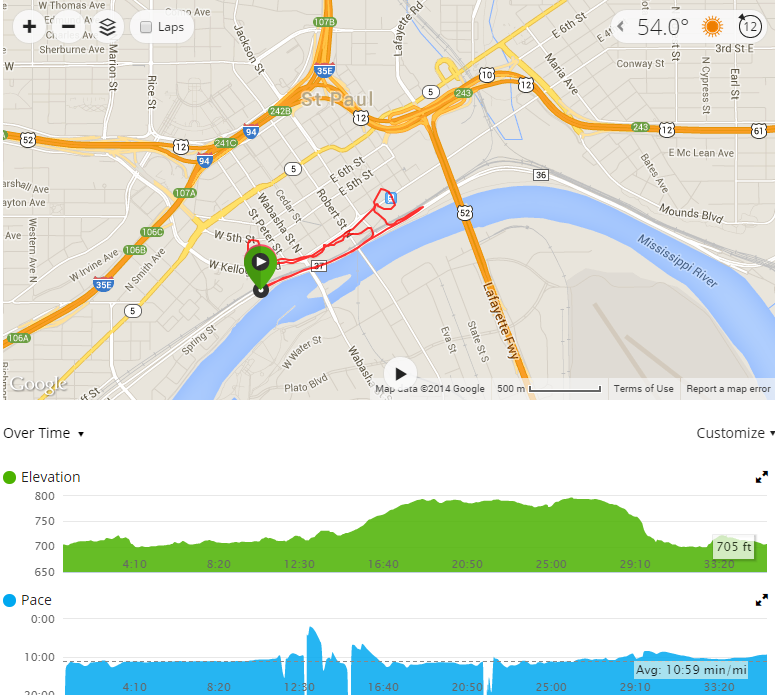 Posted by KimmerBee at 3:37 PM