We had a great weekend in Mankato with family. We met my mom and Mike and Danielle and Bradley’s house. We had lunch at Culver’s and then we split up. Mike, Eric and I went to the Mankato Marathon Expo and the other three went back the apartment. The Expo was nice, not as big as the TC marathon but that one is huge.  We got our shirts...sadly they were out of the XL and XXL shirts for the 5K so Mike was stuck with a large. We got XL shirts for the 10K and gave one to Mike and it fits! He is melting away!

Expo and Pork Power 5K
After the Expo we got ready for the Pork Power 5K. I was going to walk with Mike and Eric was going to run. There were only 554 people that did the 5K so it wasn’t too crowded and there were a lot of walkers. The water stop had bacon. I had a piece. It was ok…cold but tasty. It made me so thirsty though! Mike kept a very consistent pace and we finished in 46 minutes. It was just shy of a 5K but still very fast especially for walking! We met Mom, Bradley and Eric at the finish line. Eric finished in 27 minutes. Danielle was at her office working.
Japanese

We went back to Danielle and Bradley’s place afterwards and relaxed and got ready for dinner. We went to dinner with Bradley’s family, including his grandparents from Pittsburgh. Bradley chose Shogun for dinner. We sat around the grill and had Hibachi Chef so that was fun. I just ordered Chicken Teriyaki from the kitchen though. It was good.  I ate way too much!

Sunday Morning
Sunday was my big day. It was the day of my “breakout” 10K. The other 10Ks were not really road races. San Francisco was a trail run on sand, steps and gravel. And Chili 10K was technically a road race but it was also on grass and gravel and with only 10 entrants it was lonely. This was my 10K. I’ll talk more about that race in my race report but I will say I was very happy with 1:07 time. It was my fastest ever…the big downhill helped.

The Marathon
DJ was smart and went down to the 10K race. Brenda was still doing the Marathon. After mom and Mike left we went back to DJs to change and ventured out to find Brenda. We found at Mile 16. She was the last one and was on pace for 6:30 time. That would be faster than her Grandma’s Marathon time.  She looked like she was in pain. After we saw here we had to go back to DJs to pick up Beth and take her to work. We met Brenda again at mile 22. She was still last but was keeping up her walking pace.  We picked up some lunch and waited for Brenda at the finish line. Her time was 6:38. Not bad considering she heard “popping” noises in both feet at mile 5. I would have quit…she is way more mentally ready for the marathon than I would be. She also said it was the stupidest thing she ever did. 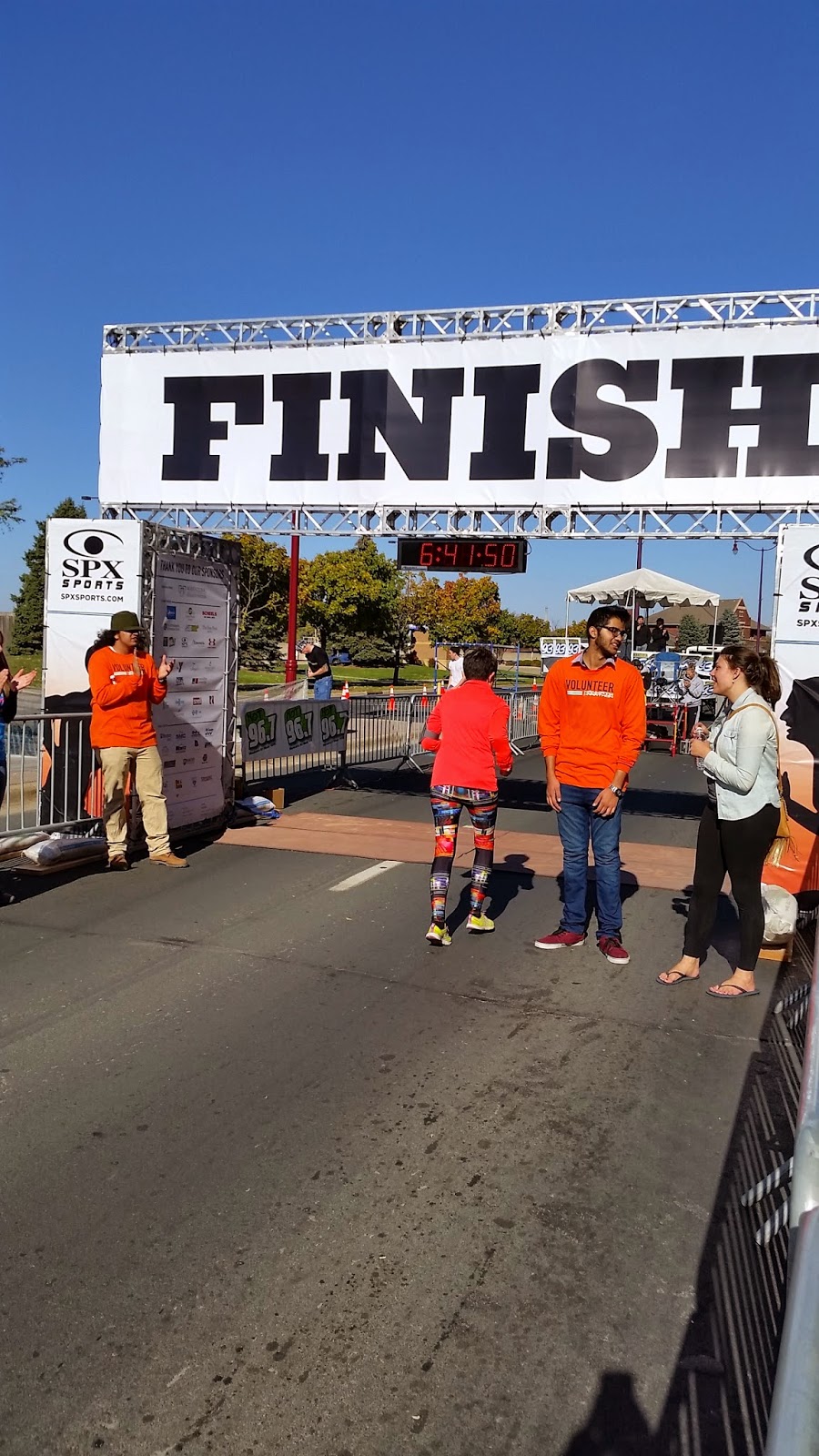 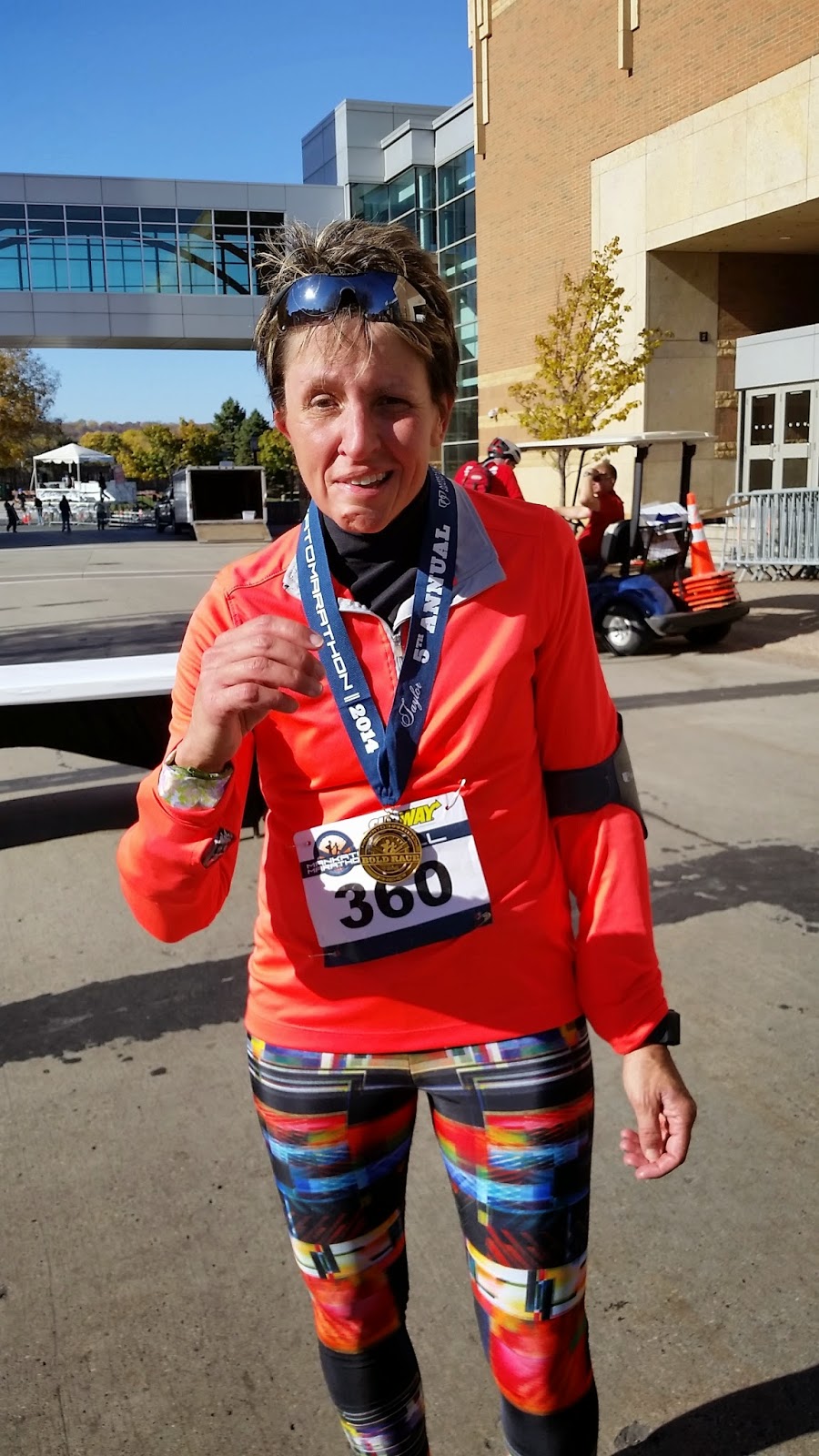 Posted by KimmerBee at 4:00 AM