The Expo
The Expo on Friday night was awesome. If I was rich, I would have walked out poor. But I didn’t buy anything!  I wanted to, but resisted the urge. I did, however sign us up for the Hot Chocolate 15K in April 2015. Yep, I signed up for a race that is over 9 miles long. I’m really wondering what I was thinking but I guess I have to take the plunge. I also had been toying with the idea of running the Lake Minnetonka Half Marathon in May 2015. We stopped by the Run MN booth and spun the wheel and guess what! I landed on the Lake Minnetonka Half Marathon. It must be fate because now I have a discount on the registration of that race.

The Start
It was a chilly morning with the temps in the 40s but the wind was whipping around 17 mph. It felt cold. I wore two layers.  I’m not sure how many people were in the 5K. There were over 2,000 finishers but there were people running the 5K who were doing what they call the “Looney Challenge” or “Ultra Looney Challenge.” These people would run the 5K, the 10K and the 10 mile or Marathon races. They were not included in our finisher count and there were a lot of them! 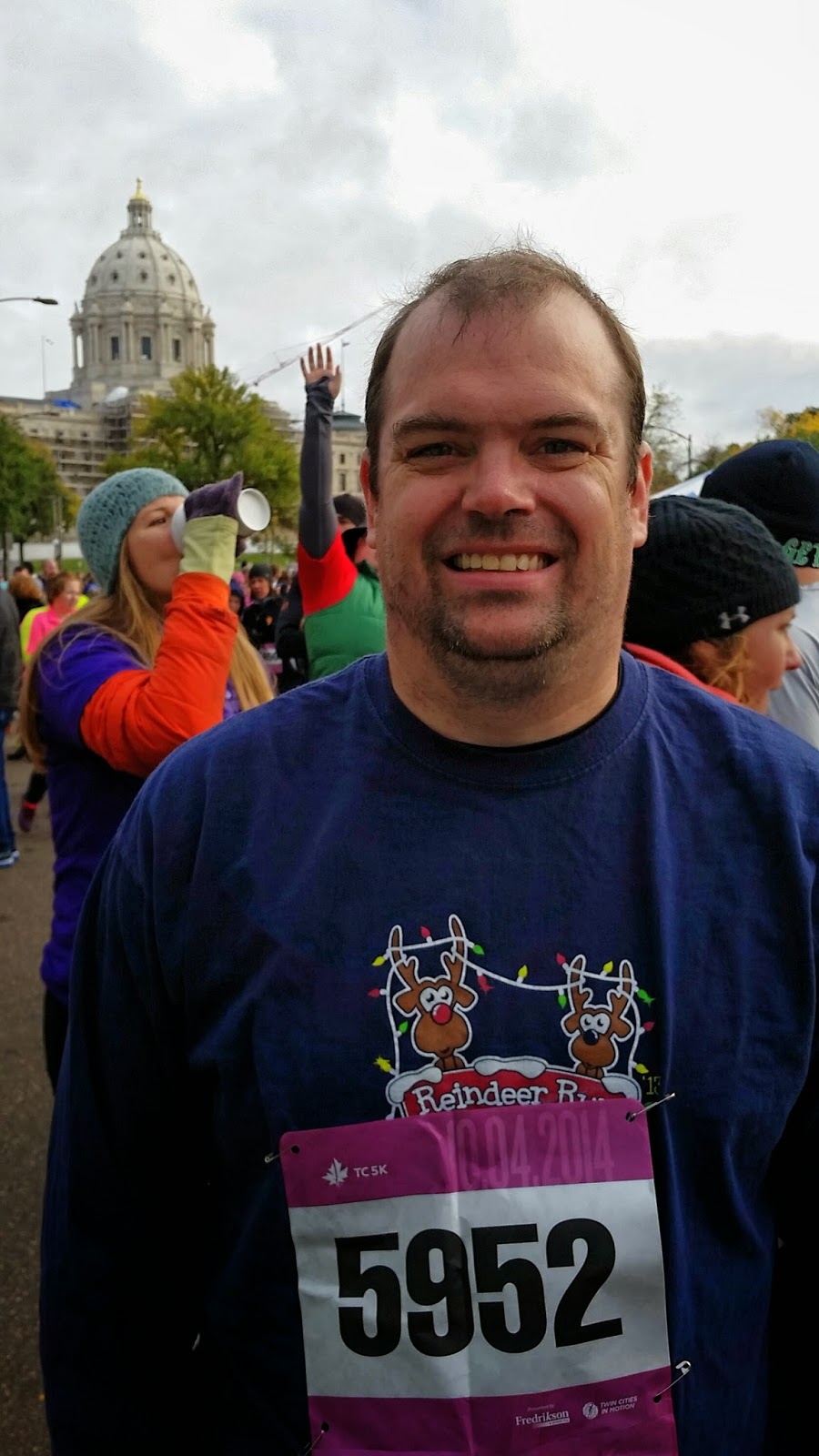 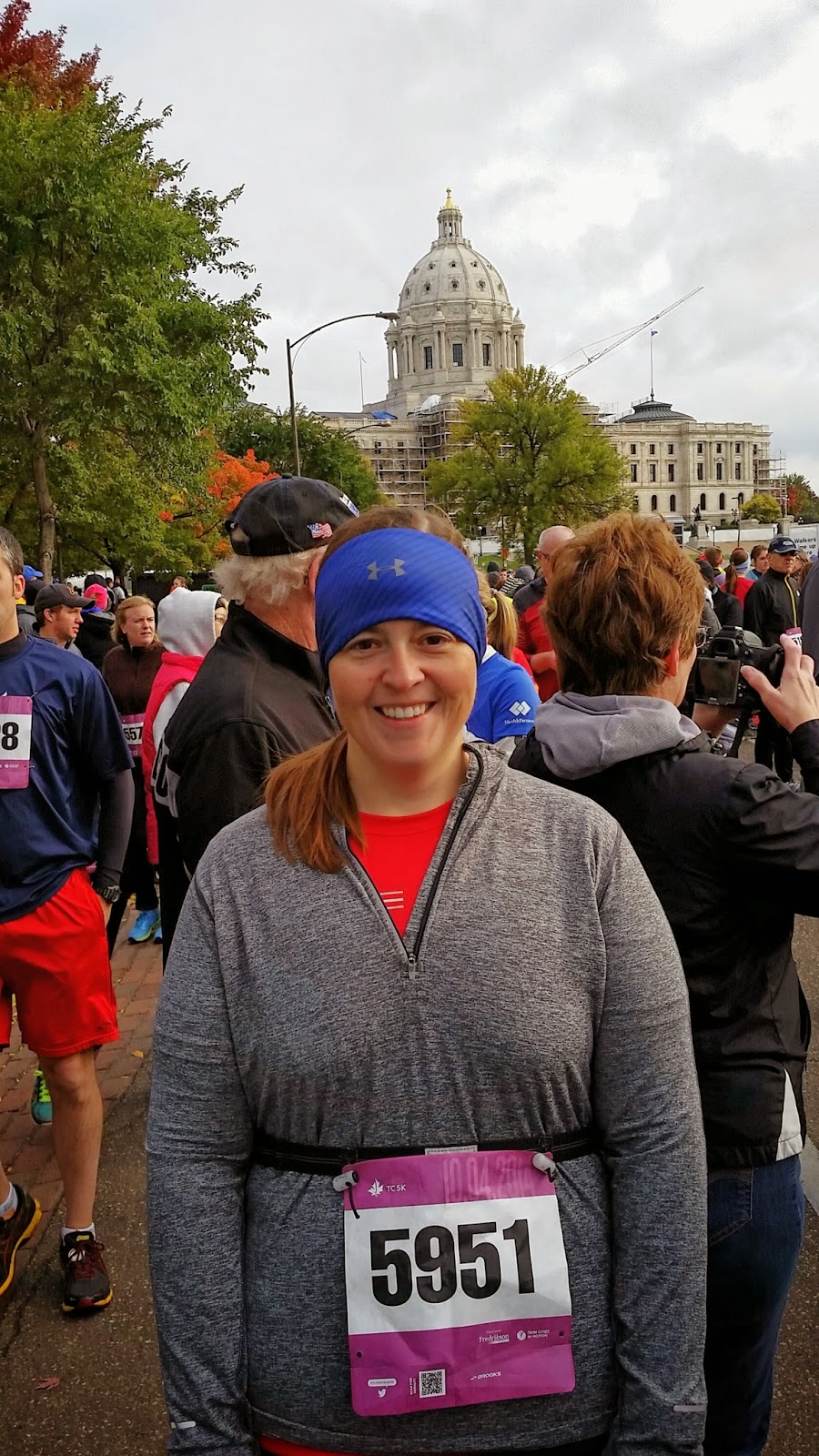 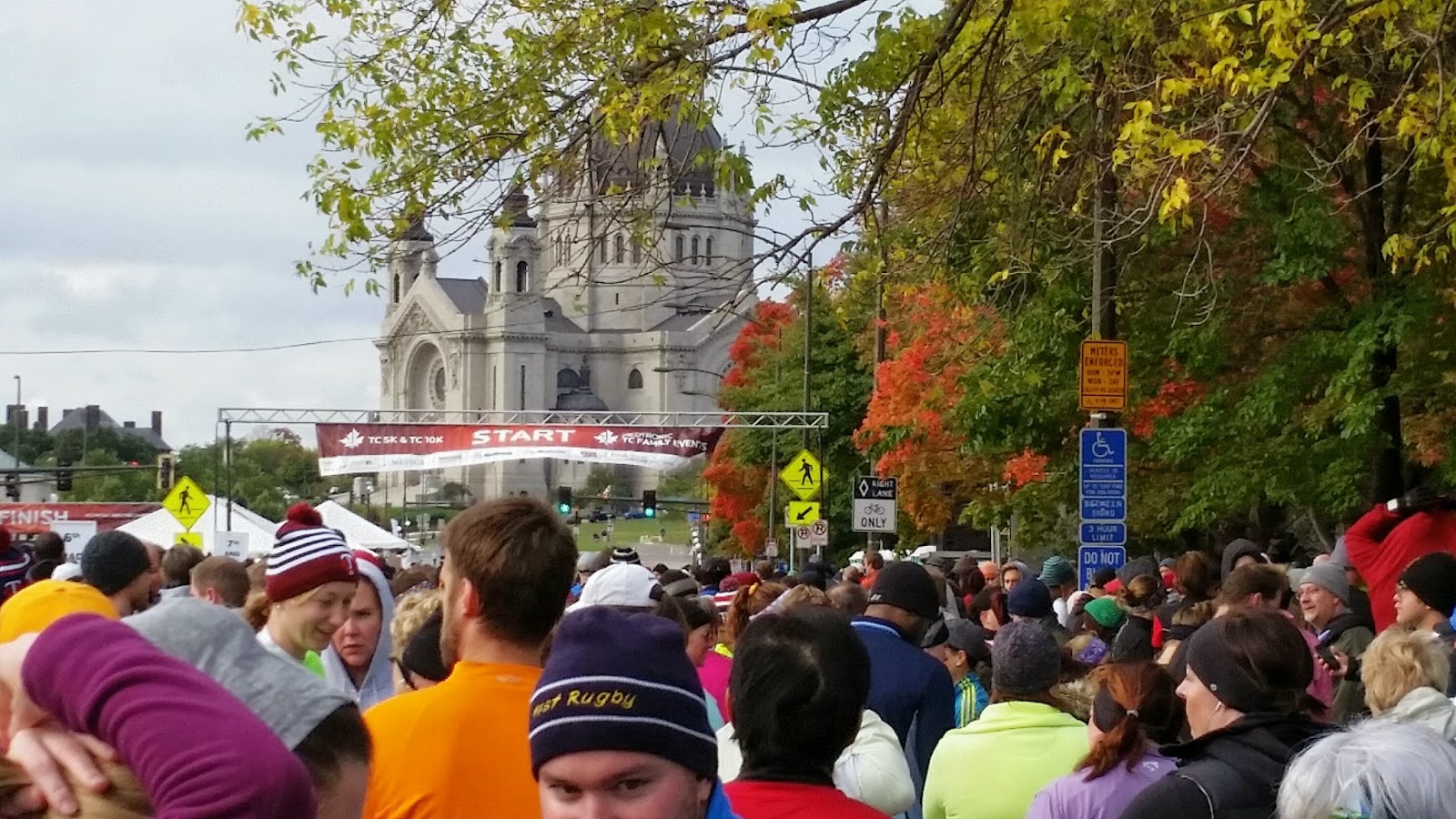 We started up a hill past, the St. Paul Cathedral onto Summit Ave. The first mile was almost entirely uphill. That may have sucked in the beginning but it ultimately led to an awesome finish! I struggled a little up the hill. I think a lot of it was also the cold windy weather too.  Mile 1 ended up being 11:29. Not bad considering it was almost a continual uphill.

The Middle
Not much about the middle. It was mostly flat with a few little rolling hills. My pace got a little better and by the end of mile 2 I was down to about 11:20.  Mile 2 came in at 11:16. I was getting faster! But there were no water stops so that was a bummer.

The Finish
What goes up, most come down, especially on an out-and-back course. I have mentioned it numerous times that I hate out-and-back courses but this one wasn’t so bad when the last mile was mostly downhill! I “sprinted” to the finish. My pace for mile 3 was 10:56 but the last .15 miles I ran in 10:13 pace. That was awesome!  I finished with the exact same time, 35:13, as my PR. I call that good. I wish I could have pushed it a bit more but alas I didn’t.

Again, like the last couple races, my last mile was my fastest. I’m not sure if that means I could run the first 2 miles faster and I just don’t push myself? I’m not sure. Eric is done with soccer so we can start running together again and he can get me faster…I hope! 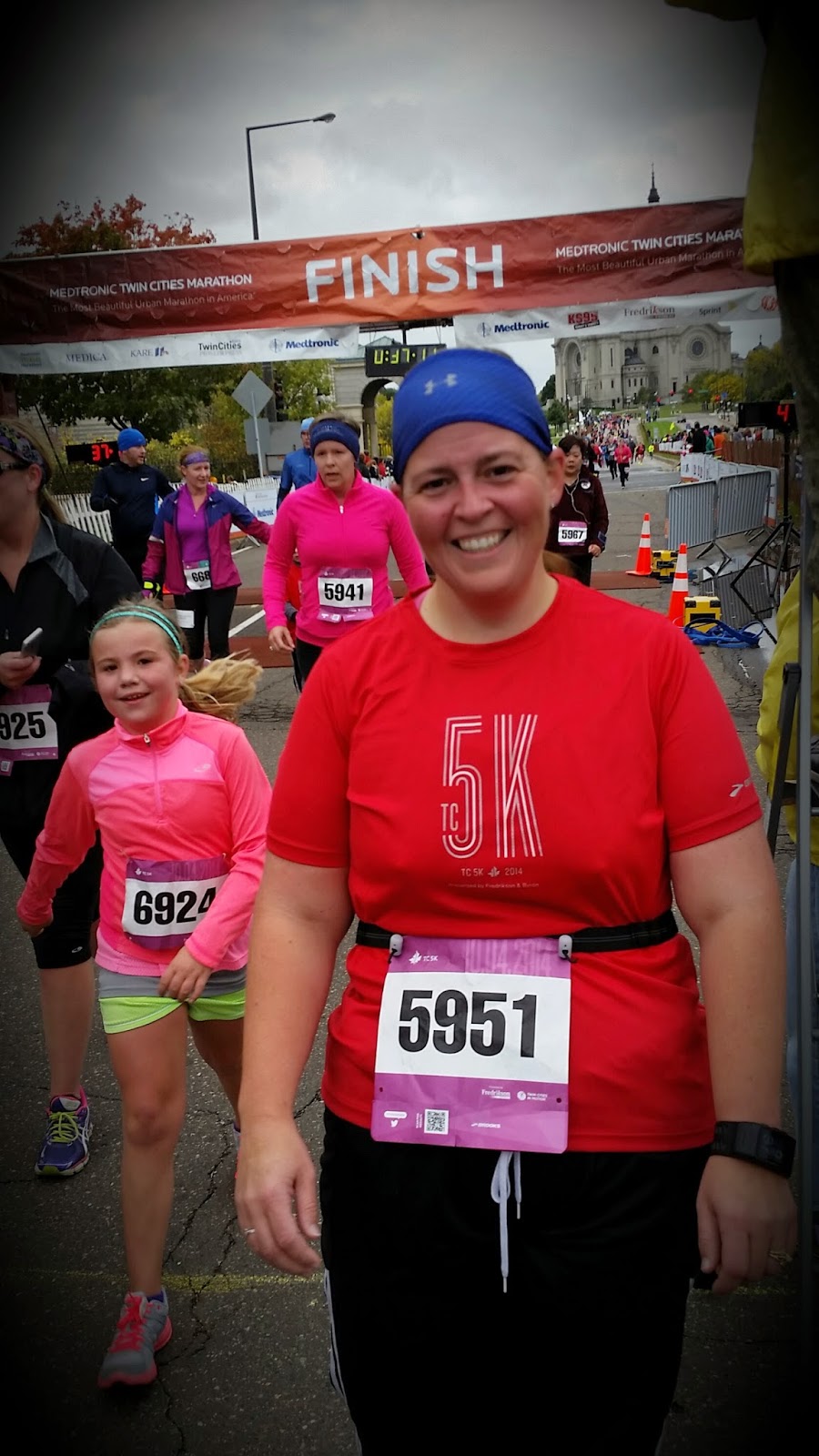 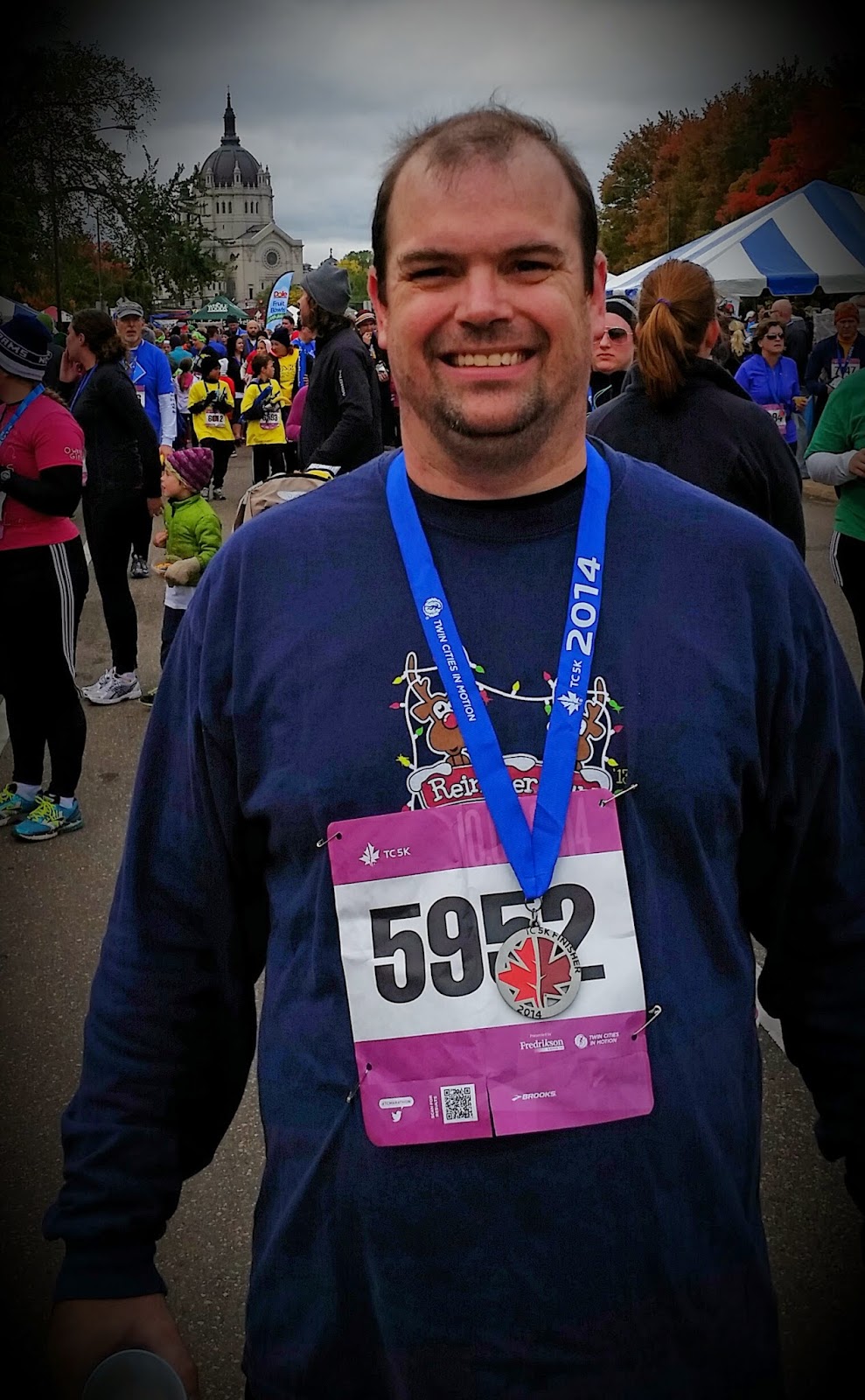 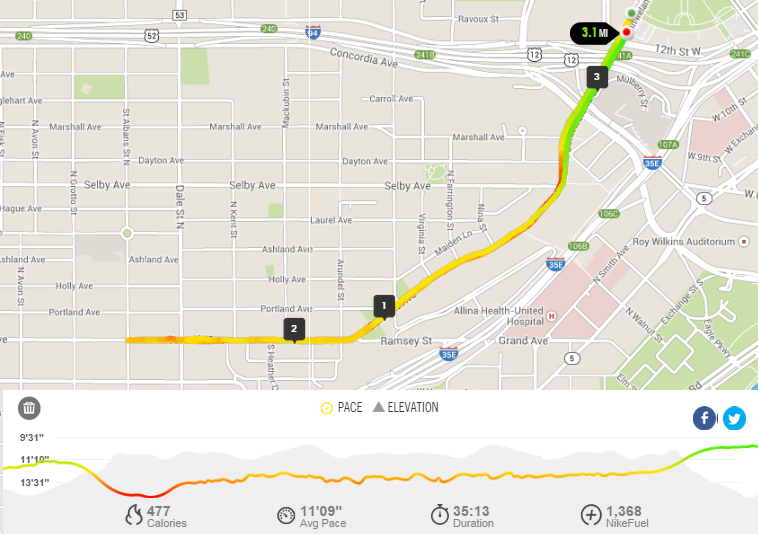