This is how we celebrated our 13th Anniversary.
Bandelier National Monument
This was a relatively short day as far as driving goes. Haha! We started out driving to Bandelier National Monument. It was about an hour’s drive from Santa Fe. We had to park in White Rock and catch a shuttle to the actual park. The park didn’t seem that popular that this should be required but alas it was. We got the visitor center and got our map for our mile hike to the dwellings. This place was similar to Gila but I think Gila was way cooler. I also bought a visor for my hike but shortly remembered why I hate wearing hats…I can’t take pictures with the bill of the hat! D’oh! We did the nice hike up to the Dwellings but we really didn’t get a chance to walk inside of them. Bummer. When we got done with our hike we missed the 12:30 shuttle (the other crappy thing is the shuttle buses run every 30 minutes, that is a long time to wait if you just missed a bus!). We had some sandwiches in the snack bar and waited for the next bus. It was a nice place but Gila is better. 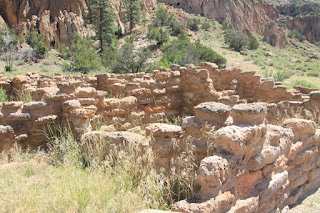 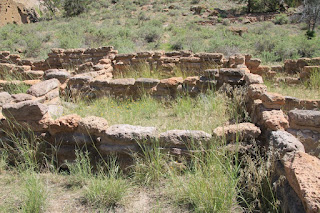 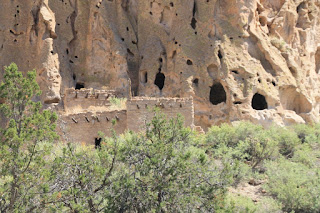 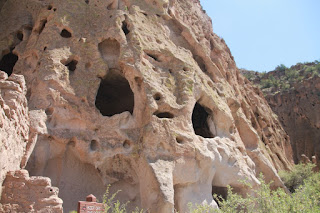 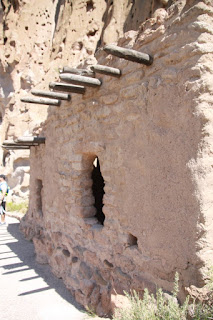 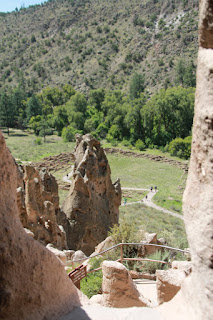 Old Town Santa Fe
Oh, this is what everybody talks about when they mention Santa Fe. The old town. If you are into arts and shopping than you would love this place. We were not that enthused with it. We walked around the old streets and looked around the center square. We stopped at the Palace of the Governors (built 1610, the oldest continuously used public building in the United States) Cathedral Basilica of St. Francis of Assisi, the Loretto Chapel and the San Miguel Mission, a Spanish colonial mission church built between 1610 and 1626. It is claimed to be the oldest church in the United States.
Near the San Miguel Mission is the State Capitol building, the Roundhouse. It was a very simply design. We met one of the state senators outside and he encouraged us to go inside. It was cool. There was a lot of art, sculptures and such. We were able to walk to both chambers and the governor’s office. It was just a really neat place to visit and it was free…the same cannot be said for the other things mentioned above…even the churches charged! 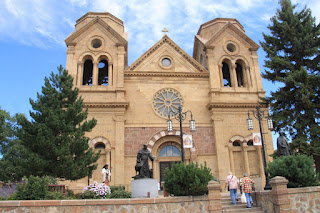 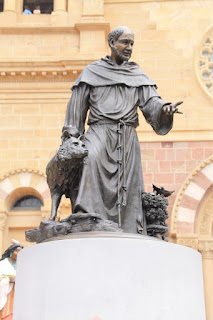 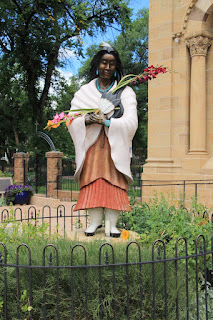 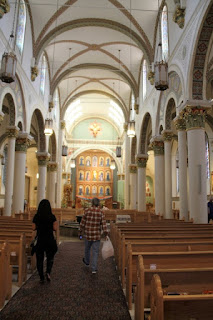 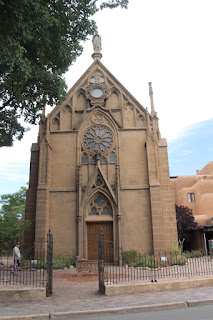 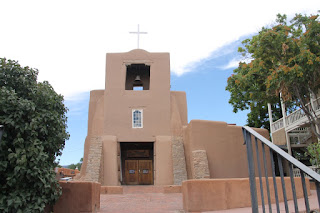 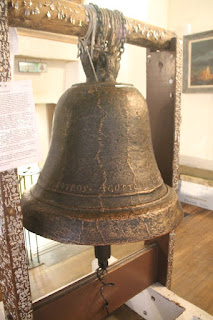 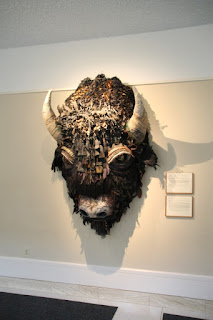 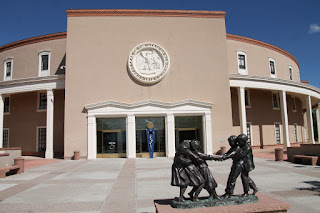 Pecos National Historic Site
Pecos National Historic Site wasn’t really on my list of things to do. When I originally researched this trip, I didn’t think this place would be that interesting. I’m so glad Eric said let’s go. Other than the snake incident, I really liked this place. We saw the ruins from Pueblos and Spanish missionaries. You see, the Spanish priests converted some Pueblos and all was well. But in 1680, there was a revolt and the Spaniards left and the original church was destroyed (there is still an outline). But the Spaniards would not give up on saving Pueblo souls and came back 12 years later and built another church. Parts of the church are still there. It was very fascinating.
The snake incident: We were walking around the ruins and I was reading about what were about to see and all of a sudden Eric freaked out pulled me away from the trail and down to the ground. He was screaming Get up, Go, Go! There was a snake next to the trail and he was big. Eric didn’t mean to push me to the ground but I managed to get scrapped up pretty bad. I brushed off myself and we walked far, far away very quickly. It really freaked us out. I saw it briefly but I’m not that familiar with snakes so I had no clue what it was. We made our way back to the visitor center and Eric relaxed enough to rationally think about it and realized he saw a bull snake and mistakenly thought it was a rattlesnake. Apparently they look similar but bull snakes are bigger (this one was HUGE) and rattlesnakes are not, here is a picture so you can see the differences (there aren’t many):

Whew! It really freaked us out. 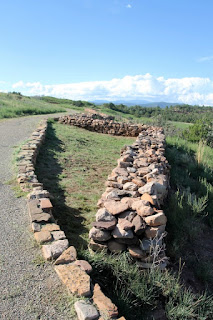 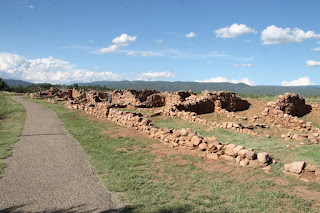 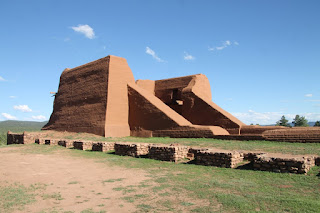 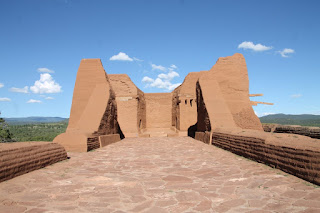 We made our way back to Santa Fe and went out for a nice dinner for our anniversary. Great day (besides the snake)!
Day 4 miles driven: approximately 156
More pictures can be found here.
Posted by KimmerBee at 6:41 PM