My first international race is in the bag. :) The run itself wasn’t anything special but it was my first outside the U.S. so it is special to me.

The Start
There were only about 80 of us doing the 5k (the marathon had around 100) so it was really small. But it is a relatively new race so give it time. We started in Marina Park and we had to run up and over the overpass.  We started with a hill. Ugh! I was feeling good that first mile and thought this was going to be a good race. I was smiling and the volunteers were great. Some of them I saw 4 times. This race was strange because it had 3 turnarounds. And we had to run the same part 4 times. You know how much I love out-and-back (not!). This race required me to do it twice. Not a fan! My first mile was around 11:27.

The Middle
So the middle was a lot of back and forth on a street mixed with 10K runners, half marathoners and the leader of the full marathon. He ran past me like I was standing still and he had done 24 miles already and he wasn’t even huffing and puffing like I was. It must be pretty amazing to be able to run like that. I’d like to just finish my insignificant 3 miles without huffing and puffing. LOL! At one of the second turnaround Mary Linda past me. My middle mile was just bad but I couldn’t blow my nose and run at the same time so I every time I walked.

The Finish
Mary Linda was in my sight the whole way and I really pushed that last mile to catch up to her. The overpass I complained about running up in the beginning was coming up soon which meant I could sprint down to the finish. I ran really fast (for me) down that hill with 10K runner. It was fantastic but when I realized that we didn’t get to run straight to the finish and had to loop around the park I got discouraged and slowed down. My time was 36:27. But the course was longer than a 5K so my average pace per mile was 11:18 which isn’t too far off of my Women Rock pace (when I was completely healthy) so I call that a good run even if my time was over 35. Again my last mile was my fastest!

No medal which makes me sad but Alice got me a clapper thing so I’m hanging that with pride!

Here are pictures, splits and maps: 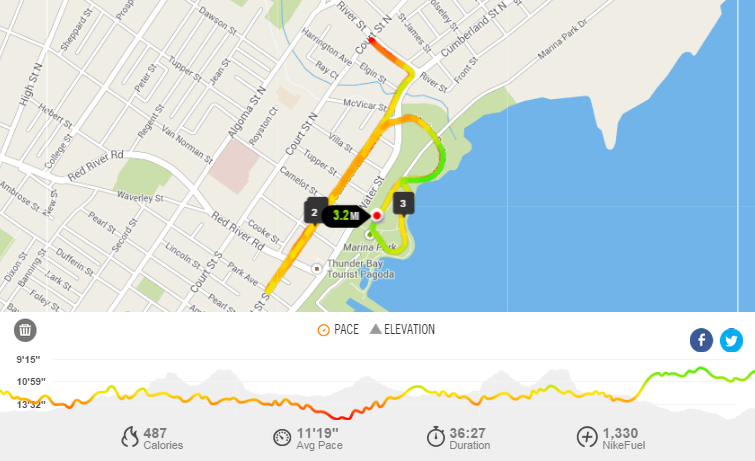 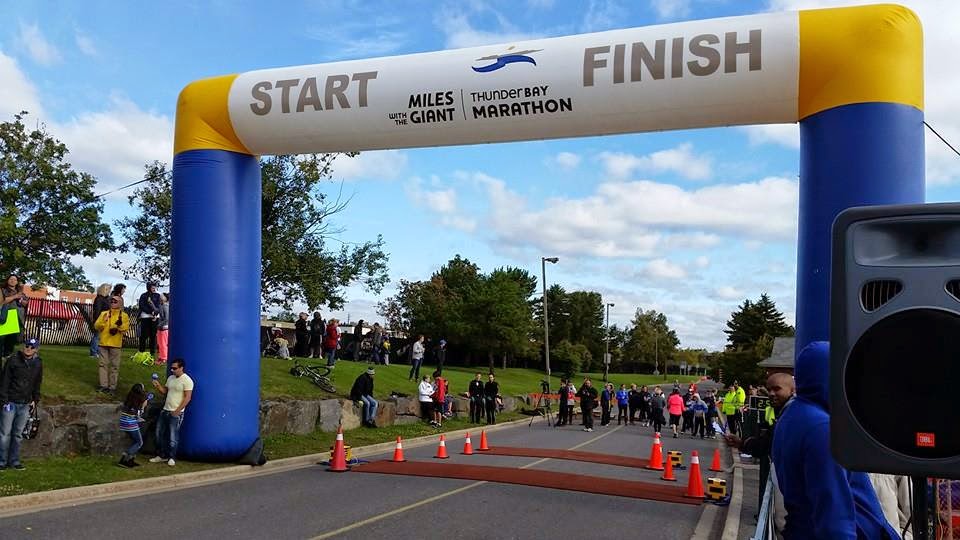 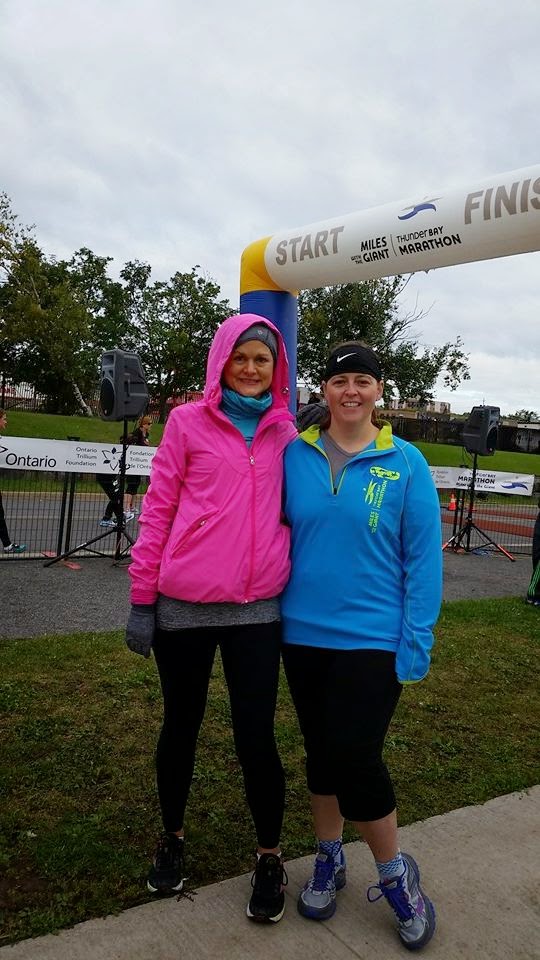 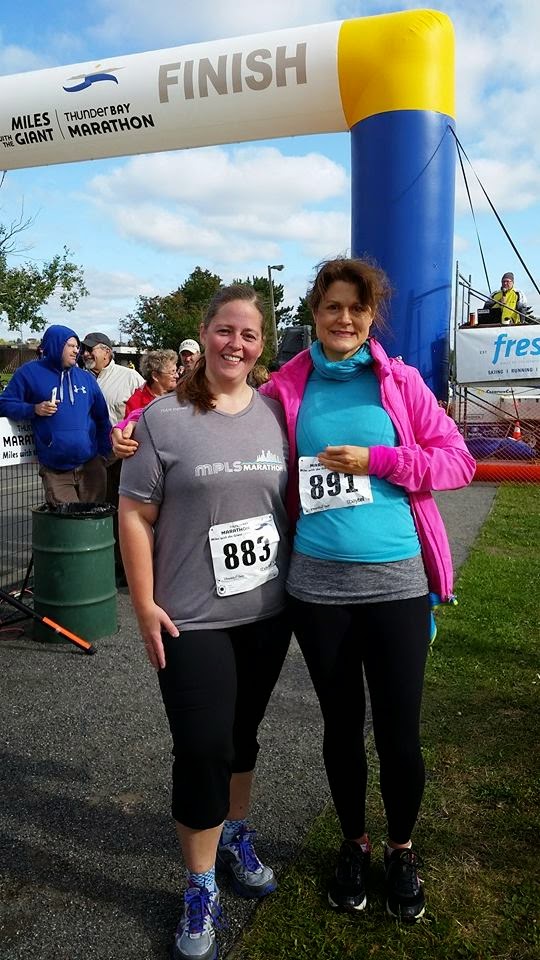 Posted by KimmerBee at 9:07 AM