Or say they say. We started off our Greenland trip at the tiny Reykjavik Airport. If you think Rapid City airport is small, you have not seen anything. We tried checking in but for some reason our tickets were "unpaid." After a few phone calls to the travel agent we eventually got our tickets. This airport is so small it only has 6 gates but they are all outside. There are two security guards at screening and I made the metal detector go off because of my underwire bra...I guess they take security serious. LOL!

Propeller Plane
Like a blast from the past, WAY past, we boarded our small propeller plane. Outside my window was the propeller...not very comforting seeing it spin...it could spin off and tear me in two! Before we took off I had to laugh at Air Iceland's magazine-which described the aircraft as quiet. Ya right! It was ear shattering at take off but once airborne it was actually pretty quiet. They served us real food. We had ham and cheese croissant and it was pretty good. The flight was uneventful but two hours long. It seems like an eternity! 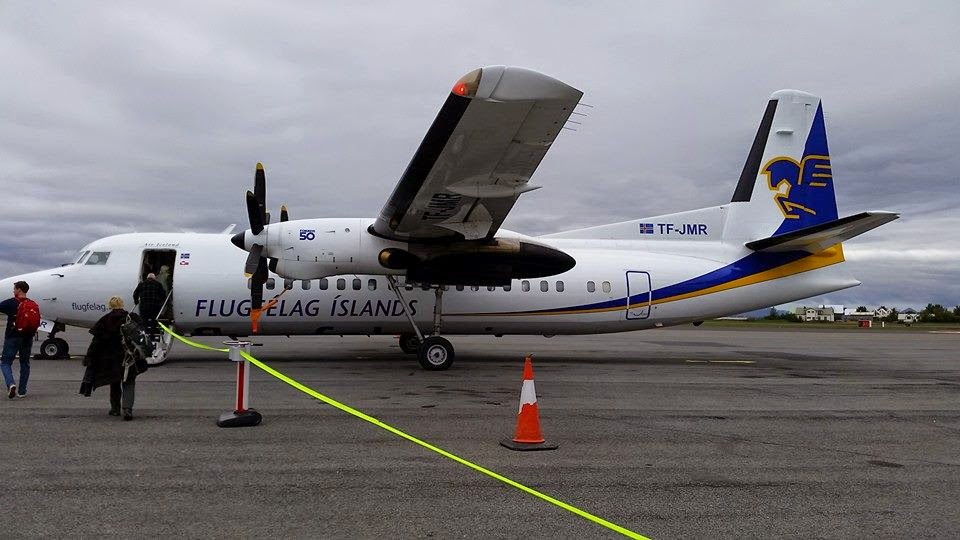 Gravel Runway...seriously!
It was very cloudy so we could not see much on the approach into Kulusuk. It was not the most pleasant landings, I knew going in that the runway was gravel. But it was really weird landing on something other than pavement. We taxied to the one door. 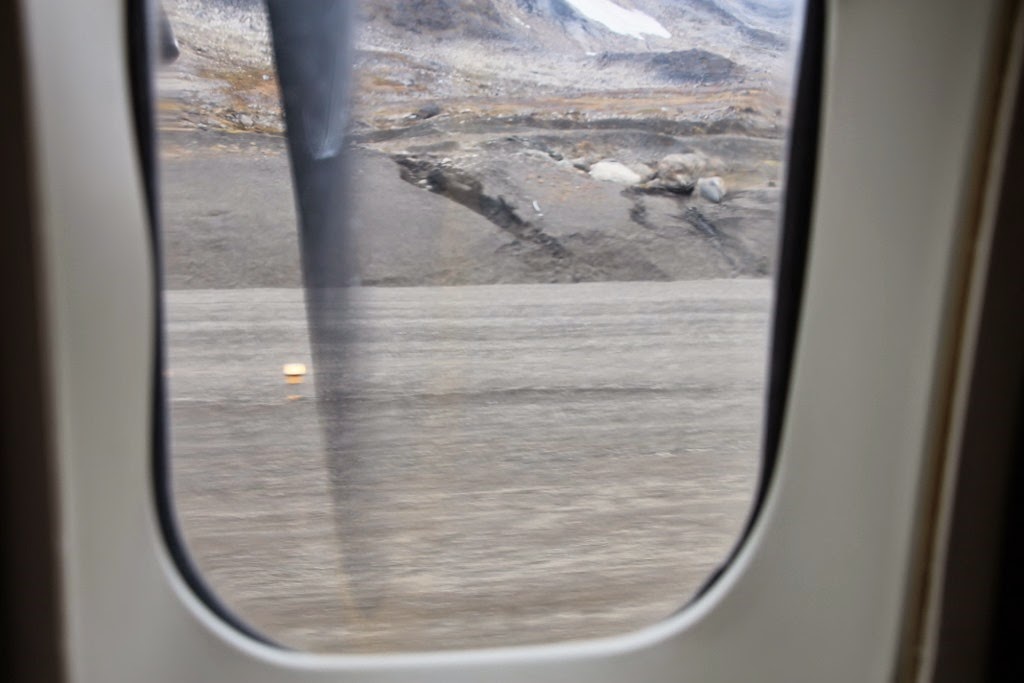 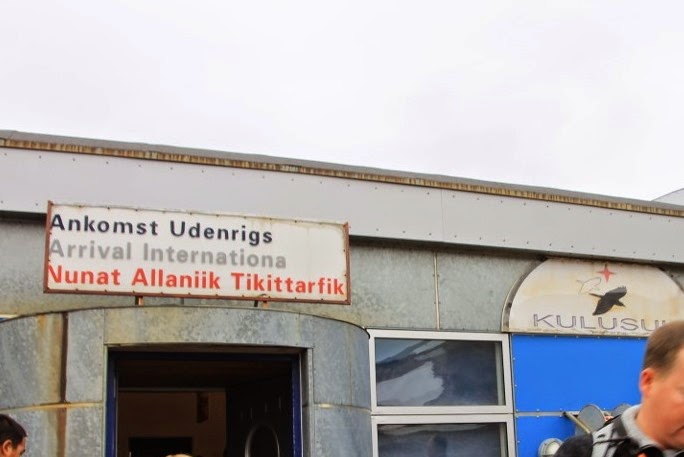 Kulusuk
Once we deplaned we meet our tour guide inside. We walked into town from the airport which was about 2 miles. Along the way we could see the Glaciers and mountains. Once in town we walked past tiny shacks. They got electricity in 1988. No indoor plumbing and a communal bathroom. Not something I could live with. We meet some very friendly puppies. They were so cute and just loved us up. They will be sled dogs soon. Another thing that was different was the smell of rotting seals.   They live on seals as that is the only animal on the island besides artic foxes. In order to keep the them "fresh," they tie them up in the water. Yuck!
The Store
Our first stop was the store. Nothing too exciting. They had Heinz ketchup which made me laugh but mostly it was just essential foods...and it closed at noon! We bought some candy and made it over to a house. This is where we had a choice. We could watch a drum demonstration or take a boat trip out the Glacier and Icebergs...we chose the latter.

Boat tour
Well one of the local fisherman, put us in his tiny fishing boat (which we had to climb down the rocks on the shore to get in) and took us out to the Glacier and Icebergs. He did not say much and at one point we were taking in water so he was dumping it out with a bucket. Not very comforting! We got close to some of the iceberg and they were awesome. He brought us back to the airport. Again he just pulled up by the rocks and we had to climb up to the road. I would say that was quite adventurousness! 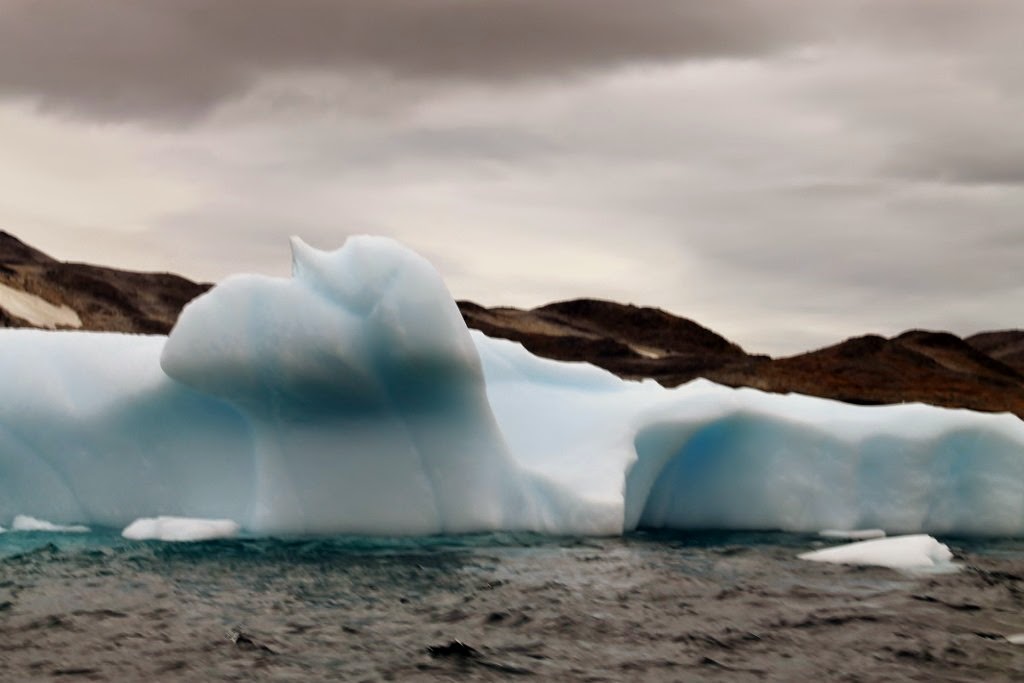 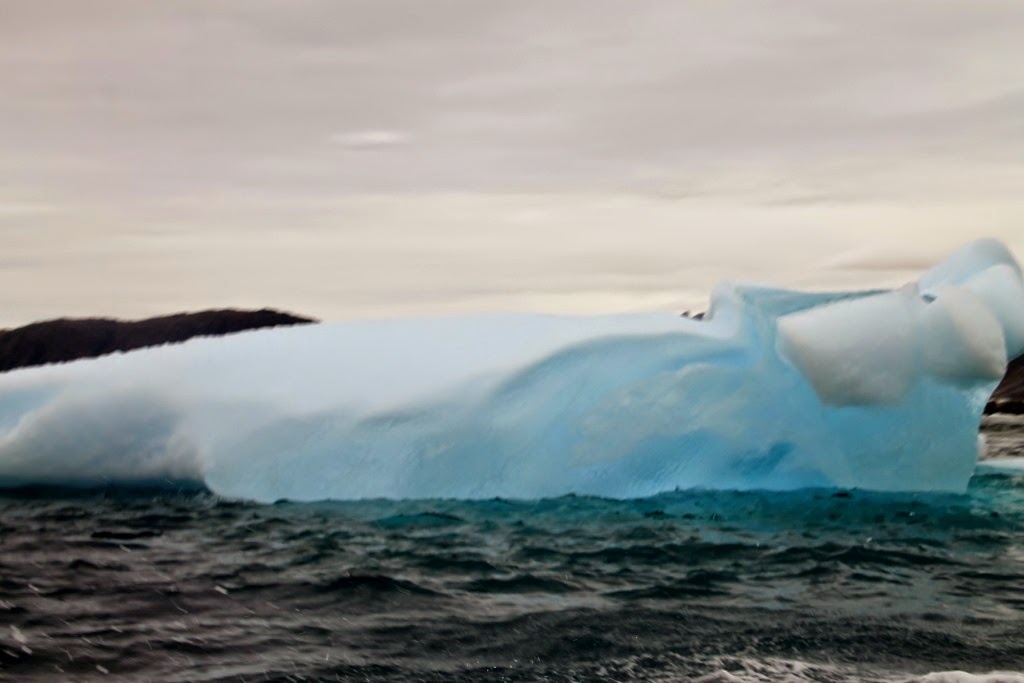 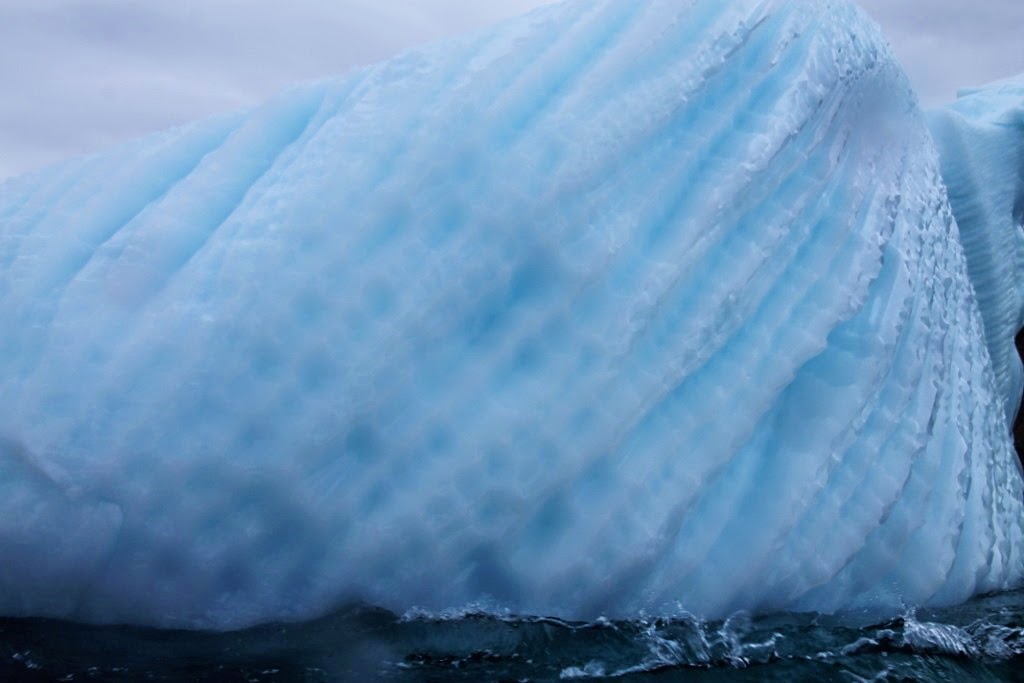 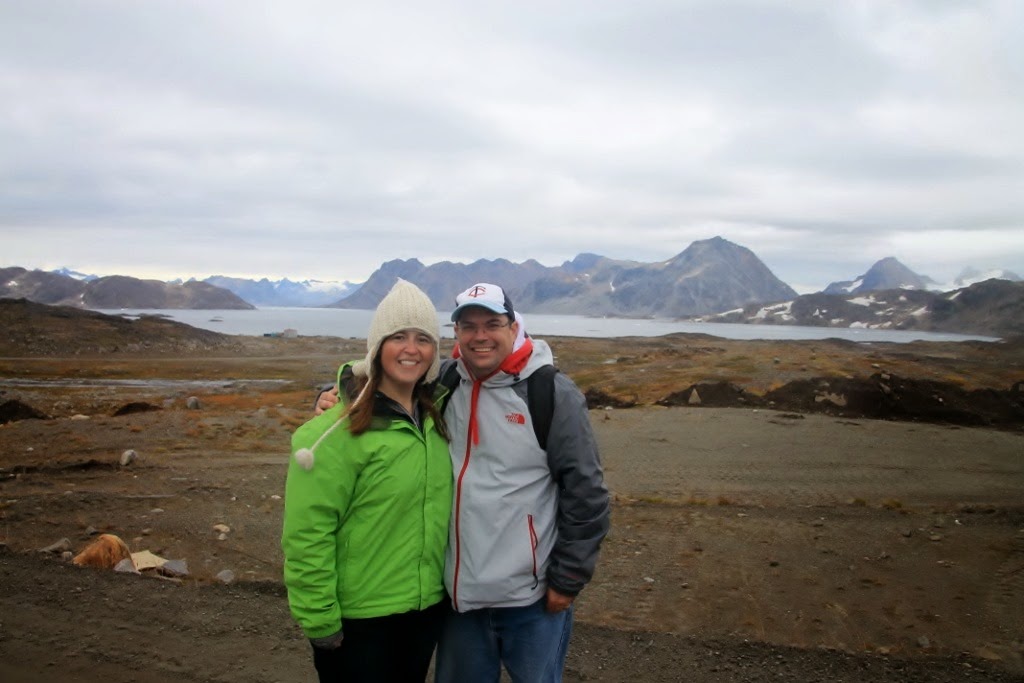 Flight home
We went through "security" to the one gate to board our flight back to Reykjavik. Again we got a ham and cheese croissant. It was nice to see Reykjavik from the sky. An added plus of the trip. 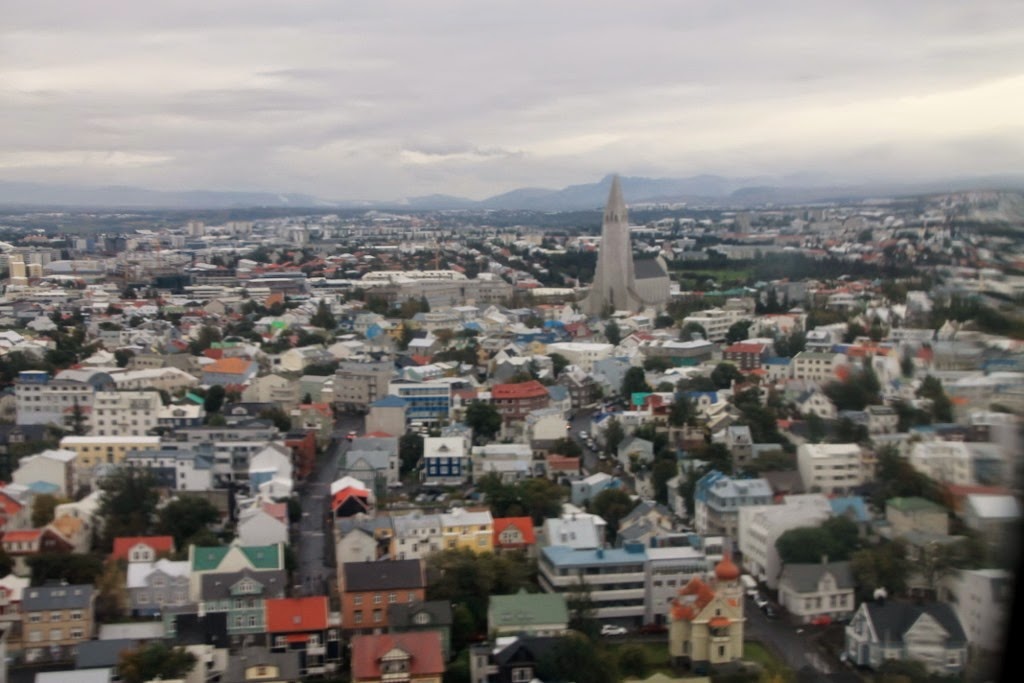 We stopped for some food and crashed at the apartment the rest of the night.