We started our trip to the south coast a little late because we had to stop at a sports store to get Eric’s Iceland National Team jersey. The store didn’t open until 10am. Nothing in Iceland opens before 10am. It is hard to schedule a day when you have to wait until 10am.

On the Road to Vik
The first stop on the south coast was over 2 hours away near the town of Vik. Along the way we had to stop for this little fella…just like deer…takes his time. 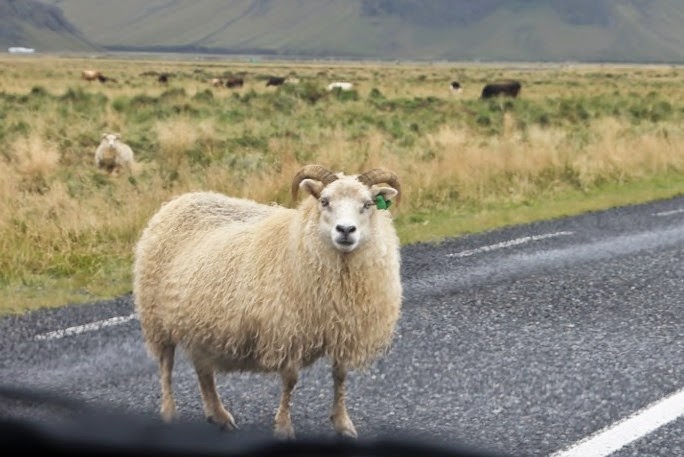 And we also had this: 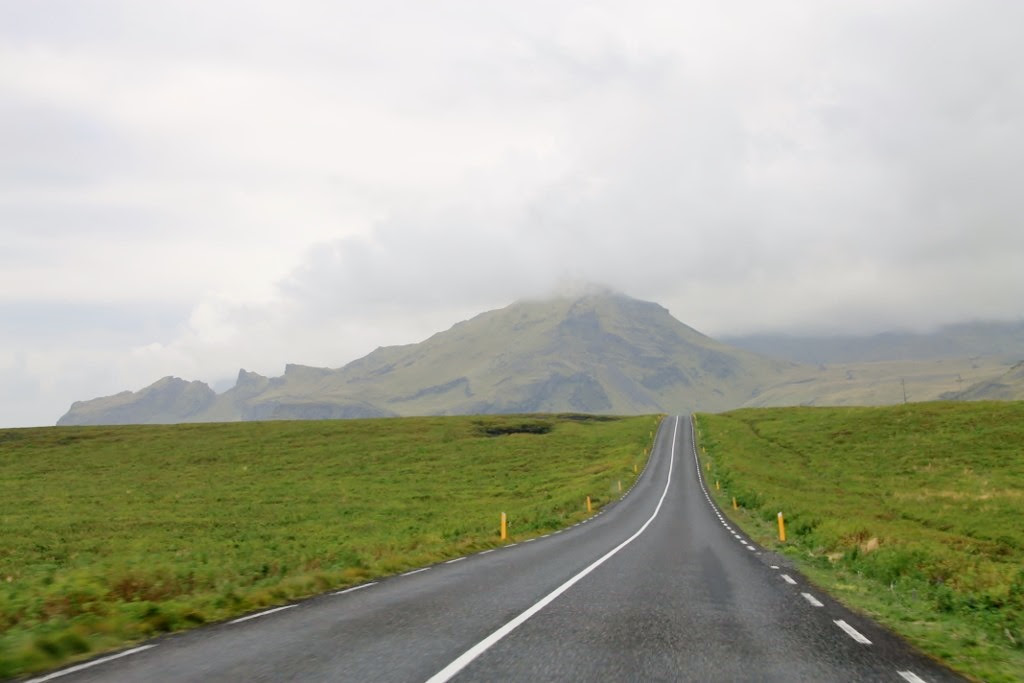 Reynisdrangur
Reynisdrangar are basalt sea stacks situated under the mountain Reynisfjall near the village Vík í Mýrdal, southern Iceland. Legend says that the stacks originated when two trolls dragged a three-masted ship to land unsuccessfully and when daylight broke they became needles of rock. Iceland loves folklore (I guess we do too…with Paul and Babe, the Blue Ox.) Here are some pictures: 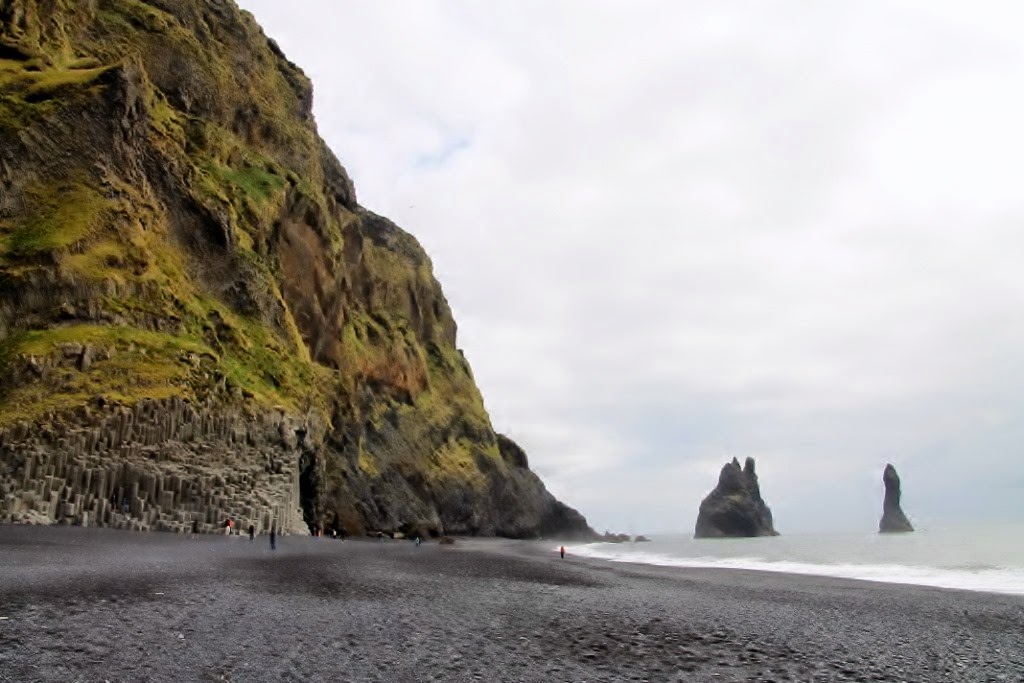 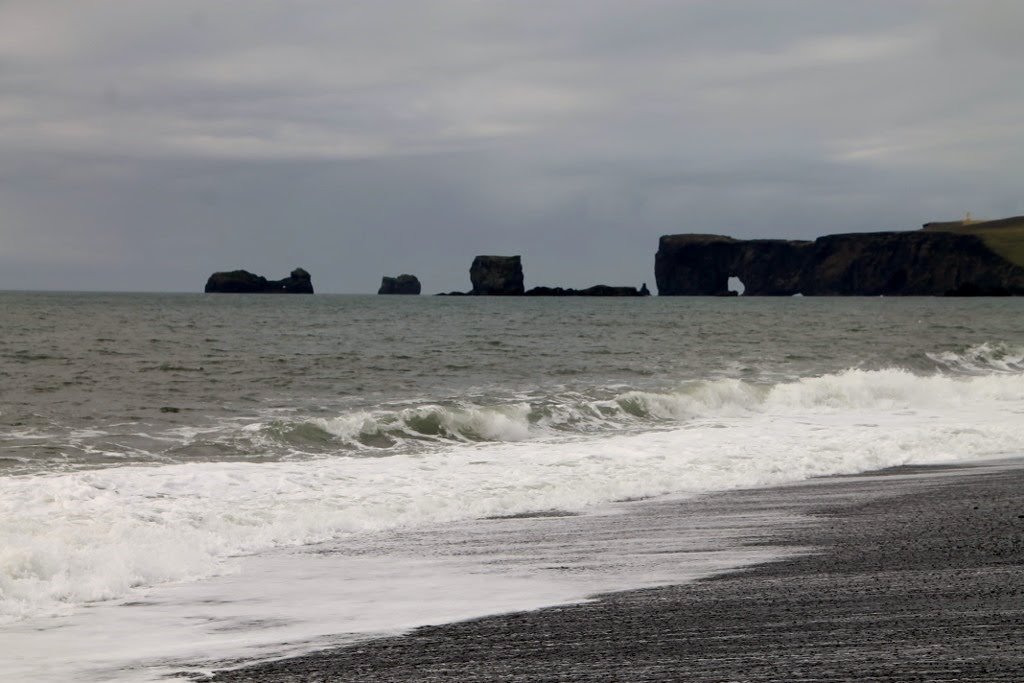 We walked around the beach before heading to our next stop.

Sólheimajökull Glacier
The next stop wasn’t on the schedule but we decided on a whim to check it out. It is the easiest glacier to get too…”easiest” is a loose term as it was a bumpy, rocky road to the end. I was a bit nervous in out tiny car but we made it there. Here is the road and close up of the glacier. 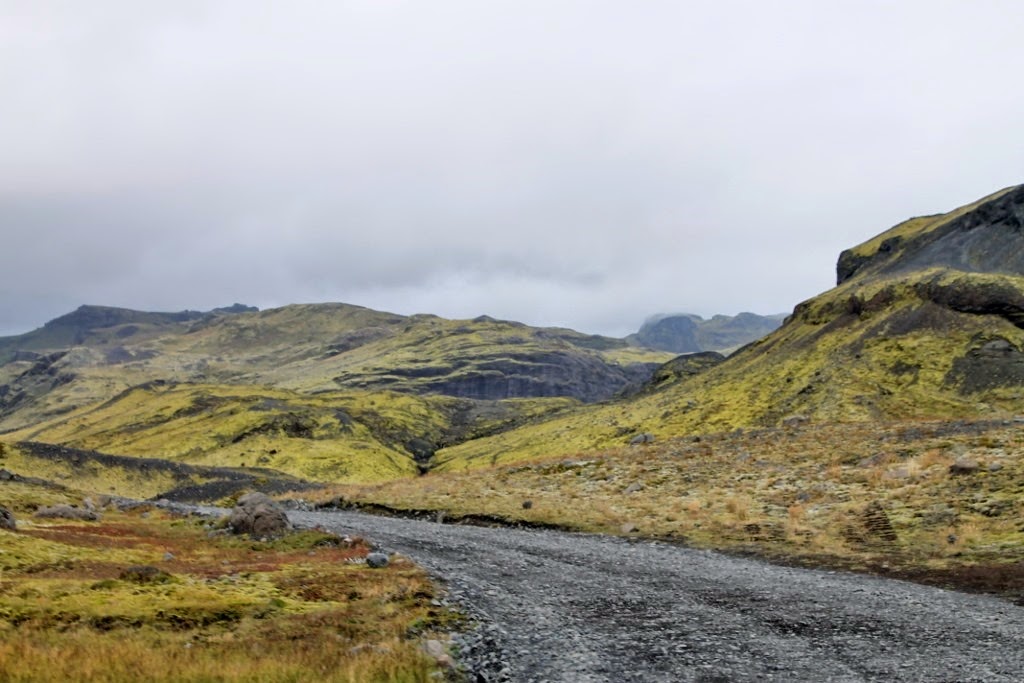 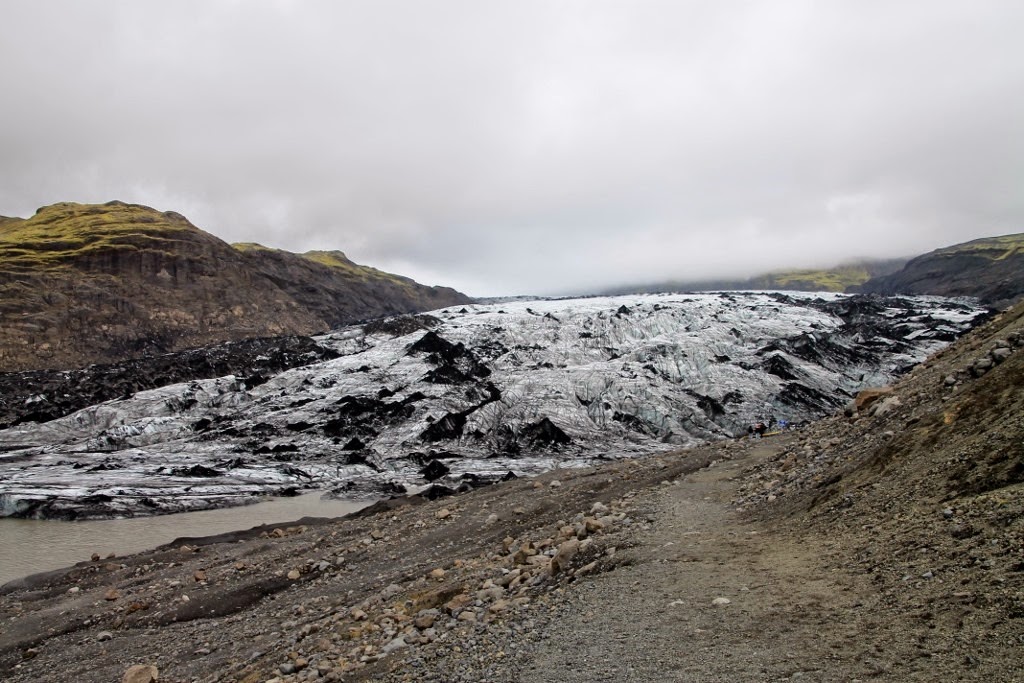 Skogarfoss
This is one powerful waterfall. The Skógafoss is one of the biggest waterfalls in the country with a width of 82 feet and a drop of 200 ft.  The spray was amazing. We couldn’t get too close to the bottom. 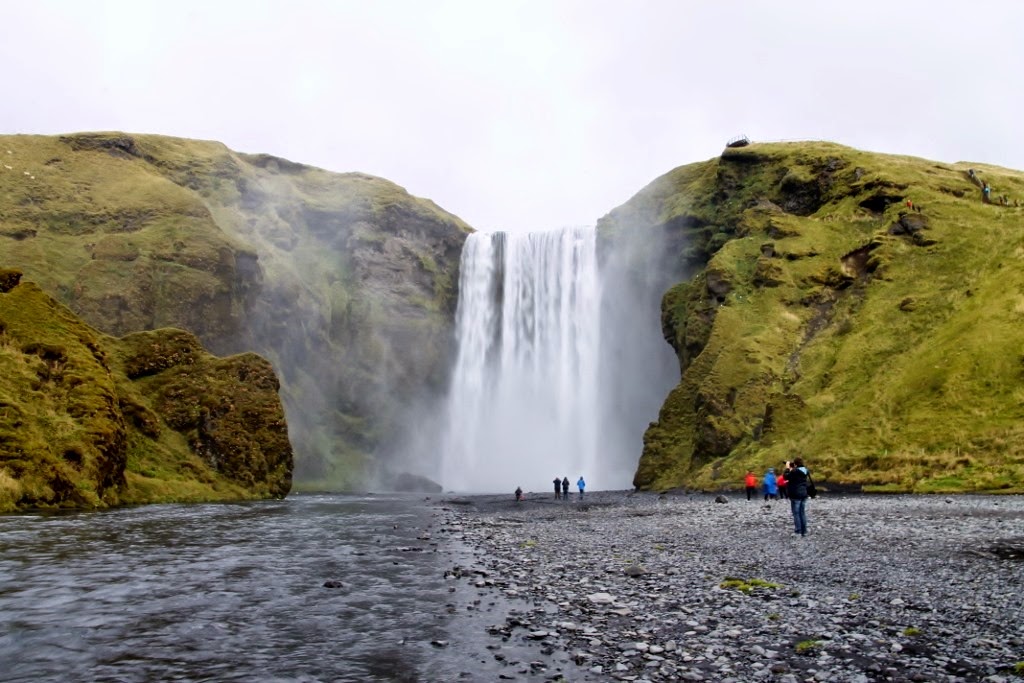 Seljalandsfoss & Gljufurafoss
This waterfall is also 200 feet tall but not nearly as powerful. The best feature of this waterfall is you can walk behind it. Very cool and very wet! 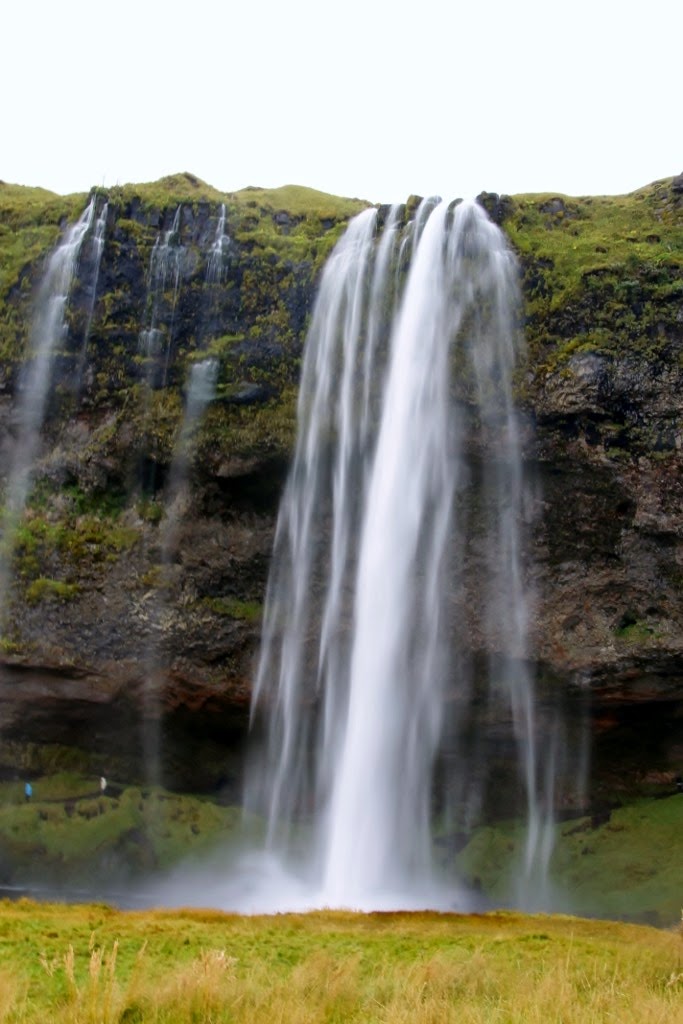 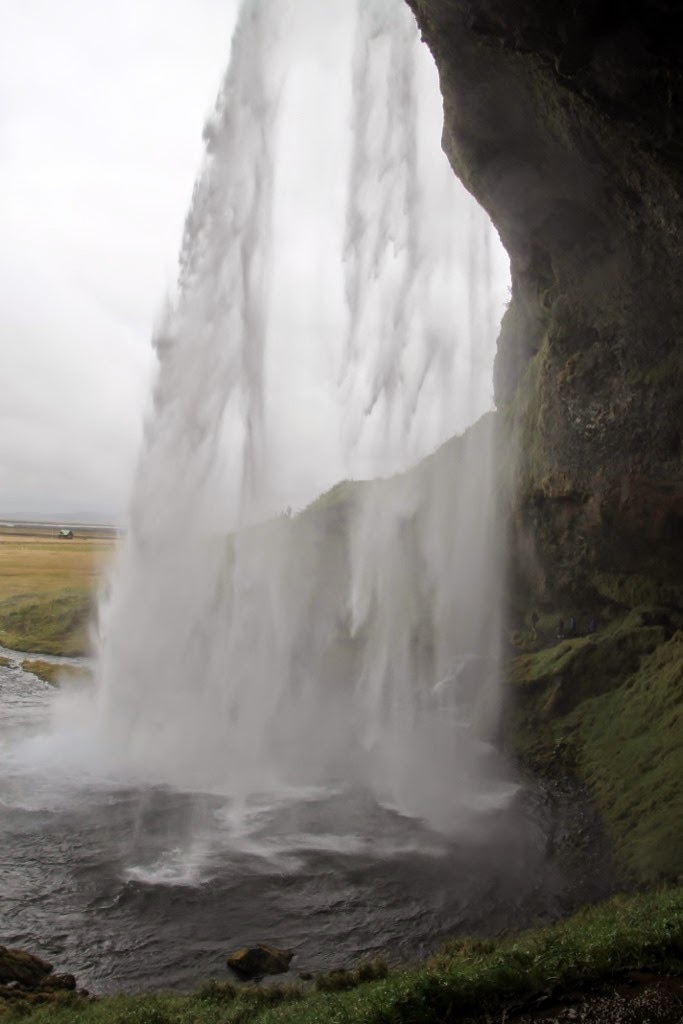 Gljufurafoss isn’t as well known, probably because it is hidden from view of Seljalandsfoss. Also it falls in to a canyon so you have walk through a narrow rock slot to get to it but it was very impressive. I really liked this one mostly because we were all alone. 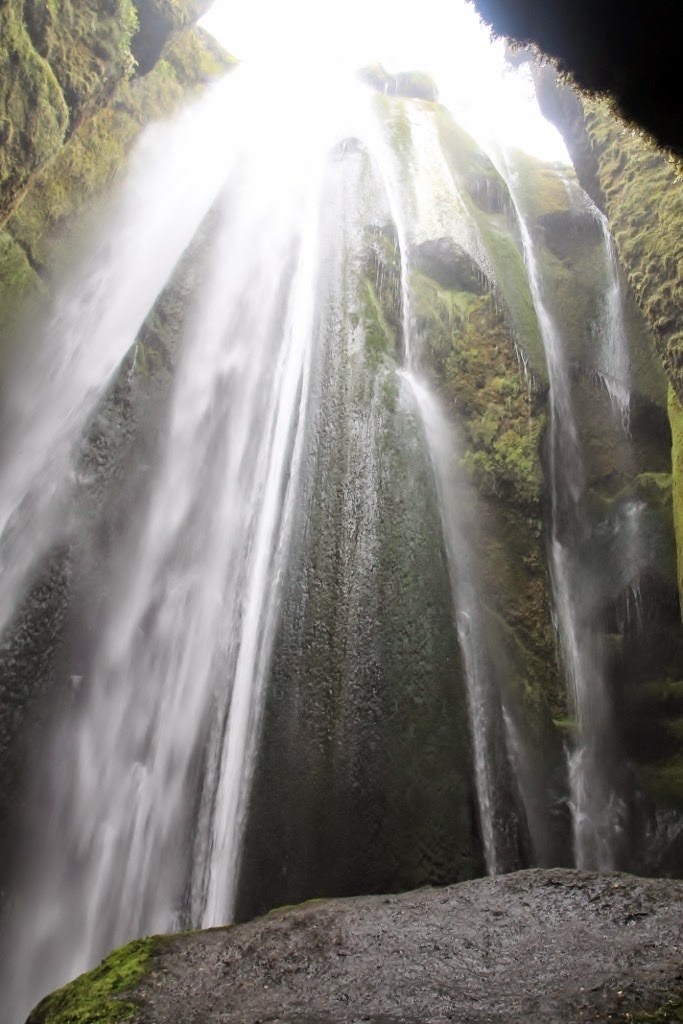 After all that we headed back to town for some dinner and called it a night.

Posted by KimmerBee at 7:50 AM