This was an overall very frustrating race. Firstly I felt terrible before the race but Eric insisted I was fine and that he ran cross country when he was sicker. Thanks honey but you were also half my age at the time. Argh! It was a very brisk morning and normally I’d welcome the cold but when your chest feels terrible the last thing you should probably do is breathe a lot of cold air into it right?

The Start
The Start was across the Stone Arch Bridge. Races in Minneapolis LOVE the Stone Arch Bridge. I have run across it in so many different races. Because this was the start they started us in waves of 500 so it took us a while to get started. Nothing too exciting about the start, my pace was really good. The first mile was under 11 minutes. But after mile 1 I started getting the pain in my chest.

The Middle
I don’t remember much about the middle. There was a water stop I walked through and there was the bridge I had issues with at the Get Lucky 7K but this time I actually ran it so that is progress. Somewhere around there was the “beer stop” at the beer garden. I ran past it because I don’t like beer, especially not at 10am but there were a lot of people hang out there so I guess it is the thing to do.

The Finish
The last mile was the worse. I was having a hard time breathing. I walked so much because I just couldn’t run. Eric kept telling me I was fine and to keep going. He isn’t a very good coach. He eventually took off on me. It felt like the finish was never coming. The run was 3.33 miles way over a 5K. So that is one reason for the horrible time the other is the fact I could breathe for 1.33 miles of it. Eric tried getting a picture of me but I wasn’t happy so I didn’t want that. 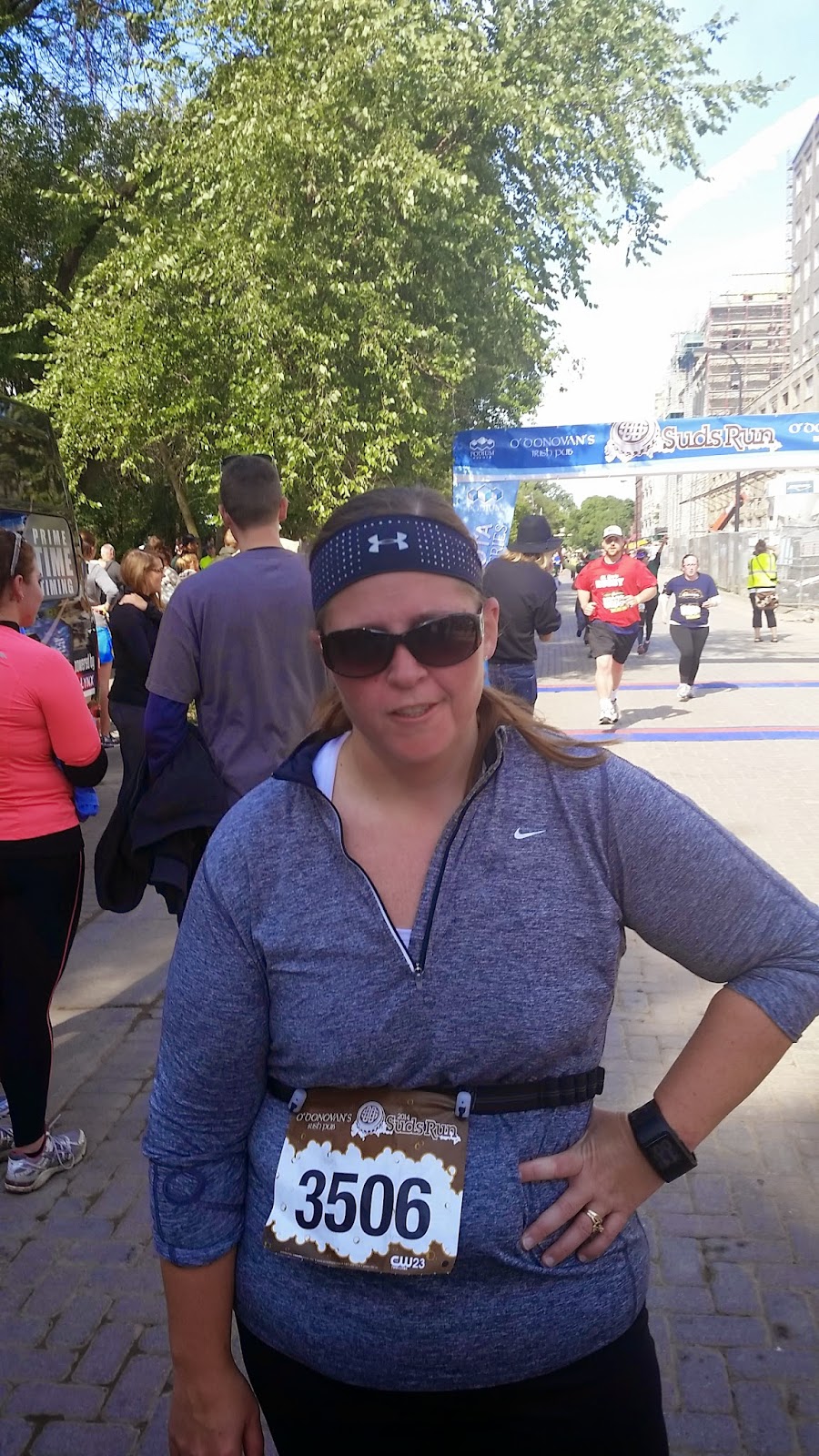 After
We got water and bananas and just walked around. I pointed out all the bees wasps swarming around a tree. So what does he do? He walks right past them! I’m stupid and followed. They were attracted to me. I had them on my socks and stuck to my pants. I got stung at least 3 times around my ankle and twice in my upper thigh, front and back. I was so panicked I kicked off my shoe and tore off my sock. There were so many of them stuck to my sock. I know it was a scene but I hate bees and they were continuously stinging me. They never stung Eric. We got our pork sandwich which I couldn’t eat and we eventually made our way home. I was miserable. I spent the rest of the day at home doing nothing. I felt sick. Sunday wasn’t any better and yesterday I called in sick to work. I have bronchitis. Geez, I wonder if running when I didn’t feel good in cold weather had anything to do with it. 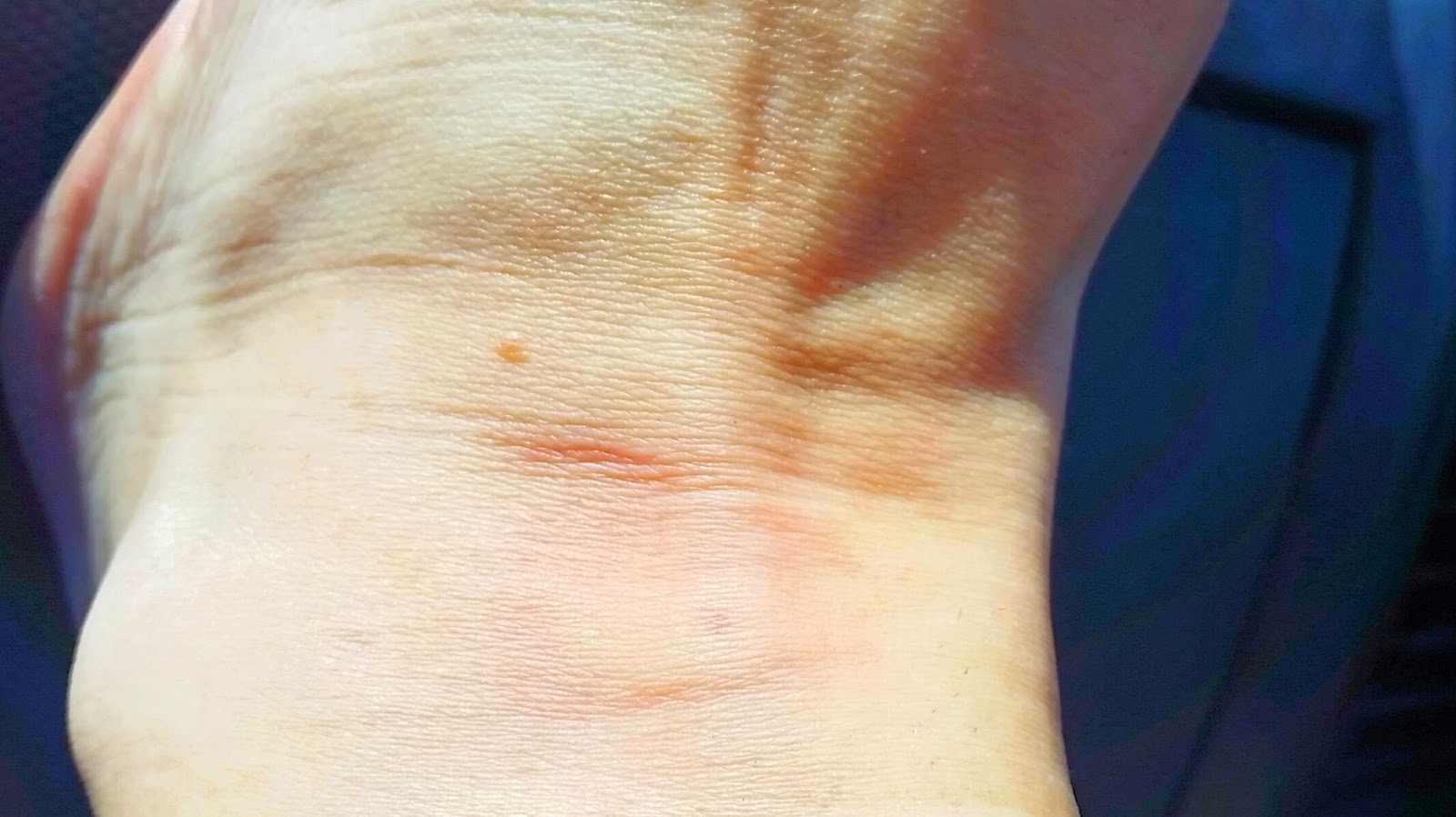 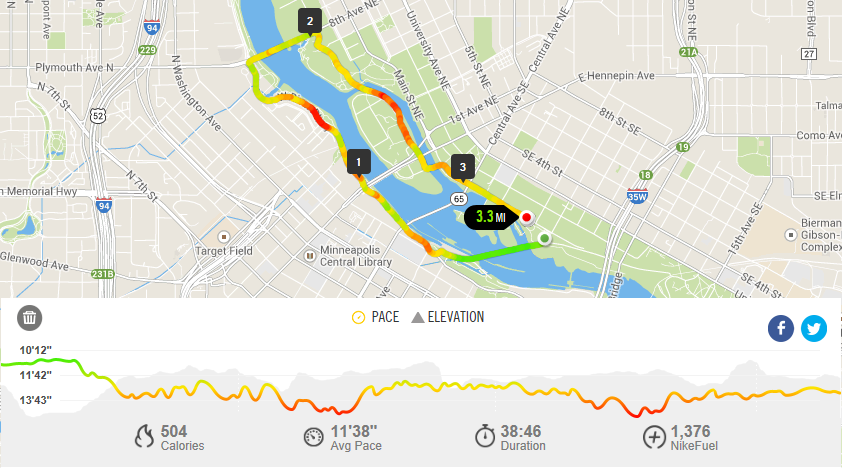 Posted by KimmerBee at 8:46 AM