Haha. I have a race schedule. LOL!  So here is the deal, after my meltdown on Tuesday (which you could read about here), I have gotten serious about this training.  I have signed up for the Monster Series.  I did it mostly so I could get this cool jacket. 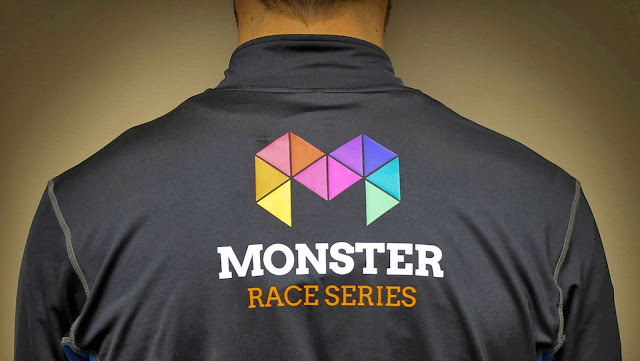 So here is my schedule:

So this week was busy at work. I stayed until 8pm on Monday, 6pm on Thursday and Friday.  I don’t feel bad about skipping work for 2 hours to watch Abbie’s state soccer game at the Metrodome…my last time ever in the Dome…sniff, sniff.  Unfortunately they lost 5-1 to a rude Benilde-St. Margaret team.  Being a good Catholic school you would expect better behavior from their fans but no. But Abbie is on the 4th best team in state so she has that going for her.

Tuesday was the meltdown day…

Wednesday was pretty normal.  Work, Swim a half mile and Sleep.

Thursday was Halloween.  I was happy to get home in time for trick-or-treaters. We had around 25.  It was not as many as last year but it was colder.  Next year is a Friday so it should be better.

Friday was another busy day at work and after work was another swim.  My life is sometimes a broken record.

Today was my long run day.  Swirl didn’t wake me up early enough to do my long run before my band council meeting so I had to do it around noon.  I’m pretty happy with the run.  I went 5 miles.  My first mile was really good, my second, third and fourth weren’t bad either.  Mile 5 was slow but I walked quite a bit of it.  I ran all but 2 minutes of the first 3.1 miles.  That is the best I’ve done…I think ever! I ran most of the 4.3 miles (that is a 7K which I have to run in March).

Here are my splits: 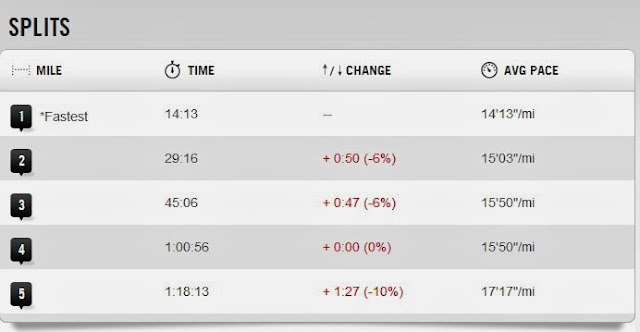 Posted by KimmerBee at 6:42 PM