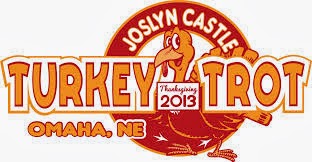 Thursday morning came very early and we layered on clothing for our Turkey Trot 5K.  It was 25 degrees outside but the wind was around 13 mph so it felt much colder.  We froze!  So the race started and it was running up a hill…seriously!  It was not a nice hill either.  Then we turned the corner to find yet another hill. I think the first half mile or so of the run was up a hill. I was so mad that I couldn’t run and ended up walking. I was really pissed.  I had been doing so well training but hills were not part of my training.  So DJ and hung out together, walk some, running some.  We did a lot more running the rest of the way.  I flew down a hill; DJ said she couldn’t keep up with me.  That was fun!  The whole time I was thinking don’t fall, don’t fall, don’t’ fall. My watch couldn’t connect to the GPS for the first .2 miles so according to my watch we did 2.9 miles in 39 minutes…a 13:30 pace.  But the actually finish time was 43:15 which is actually 13:57 pace.  Not bad considering we did some walking, especially in the beginning!    The rest of the times were Juliette at 23 minutes…she almost got the last trophy.  Some woman ran past her and Juliette just let her pass…if she would have known she would get a golden turkey she would have run faster!  Abbie did hers in like 32 minutes and swore she would never run that far again. LOL!  Eric of course was in at 34 minutes…no training of course! ARGH! After the run we made a well-deserved stop at Starbucks for breakfast sandwiches and hot chocolate.  Yum! Delicious!

Here are some pre-race pictures...it was too cold to get action shots! 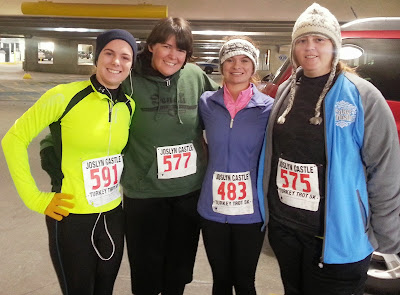 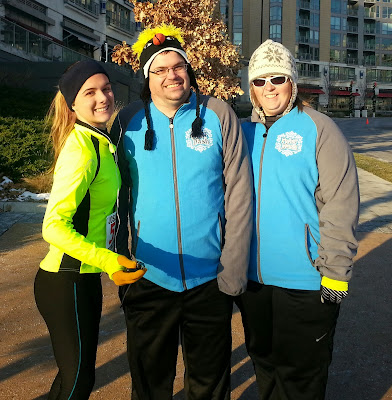 Posted by KimmerBee at 7:44 AM