So today we had two strikes but thankfully not three.  So we started out the morning going to the Bayou Bend Gardens on the Ima Hogg Estate. Yep…Ima Hogg. LOL!  What horrible parents!  Anyways the place was closed until 1pm.  Shucks…strike one!

Next up was the JP Morgan Chase Tower.  Apparently you can go up to the 60th floor observatory…but not on weekends and holidays…are you kidding me?  The nice security guard said that it happens all weekend….then why are you not open???  ARGH…strike two.

Well disappointed we went to the next stop, the Sculpture Garden.  I told Eric to stand next to a horse sculpture and the security guard got all mad at us and yelled at us.  Then he followed us the rest of our time there…seriously he FOLLOWED US!  We are not children…you tell us don’t touch…we don’t touch again! Well that wasn't strike three but it was sure weird.

Next up was Hermann Park.  I really like Hermann Park because there are fountains, flowers and lots of benches under shady trees.  There is a sculpture of Sam Houston on a horse at the beginning of the park.  They really like Sam Houston here, I don’t know why?  There is a reflecting pool with a mini obelisk at the end similar to Washington DC. We walked through the Japanese gardens which were nice even if everything is past bloom.  Here are a few pictures: 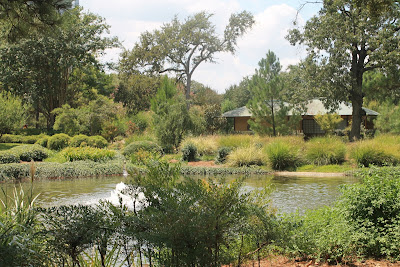 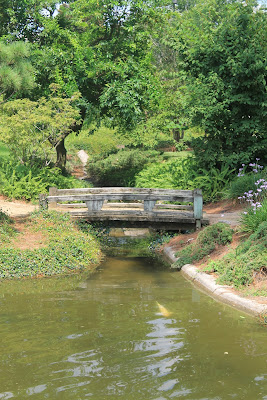 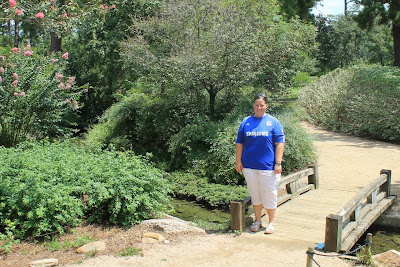 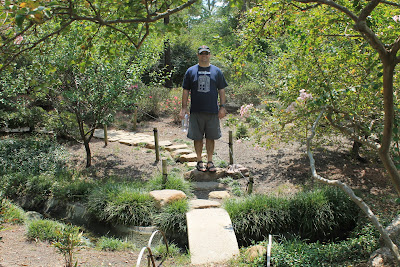 It was so stinking hot we went to the Central Market for lunch to cool off. I had a great sandwich, it was delicious.  The Central Market is also a grocery store and I found Malteasers!  Yes!

We made our way back to Ima Hogg’s gardens.  It was beautiful.  It was worth the $5 fee. I really would like to come back in March and April when all the flowers are in bloom.  There really wasn’t many blooming flowers in this heat.  Here are some of the beautiful gardens. 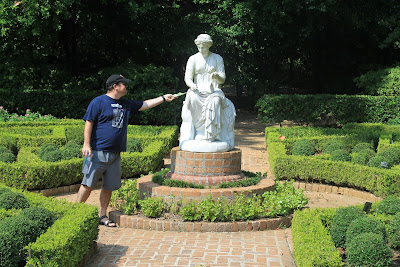 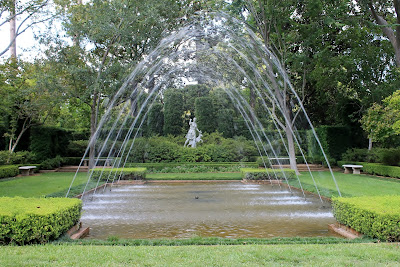 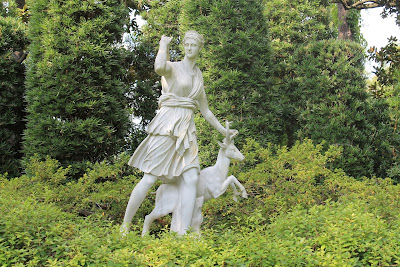 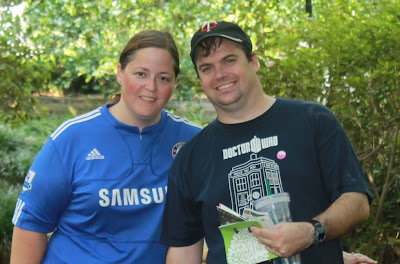 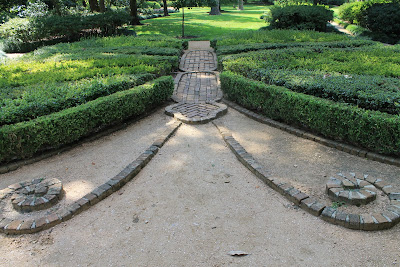 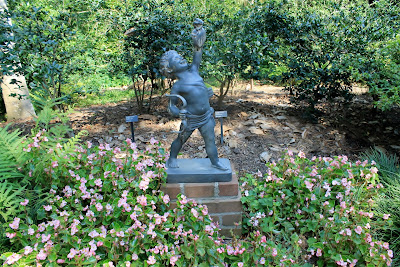 So who was Ima Hogg?  She was born into a somewhat wealthy family. Her father was governor of Texas and had purchased a huge ranch. Did he know that it was on an oil goldmine?  Don’t know but 20 or so years after his death oil was discovered and Ima became instantly rich and instead of spending it foolishly she gave a lot of it the city of Houston.  And the gardens were one of the gifts. She never got married and lived until she was 93.  She did well for herself considering she had a horrible name.

It was a great day even if was so hot.  We did well considering we are cold weather Minnesotans.