A women looks at me and says kind of franticly, “They aren’t going to pull me off the course are they? How far are we?  Will I make it?” I had been catching up to her for a while. I noticed the back of her shirt had some memorial writing but I didn’t read it. Anyways, I told her we were at 10.67 and we still had plenty of time. She was very concerned that she was going to be swept off the course. She said all she wanted was the shirt and medal. She was running this for her brother who passed away and she just wanted to make sure she finished. I could tell she was struggling so I just struck up a conversation. We said the normal things, where we were from, what we do for a living, stuff like that. She was from Winona and there was a group of them running this for her brother. I had to laugh we she told me where Winona was located. Ha! I said I grew up in the Independence/Arcadia area and went to St. Mary’s so I knew the area well. We talked for quite a while.

She was worried that I was going to ruin my time but I told her I already knew this wasn’t going to be a great race so I had time to walk. This was her first half marathon and she said definitely the LAST. (We all say that. Ha!) We talked about her brother, my dad and the accordions. We talked about my crazy brother and girlfriend driving up her to cheer me on. We talked about our families. She was a single mom with three kids. She was working full time and going to school full time and didn’t have much time for training. She kept asking me how much longer to go (this happened a lot). She was still scared we were going to be swept off. I kept reassuring her we were fine. I told her I looked at last year’s results and there were quite a few people that took over 4 hours so we were fine. I told her the 3:15 time limit was just to scare off would be walkers. Needless to say we had a great conversation over the course of 2.63 miles.

As we got close to town, I mentioned how I always had to have M&Ms when I run half marathons and I still hadn’t open my bag. So during mile 12 I opened my M&Ms and we shared the whole bag. She was so happy to have something to eat. A couple times she asked if I was an angel. Nope, I’m real! Ha! She just couldn’t believe that I would stick with her this whole time to make sure she finishes. I told her time doesn’t always matter. As we got closer I would start saying half a mile left, quarter mile left and she would ask me if I was sure. We posed for the pre-finish photos, I told her to make sure to smile.

When we saw the finish line she said she could run to finish. So we sprinted across the finish line and she gave me the biggest hug ever. She said she could have never made it without me. We got our medals and finisher shirts (what she had been worried so much about). She wanted a picture together. We friended each other on Facebook (all during the finisher chute). She gave me one last hug and we parted ways.

I saw Dean, my fellow trombonist in the Eden Prairie Community Band. He was volunteering in the finishers’ area. He came up to me to get a hug and I said, I’m soaking wet but he didn’t care. It was great seeing him. I really had a lot of support at this race. It was great!

I met up with Mike and Linda just outside the finish area and we walked to meet DJ and Katelynn. I had an amazing experience and can’t wait to do it again!

My overall time was 3:05:21. So yes, my time was 5 minutes slower than 3 hours. And yes, I realized I could have easily beaten 3 hours again. But it just doesn’t matter. I made somebody’s day and helped them finish. Sometimes that is all that matters. 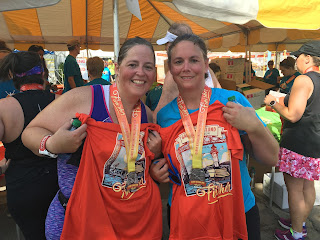 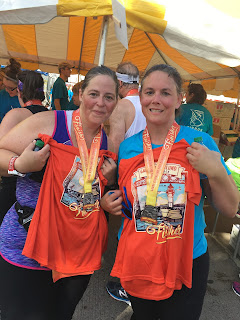 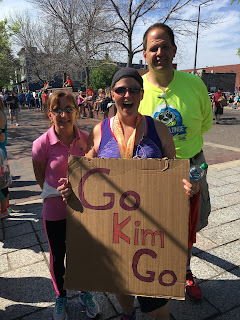 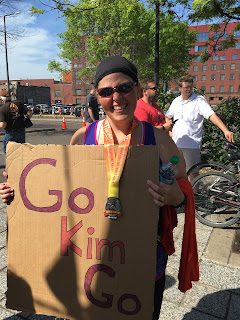 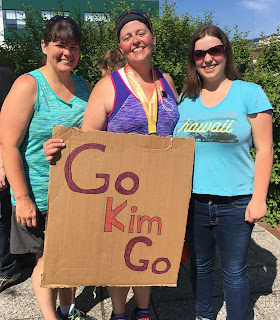 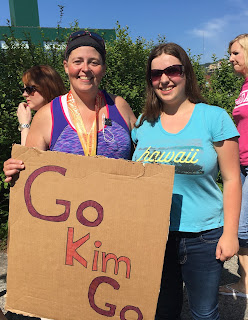 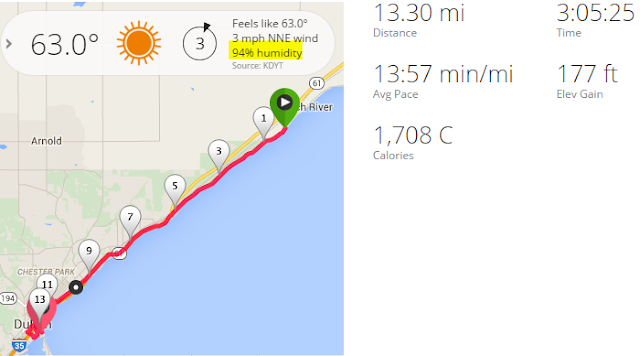 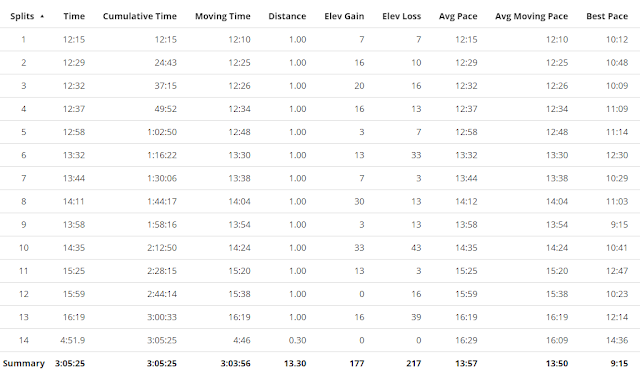