I am a Carpenter, I am a Musician

This weekend was quite busy. After a 5 mile run (32 laps) at the Eden Prairie High School Activity Center on Saturday, we showered and headed down the Mankato to help DJ build a closet…from scratch.

We met DJ at Menard’s to buy supplies. We really didn’t spend much time planning it out…which in hindsight probably wasn’t the greatest idea. We got some wood, power tools and other supplies and crammed them into our vehicles and went to the house. Thankfully, our windshield didn’t break this time (a time before, Eric and Bradley were transporting PCV pipe and they put it thorough our windshield). The power tools needed to be charged so we went back the Mankato for some dinner at Ethan’s favorite Chinese place, Yu’s. It was good, the egg rolls were excellent!

After dinner we started building. We made two boxes out 4 inch boards. We set them up in the room and after further analysis we decided to make a box out of the big boards too. Now if I would have been thinking earlier, we should have just made one box out 24” boards…but I wasn’t thinking straight. Anyways, we got almost the entire closet done on Sunday before we had to go home. It was a lot of work, but I think it looks pretty good. I felt like I was channeling my father. Now granted he should have come to be sooner while we were doing our initial analysis but hey he must have been sleeping. LOL!

Here are some pictures of the process and the finished product. Not bad for a first time. 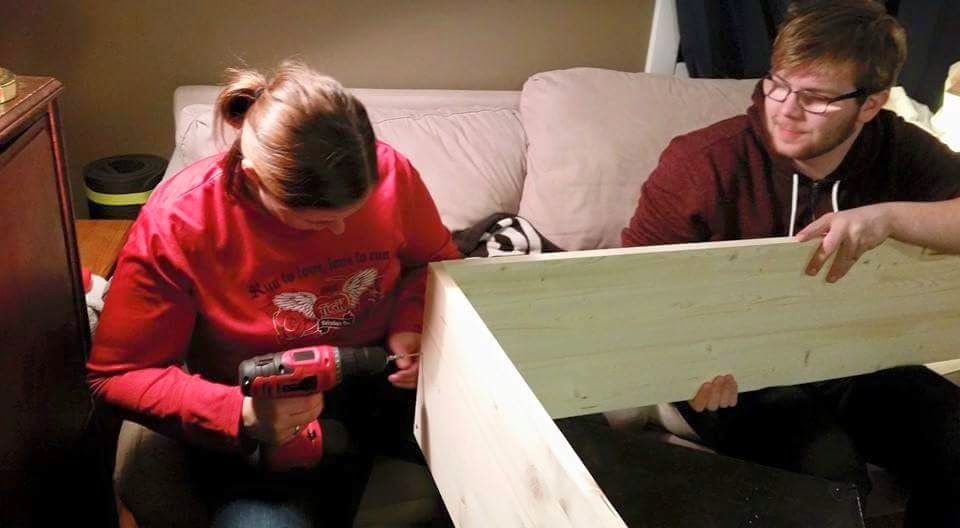 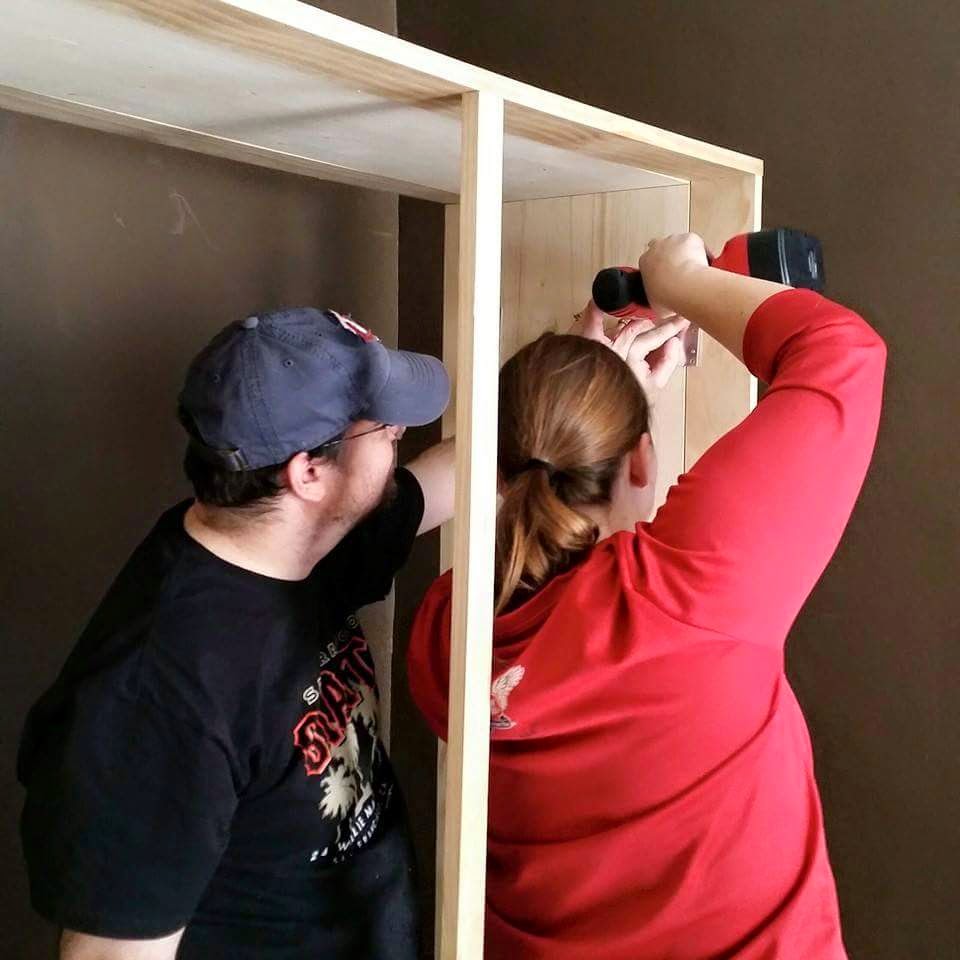 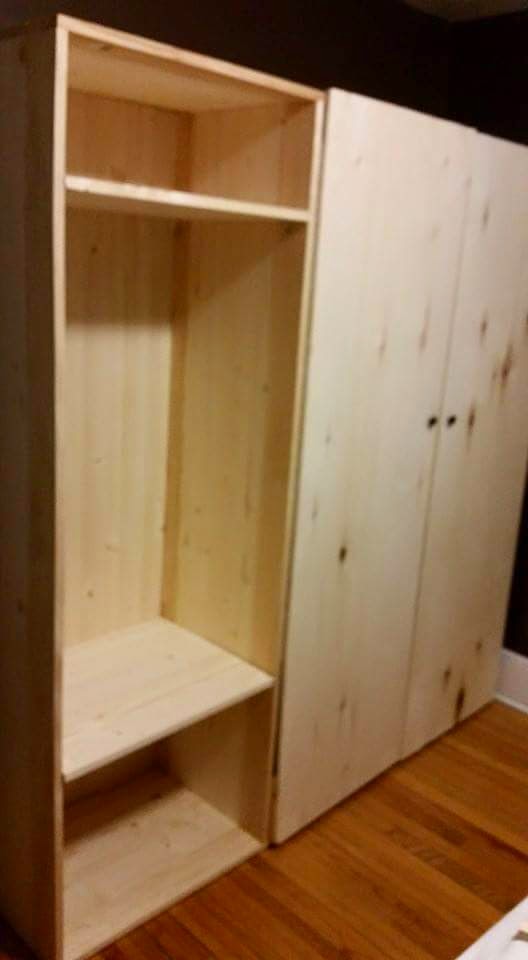 We stopped at Danielle and Bradley’s to drop off flower for the wedding. I discovered I made 6 extra boutonnieres then were needed. Apparently math isn’t my strong suit. LOL! Danielle is so excited for the wedding. We talked through what was left on her to-do list. We did some planning and finally we had to go. I had a concert last night so we needed to get home and shower.

The concert was ok, not our best…especially the last song, Abram’s Pursuit. It makes me sad because we sounded so good on Thursday and we were a complete muddle at the concert. It makes me mad because I love that song. Eric recorded the concert but the video recorder wasn’t fully charged and it died 2 minutes into the last song. I’m not sure if Eric got the part that was a complete F*&C UP or not. As I told my friend, Jenny, “Eric only got the first 2 minutes of the song. I’m not sure if he got the meltdown…LOL!” The reason it that is funny is because our concert title was “Winter Meltdown.” I will find out tonight when I process the video and put it online.  A nice thing we did for the concert is put a single rose on Mary’s chair. If you didn’t read my blog earlier this month, Mary is our 1st chair flute player. She had been with the band since the 80s was an amazing player. She died unexpectedly a couple weeks ago. It was a way for us to honor her.
Posted by KimmerBee at 5:30 AM