Firstly let me say that waking up at 5am on a day off and not being able to get back to sleep sucks…two days in a row. :(

The Start
Our start time was 30 minutes after the 10K and Half Marathon so that was good. So instead of me and 5,000 of my closest women friends starting at one time we only had over 1,300. So that was cool. Temperature wise it was great…68 degrees…but there was 98% humidity. Yuck! The air was just thick. It is a weird feeling “sweaty” while waiting for the race to start and it was only 68 degrees. It was just DJ and I at this race. Obviously Eric couldn’t participated because well, he isn’t a woman duh! Although there was a guy in front of us who was wearing a wig. When we started one of the camera guys caught he was a guy and was saying we have a cheater. LOL! Brenda didn't sign up but really wish she would have done same day registrtation. The first mile seemed fast but it was one of my slowest first miles during a race all summer…it must be the lack of Eric effect. It was still a respectable 11:25.

The Middle
The course ran down Shepard Road along the Mississippi river bottoms in St. Paul. It was an out and back course...my least favorite, but DJ’s favorite. There was one water stop just after mile 1. There was a pep band there from a local high school. Being the band geek that I am, I much prefer that to some other type of band except for maybe a polka band. LOL! I actually walked through the water stop as I’m still not a pro and drinking from a cup and running. My water bottle no problem but with cups it ends up down the front of my shirt. Reason #1 for not wearing a white shirt. Mile 2 was the slowest at 11:47. I was feeling pretty dejected at the mile 2 marker.

The Finish
Right around the 2.5 mile mark I mentioned to DJ that I could probably walk. I was feeling pretty tired, the humidity took a toll, and realized that this wasn’t going to be the best time. But for some reason instead of walking I picked up the pace. I saw the finish in sight so I thought maybe I could get the 35 minutes yet again. That wasn’t to happen. I crossed the “finish line” with a time of 36:13 (DARN IT!) But we think the actual finish line was a little sooner than the sign because the black timing mat was way sooner. We were not chipped time so we aren’t sure. And although I’m upset that I’m over 36 minutes again my average pace was 11:16. Yep that was faster than at the last 5K I ran which was 11:23. You see, the last 5K was 3.09 miles and this one was 3.21 miles.  That .12 makes a difference. If the 5K was a truly a 5K I would have finished with a time of 35:13. I’m happy with that.

Oh so the last mile was the fastest at 10:56. But what is more impressive is our pace for the last 1.21 miles was 10:45. That means I really “sprinted” to the finish. I had enough in the tank to finish very strong. Best. Finish. Ever. Maybe it is because I wasn’t upset that Eric took off on me again.
Here are the splits, maps and pictures: 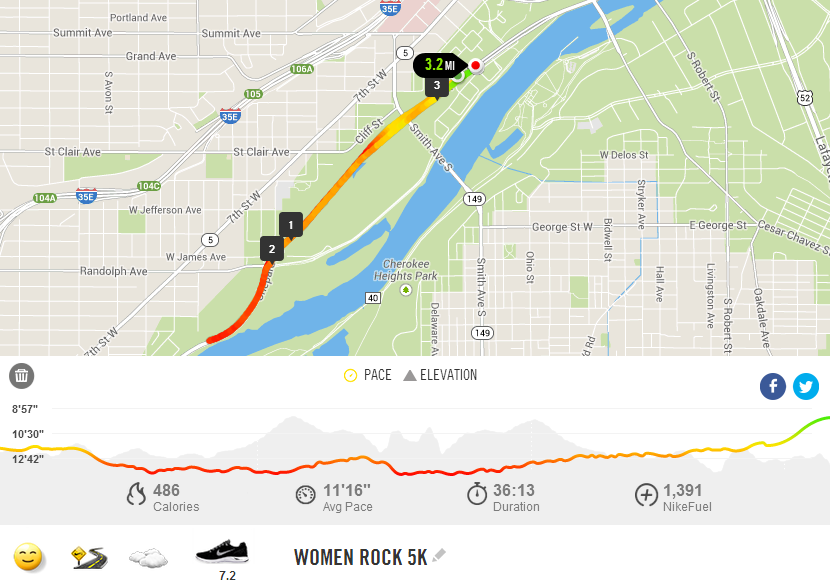 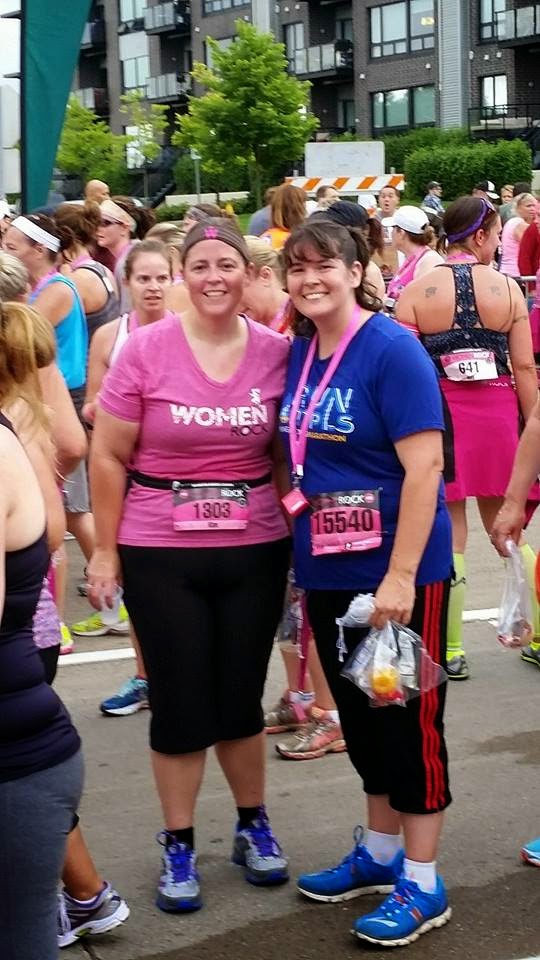 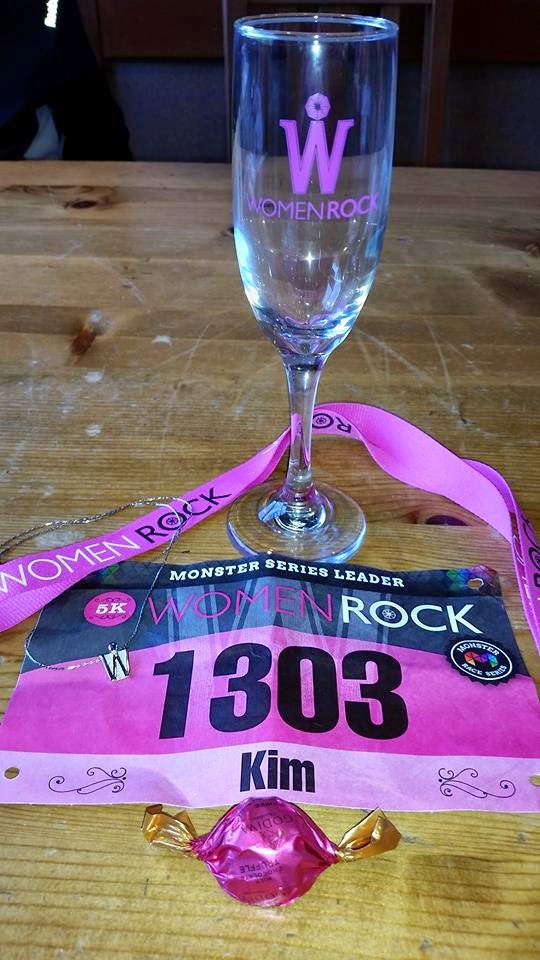 Posted by KimmerBee at 6:53 AM