I have finally made it. See: 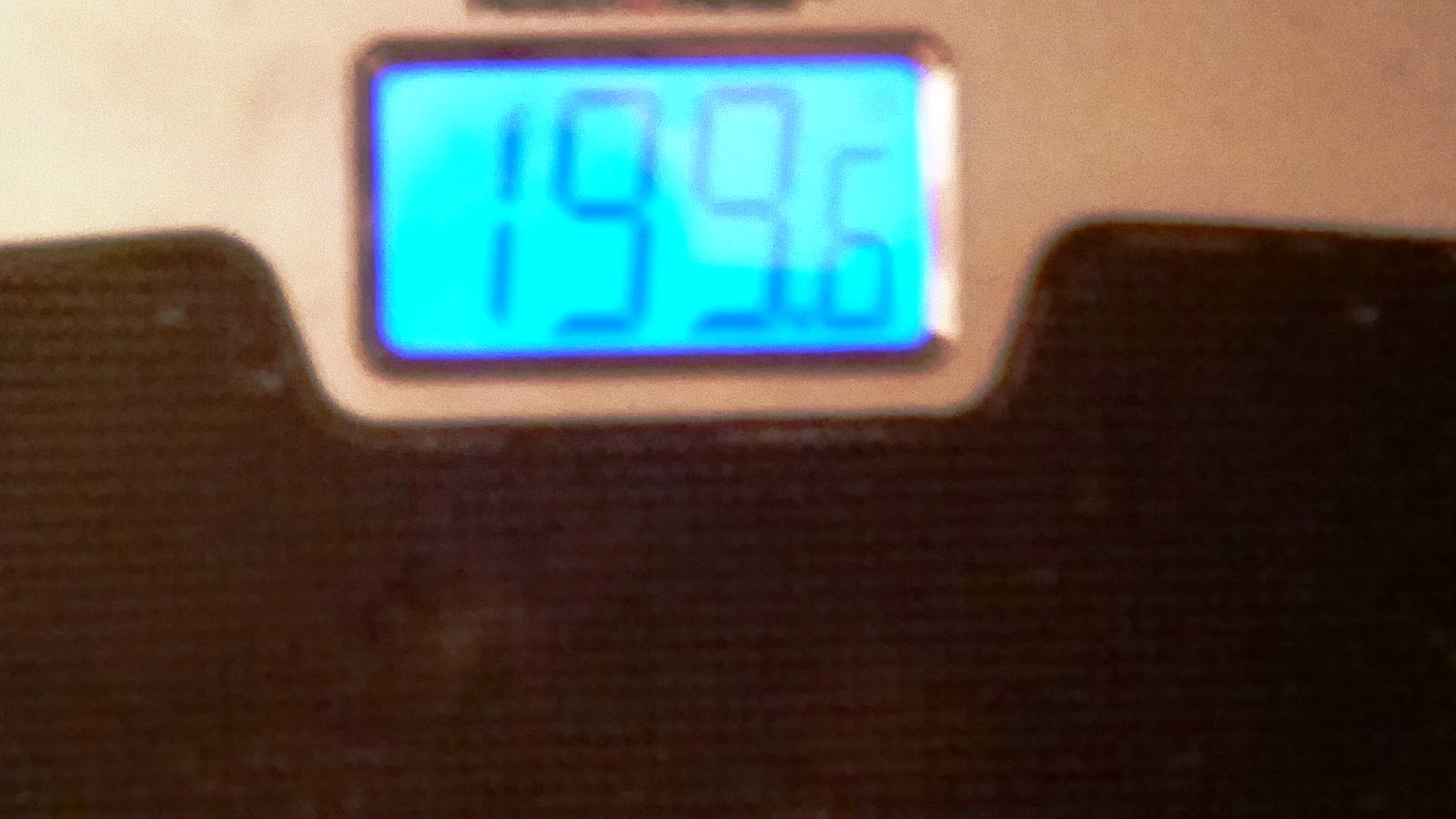 This was yesterday after my long run so it doesn’t count but this morning I was at 199.8 so that counts and I finally got under 200…Woo Hoo!

It has been a long journey and it is definitely not over. I’ll be over 200 again after Saturday…with the State Fair and all. There is no way I don’t gain!  But come Monday I’ll get back on the wagon again and hopefully get under 200 again.

The Day Off
I had some extra days that I need to take off that Eric, unfortunately, does have. So yesterday was one of those “throw away” days. I slept in until 9am…surprisingly Swirl let me sleep that long. I’m not sure if he realized I was home or not but at 9am I heard the scratch at the door. I figured I better get up. Now if you know me, you realize that is a huge deal because I’m normally up at early on days off and weekends.

The Long Run
Yesterday morning we had storms, I slept through them. When I woke up at 9am I saw sun and knew I was in trouble. The weather forecast was for hot humid weather after the rain. Darn it, I missed the rain! I had a little breakfast and put on the running gear. I also used my water belt. And man did I need that! I drank every ounce on the run. When I decided to take the day off I know this was going to be a long run day. I had counted on it so I had to do it. And I didn’t have the benefit of Eric dropping me off far away from home. I had to do this on my own without giving up. I did a 6 mile loop around Shakopee. The first 2 miles were under shade trees. However, once I got on the running path, I was in the sun almost the whole way.  My first mile and my last mile were the slowest and my overall pace was slow but I got faster as the run went on. Here is my course and splits: 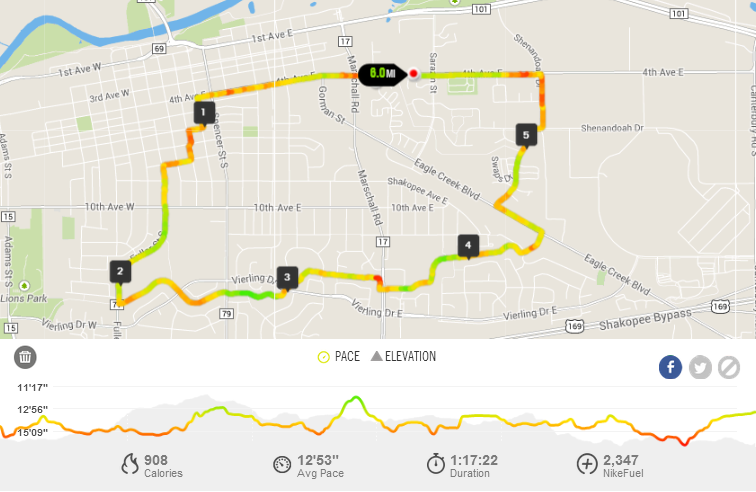 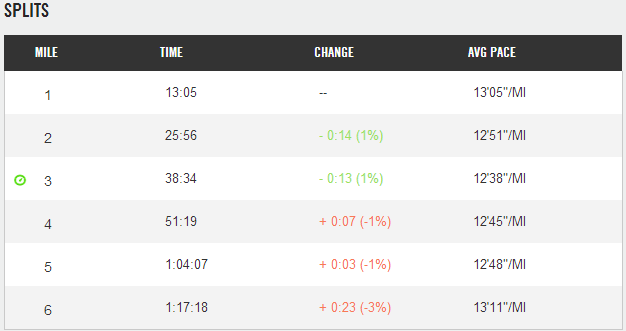 
After the run, I squeezed about a pound of water sweat out my clothes and relaxed. I didn’t really do much the rest of the day. I did some cleaning and went shopping for a bit but that was it. It was a successfully day off! :)
Posted by KimmerBee at 4:02 PM