MOA and A Wedding Dress

Well I’m still under the 230…so that is good considering all the bad food I ate this weekend.  But more on that later.

Tuesday was volleyball, we had 5 players…that is only the second or third time all season we had more than 4.  So that was good.

Wednesday I had a White Elephant Christmas and Happy Hour with work. That was so much fun but I ate too much hummus so I had to go for a run.  My run was slow, well slow for inside.  My average pace was 13:41 it was really only 5 seconds slower than my previous fast run but I felt dog tired!

Thursday I was going to work out again but that didn’t happen.  We got distracted shopping in Burnsville and by the time I got home and made dinner it was too late to go to the community center…and the walking track was closed so I would have to do a machine…I’d much rather run.  I can’t believe I just said that.

Friday after work we went swimming again!  I know it has been a while.  One thing I was on vacation with mom, then Thanksgiving came around and then it got really cold. I find it hard to go swimming when the wind chill is -20 degrees…wet head, even with a hat on, in that cold is not a good idea!  But I did a half mile and called it quits…it felt so good to be back in the pool.  This Wednesday is the last day to go swimming for this year so I definitely need to go. :(

Saturday I went for a long run…inside.  It was snowing and I hadn’t run around the area since the last ice/snow storm so I didn’t know where ice would be lurking under the freshly fallen snow.  Forgive me!  But I did 4 miles. 56 laps around the running track…boring.  And there were so many people there I was constantly running around them.  It wasn’t fun but I did it.

After the run, Danielle and Bradley came up and we went to the Mall of America.  We got 4 all day ride wristbands from my Mom’s friend and mini golf coupons.  It was fun! 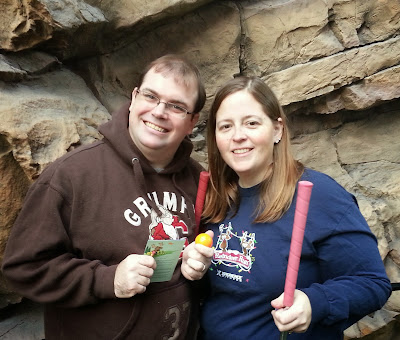 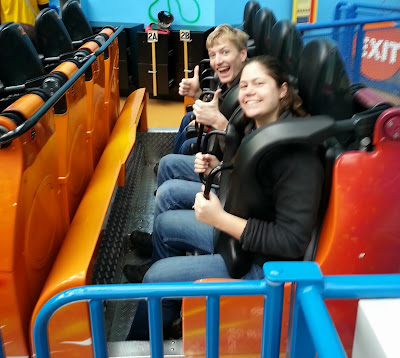 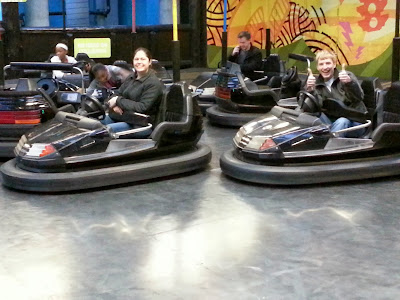 We were there for over 5 hours. We were going to go to the Holidazzle parade but it was too late by the time we left so we went to Olive Garden instead.  Yum!   After that I made peanut butter blossom cookies…Double YUM!

Yesterday after 5 hours of cookie making…I made Monster, Spritz and wreaths…Danielle and I went wedding dress shopping.  I tried on some bridesmaids dresses and have a few favorites.  Danielle tried on about 6 wedding dresses and narrowed it down to two and then finally the last one.  I didn’t expect that to happen but it was really the best dress for her and it requires no alterations!  It truly is amazing!  She got a deal on it too as it was “as is” which means that somebody bought it (possible altered it too) and then returned it.  She was really happy!  I was honored to be there when she bought it but felt a bit guilty too. Normally you do that with your mom, not your aunt, but she wanted it and it was “as is” so she had to buy it!

After dress shopping (which took over 3 hours) we took them out to Pizza Ranch for dinner.  So as you can tell between the MOA food, Olive Garden, 4 different types of cookies and Pizza Ranch, it is a miracle I’m still under 230!