What a busy weekend!  Friday we went to the Twins game. They scored 11 runs!  The last two games we have gone to they have scored 30 runs!  Apparently we need to go to more Twins games.  After the game they had fireworks.  They were nice but Cincinnati’s were so much better.  No comparison!

Saturday my whole family came up (or down) for the weekend.  Mom, Mike and Nancy rode together and got to my house at like 10am.  Dylan and Danielle were dropped off at 1pm, on their return trip from Montana.  We went to Canterbury Downs for the horse races.  It was the Mystic Lake Derby as the Casino is now in partnership with the horse track. We stayed for like 4 races.  Nobody really won.  We won a couple but mostly lost.  It was fun! We also got $10 in free play at Mystic Lake Casino.

After losing money on the ponies, we went to the Polka Mass at our Church to kick off Julifest. Following the Polka Mass, we went to enjoy some food and drinks. Mom got her German Potato Salad. We played some adult games and bingo.  Bought some baked goods at the bake sale and enjoyed some pie and ice cream.  It was a fun night.  We left really early though. I guess because we weren’t work this year we didn’t stick around.  We took a splash in the pool at the hotel and of course played cards.  I stubbed my toe coming out of the pool and I’m pretty sure I broke my toe.  It hurt like hell and still hurts.

Sunday morning everybody came to my house. I made breakfast for some and Dylan stepped on my broken toe.  It really hurt!  Bradley arrived about 11 and we went to the casino to spend our free money.  Eric and I played Deal or No Deal. It was so much fun. I won over $90 on a penny machine.  We ordered some pizza for lunch and had birthday cake for dessert for Eric’s Birthday.

Everybody left at 2pm and Eric and I went to Centennial Lakes in Edina to play mini golfing. Eric beat me by 8 strokes. While we were playing Eric said he wanted to go bowling too.  So after mini golfing we went to Louisville lanes in Shakopee for 3 games of bowling.  It really hurt to put bowling shoes on and the first game was rough with my toe.  I’m not sure if my toe went numb but the 2nd and 3rd game went much better.  But again, Eric was victorious.  Way to go Eric.  We finished the evening watching the Olympics.  I think it was a good birthday for Eric. 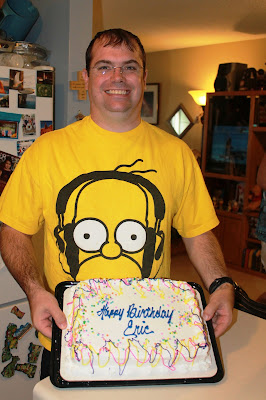 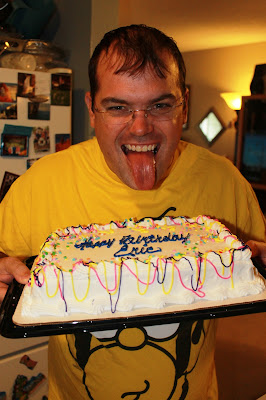 Posted by KimmerBee at 8:41 PM

Email ThisBlogThis!Share to TwitterShare to FacebookShare to Pinterest
Labels: Polka