Off to Brussels, Waterloo & Leuven

We all had breakfast at the hotel the last day in Paris. We had to catch the 10am train to Brussels. It was a very nice quick ride to Brussels and we met Jim and Elizabeth at the train station. It was so nice to see them again! We went straight to the park for packet pick up for our 20KM race. We stopped at McDonald’s for lunch and went to Waterloo. They have a new museum and it was very interesting. There were some great information films that were in 4D so that was interesting. We walked up the 200+ steps to the lion mountain to see the view of the countryside. That was a work out! We went to farm to see where the British were and watched another interesting video.

After Waterloo, we headed to the house to drop off our stuff and freshen up. We then headed to Leuven for dinner. We saw the “new” library at the university. The old library was burned down in 1914 when the Germany’s torched the city. The new library was built with funds from Herbert Hoover and university students in the US. The place is amazing! 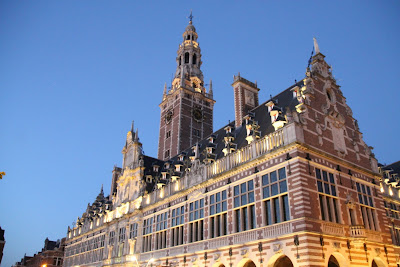 We had dinner at a local pub/bar. I had chicken pot pie, it was delicious. We walked around the streets and stopped for ice cream before leaving. It was seriously the best ice cream I’ve even had. It was amazing. 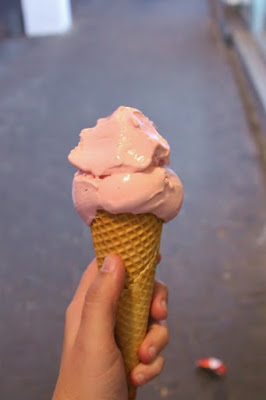 Overall it was a great day!
Posted by KimmerBee at 6:00 AM