Half marathon #9 is complete. It was probably the toughest as far as weather conditions are concern. I’ve never ran in that strong of wind (20-25 mph sustained) and it felt like it was always coming at me. It was rough. The temp was around 38 degrees so it was cold. I never took my long sleeve shirt off. It was also a very lonely race for us slow people. I followed a woman from Trinidad and Tobago the entire time. She was always right in front of me. I was really by myself for most of the 13.1 miles.  There were only 582 finishers. I was 563. I was a minute behind the finisher in front of me and a minute ahead of the next finisher. Like I said I was alone.

The Beginning
The first 2.5 miles were paved. Mostly it went through University of Oshkosh Campus. After that we went on to gravel. Thankfully the rain held off so we weren’t running on mud. It did rain all night so it was wet but not horrible. This part of the race was next to Lake Butte des Morts. The only thing that was memorable was the old man (the guy that finished right behind me, he is 74 years old!) pee next to a tree. It took me a while to figure out what he was doing. LOL! I have to say I have never seen that at a race. Anyways, my first 4 miles were fairly consistent. Not as fast as I’d like but they were all under 14 minutes, which lately is a good thing. ARGH!

The Middle
At the start of mile 5 we ran out of the woods/gravel and on to a road that goes over the interstate. This was where I was seeing all the really fast half marathoners going back to town. I was so jealous! Haha! Most of the reason mile 5 was slow is I had to stop and tie my shoe, three times. And then of course my shoe had little rocks in it so needless to say I wasted 30 seconds at least fixing my shoes. So really my first 5 miles would have been under 14 if I didn’t have to do that. This road that we ran on for the next two miles was very long service road next to the interstate. So I wasn’t really lonely, I had cars and semis whipping past me going 70 mph. Not cool! We turned to go back on the trail. I was so glad I could turn left to go back to town. The marathoners turned right and ran another 4 or 5 miles on gravel on in the country. Yuck! After a mile or so on the gravel we crossed a very long bridge over the Fox River. Again, it was interstate bridge so lots of cars whipping past me. Ugh. The view was great though on the other side. The bridge was miles 8 and 9. I was glad to get off the bridge and on to city streets. The only bad thing is they didn’t close the road so we were running in a lane and there were cars always driving past us. Not my favorite. Miles 5-9 were all under 15 which is pretty good considering it was so lonely. Haha!

The Finish
More gravel trails, more bridges. I think there was more gravel than paved. But I’m not sure. I was passed by the marathoner at mile 10.5, his mile 23.6. Yep, I’m really slow! The good thing is I was never passed by the first women marathoner! Haha! Miles 10-13 were rough. I was trying to run the best I could but I did a lot of walking. I tried to keep them consistent and I did for the most part. For some reason I was having swollen issues with my hands. My hands were so swollen I couldn’t make a fist. I still don’t know what was going on there. I ran to the finish and had a time of 3:10:42. ARGH!

I’m looking forward to the next long race. It is a 20 KM in Brussels and there are 40,000 runners. I shouldn’t be alone and there are a lot of slow people like me. YAY! 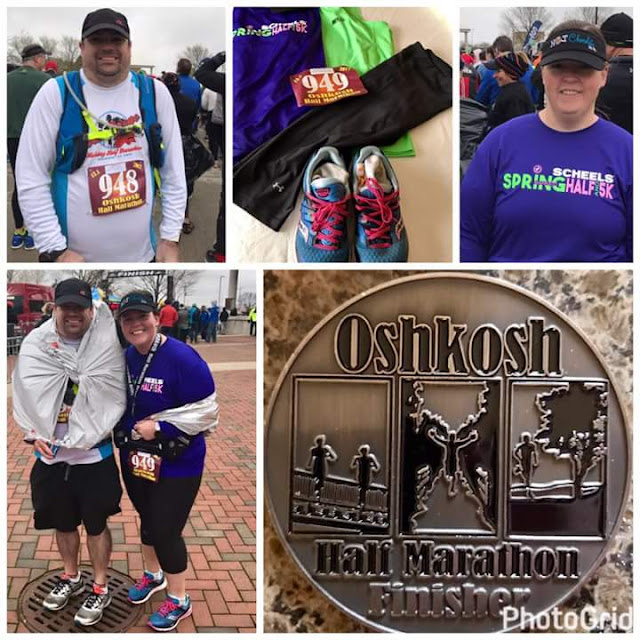 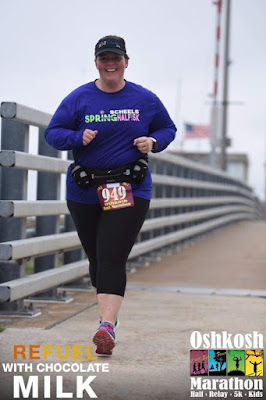 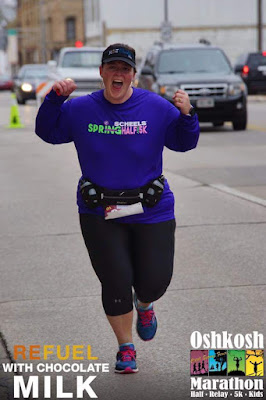 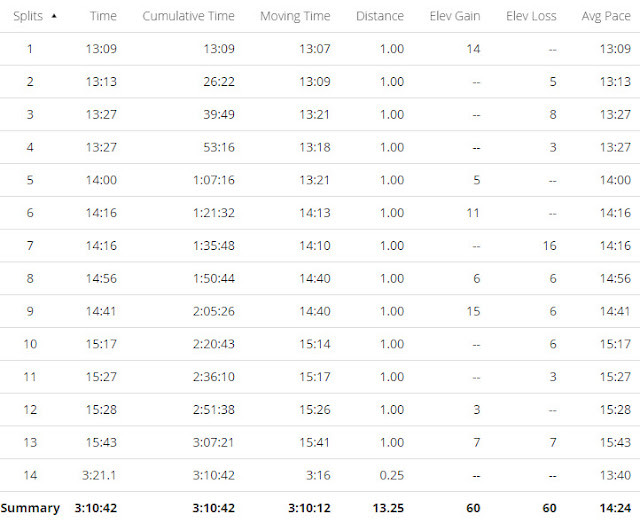 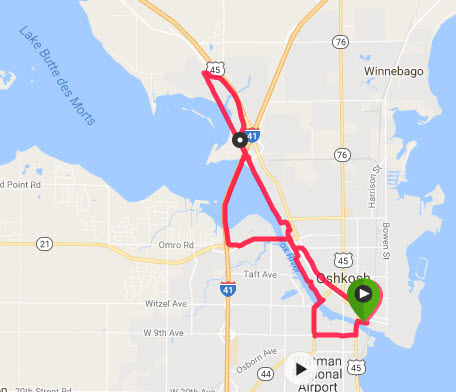