I had three races in 7 days this past week.

Eau Claire 5K
It started with the 5K a part of Eau Claire Marathon. My race was ok. Nothing fantastic but it was one of my fastest this year. I was just 13 seconds shy of breaking into the 38s again at 39:12. I want to get under 39 minutes so bad! I really want to get down to 33 but that requires more training. The weather was perfect for the race and the post-race root beer was delicious. After the race we had to rush to Target Field for a Twins game. The Twins lost. :( 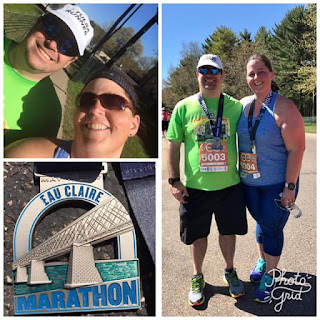 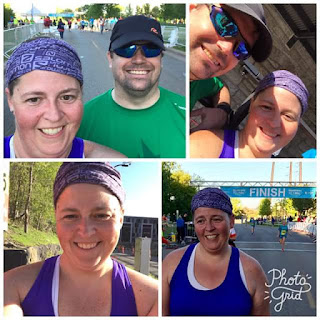 Donut Dash 5K
Two days later we ran the Donut Dash 5K. It was bit on the warm side but otherwise a great morning for running. The amazing thing happened at this race. I managed to run each mile at a consistent pace. I’m seriously look at this: 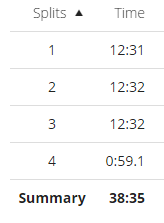 I can’t believe I did that. All my other races I plummet during miles 2 and 3. But this race was the same. I don’t know how I did that. I was very happy with this race and the post-race donuts were great! 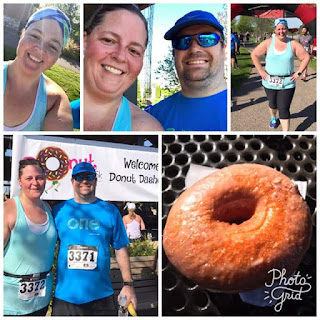 Posted by KimmerBee at 2:04 PM