I did it! I finished a 15K…9.4 miles (almost 10 miles) and survived! It feels incredible. I can’t believe I did it. My crazy idea to do this in October has come and gone and I did it!
The day started out great. We parked the car and walked to the park (about a mile). The temperature was 55 degrees, sunny and barely any windy. Perfect conditions for a run, I was relieved. I scanned the crowd and saw a lot of women of my size or larger. I know I shouldn’t judge but it made me feel good that I wasn’t the only one.
Goals
My main goal was to finish under 2 hours.  But I had three little goals, one for each of the 5Ks (because 5x3=15):
The Start 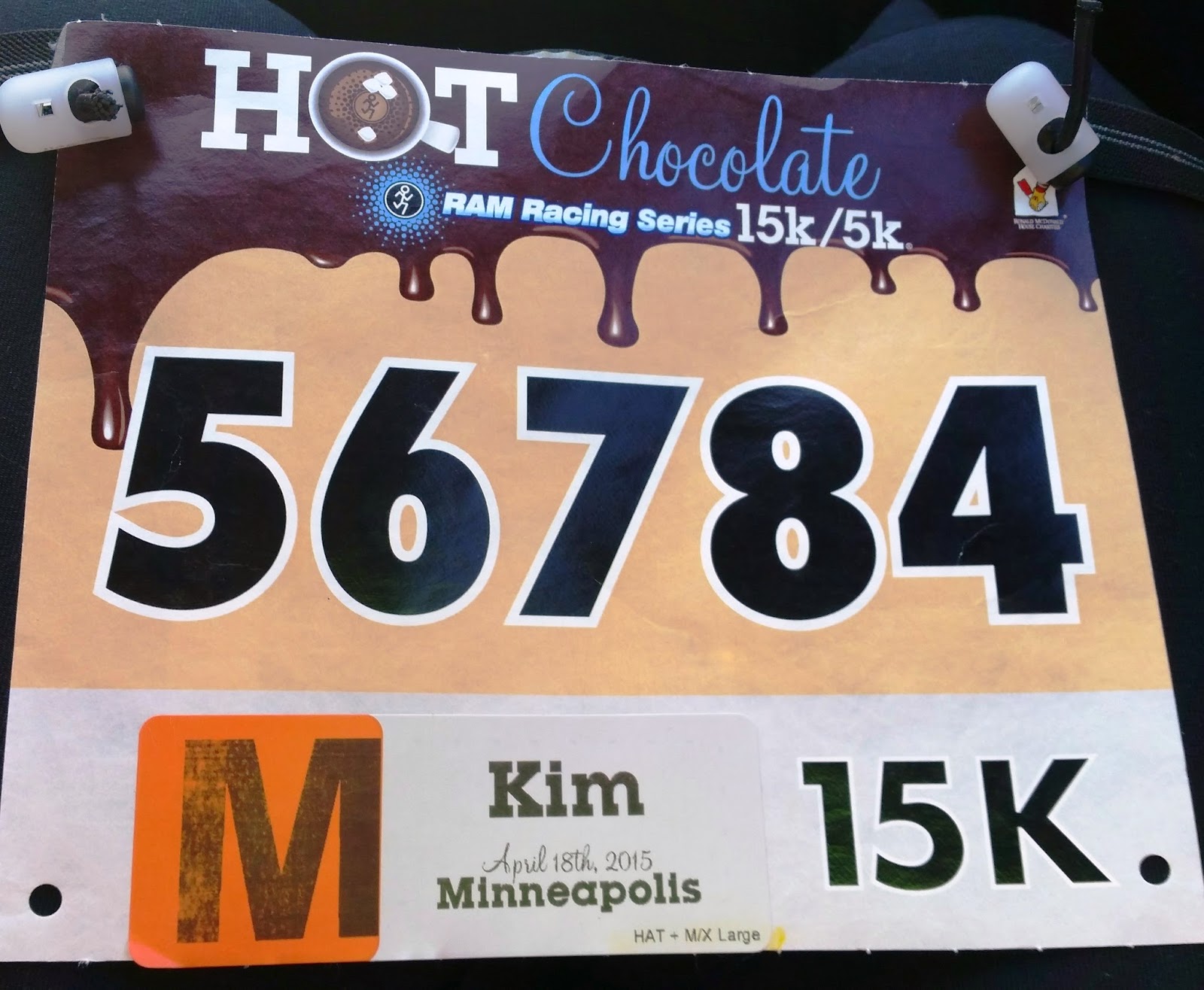 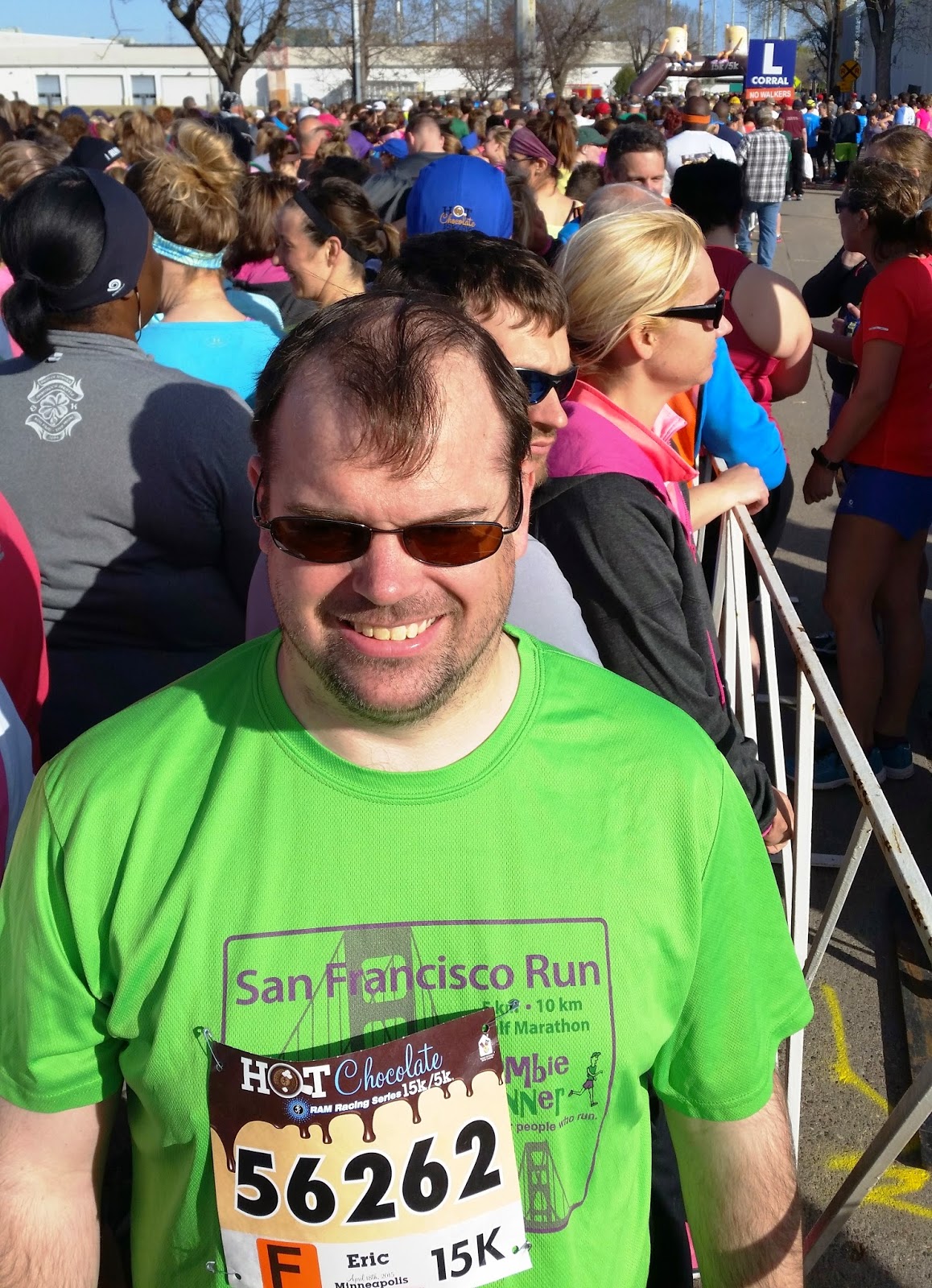 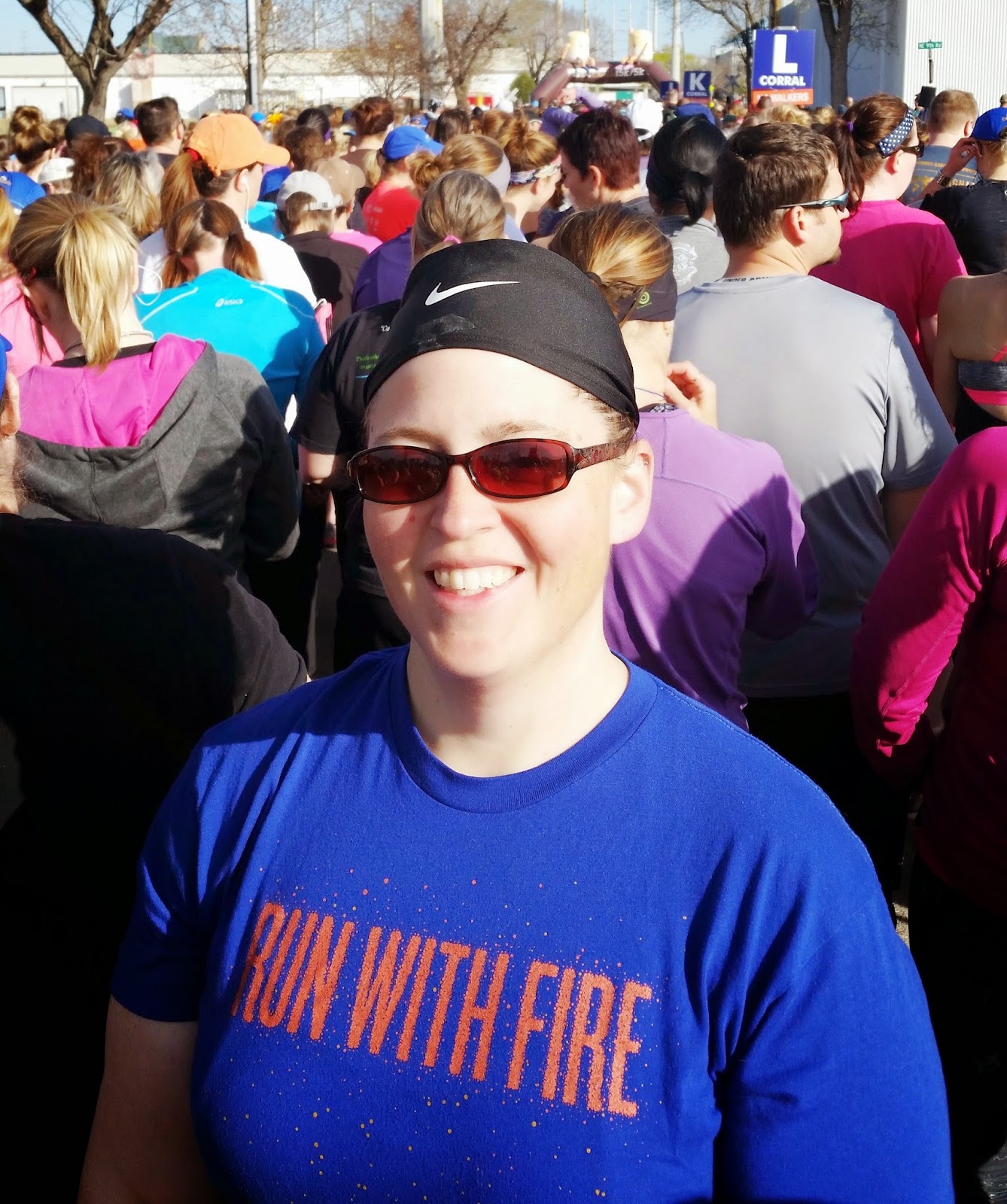 The start was great. There were a ton of people but it didn’t seem like I had to do much weaving around people. Most of the walkers were respectfully and moved to the side. I appreciate that. The first part of the run is not in a very nice area so there really isn’t much to look at except for the unexpected Ferris Wheel on the side of the road. I didn’t catch the restaurant it was attached too. LOL! The first water stop was just before mile 2. A little early for me but I took the water because I knew it was along race and not that many water stops so take it when you can get it. At mile 2.35 we turned left on St. Anthony Parkway. What a relief to get away from the industrial area and get into the park setting. Shortly we were at the 42nd Ave. Bridge…the longest uphill bridge ever. Ugh. But I kept going because I knew that on the other side of the bridge was the 5K marker and the next water stop…with Tootsie Rolls. I was really craving Tootsie Rolls! First 5K was complete, overall time was 36:44.
The Middle
Don’t remember much about mile 4. I know we ran past an oxygen company and thought it was bit funny…I need Oxygen! At the end of mile 4 I was tricked. I saw flags flying and I thought I need water…I was so happy to see it was just up ahead. I was pissed when it just turned out to be Ortho People advertising their races…I need water!  Fortunately the water was less than a half a mile away but it was a bit blow to my spirit. The 3rd water stop had marshmallows which I skipped but drank a couple glasses of water and poured one over my head. I was very warm by this point! We made it to the 10K marker and I was feeling pretty good. 10K was complete, overall time 1:15.32. Woo Hoo!
The End
It was after the 10K when Eric and I had a bit of a spat. He decided we should finish it over 10 minutes faster than I knew I could do and I got pissed. He wanted me to “push myself” but I was already giving my all and knew that trying to keep up with this pace wasn’t going to happen. My attitude soured. I knew I was going to finish but I was so mad I wanted to walk the rest of the way. Anyways mile 7 was brutal. I was really warm and very thirsty and the next water stop was still over a half a mile away. But I pressed on. I walked more often but still kept moving forward. The last water stop had chocolate chips. I was so happy to have chocolate again and WATER! I took a couple waters and downed them like nothing and took one for the road. It was less than 2 miles to go and I knew that this race was mine. All I had left to do was running along the Mississippi River, across the Stone Arch Bridge and down St. Anthony Main.

I don’t remember much about mile 9. But I do remember walking up the last hill and then sprinted to the finish. I was so happy to be done. I got my water and my chocolate and gorged! 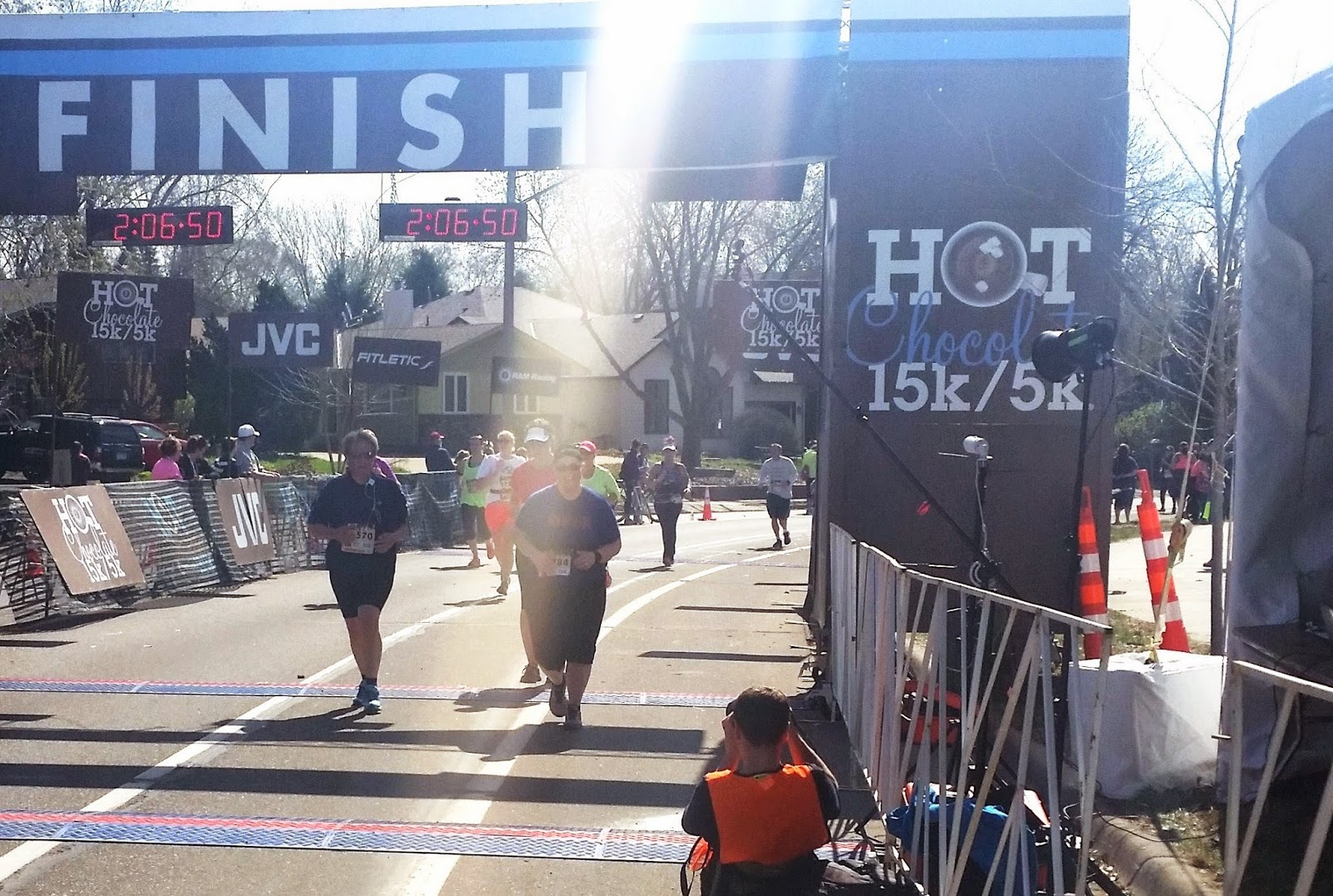 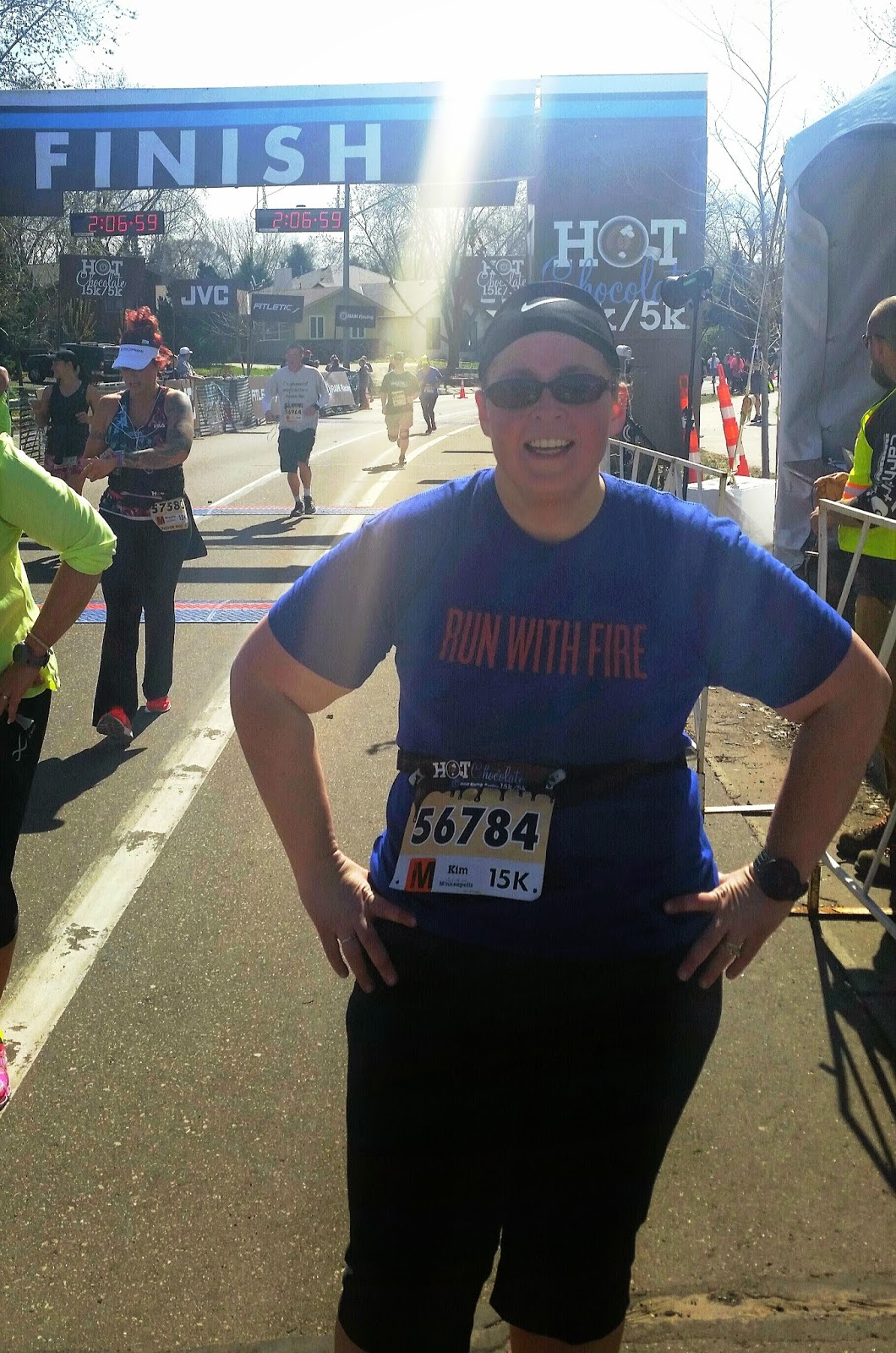 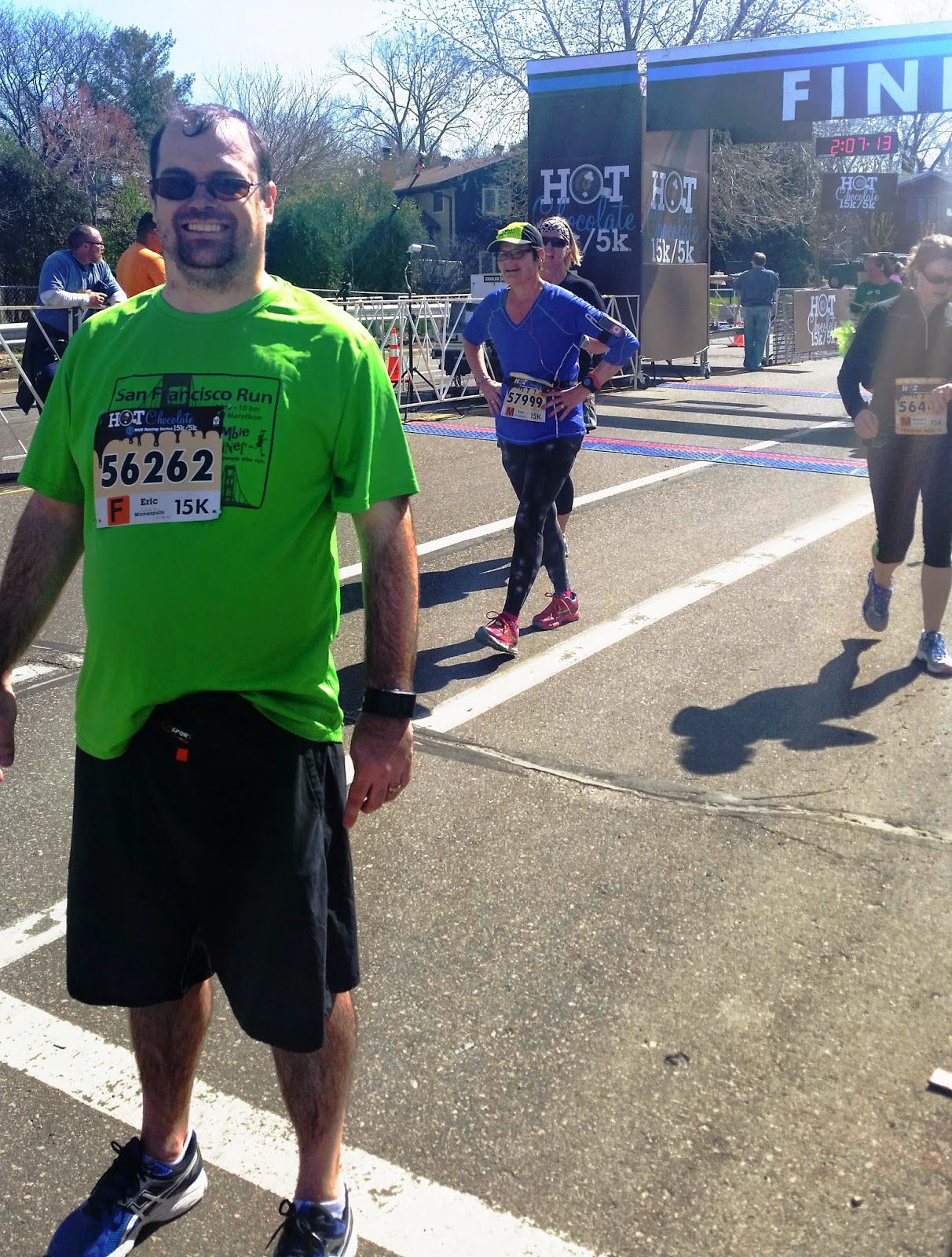 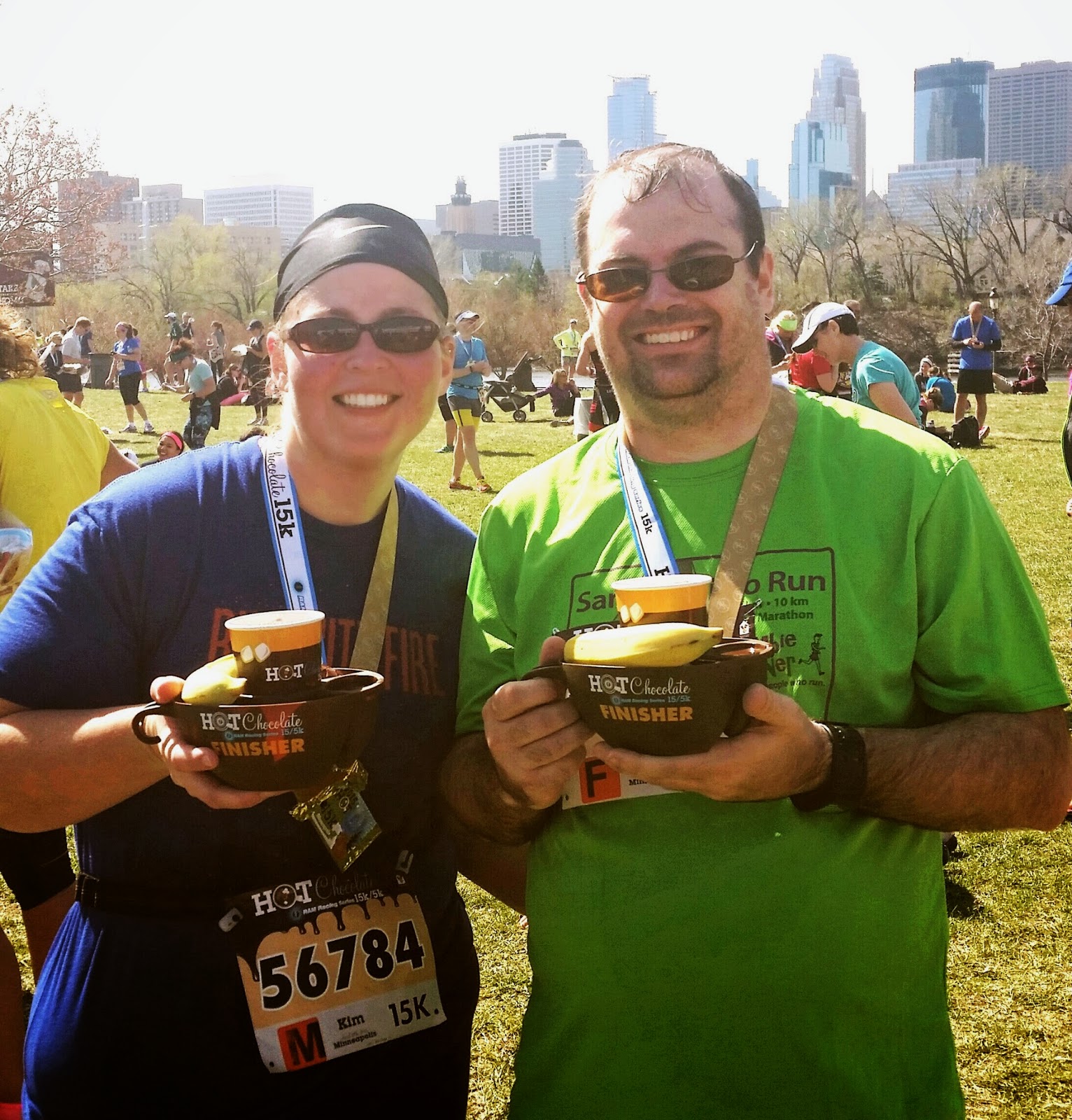 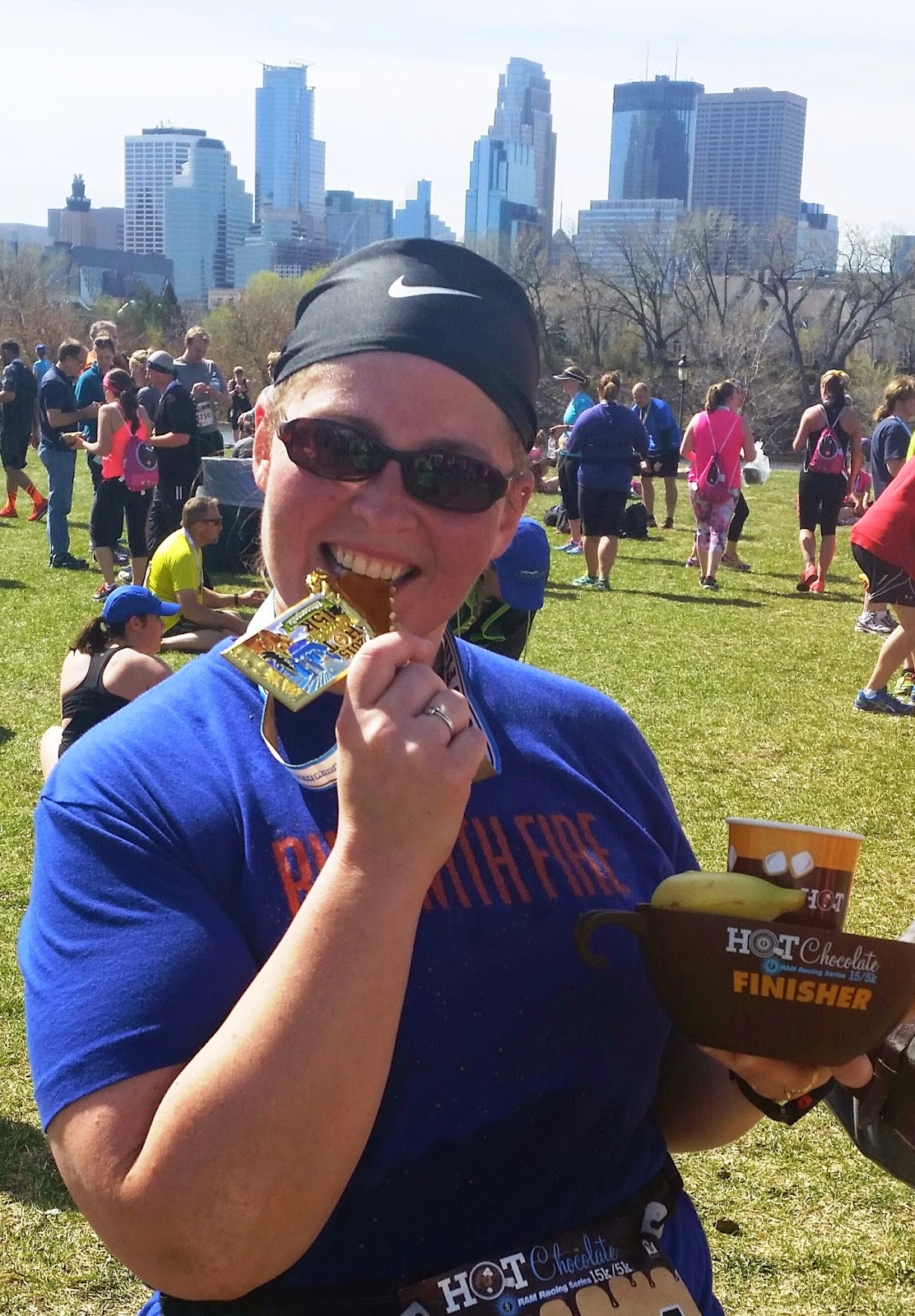 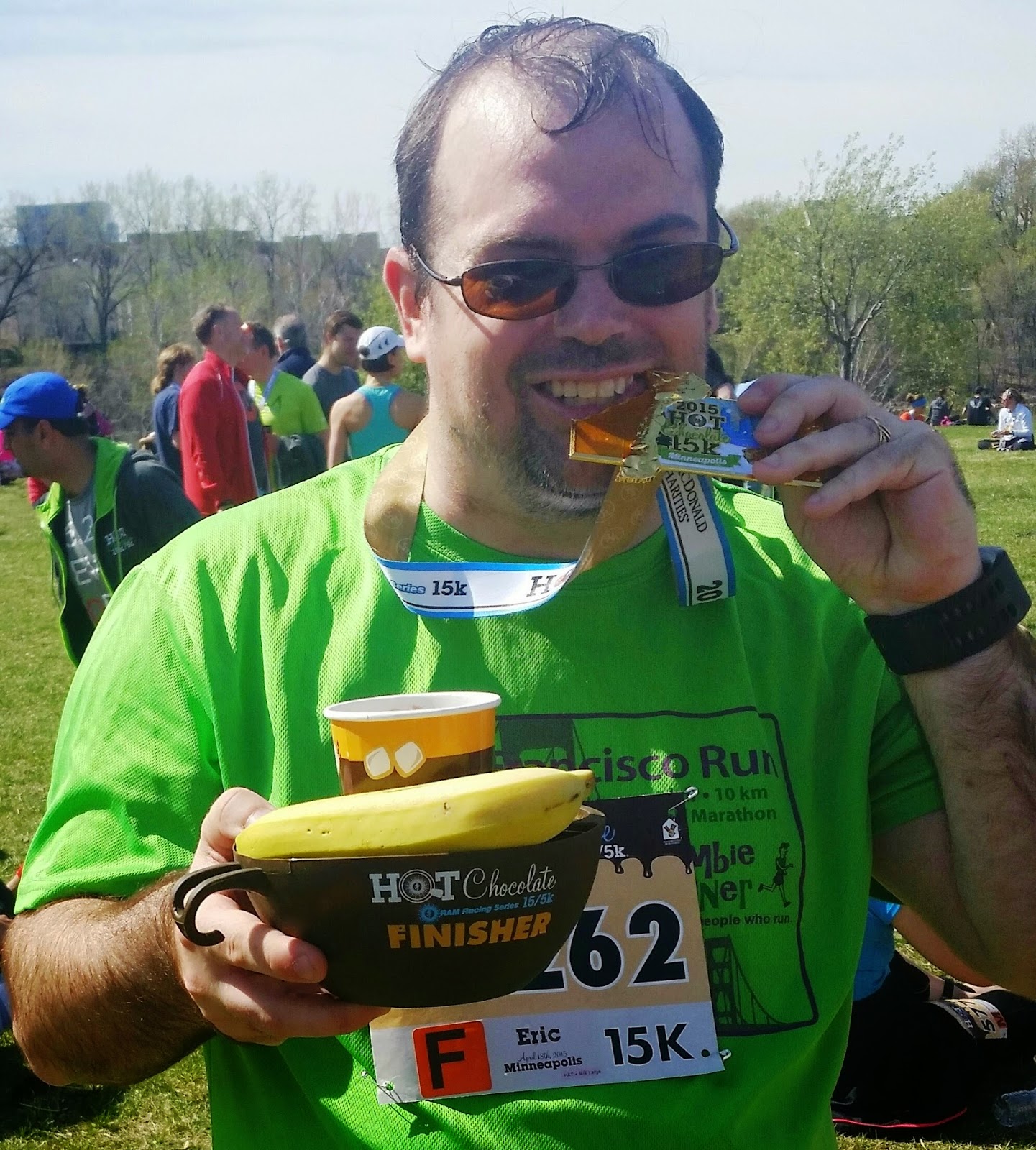 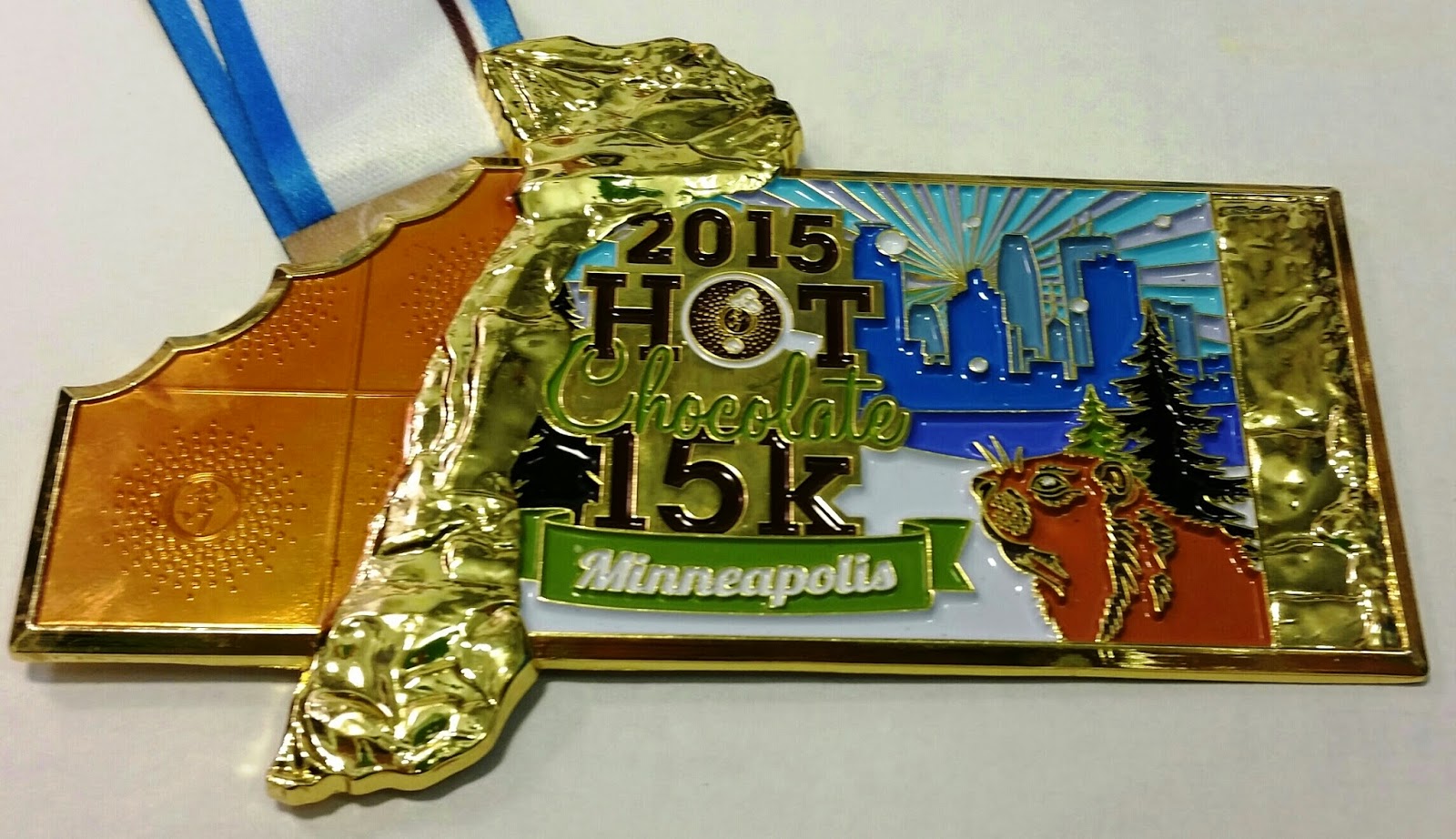 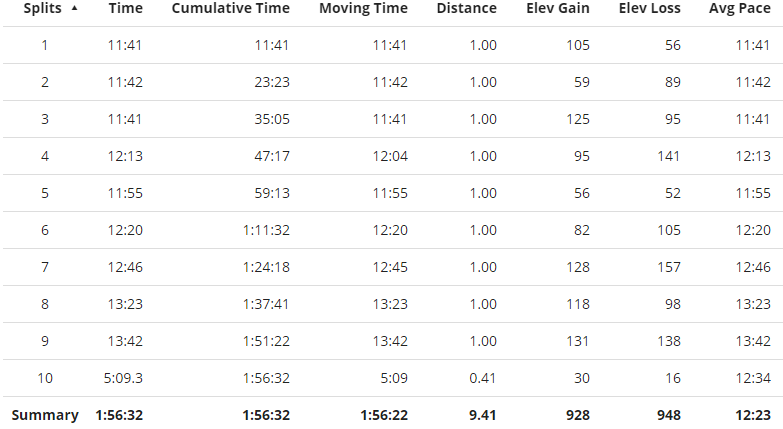