We got up early Monday morning and drove 3 hours northwest from Mitchell to Gettysburg, SD (where the battle wasn’t). I’m very thankful that South Dakota allows you to drive 65 on two-lane roads. It wasn’t a very exciting drive, there isn’t much to see. We got Gettysburg around 12:30 and met people at the hotel. We immediately went to the Café for lunch. It was good!

After lunch we hung out at the hotel with family. It was nice to see everybody that was there. We made it to the church by 2pm and socialized with people I’d never met. We got some nice pictures: 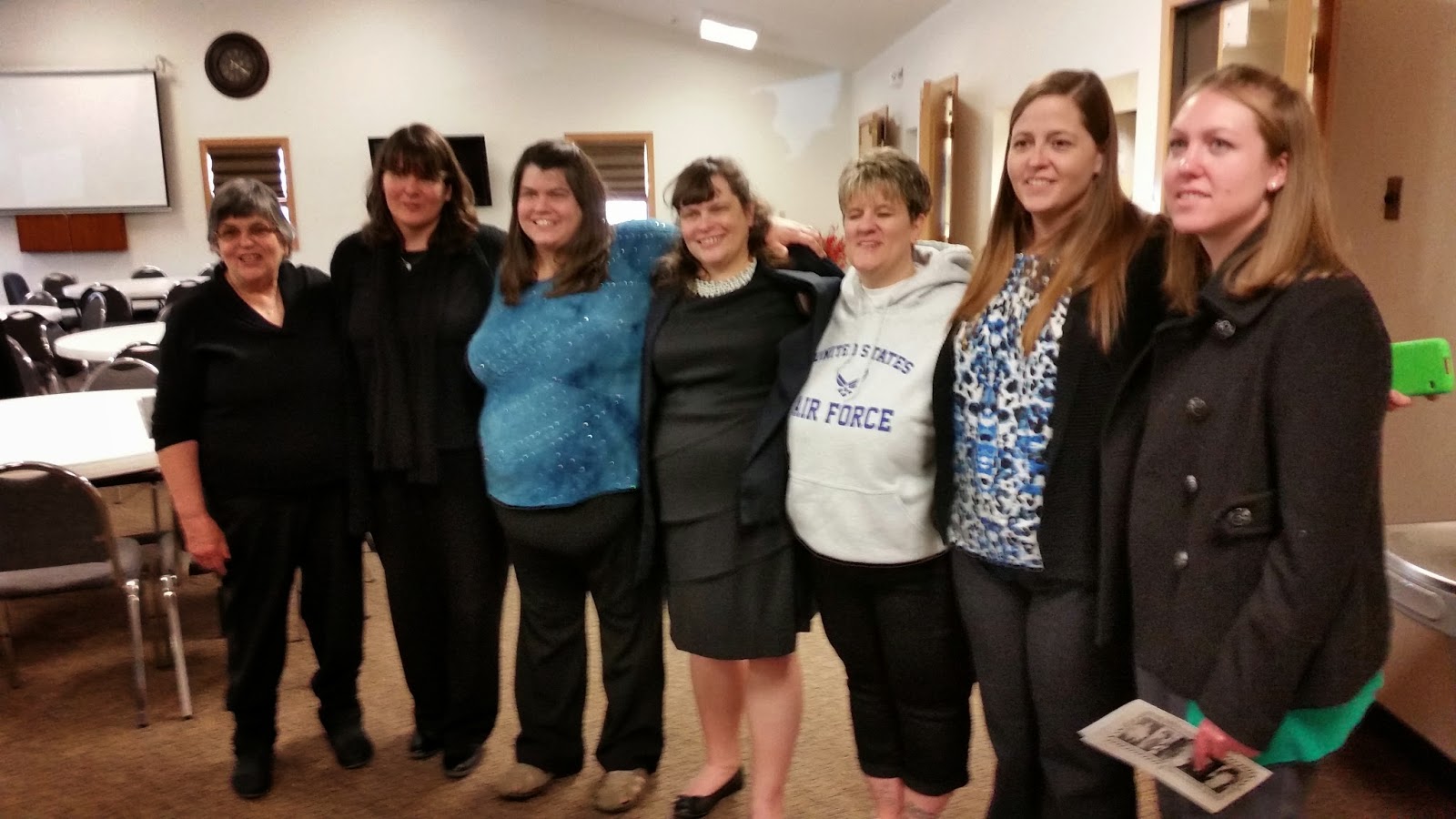 Then lined up for the funeral procession. There was a lot of family there!  The Mass seemed short. There wasn’t a lot of singing. The priest actually talked about Grandma Kate! (The last funeral I went to for my friend Mary, the priest went on and on about going to confession and being “good” since we were in Lent and never really talked about Mary…it really upset me!) Some cousin gave a eulogy and that was it. After Mass we had ice cream and Oreos. That was it!

We ventured out to the farm to get a picture at the “rock.” It was so windy! While we waited for the others to arrive, we checked out the new shed that was recently built with the 16 row planter and other toys inside. Once everybody arrived we hurried to snap the photo of the gang before the windy blew us away. Byron…silly boy, locked his keys in the car. Why he was locking his car in the middle of nowhere South Dakota, especially since we were only going to be 50 feet away was silly. Oh well, it happens. 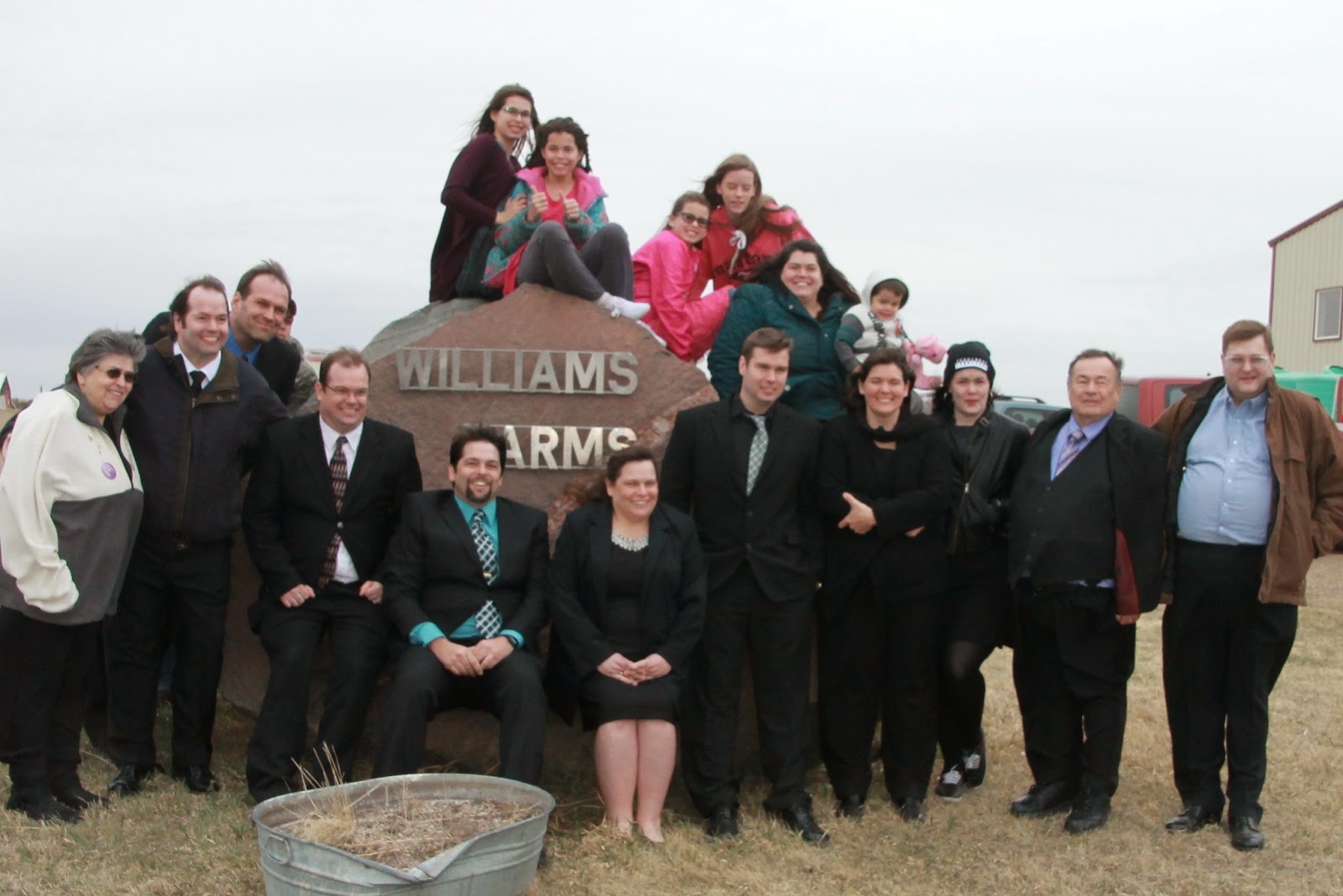 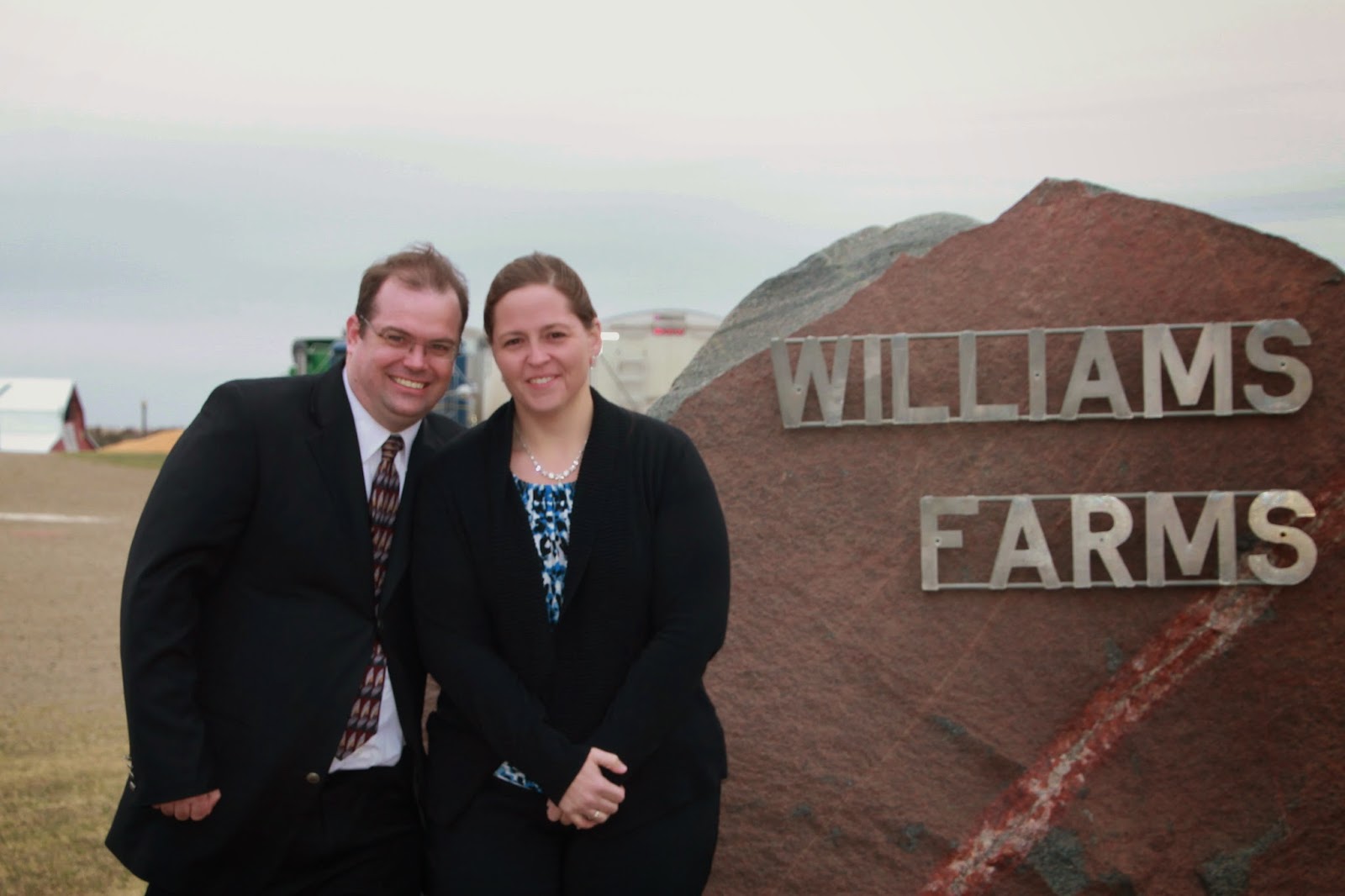 We went up to the house and looked at old photos of Grandma Kate and the family. We talked with Eric’s Aunts Kara and Molly. And whoever else was there. We eventually made our way to Uncle Bruce’s house where we saw the rest of the family. We eat some food and around 8pm we finally made our way out the door and on the road home. We got as far as Watertown before we called it a night. 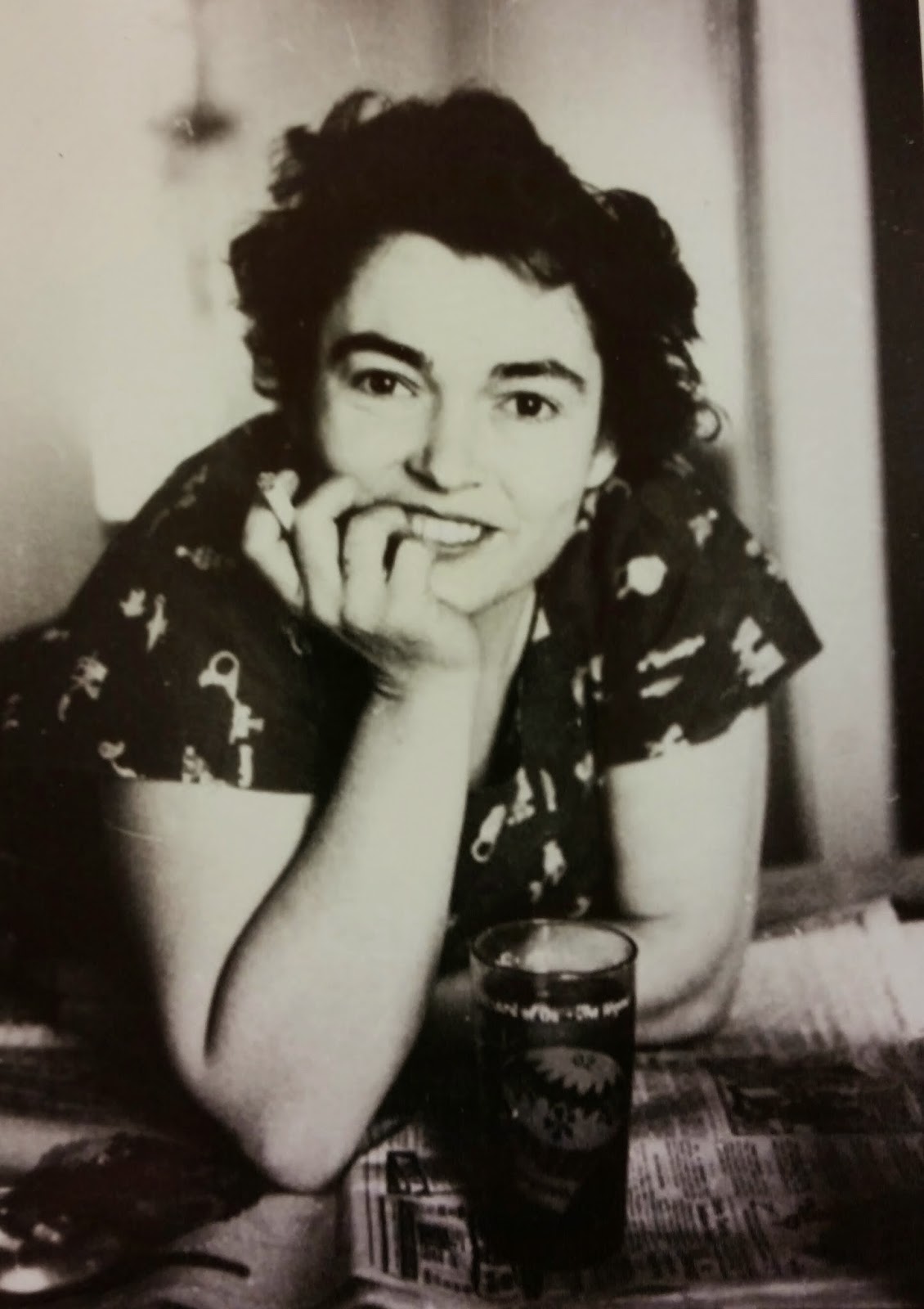 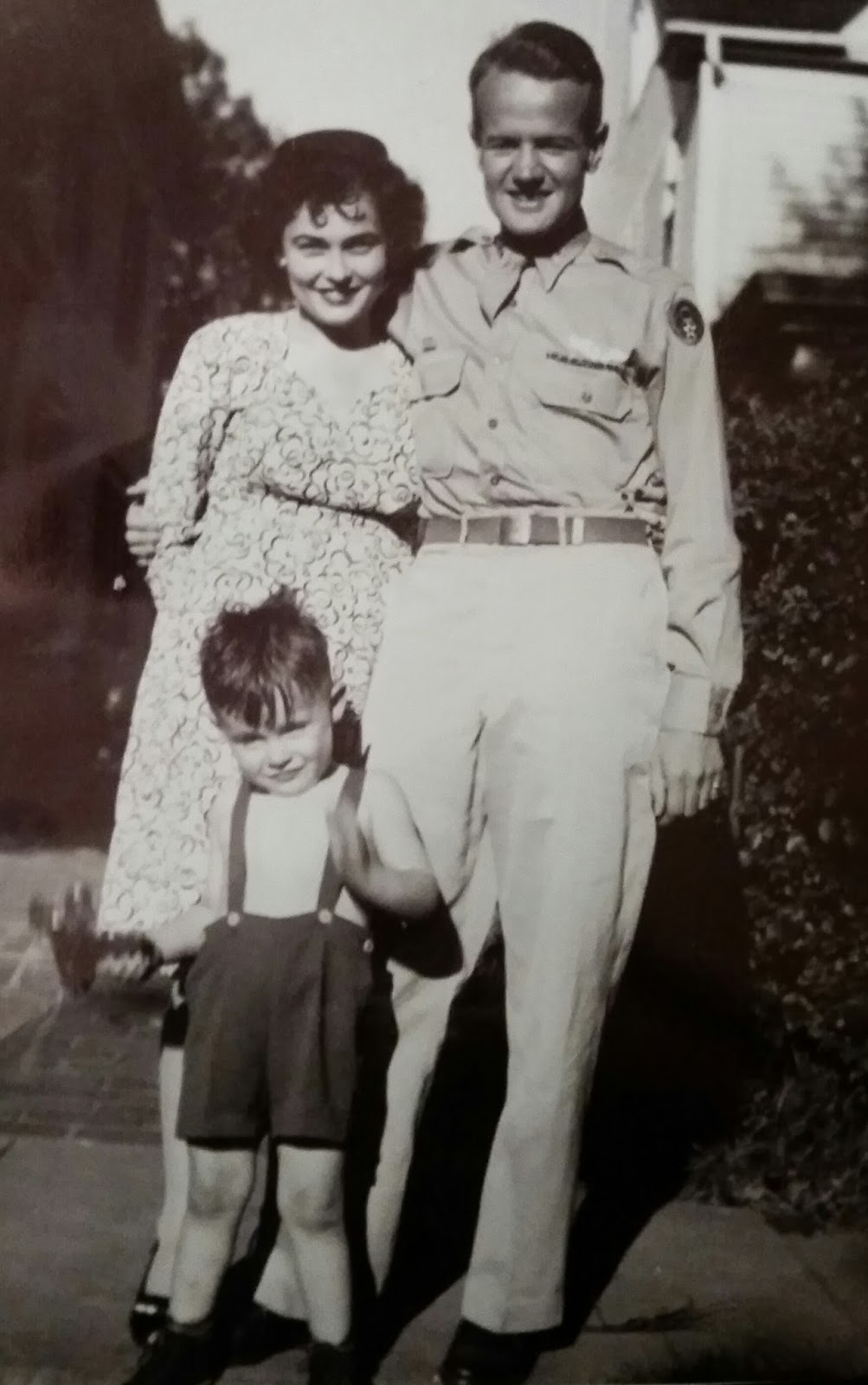 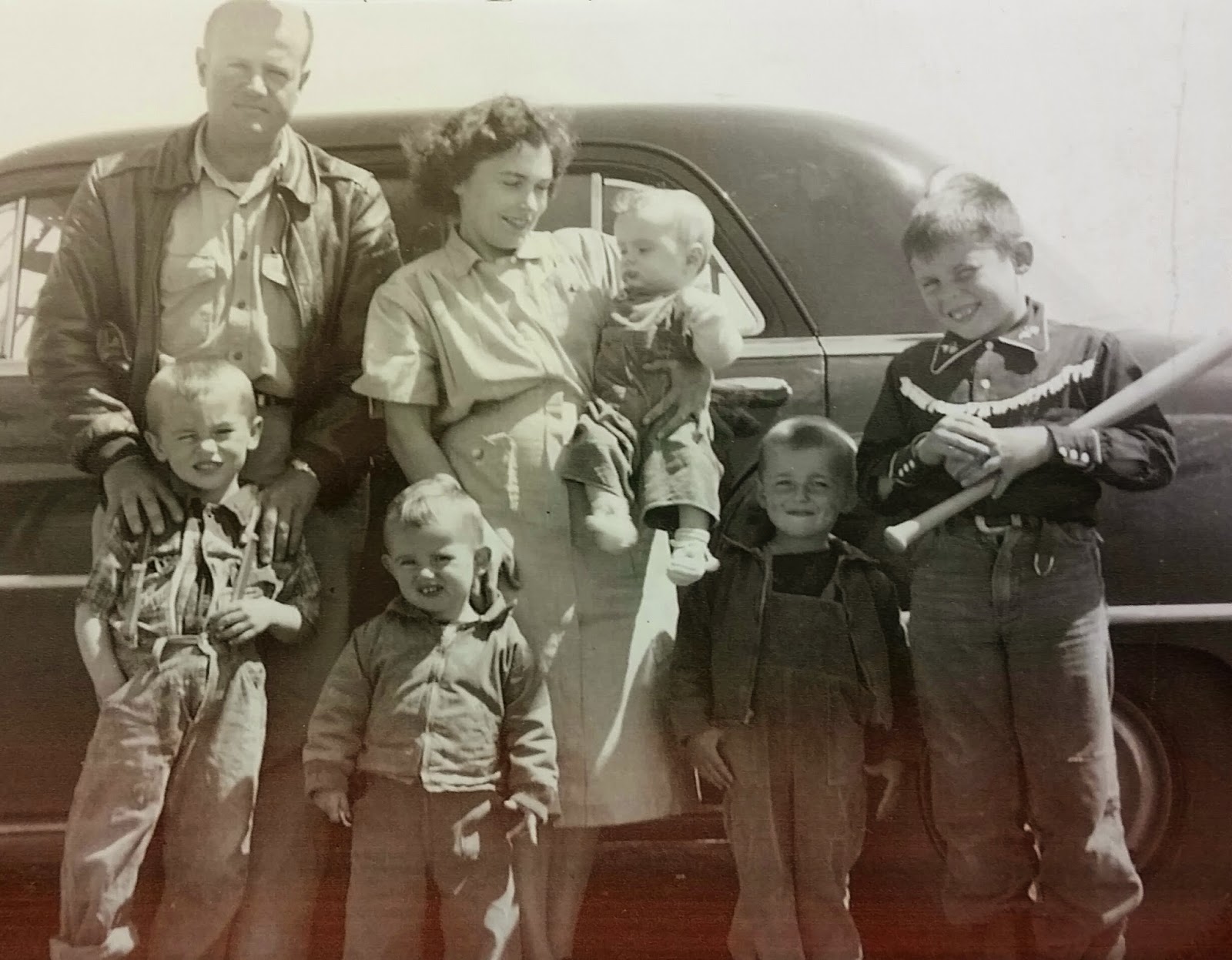