There is always an adventure with the Williams family and this Thanksgiving was no different. We drove down to Nebraska Wednesday morning…in a blizzard. This was what it looked like in Mankato: 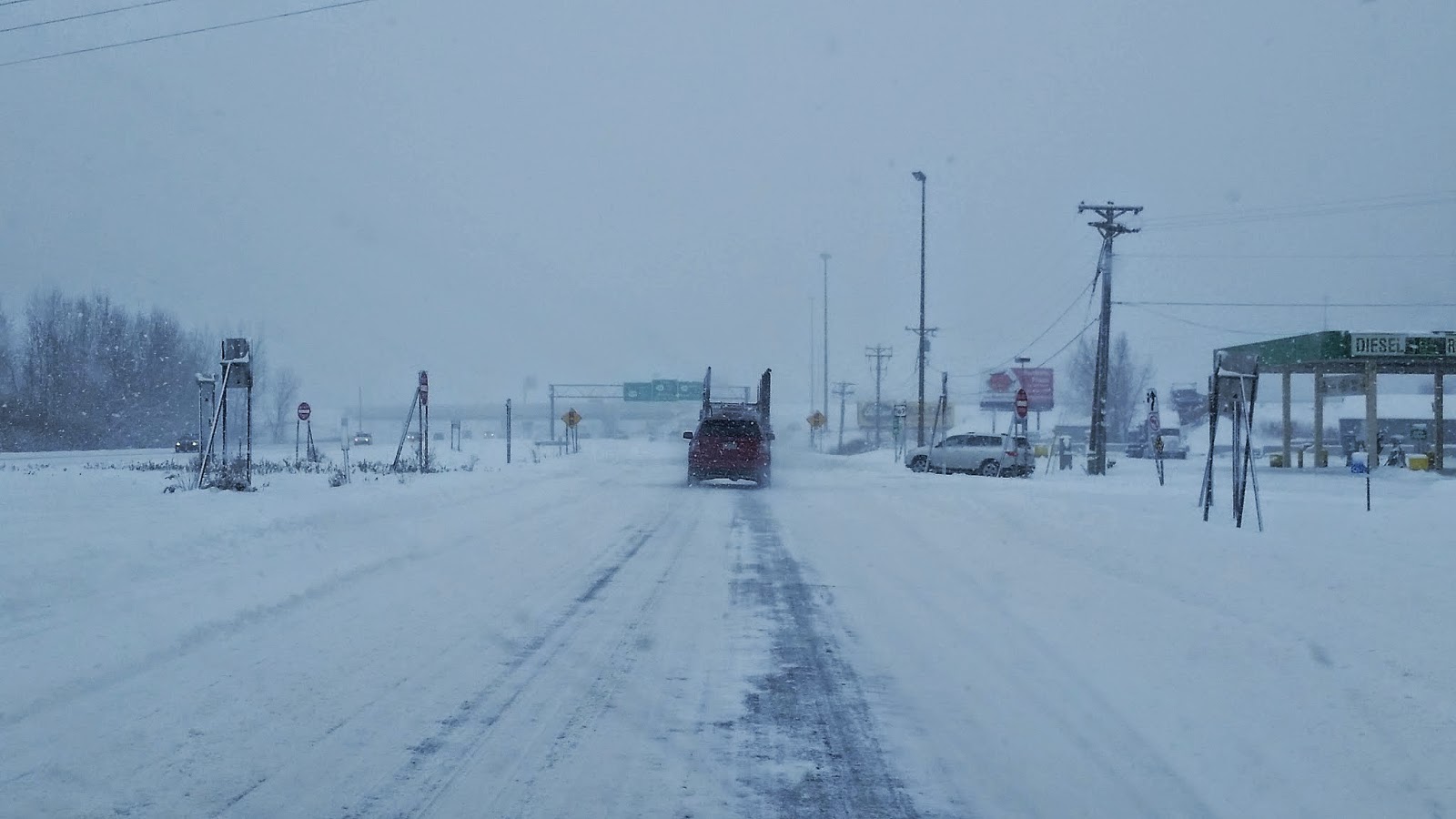 We slowly made our way through the snow, stopping at the rest area near St. James. It snowed and was windy all the way to Worthington. Not cool!

Along the way, we got word that Bonnie was heading to KC because Hiram was sick. Um…who is going to cook the turkey? Well we got to Nebraska around 4pm and dropped our stuff off at Bonnie’s house and headed to Chris and Leilani’s house…with a stop at Starbucks first (of course!) We spent most of the night over there. We found out that Hiram was actually in the hospital with IV fluids. Wow! He got a flat tire on the way to the hospital so his boss picked him up and took him in. So Bonnie had to get the car towed and spring him from the hospital. Leilani and Banyan were going to her parents for Thanksgiving so that means our Thanksgiving would be just Eric and I, the Morales kids and Chris. Also Wednesday night...Michael got in a car accident...somebody rear ended the Blazer!! Like I said always an adventure!

Turkey Trot 5K
We did the Joslyn Castle Turkey Trot 5K at 9am. It was a lot more people this year. Chris joined us this year! You can read about the race in race report post. After the race (which I did awesome!) we headed to Starbucks for our reward! We couldn’t hang around though because we had a turkey to cook!

Cooking a Turkey
So Juliette and I had to figure out how to cook the turkey. I’ve cooked one once but there other smart people there who knew what to do. This time neither of us knew what we were doing. I made a call to my mommy when I could find the gizzards bag (it was in the neck?) and realized it was still a little frozen.  Mom talked me through it and eventually we got the turkey in the oven.  I didn’t know that when you use an roasting bag that the turkey will actually cook faster…now I know! So after 3 hours the timer thing popped. I thought I popped too early since the turkey bag said 4-5 hours. So I kept it cooking. I didn’t realize until Chris came over and said something about the roasting bag instructions. Doh! It wasn’t too bad though. Juliette and I also whipped together the side dishes and by 4pm we were eating dinner!  Delicious!

Shopping
We cleaned up and headed out shopping. Yes I’m one of those evil people that went out at 7pm to go shopping. It was surprisingly slow. Target and Kohl’s had checkout lines but nothing like I remember from years past. I got some stuff, stopped at Starbucks and was home by 9pm. It was great.

Black Friday
Juliette, Michael and I headed out to the Outlet malls but we couldn’t find a parking spot we just came back. We had lunch and Juliette and I went for a run. It was beautiful outside…great temperature for a run…but not after eating fried chicken. LOL! I did 5 miles and most of it was in the neighborhood. We had lasagna at Chris and Leilani’s house for dinner and went out shopping again…and Starbucks. Bonnie and Hiram came home around 9pm.

Saturday
I went for a run in the morning. I had to get 4 more miles in before the end of the month to get to 50. Michael, Eric and I went to Starbucks afterwards (the usually). After Bonnie and Juliette got back from boxing we went shopping again with Maddie…we did a lot of shopping. Papillion had their annual Christmas lighting party so Bonnie, Eric, Chris, Adam, Juliette, Morgan, Banyan and I went to that. We got our carriage ride in, walked through an old farmhouse. 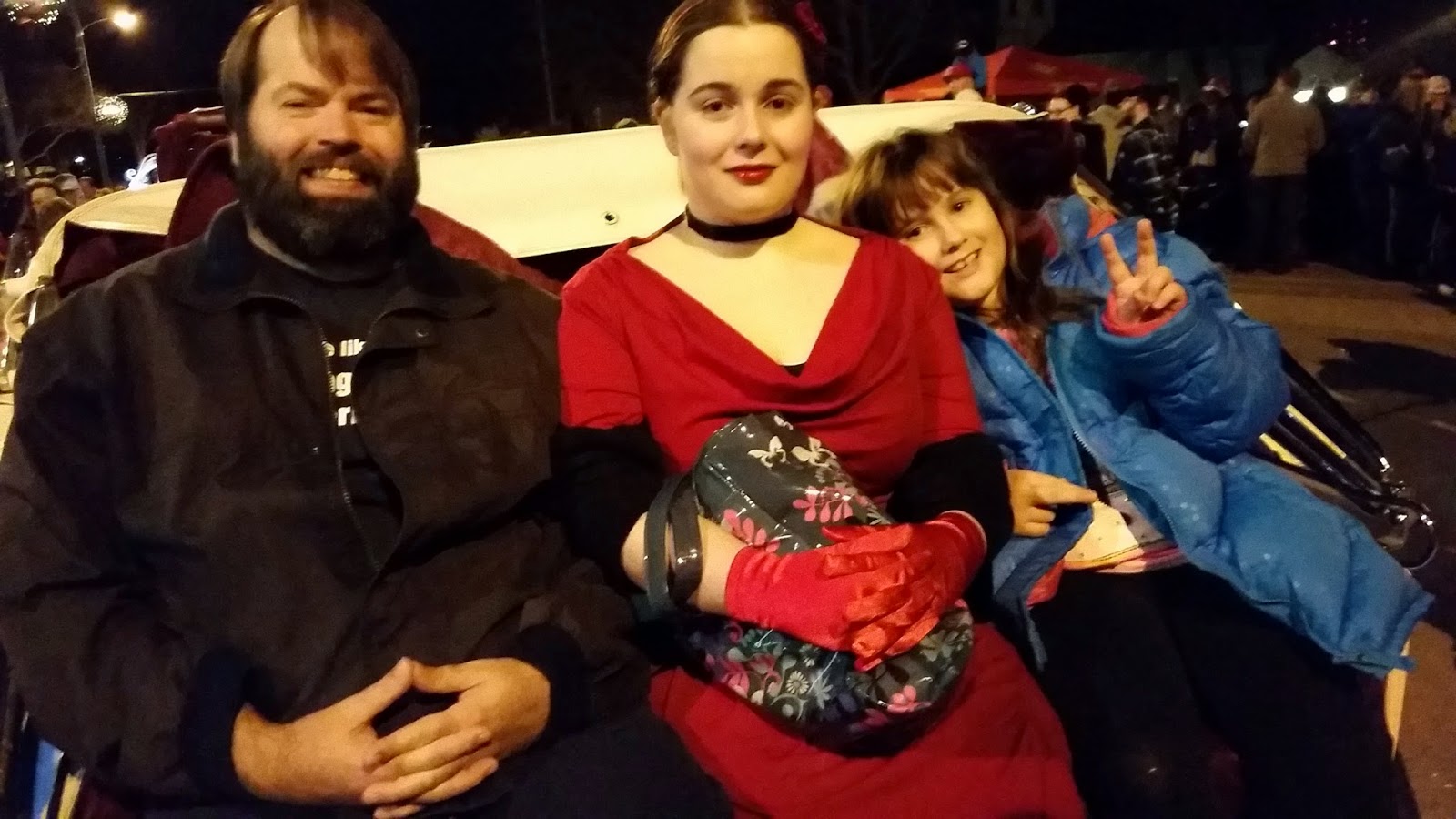 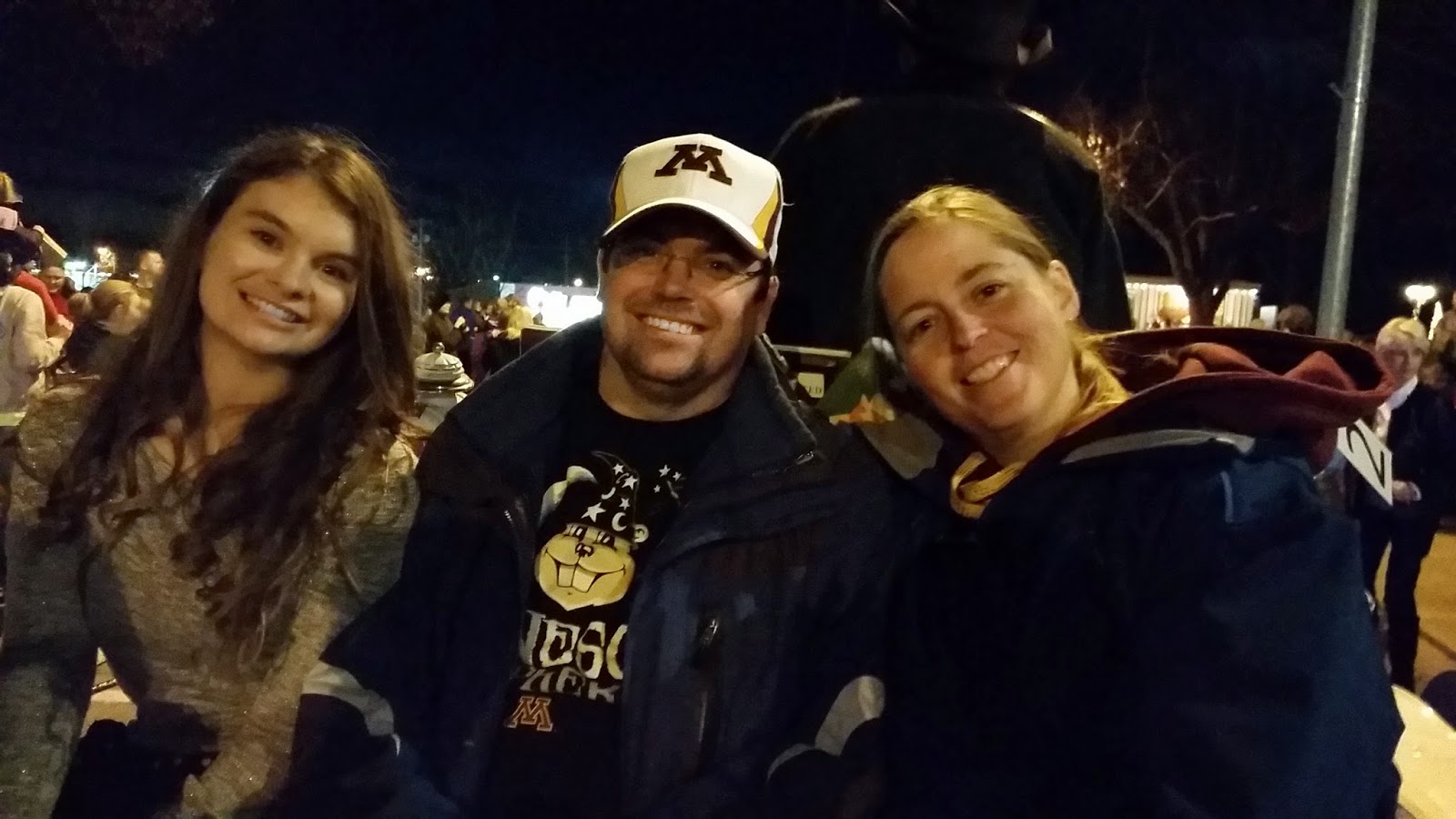 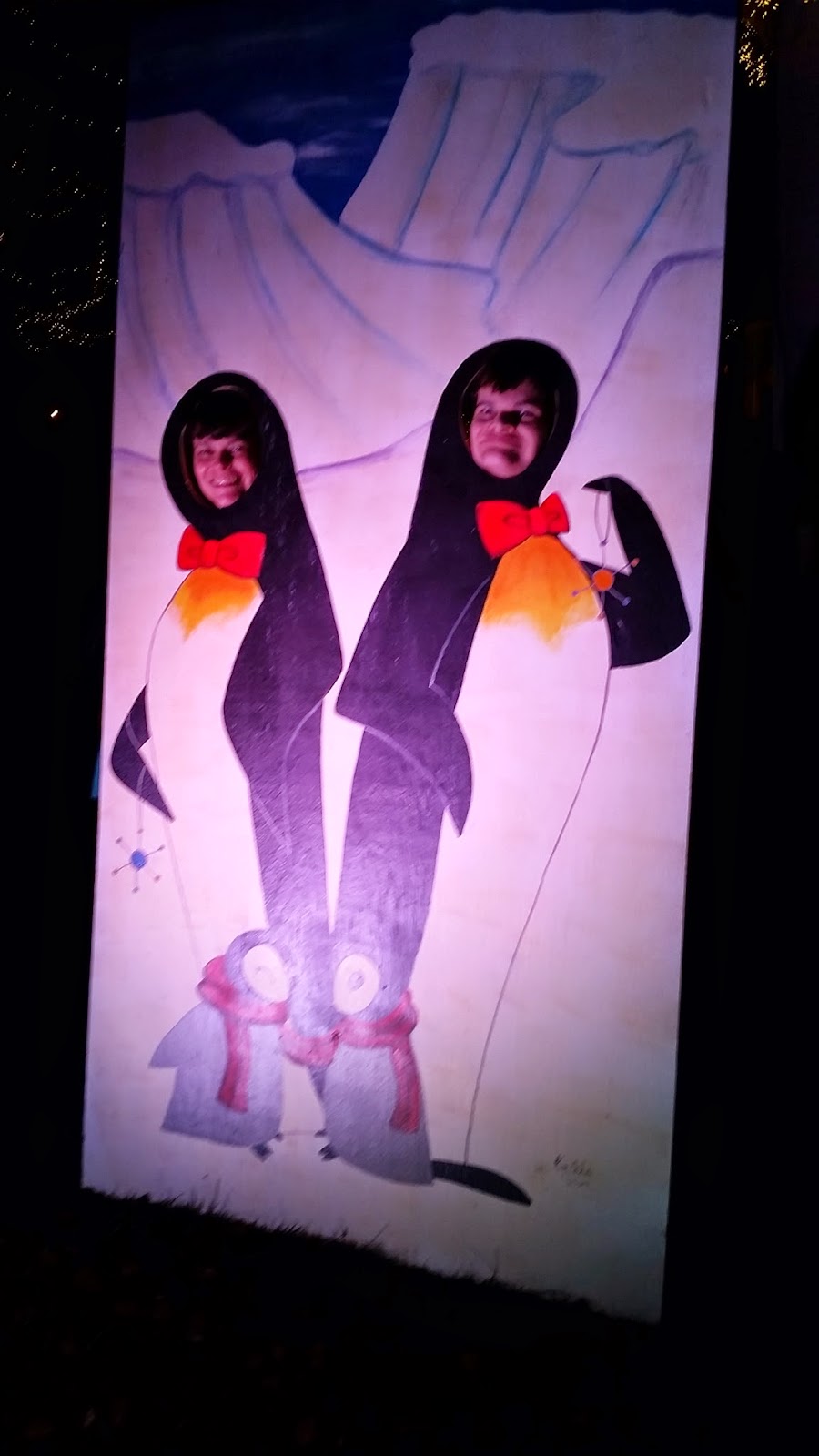 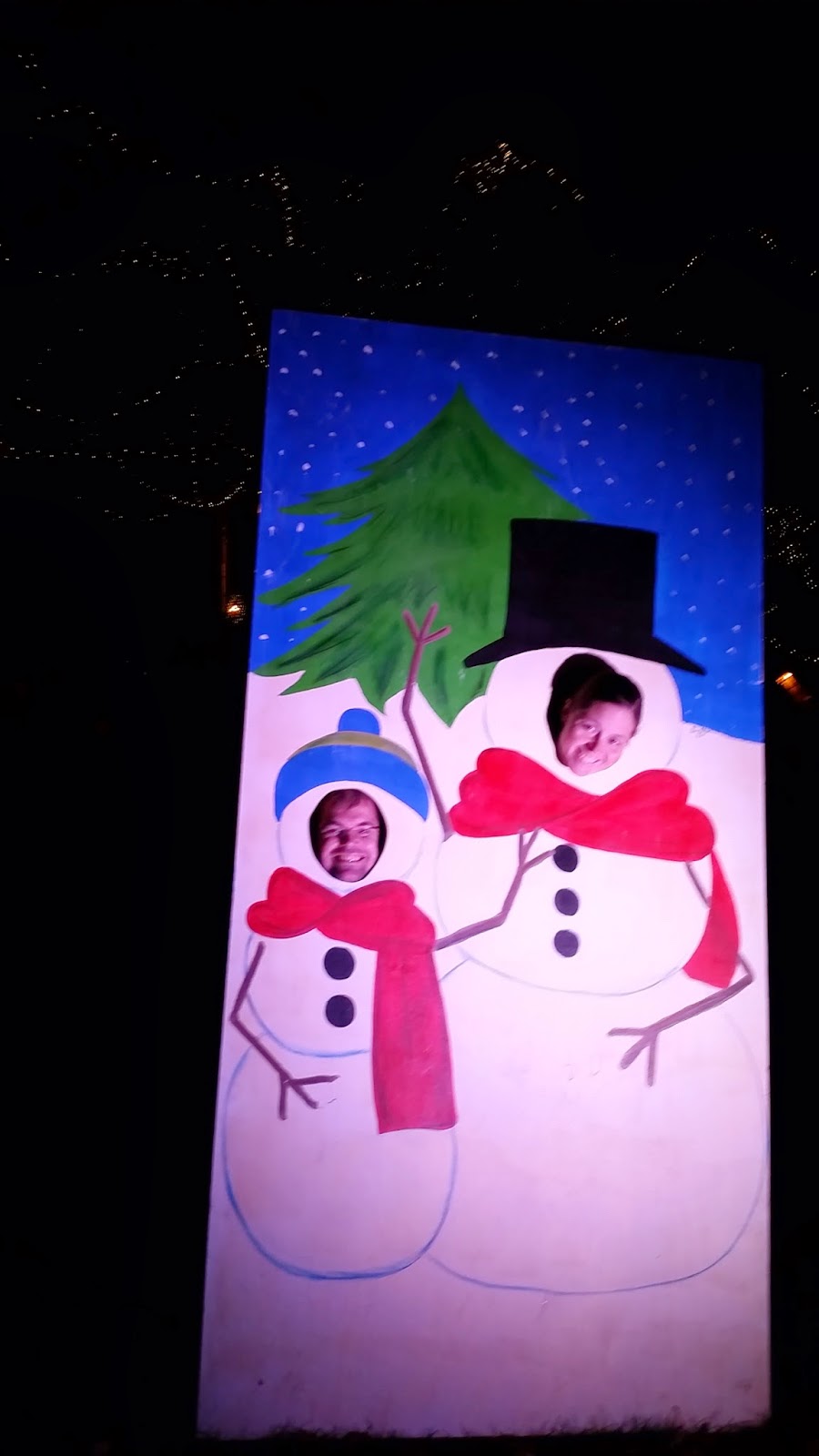 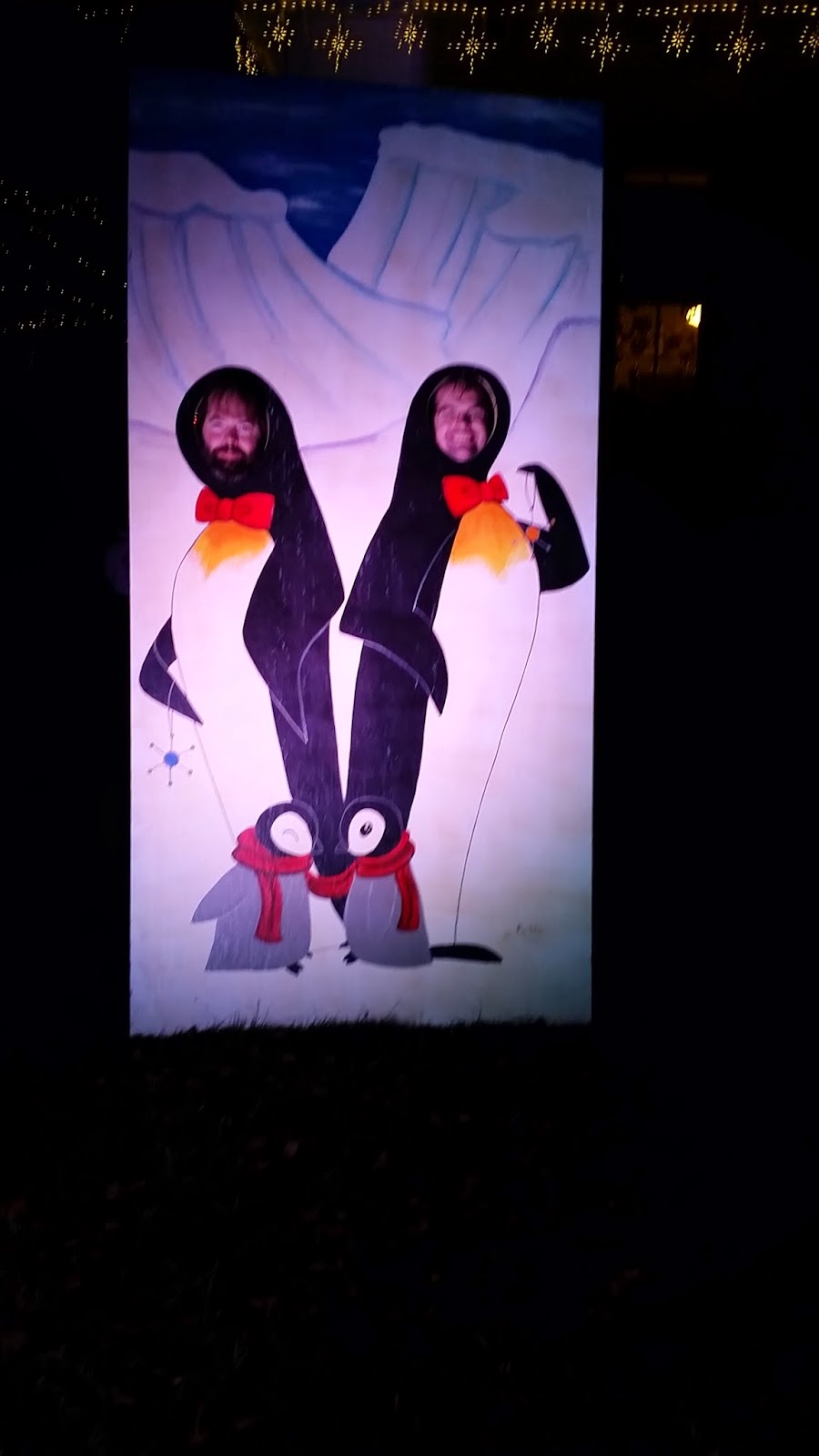 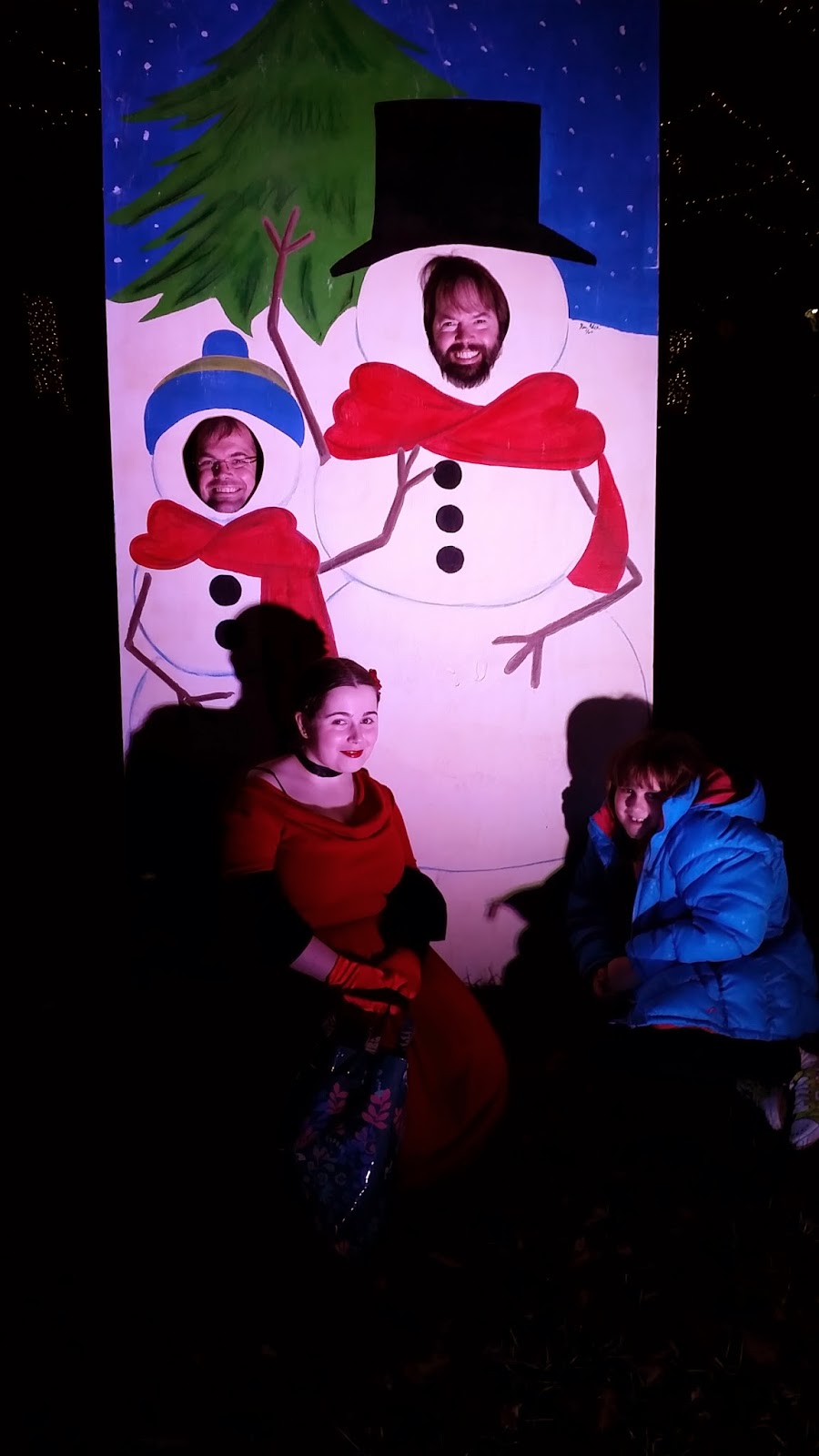 After that Bonnie, Juliette, Adam and I went to the Midtown area to see the window displays and lights. It was very pretty.

The Long Road Home
Sunday we went to 9am Mass and made our last trip to Starbucks for the weekend. We packed up our stuff and started on the road by noon. It was a long road back to Minnesota but it was nice to get home.