In addition to the Reindeer Run, we also went to the Vikings/Jets game with Byron and Paula. I wasn’t looking forward to the game because sitting on bleachers in 30 degrees, a mist and wind just doesn’t sound fun to me. I like the Vikings but that is really pushing it for me, I’m not that diehard of a fan! I’ll run in cold but that is because I will heat up and feel fine. You don’t really move much at a football game. So you are just plain cold! But I put on the layers and went to the game. It wasn’t too bad at the beginning. Thank God I lost all that weigh because my old jersey fit over my winter coat! I thought I had an appropriate amount of clothing on (three layers on top, two on bottom) but by the third quarter I was freezing, mostly my feet in my "winter" boats. 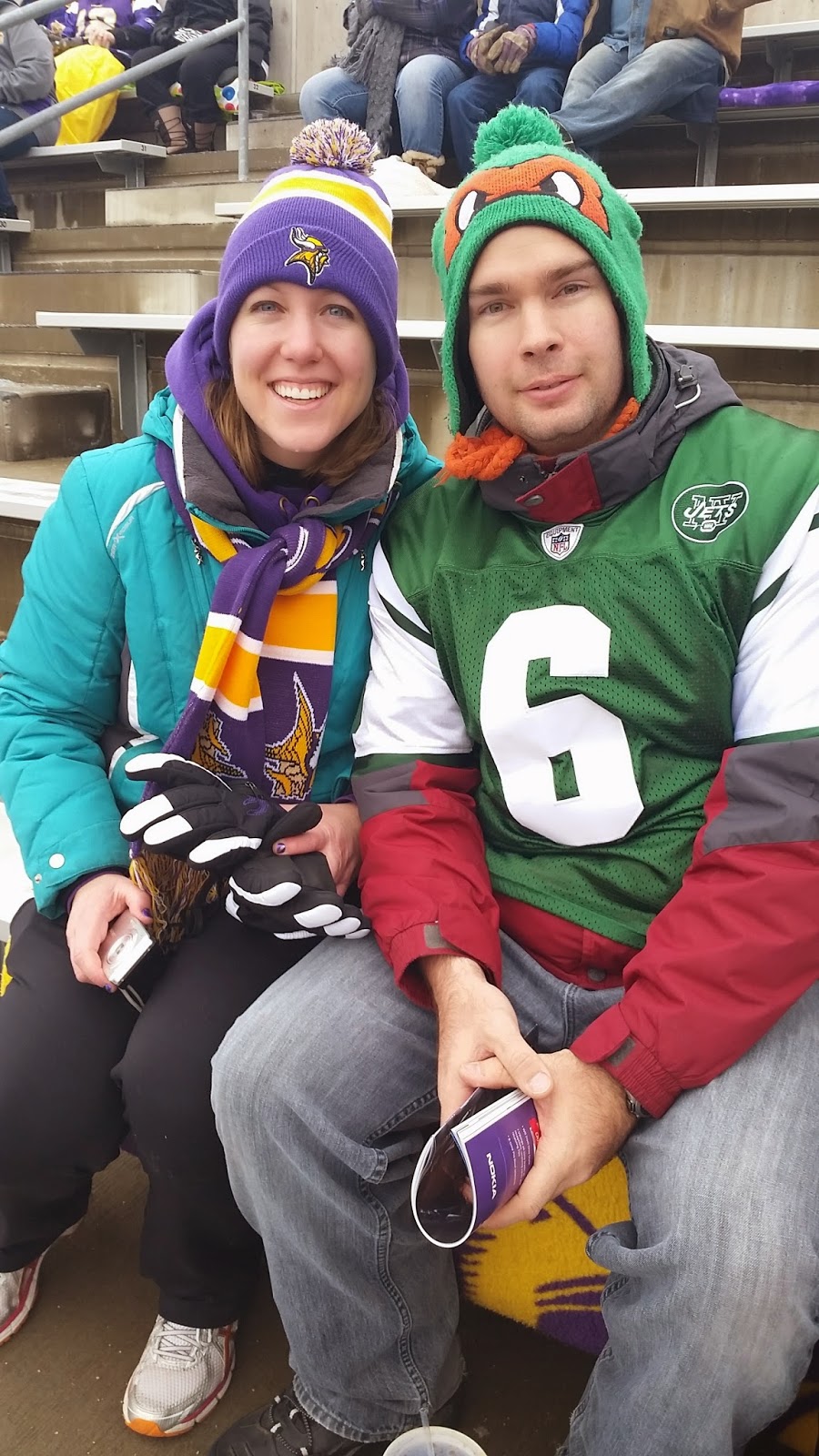 The Kick Off
The game was interesting. The second play of the game the Vikings intercepted the ball and ran it in for a touchdown with only 12 seconds off the clock. Poor Byron, the Jets fan, I thought he was in for a rough day. After that I thought this game could be fun. Then the Jets got a safety and then a touchdown and the Vikings were losing. And then the Vikings were winning and so on and so forth. Sometime in the second quarter, I realized we were sitting in the wrong section but oh well, nobody kicked us out!

The Mascots
The half-time show was a peewee football team vs local mascots (Viktor the Viking, TC Bear, Goldy, Crunch (Twolves), Nordy (Wild) were some of the mascots. It was pretty cute. The mascots roughed up and taunted the players and harassed the “refs.” It was really hilarious. Here are some pictures: 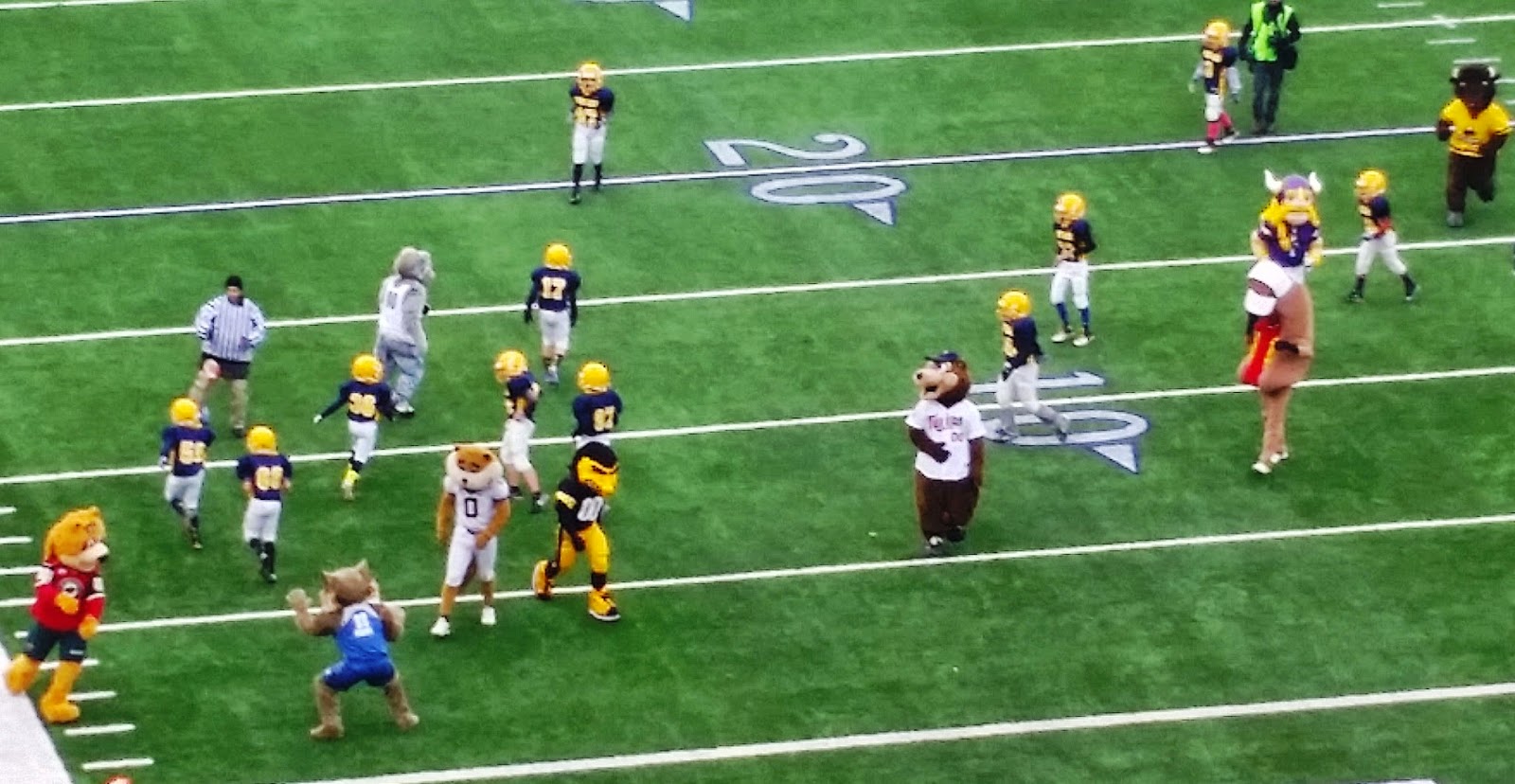 The Second Half
The Vikings were leading 24-21 on the last drive of the game. I’m a horrible fan because I was so cold, I was hoping the Jets would score a touchdown so I could go home and warm up. Well they kicked a field goal and OT it was.

The OT!
I really wanted to cry but I persevered. The Jets had the ball and again I was hoping they would score a touchdown so we could go home. But thankfully I only had to endure 5 minutes of OT as the Vikings’ QB Teddy Bridgewater made an audible at the line and we scored on an 87-yard reception. I was so excited…mostly to be going home!

The Ice Pellets
As we walked out of the stadium, the ice pellets started to fall. Thank GOD those didn’t come during the game because I really would have cried…frozen tears. We got home, wished Byron and Paula a safe trip home and we rushed off to my concert.