Well we did another below zero 5K. Eric is calling this the “Below Zero Series.”  It is February, the average temperature is supposed to be 25 degrees. It is ridiculous how cold it was yesterday. But we pressed on and did the 5K. But really we didn’t do a complete 5K. The course was only 2.9 miles…I’m a little bummed by that because I was on pace to beat my last time by over 2 minutes but it wasn’t really a true 5K so I can’t say that my best 5K time is 36:50. But since it was so close and I really could have run that extra ¼ of a mile with no problem, I will now say that my best 5K time is just under 40 minutes. That makes me happy. The course was very nice. It was in Sibley Park mostly and along the paths around there. There were a few hills but nothing that isn’t manageable. I ran almost the entire thing. The only part I walked was the nasty hill near the finish. I had run all the other hills but that one was a doozy. I could have run up it but I wanted to save myself for a strong finish. There were only 25 runners…seriously!  As far as clothing goes, I think I have this winter running down. I felt cold in the beginning but after the first mile I felt great, not too warm, and definitely not cold. I got smart and wore 2 pairs of gloves. A mistake I made at Polar Dash that I will never forget.  My feet were also warmer.  I wore different shoes (which I think are warmer) and better socks. Overall it was a great run and I’m very proud of my finish. Here are some pictures and my splits: 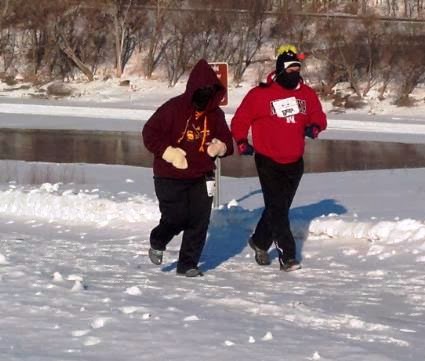 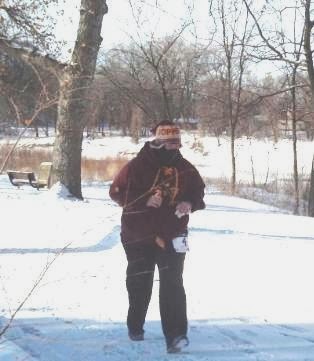 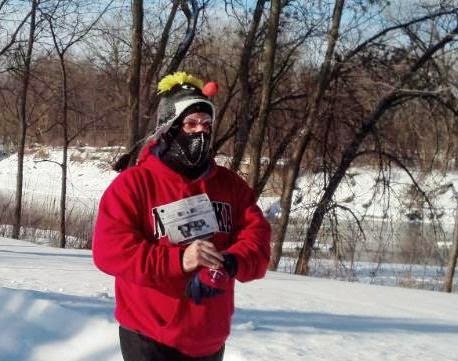 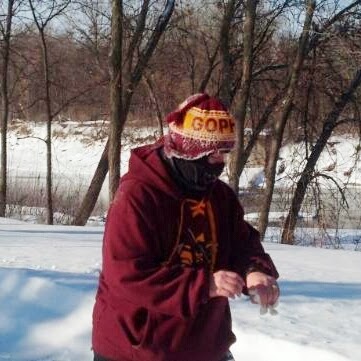 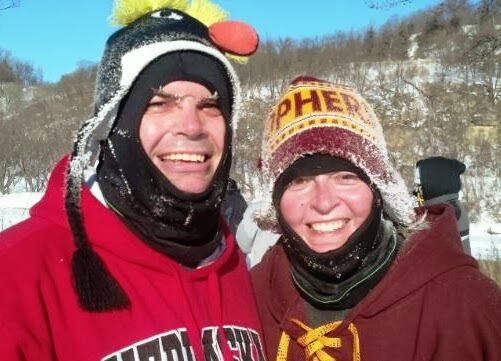 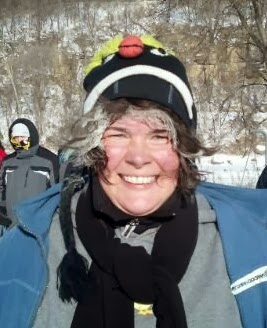 So the rest of the weekend was quite busy. Friday night I ran 3 miles inside and watch some Winter Olympics and did some reading for work. Saturday morning I worked on some stuff for work and watch Winter Olympics (I see a theme here). After Eric woke up we ventured around. He got a haircut, I did some shopping, and we ate at the new Chick-fil-A in Richfield and picked up DJ’s race packet at Sports Authority. The Chick-fil-A was crazy busy and it was 1:30 in the afternoon!  It was delicious as always. Thankfully it is far enough away that it won’t become a habit. I don’t need that with my weight loss goals!  Speaking of that I was down under 220 again on Saturday, but with Chick-fil-A and what we had for dinner and back over 220 again. I think my body will be toying with me the next week or so with this 219/220 weight.

After all that we drove down to Mankato and spent the weekend with DJ, Danielle and Bradley. DJ has been volunteering at this McGowan Farm and so she was able to get the cabin for the weekend. It was a very nice cabin but no indoor plumbing. (in below zero temps!) We set up our sleeping stuff and tried snow shoeing…not a big fan. I would rather strap on some nice boots and go walking I don’t really see the point of them. But anyways, I burned some calories. We went into town for dinner at Olive Garden. It was good as always but the service was a bit slow. After dinner we went back out to cabin and, silly us, we forgot to put another log on the fire before we left so it was a bit nippy in there. We got the fire going again and played some games. We turned in around 11am…making that 7am walk up call that much harder.

If only we could have slept…
So the cabin gets really warm with the wood burning stove. But when the flames start going out it gets cold really fast so it seems that somebody was up every 2 hours putting another log in. Little did we know that up in the loft, Danielle and Bradley were roasting and actually opened up a window! The other problem we faced was our air mattress…the really expensive one I bought a couple years ago for camping, must have a leak. At 2am when Eric woke up to take a very cold pee outside, I woke up too (I hadn’t slept much up to this point anyways). When he got off the mattress, my butt was on the ground! When he came back in, he couldn’t get back on the mattress. He either rolled off or rolled on top of me. Well this started a giggle fit between both of us and we were trying to stay quiet but you can’t giggle silently. We ended up waking everybody up and finally decided that mattress was toast and dragged the sleeping bag and tiny blanket to the floor. So we both ended up sleeping on the floor with no sleeping mat. It wasn’t very comfortable but what were we going to do?  Eric got the bad end of the deal. We lent one of our sleeping bags to Danielle and Bradley so Eric only had a small blanket to sleep on. We eventually got up around 6:45 to start our day…a freezing 5K with little sleep and a cold/hot night. But we survived as I mentioned above.

If that wasn’t all, after all that, I had a concert last night.  We played at Edinbourogh Park in Edina. It is a nice venue.  It was so bitterly cold and our concert dresses are very thin so it was a difficult walk into the building.  It was really the first time all day that I was so cold I wanted to cry.  Crazy to think that since I ran a 5K when it was colder in the morning but it all comes down to what I was wearing.  I think we sounded ok. It wasn’t my best performance.  The whole time the only thing I could think about was my warm bed.  I was also having issues focusing on the sheet music; I think that was just my exhaustion from the night before.  It was a good weekend but now I want to sleep.