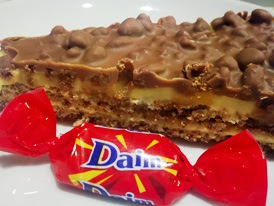 Happy May! This morning it was 35 degrees but with the 25 mph wind it felt like 22 degrees and there was snow flying. Isn't that awesome? Happy May 1st. This has been a very long winter and spring refuses to come, hopefully summer comes soon. April was very busy as I mentioned before but it was also very dismal. The Twins can't win and usually get blown out! Today they lost 10-3 to Kansas City. Can you believe that? They got swept by the Royals!!!! Maybe the can turn it around in May (I hope) but then again they are playing their AAA-Rochester team. Mauer is everywhere, but the playing field...$23 million for what?

Speaking of the Twins, that is how we spent our Easter Sunday. We went to an overly packed 730am Mass and then we went to the Game. It was great! We were with Bill and Alice, who are very cool. TC Bear had his bunny ears and the Twins actually won (which this year is a miracle.) Nothing like a BBQ Pork sandwich, a SchWWWWweigert hot dog and a fried "Minneapple" pie for Easter. Yum! Later on Eric complained he didn't get ham, I reminded him that BBQ pork does come from the same animal. LOL.

Tuesday was suppose to be another Twins game but Mother Nature wasn't having any of that. So they PPD the game until Thursday. I have to admit I was so happy because I had a concert Tuesday night and couldn't attend the game. Now I could. Awesome!

I got my hair highlighted and it turned me blonde, you want to see picture? click here.
This weekend was so nice, it is one of the last weekends with nothing to do, expect for Eric's running test today. It is nice to have nothing to do. Eric past his test!! After that we went to Ikea for some meatballs, knives and bed sheets. Of course we had to stop in the cafeteria for some Swedish meatballs and some Daim almond torte. Yum! It reminds me of Copenhagen, it has almost been a year since my Europe trip, boy was that fun. I'm down 12 lbs since Ash Wednesday and only 20 days until Graduation day!!!! Hopefully it will get warmer by the next time I write.

Posted by KimmerBee at 9:18 PM