Leading up to Mother’s Day, my mom kept asking if I would come down. I kept saying no, we were down the weekend before and we had a lot of busy weekends away from home coming up so I wanted to spend one weekend home to clean the house and relax. That was Wednesday.

Friday morning I woke up to a couple text messages. My Uncle Andy died overnight…mom got her wish! 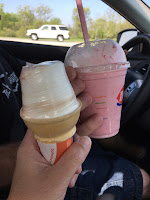 Andy’s funeral was set for Monday. Monday was Alice’s last day. After almost 46 years at Ameriprise, she was retiring. She has been training me for the last 4 months and we were always close before that as she is also my Twins season ticket partner. I couldn’t miss her last day.

So Saturday afternoon, after Eric’s 18 mile run (which I rode along on my bike as support), we packed up the car and headed to Wisconsin for the weekend. On the way there, we stopped at Dairy Queen in Wabasha to see Josh, Linda’s daughter’s boyfriend. And eventually made it to Arcadia. Mike had a grill out and a fire pit. It was a nice night, a bit cold though. 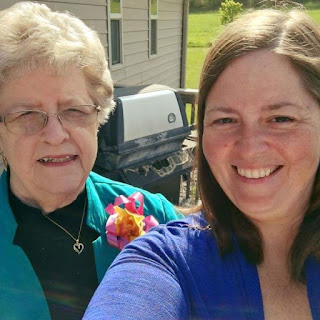 Sunday morning after we had a good breakfast and mom made us slave away making salads for the funeral, we went to 10am Mass in Arcadia. Mom was the only mother wearing a corsage. We are good kids! After Mass we went to Independence for “chicken by the bridge.” If you live in my hometown, you know what this means…but for those of you who don’t, simply put there is bit BBQ/fire pit by the bridge in Independence. For 100 years (ok, maybe not that long), it is the site of multi-annual BBQ Chicken. Now when I say BBQ chicken, I don’t mean BBQ sauce…a common misunderstanding between Eric and me in the beginning. It was good as always. There is just something about chicken cooked that way that makes it delicious!

Mike, Linda, Eric and I went for a longish walk around Memorial Park.
Eventually we went to the funeral home for Andy’s wake. It was nice to see my uncle, aunts and cousins again. Jack and Jackie came down and it was the first time I’ve seen Jack since his stroke. He was doing pretty well. Joi, Matt and Greta came up from the Madison area too. So it was good catching up. I also got to see a lot of locals that I haven’t seen in a while. Instead of flowers, we bought an edible arrangement for the family room.
We left around 6pm since we had to work the next day. Overall it was a good Mother’s Day Weekend