This was my first really 5K test this month. Yes I have done 3 other 5Ks but one was immediately following an awesome 10K, one was at night in unfamiliar ground so I walked with DJ and I always walk the Mankato 5K with Mike. So this was my only 5K “race.”

Wearing Glasses
This race was a bit of a frustrating for one reason only, I had to wear my glasses. I have multiple abrasions on my cornea which made the doctor say NO CONTACTS. Well I never run in glasses. They get fogged up, they slip up and down my nose and the bouncing makes me dizzy. But I had to wear them.

The Start
This race is much smaller than the Monster Dash. There were only 300 or so runners. It was nice for a change to be in a smaller race. MCM 10K last week was huge and there were so many people to weave around. Not really a problem here. The weather started out rainy and chilly. I wore a rain jacket for the first mile. I dumped that with Eric and he took off on me. I was ok with it. It was only a 5K. My first mile was 11:35. Not my fastest but pretty good considering I’m wearing glasses.

The Middle
Mile 2 was slow but I didn’t stop running. There was a gigantic water puddle on the road that they diverted us on the running path. It worked ok with this race but I couldn’t imagine them doing that in a bigger race. My glasses started to fog up during this time. I had to stop twice to wipe them because I couldn’t see. Mile two was just over 12 minutes at 12:01.

The Finish
No big fanfare with the finish. There was a water stop at 2.6. I didn’t pay attention to where we were at and took some. If I’d knew that we were that close to the finish I would have just ran past. Oops. Anyways, I was hoping for a sub-36 race but unfortunately came in at 36:09. Not bad for having to wear glasses. 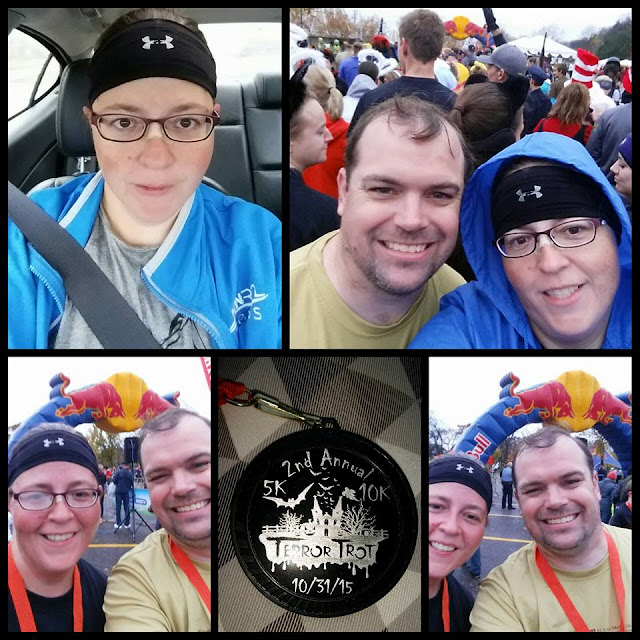 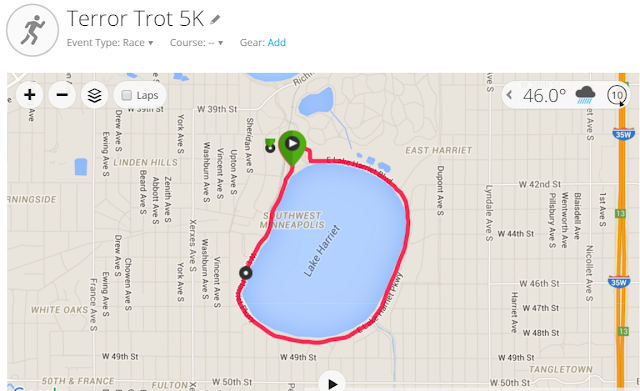 Posted by KimmerBee at 4:42 PM