This weekend we traveled to Nebraska for Juliette’s graduation. She is the first of three this year.  We left Friday morning (after a nice 5 mile run).  Picked up DJ in Mankato and headed for The Rose Theater in Omaha for the play Charlotte’s Web. Morgan was one of the lambs. It was a good play and was only an hour so that was great! We stopped at Chick-fil-a for DJ to try and finally got to Bonnie’s house. First stop was of course Starbucks!

The Party
DJ, Chris and I went for a woggle. That is we walked/jogged a 5K. It was so nice outside and it was a nice change of pace. After a quick shower we had lunch and Chris and Leilani’s house and then off to the Graduation party at Juliette’s friend’s house. There was good food and an inflatable slide. It was supposed to be a bouncy house but the company was running late and each time the upgraded Bonnie and finally we got the slide. It was fun to climb up and slide down but it was bit under inflated so it was quite challenging! 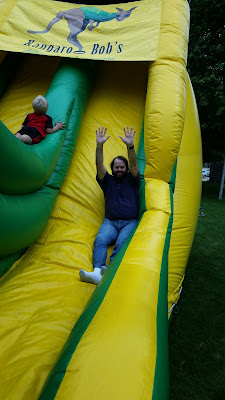 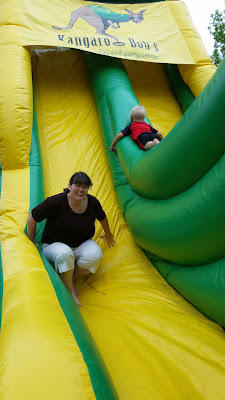 DJ, Chris, Leilani and I played some badminton too. After the party, we had dinner at Chris and Leilani’s house…lasagna! There was also a stop at Starbucks too.

The Ceremony
Sunday morning we woke up early and went to 9am Mass. After Mass we went to Starbucks for breakfast and got ready for the ceremony. Bonnie and I went early to drop off Juliette and reserve seats. The rest of the family came just before the start and we got some snacks for the long ceremony. There were over 400 kids so it was bit long. I got some nice pictures.  Afterwards it was the mass chaos outside the arena. That was compounded by the pouring rain. This was the first graduation with rain!

Juliette and I went to Starbucks to celebrate her accomplishments and eventually made our way back to Bonnie’s house. We had burritos and cake for dinner. It was delicious. After everybody left, we ventured out to Noodles and Co. for a late night snack.

The Drive Home
Nothing spectacular happened on the drive home. We left around 10am, after a Starbucks run. We spent some time in Mankato with DJ and the kids shopping and having dinner. We eventually got home around 6:30pm. It was a long and exhausting weekend but we had fun. 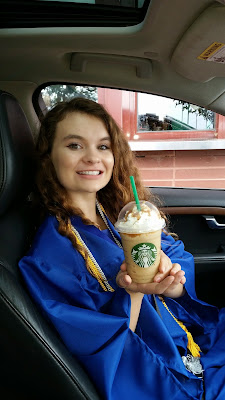 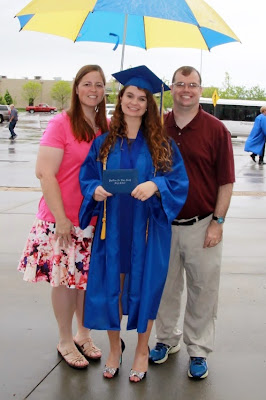 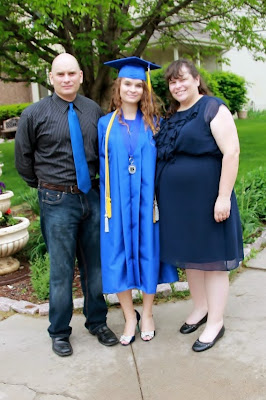 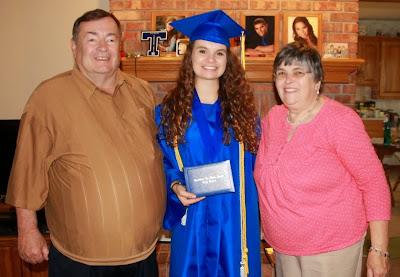 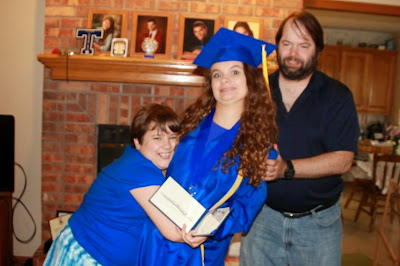 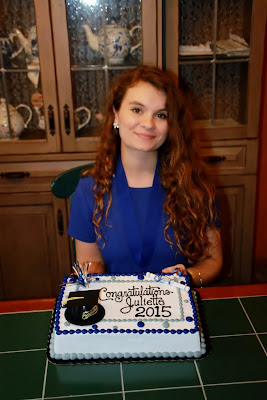