The Start
It was a chilly morning…I know it is nothing compared to December-February but still it was around 40 degrees but a nasty wind made it cold. The race was in St. Paul again. I’ve had enough St. Paul races to last me a while. I’ve done three in a month. The start was downhill to Shepard road. I’m really getting used to running on Shepard Rd. I’ve done many races on Shepard road including last week’s Monster Dash. We ran down a ways, there were cars coming at us…say what?  Apparently they only closed the one side and we ran down both sides. The volunteers eventually got us all on the one side. But that just caused crowding and points were I just had to walk because I couldn’t get around the walkers. There were a lot of walkers! My first mile wasn’t bad, 11:15.

The Middle
So that hill I  had so much fun running down last weekend for Monster Dash…well I had to run up it this weekend. Ugh. I hate hills. I guess it is preparing me for the Omaha Race in a few weeks. I started to get momentum up the hill when we had our water stop and first chocolate stop. Really? I think this would have been better near the top of the hill but whatever. It was very crowded as people were taking pockets full of mint chocolate (yum!) and water so it was another bottleneck.  I learned from last week not to eat the chocolate while running. I don’t want to have a repeat of that horrible feeling. See I’m still learning. Mile 2 was very slow because of that, the pace was around 11:32. Not great but it was mostly up hill and had that water stop. Once we got to the top of the hill we hit the Wabasha Bridge across the Mississippi River. This was new for me. I’ve never crossed the Mississippi in St. Paul.  The bridge was downhill the whole way which was awesome

The Finish
At the bottom of the bridge we looped around on to Harriet Island. At the entrance was the Caramel Chocolate stop…I love caramel! I grabbed a bunch but kept going. I really struggled on the island. I’m not sure what my problem was. I was tired and my pace was bad. I had my front pouch full of chocolate, maybe that was weighing me down?  I was overheating because I dressed wrong. I know a lot of excuses but I was just not feeling it today. I walked a little but kept moving forward. I was very happy to see the finish. I didn’t even stop for the last chocolate stop, dark chocolate, I just wanted to finish and get it over with. The race was short, not quite a 5K so my time of 33:33 wasn’t really a PR but I’ll take it. (UPDATED: I mapped the route on Map My Run and it came out as 3.08 miles. So my watch must have lost connection under the bridge)

The Chocolate
There is such thing as too much chocolate. After we finished we headed inside the pavilion for our share of the chocolate fountain. It was so delicious. I dipped my bananas, Oreos, Nila wafers, animal crackers, pretzels….everything in it. I wasn’t feeling so hot on the walk back to the car…I really ate too much. 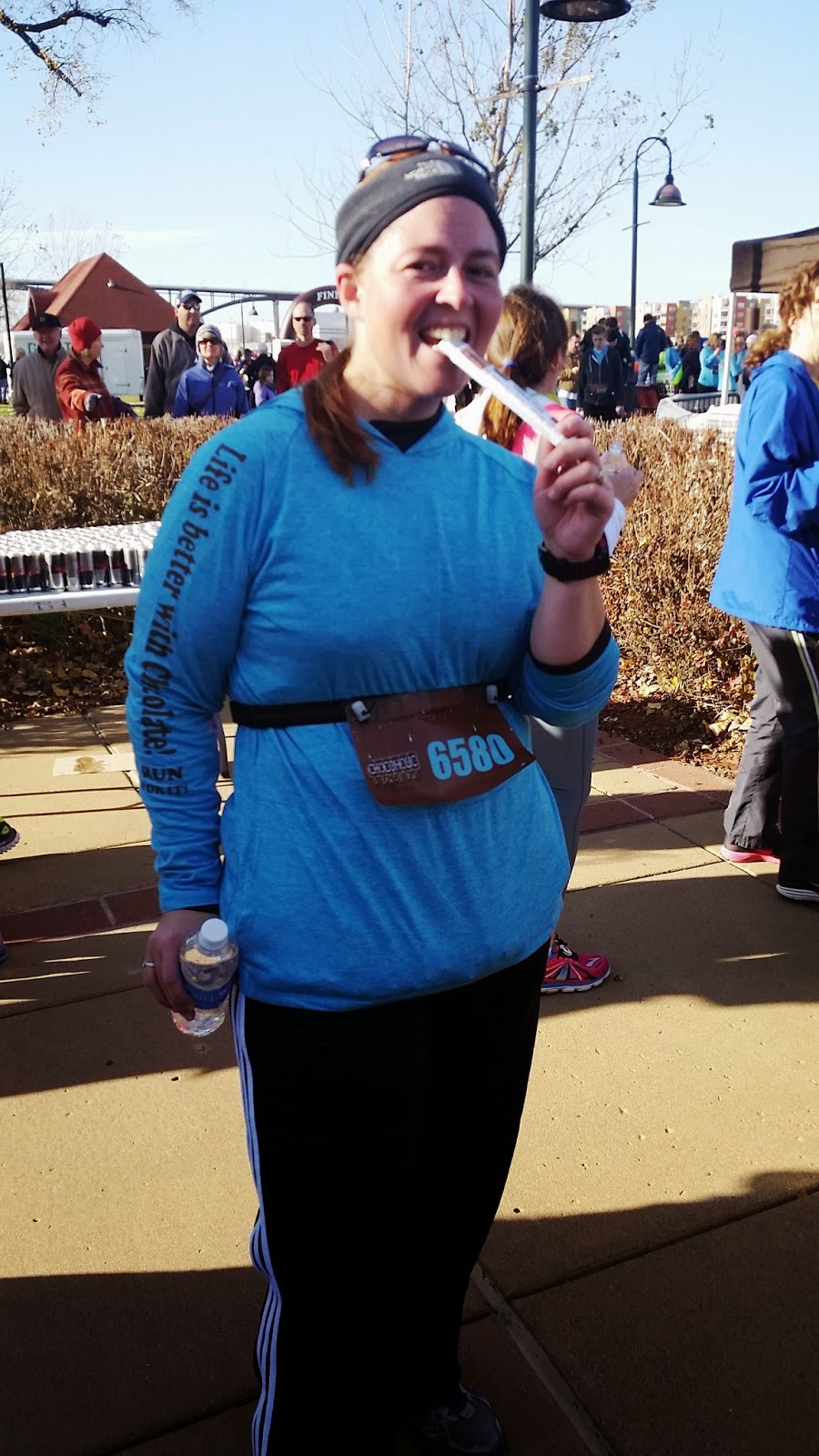 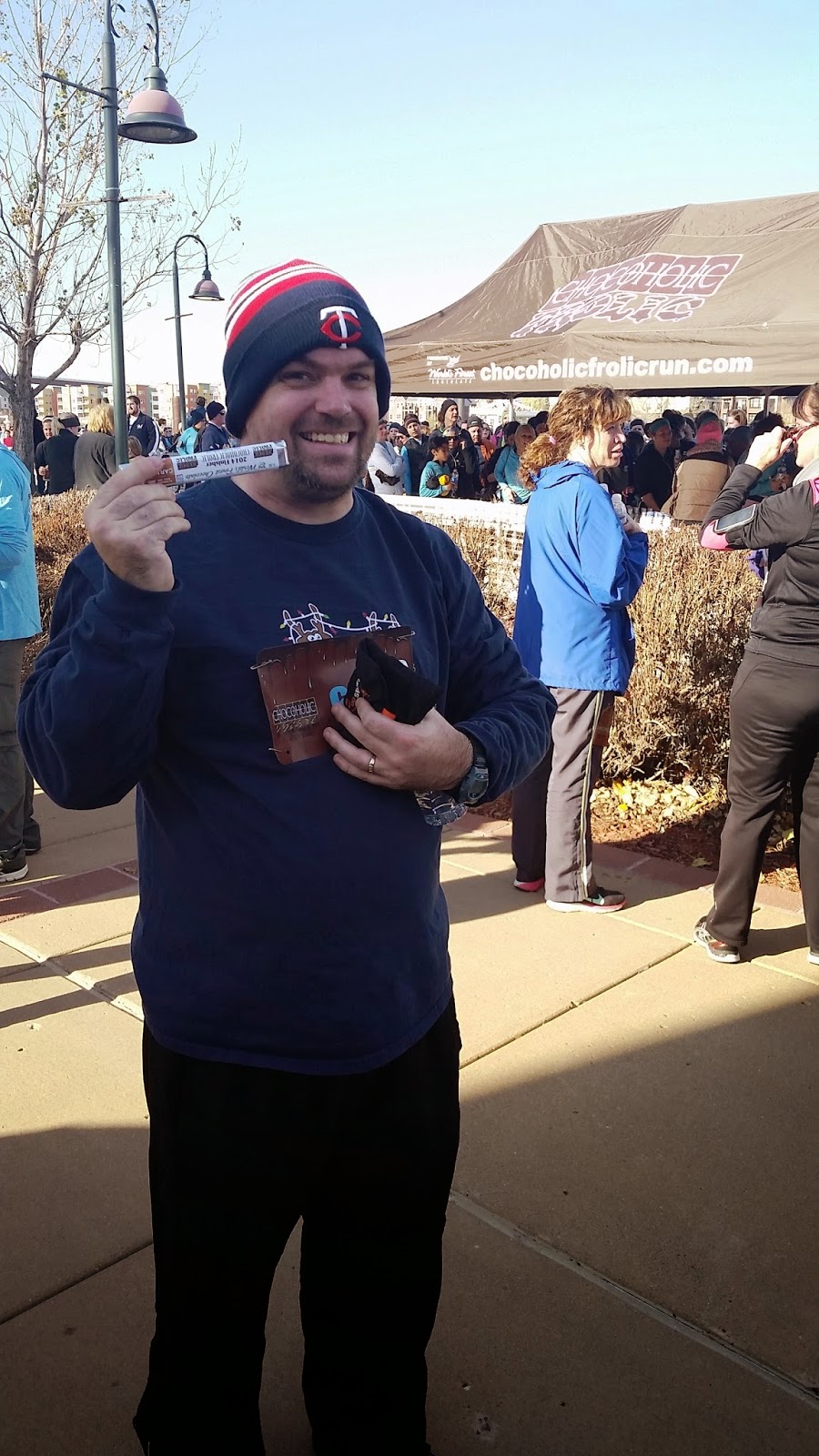 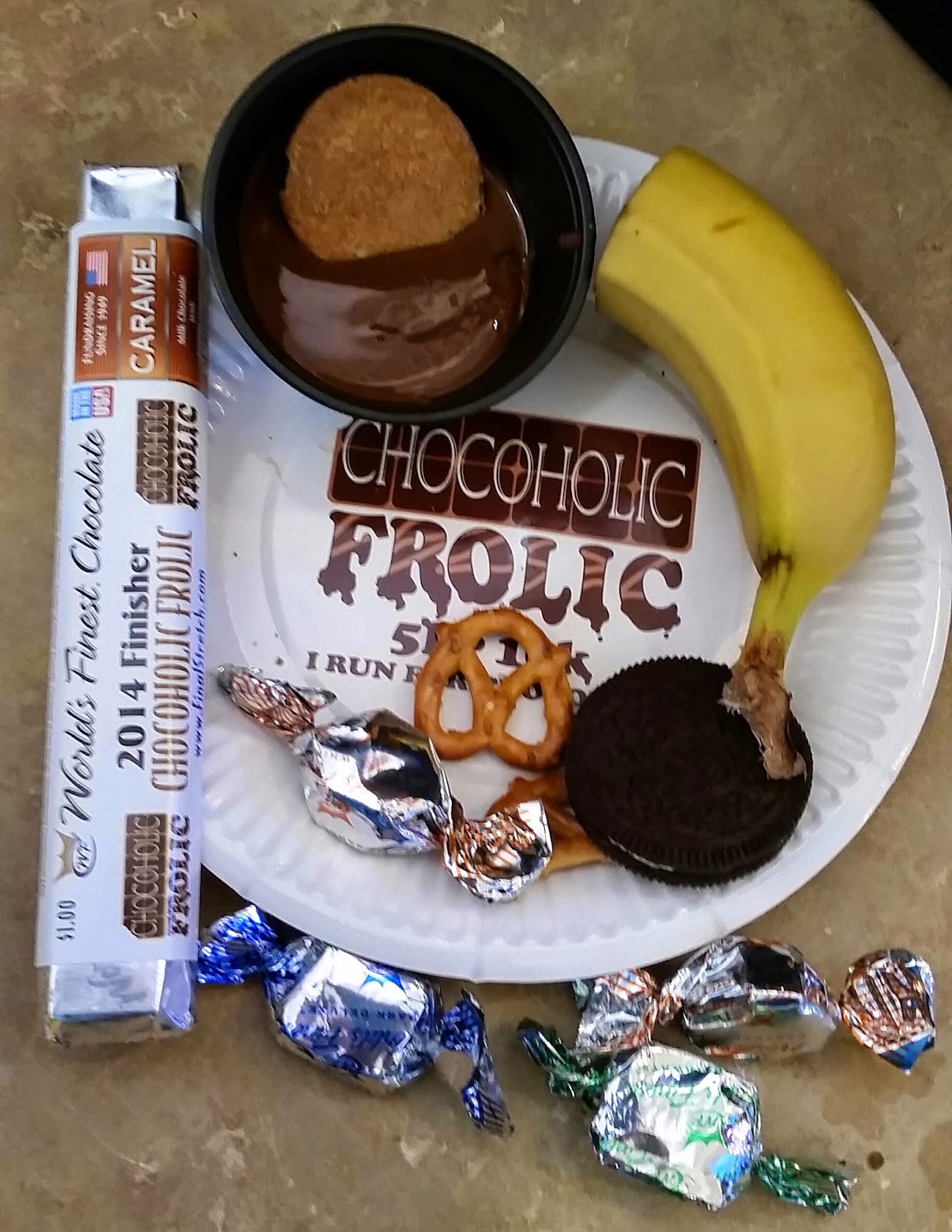 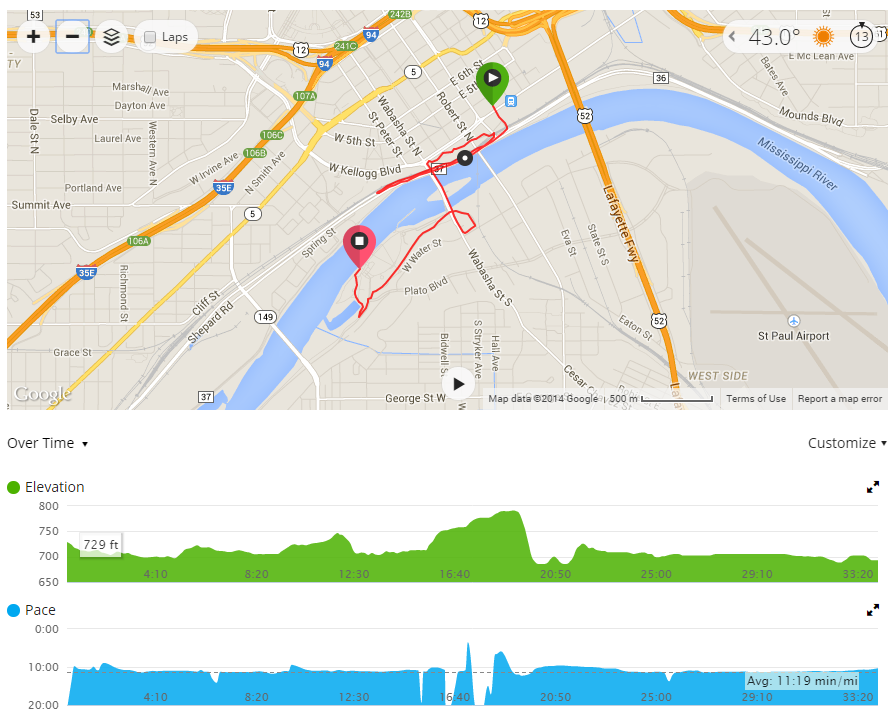 Posted by KimmerBee at 5:00 PM