Hope everybody had a good Easter. Ours was very nice. We had good food, got some exercise and gained 3 pounds. Yep…doesn’t that suck. I need to become a hermit and never go anywhere on the weekends…weekends are killing my weight loss!  For the month April I have gained almost a pound. I have lost some but always gain it right back on the weekends. I need to stop this! I have lost weight every month since September. Even in November and December with Thanksgiving and Christmas, I managed to lose some during the month. How could April be my undoing?  The weather is nice, I’m putting in extra miles and more workouts but yet I’m gaining…not cool, NOT COOL!

7 Miles!
So let start with Friday. What a glorious day it was...even though it was Good Friday. I had the day off, Eric did not. I made the most of my day. I got up with Eric and went to get the burnt out light fixed on the car. I came home and did some laundry (my never-ending problem) and went for a run. This time I went to the Minnesota River Bluffs trail on the other side of the river in Chaska/Chanhassen/Eden Prairie. I ran 3 miles out to Lake Riley and turned around and ran back. It is a very nice run, straight on the hill with plenty of scenery. I felt pretty good the whole way until about mile 5. I was thirsty and really wish I had some water. I struggled through mile 6 to get to my car and get some water. After a drink I felt I had enough in me to get to mile 7.  Yep, 7 miles and I ran the entire time. My pace was slow but I did 7 miles!  I was very happy with my result! 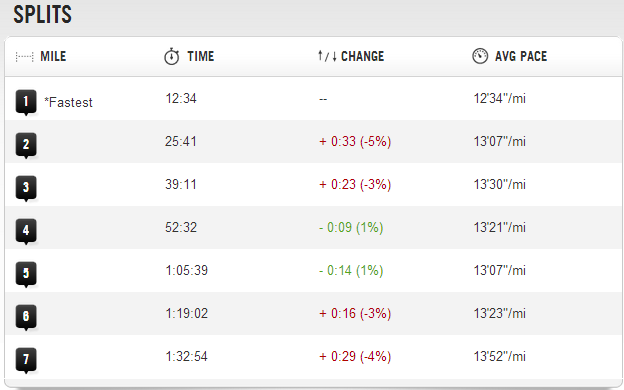 After my run and shower, I went to Burnsville to buy Mike some new pants…his are too big. I guess after losing 55+ pounds that would happen. He told me to get one size but they were out of that size so I said give me the next size down…good I did because they fit! The size he wanted would have been too big! I filled the car and got some groceries and that was basically my Friday.

Flood Run
Saturday we drove down to Wisconsin and ran into the annual Flood Run…1000+ motorcycles taking control of the road…seriously. They act like they own the road and do their own directing of traffic and everything. So annoying! It was a nice day for it so good for them but they are such a nuisance! We got to George’s Lounge for the Chicken Q. It was delicious but the potato salad was not homemade like usual. That was a bit disappointing. We ventured into Winona with mom and came home with a cat climbing tower.

The Long, Long Mass
We went back to the house and met Melcome…the new cat. Cute cat, very active. He rules the house! We had some pizza and went to the Easter Vigil. The Easter Vigil is such a long Mass. I knew it was going to be a late night. I like standing around the open fire outside of church. That part was cool. It was a bit windy so it was causing some problems. LOL! We light our candles and proceed inside.  They only did 3 of the 7 reading which I was grateful. Father Woody’s homily wasn’t his usually 20 minutes…only 15 and there was 1 baptism, 3 confirmations and 2 first communions…those of course take time. After all was said and done it was two and half hours.  Not the four and half hours at the Vatican. We got back home and went straight to bed.

Easter Sunday
I tried to sleep in but of course I had to pee so that didn’t happen. I got until 7:30am. We had quiche for breakfast and after the rain stopped Mike and I went out exercising. I had mom drop me off at the top of the hill, 3 miles from the house and Mike was dropped off at the bottom of the hill.  I was a lazy runner yesterday. I thought my pace would be awesome but it wasn’t. My first mile was 12 minutes…I’m not sure how that is possible because I was running really fast downhill the whole way but whatever.  Easter Dinner was delicious. Mom had a good spread.  We played Yahtzee Free for All…Eric won of course, he always wins. We had some pie and made our way home. It was a nice drive back on the Minnesota side of the river. We relaxed a bit but it was too nice of a day to sit inside so we went for a 10 mile bike ride it was beautiful.

Posted by KimmerBee at 8:56 AM