The one thing I can say after this weekend is this: I'm sick of driving, I'm sick of food, and I'm sick of boring graduation speeches.  This weekend was really a whirl wind.  We got to see a lot of family.

Friday night we went to Bradley’s parents’ house for Danielle’s graduation party. It was really a nice time. The family is really nice and the food was delicious. I brought Monster Cookies in MSU colors. I’m so smart.  (I saved the left over M&Ms for Viking Monster cookies in September.) We were there for over 4 hours and, as Eric pointed out, we didn’t play cards…SAY WHAT?  Saturday morning we gathered at MSU campus for Danielle’s graduation.  Bradley has the “in” so he got us down to the first floor of the bleachers, right where Danielle walked in and out. Awesome! The ceremony was 2 hours long. Eric, Bradley and I entertained ourselves by making fun of the thesis titles.  Like the one about the Sexual Satisfaction after a Bone Marrow Transplant. Really?  You actually wrote a thesis about this?  Another one was something about the strong Mothers in Modern Family and Parenthood.  Again…you watched TV for your thesis.  Great.  I’m not sure why but there were 3 speeches at Danielle’s graduation.  The first guy was Nepal and according to a good source cheated on his Math tests. Hum…The second girl was Hmong and the third was from South Africa…apparently no American’s were good enough.  Oh Well.  After the ceremony we went to Olive Garden for lunch and then we were on our way to Nebraska.  That 5 hour drive after eating a big meal was brutal.

Sunday morning we went to church, and then our traditional run to Starbucks with Juliette.  After that we ran around Papillion and eventually made it to the graduation with 15 minutes to spare. The family was split into two groups.  There were not enough seats so I sat at the top of the arena. I took a picture of the two groups.  In one, Eric’s dad was sleeping and Chris was playing on his phone. The other picture I took was Eric doing homework and Juliette playing on our iPad.  They were really paying attention. LOL!  I can’t say much I was playing on my phone too. A couple things about this ceremony: they only had one speaker…thank God! And the 1st annual Teacher of the Year award went to…the Head Principal…HuH?  Can we say rigged?

After the ceremony we took some pictures in the parking lot and then headed over the house for some pizza and veggies with the whole family.  It was a good day.

Yesterday was another day of driving.  We took Juliette to Starbucks, dropped her off at school and went on our way home. It was a good weekend. Here are a few pictures from the weekend. 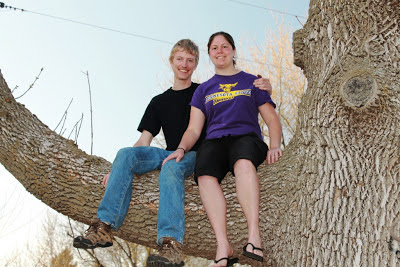 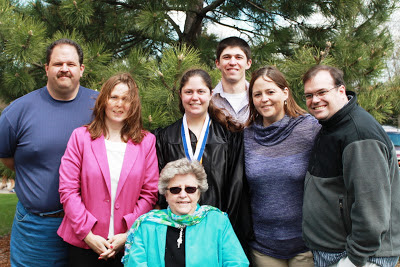 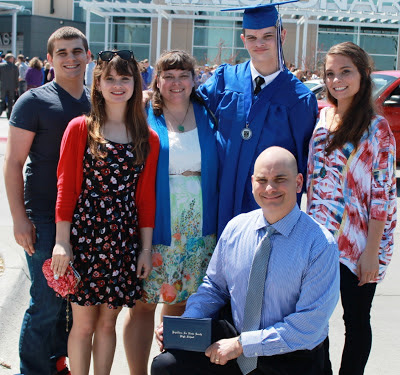