After some free chicken nuggets at Chick-Fil-A, we headed to Centennial Lakes to play mini golf. Eric kicked my butt by 10 strokes. I had a rough night hitting the hole. :(  It was also a slow night as we had some big groups in front of us. And then we had the make-out couple.  I'm not talking some teenagers...these two were easily in the 50s. The guy was in a fancy shirt, tie and wing tipped shoes. The woman was less formal but they were very annoying. At one point, during one of their many make out sessions he asked, "are you waiting for us?" Well duh, we are standing in the tee box looking at you with a scorn on our face.  I said "Yes we are!" Eric said it was a bit snotty but seriously, get out of the way! 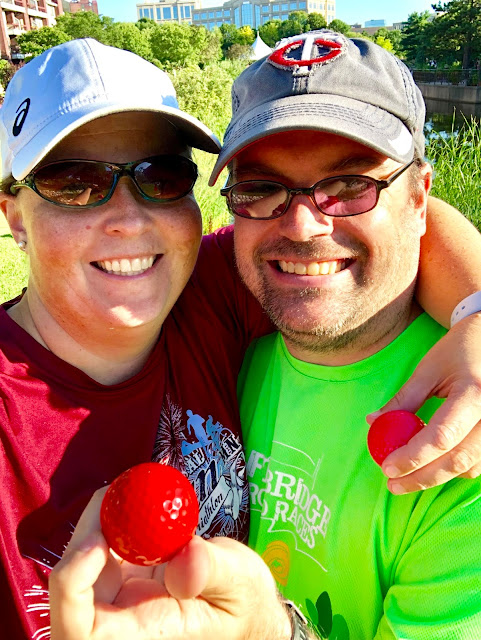 Our next activity was disc golf. We were running out of sunlight so we only managed to get in 11 holes. But honestly that was all I could handle tonight. We haven't played at all this year yet so my fingers were getting the start of blisters. I need to break my fingers in. Haha! 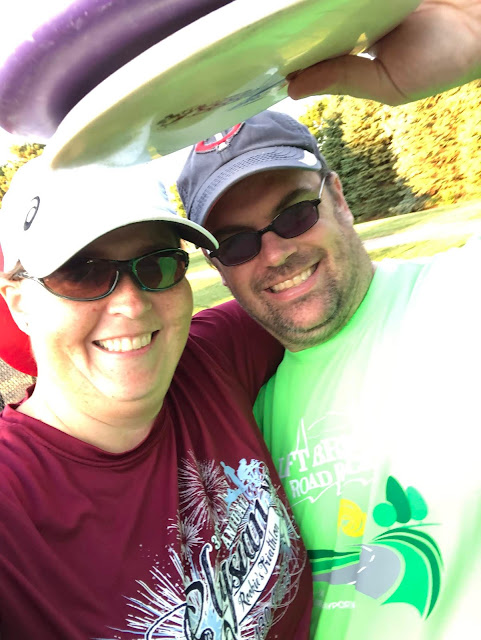 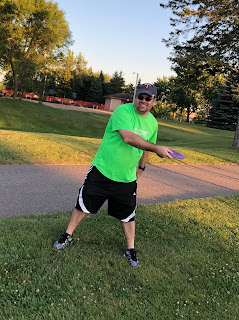 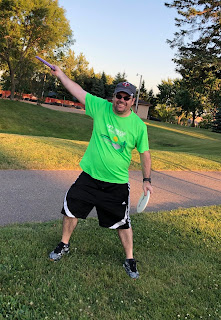 We didn't really keep score but we were much closer at this than the mini golf.

We took advantage of the beautiful summer night. It was a fun evening!

Posted by KimmerBee at 9:31 PM