Race number 20 for the year is complete, the Rock ‘N Roll Chicago Half Marathon. This was a big race. There were 20,000 runners doing the 10k and Half Marathon. The race started at 6:30 but by the time my corral started it was after 7am.  Huge race!

The starting temperature was 72 degrees and the humidity was 78%. I thought it was sticky, I was in the minority as most people said the weather was great! <eye roll>

I really don’t know how well I did in this race as the tall buildings in Chicago’s downtown area screwed up my splits. It was so bad that when I got to mile 6 as marked on the race course my watch said something like 6.6. Once we got out of downtown and ran around shorter buildings me GPS was more accurate.

Thankfully they gave us splits at the 5K, 10K and 15K markers so I have an idea of how well I did. The first 5K was great with an average pace 13:11. I slowed down during the second 5K with an average pace of 13:42. Surprisingly I didn’t lose much during the third 5K as my average pace was 13:49. That is great for me. I’m not sure about individual miles but I do know that the first 9.4 miles my pace was under 14 minutes. Awesome.

Like usual, I fell apart during mile 11. I ran into a girl running her first half but her legs were shot. I ended up walking the last 2 miles with her. It was fun. I knew that I wasn’t going to make it under 3 hours so after that I just want to finish. I know that is a bad attitude to have if I was competitive but I’m not, I want to have fun! 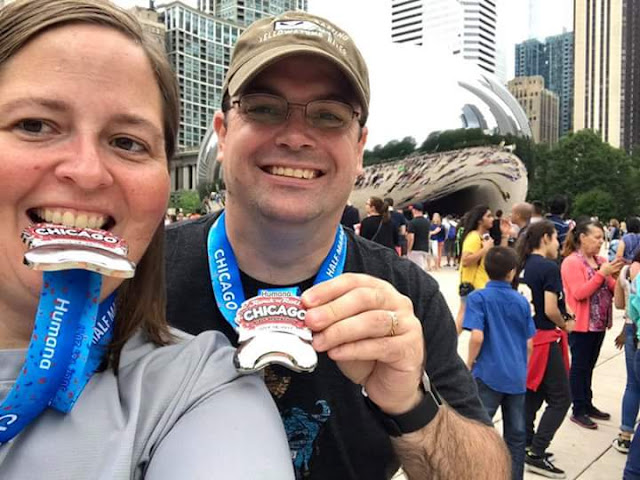 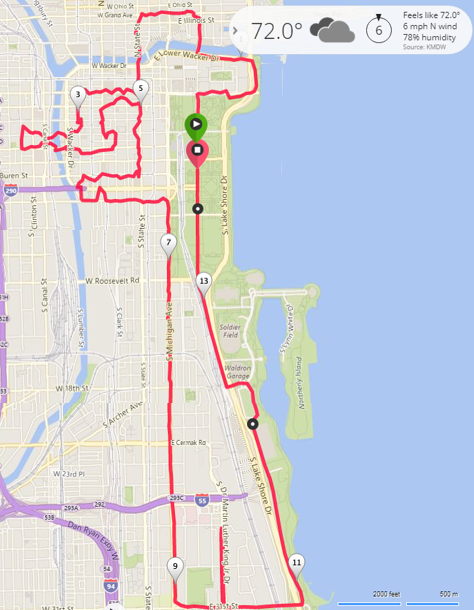 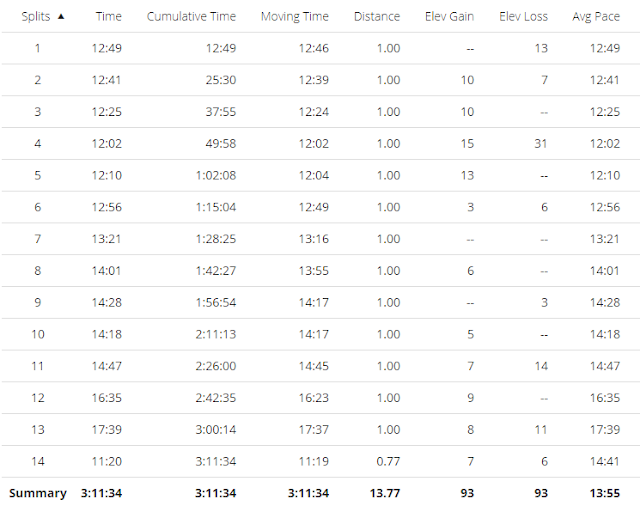