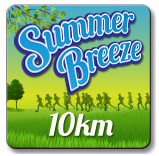 All I can say is wow! It was a tough race! I’m not sure how I feel about trail runs. Yes I know my time is slow because it was a trail run with hills, hills and more hills! There was zero pavement, it was either grass or dirt.

The Start
We started on the playing fields so it was grass. I paced myself slower than usually because I knew this was going to be a long hard race. I passed a few people but for the most part I was alone. There were rolling hills in the beginning and my 12:41 for the first mile wasn’t great but I wasn’t unhappy with it. Mile two had a big climb which makes sense why I lost over a minute on that mile. Somewhere during mile 2 was a water stop. Everybody was so supported and cheered us on it. It was great to have that support. When I was feeling lonely they picked up my spirit.  Around mile 2.5 I ran into Juliette. She of course was almost done with mile 4. The course had a point where we were running at each other. It was at this point I saw the Hill of Doom.  Juliette was just about climb it. I was going back into the woods for another 2 miles.

The Middle
After the water stop before mile 3 my iPod quit working. It might be the water I dumped over my head, I’m not sure. That was ok. I just stuck it in my bra (I had no pockets!).  It was nice to hear the outside noises. Mile 3 makes me mad. I can’t believe I walked so much of it. It was around this time that I caught up with a couple girls. They were also doing a walk/run routine. So I would catch up to them and they would start running. You know that old game…I had them in my sites for most of the run.  I ran around the woods and just waited for the Hill of Doom. I popped out of the woods and saw Eric and Katelynn at the same spot I saw Juliette…except this time I was finishing mile 4 and they were heading into the woods.  I walked up the Hill of Doom. A woman I passed on the hill scared me when she said this wasn’t the Hill of Doom. I thought holy crap, there is a worse hill!  Thankfully she was wrong!

The End
Once on top of the Hill of Doom It was mostly clear sailing down to the finish line. But the finish seemed to never come!  The run down the hill was very steep to the point I actually walked because I thought it would be safer for my ankles! We got back down to the bottom by the creek. By this point the some of the half marathoners had passed me…they started 30 minutes after us. One of them was really nice to me and said you are almost there, you got this! Again it picked up my spirit. I finished mile 6 strongish (it was my fastest mile after mile 1). The last quarter mile was on grass again, I would much rather run on dirt. I tried to finish strong but I didn’t have it in me. I was so glad to be done with this race. Eric and Katelynn came in about 35 minutes after me. We all successfully completed the 10K! And we completed one "Across the Pond!" 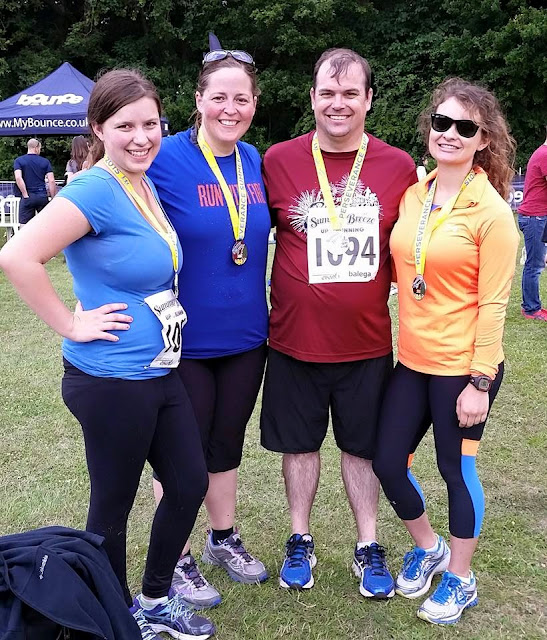 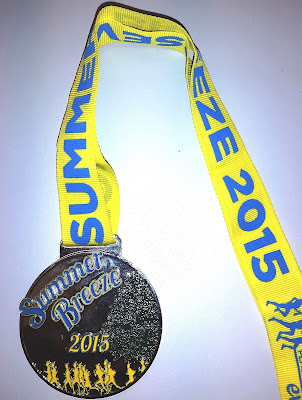 Posted by KimmerBee at 3:05 PM