The February race is in the books and as expected it was the coldest day of the month so far. What is it with me and this racing curse? The weather has been awesome all month but bam we get hit with a cold front that drops the temps below zero and the wind chill at -23 degrees. It was COLD!

The course was at Lake Harriet, the same course as Reindeer run…but we ran the opposite way. I don’t like running this way. I like the Reindeer run way. I’ll get to why in a minute.

The Start and Mile 1
There was not a warming tent, so we all huddled around each other to stay warm. Not cool in my book. The start was fine, no big fanfare, just go. The first mile was my fastest; it was mostly down a slight hill so that isn’t surprising. There were the usually walkers who decide to start in the front and then walk down the middle of the course. I love that people are out there walking, it is great! But please don’t walk down the middle of the course! ARGH! So I had to weave around them. Sometimes I couldn’t get around so I had to walk too until I could get a clearing. It really makes me angry, especially at the beginning of a run! My first mile was under 11. Yes! Under 11 again, it has been a while!

Mile 2
The second mile started out ok. I was really hot after the first mile but thankfully I didn’t strip any layers off. At the half way point we were on the south side of Lake Harriet, the very exposed side of lake…with a north wind. Yikes! It was COLD. The sweat didn’t help either. It was a rough time. The wind also caused drifting of what little snow we had and it was on the path so we  had to trudge through snow, while trying to avoid the northern wind. It was a miserable time.

The Last Mile and Finish
After battling the wind for about a half of mile, we encountered the couple hills on the course…this is why I like Reindeer run better. I don’t want to run hills after running most of the race. I want the hills in the beginning. With the cold and my lack of training, I was having issues breathing so I had to walk a bit. I was upset but really I couldn’t keep going. My last mile was my worst (I accidently hit the lap button on my watch that is why it has a .38 mile lap…oops!). I was very happy to see the finish. There really wasn’t much fanfare at the end either. You cross the finish line and wait in a longish line for water and food. Overall my race was ok considering I haven’t been training like I should. I finished at 35:24. My pace was faster than the last 2 races too so that makes me happy. And if I didn’t have to walk!!!I could have been under 35 again. Darn that cold! 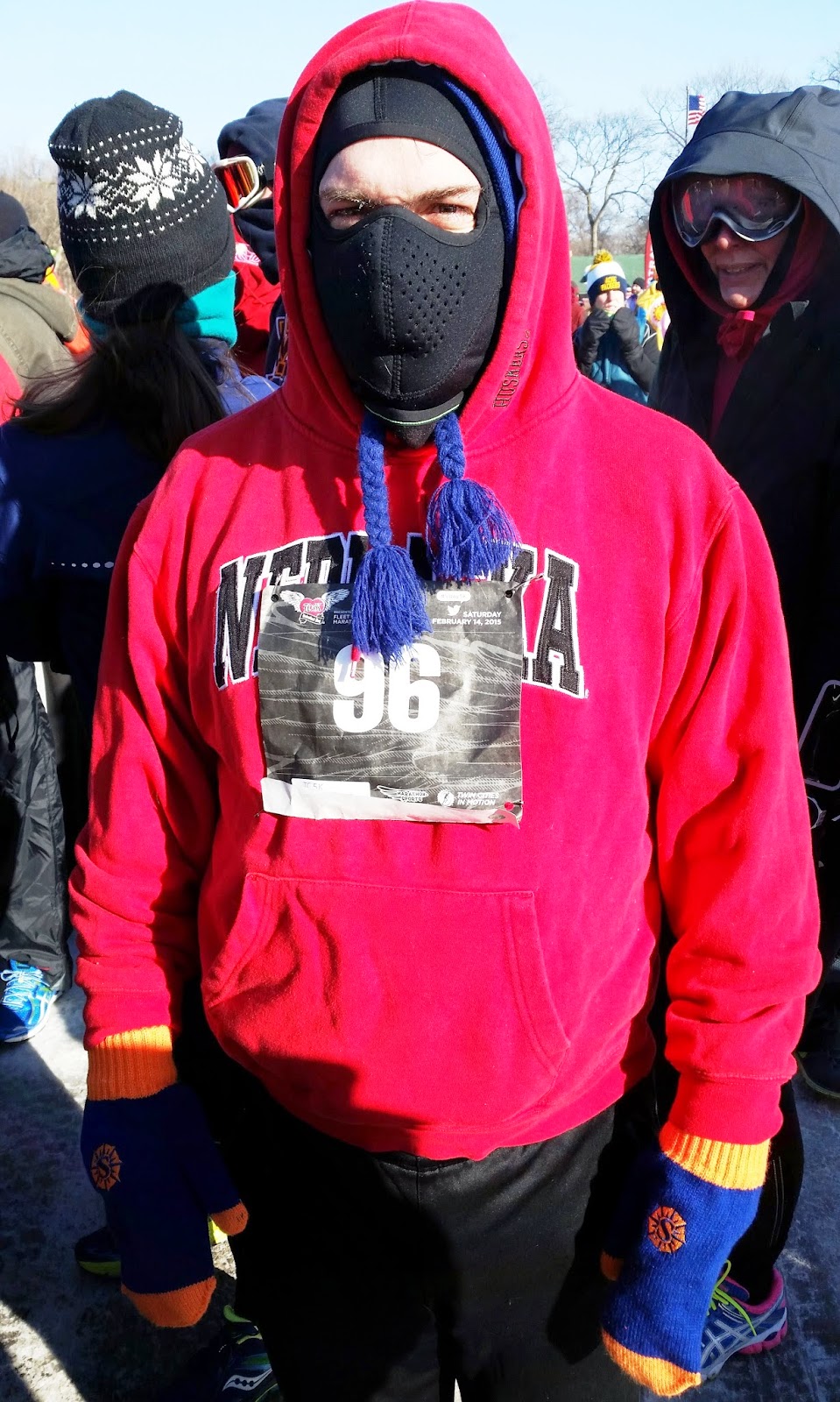 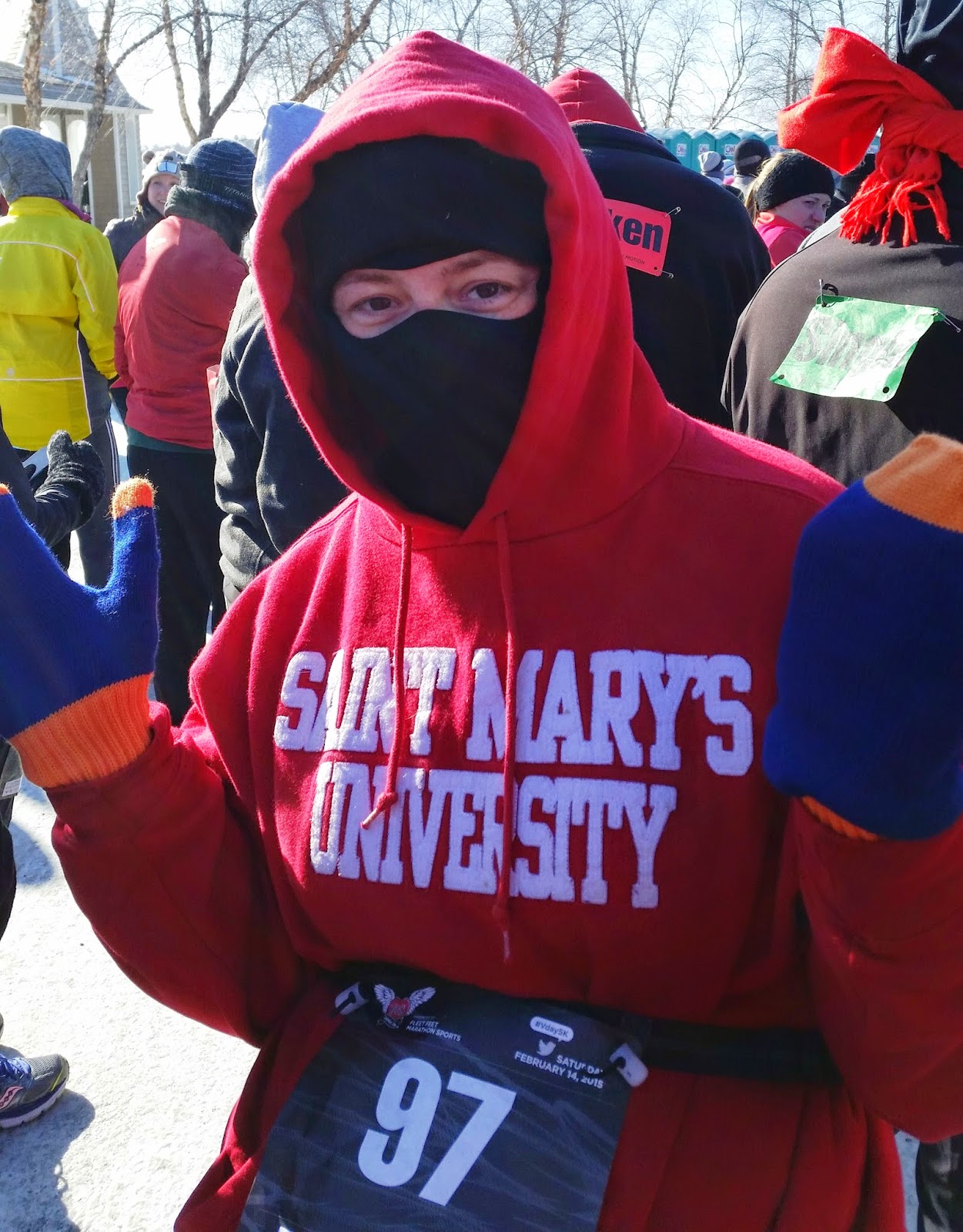 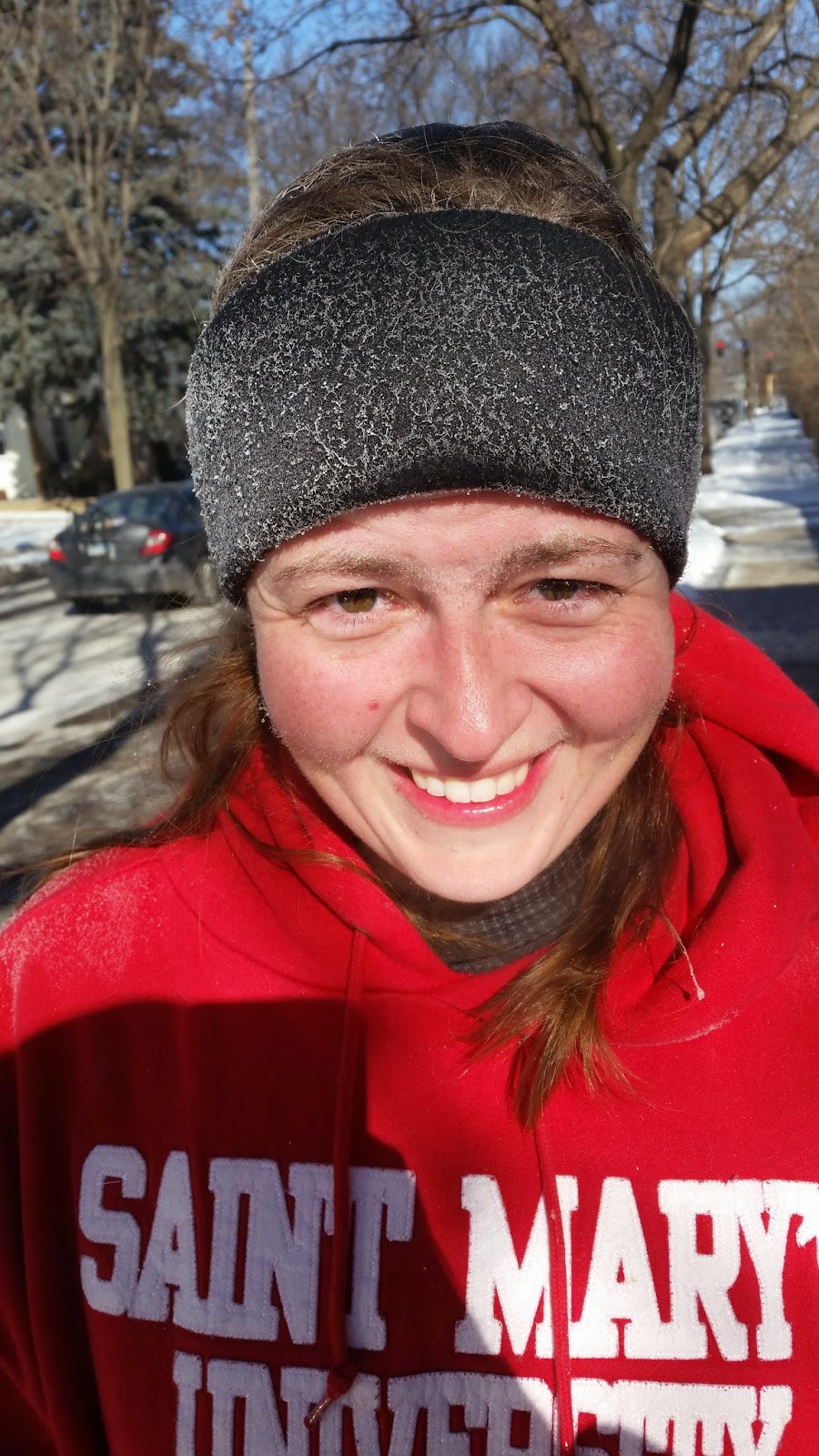 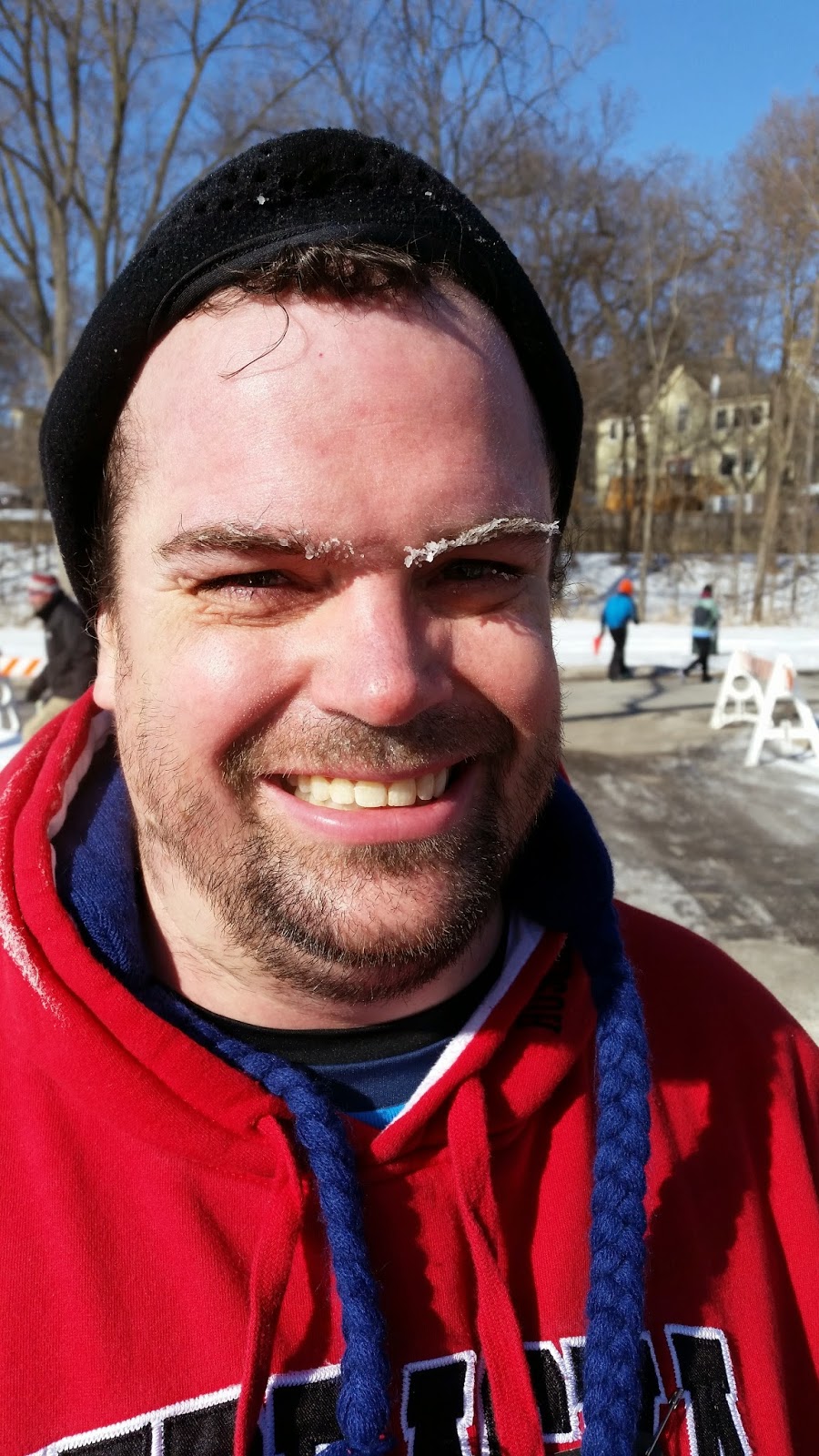 After pictures, not so bundled up and icy faces