State Number 24 was amazing. The course scared me but it really wasn't so bad. I did better than I imagined considering my last half was 5 days before.  The weather was prefect. It was 25 degrees cooler than Connecticut race.

The race was very small and I was concerned again with being last. But thankfully I wasn't last...close by not last. There was always somebody in front of me and somebody behind me. I ran it entirely without somebody. It is different experience.

The worse hills were during miles 8 and 9. They really sucked! I would say this race was almost better than the Connecticut...I was still running regularly during miles 10-12...granted they were all downhill. I have said this before but I think hillier courses are better for me even if I don't like uphills.

Its too bad this race doesn't get more runners because it is a nice course. 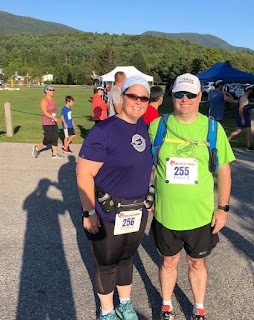 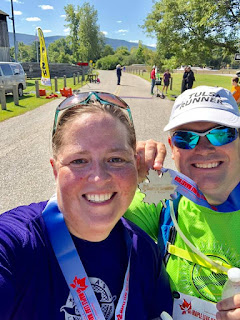 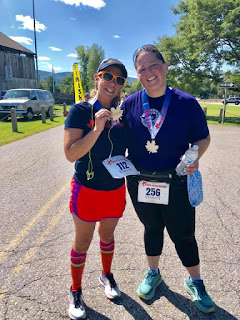 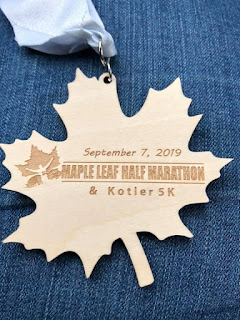 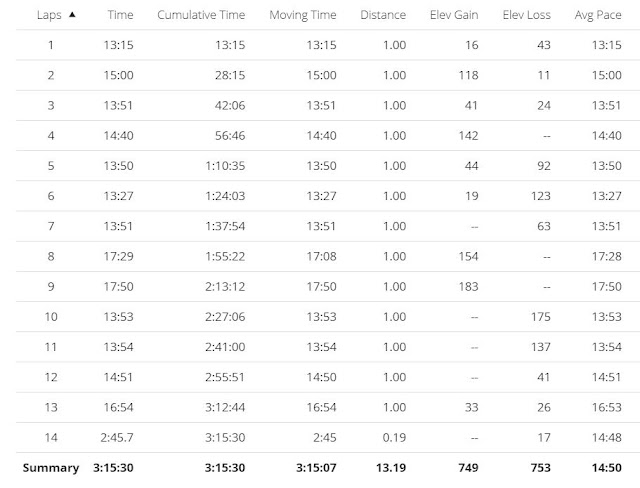 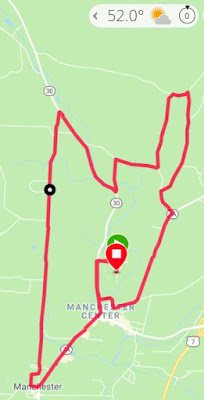 Posted by KimmerBee at 7:08 PM