After the hot and humid Newport half marathon, Eric and I soaked in the hotel pool and hot tub, showered and went to Chipotle for a late lunch. By this time it was only 2pm and we had plenty of day left and we both felt great so we went sightseeing in NYC. From our hotel, it was a 20 minute train ride to Manhattan. We decided to go to Grant’s tomb and Hamilton’s Grange since the were not open on Monday and Tuesday and we were leaving Wednesday. We got more stamps for National Parks book.

General Grant National Memorial
Our first stop was General Grant National Memorial, aka Grant’s Tomb. This is quite the tomb. The building looks like a mini capital building. Inside, in the basement were Ulysses and Julia’s tombs and surrounding the tombs are all of Grant’s generals of the civil war. It was a cool building. And it was a nice cool spot to relax before heading back outside into the heat and humidity. 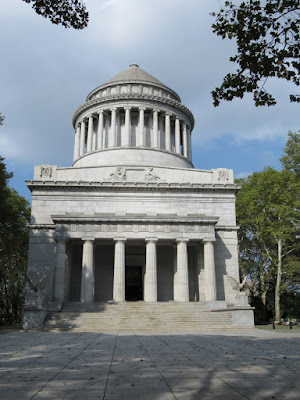 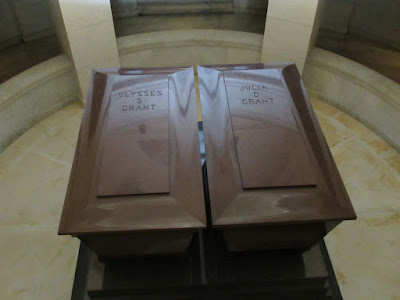 Hamilton Grange National Memorial
Next stop was the Hamilton Grange National Memorial. I wasn’t exactly sure what this place was. I figured it had something to do with Alexander Hamilton but that was it. It actually was an interesting place. We got there just in time for the guided tour. This was the house that Alexander Hamilton built before he died. It has been moved a few times but it is only a few blocks from its original location. The rooms were laid out like they would have been back in the day and had some original stuff. 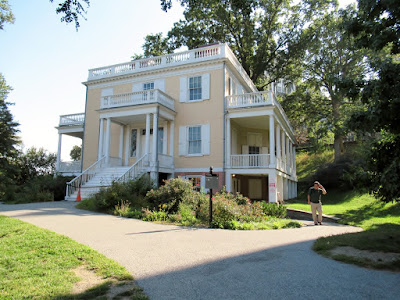 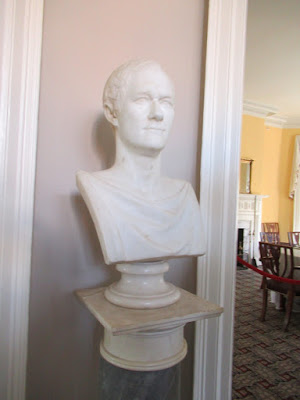 After that we made a pit stop in Time Square before heading back to New Jersey for the night. We had an awesome dinner at The Cheesecake Factory before turning in early (like 8pm), exhausted from the long, hot day. I had almost 40,000 steps this day.


More pictures can be found here: NYC
Posted by KimmerBee at 7:30 AM