You maybe wondering why I'm writing from Gate A31 at Atlanta airport. The short story is that I got into a fight with a dump truck on I-85 in Montgomery, AL and I lost. Thankfully everybody is OK. Thank GOD! Needless to say the last 24 hours have probably been one of the toughest for me. Mom's van has quite a bit of damage on the passenger side but hopefully it isn't totaled. The people in Montgomery are the best in the world. They made the whole ordeal easy to deal with. The problem is we are 1050 miles away from home and there is no way we can drive mom's car back to WI. After the accident, I was able to drive the van to a gas station that the police officer suggested we go to figure out what to do next and that is were we sat for 4 hours. It was so hot! It took us that long to get the plan. The police officer that responded to our accident even came by at like 8pm to check up on us. Isn't that amazing?? 3 hours after the incident he came and checked on us! After tons of phone calls, we eventually had the van towed to a hotel near the airport. I got mom and Bev a flight home from Montgomery for this morning. Fortunately, Grace was able to go for free since Doug works for Delta. I just got off the phone and they have landed safely in MSP and are on their way home. After a sleepless night and a morning filled with phone calls and tears, Mike and I came up with a plan that thankfully got me out of Montgomery sooner than later. The tow truck drive the night before, Benny, was a sweetheart. We actually did what he suggested. So the van is currently at the towing company's storage lot. Steve, a family friend is driving down on Monday to pick it up. So by 1pm today the car was towed to the storage lot and I was booking on a flight home. I'm so happy! That was probably the happiest moment in this whole ordeal...I was getting home tonight. I'm still tearing up. I am just so thankfully that everybody is ok. Anyways, I have a 3 hour layover in ATL. I'm not sure if I really want to do anything so I'm just chilling in the seats and watching the planes take off. I have an awesome view of the planes going up and I get to see the landing gear go up. I love planes! The only bright side is I get home from vacation a day early. I have to think of something positive. Ok so before this whole ordeal we drove to Tuskegee to visit Eric's Uncle Dennis and Aunt Beverly. IT was such a nice time. They took us on campus and we had lunch. We spent over 4 hours with them. Overall the trip was awesome outside of this little bleap. Hopefully in the future I will look upon this trip as a lot of fun. I hope everybody can forgive me for the stress I have put everybody through the last 24 hours. It will take me a while to get over this. 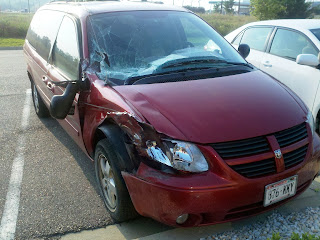 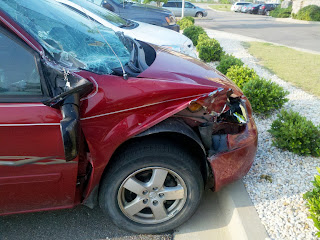 Posted by KimmerBee at 6:35 PM

Email ThisBlogThis!Share to TwitterShare to FacebookShare to Pinterest
Labels: Travel