Welcome to August! This summer is flying by and I am not keeping up on my blogging.

Anna is still in Brazil. She should be back Friday night. She was supposed to be back on July 24th but because she was under 18 at the time, Brazil wouldn’t let her leave the country without both parents’ permission. Adrian was there but Fa was not so she was denied boarding and had to wait a while until she turned 18 which was last Friday. So hopefully nothing stops her this time and she will be back.

This weekend was busy!

Eric’s birthday was Friday. We had a very early morning race on Saturday in Stillwater so we decided to spend the night at a hotel in Stillwater. We got an extra 90 minutes of sleep because we could pick up our race packets the night before instead of waiting in a long line on race morning. After we picked up our packet we decided to do some walking around Stillwater. It is a cute river town. We went over the old lift bridge which is now just a pedestrian/bike trail. We walked along the river front too looking at the expensive boats going up and down the river. When we were leaving, I got a Snapchat picture of me getting into my car from Abbie. She and Bryce were eating at the restaurant behind our parking spot. A little creepy but we talked to them for a bit before we headed out to eat.

Saturday morning came very fast. Our race started in Wisconsin and crossed the St. Croix River Crossing bridge which is fairly new. We ran the 5K and it was a beautiful course; I definitely wouldn’t mind doing it again but maybe the 10K or Half next time. Their courses are always mostly downhill which is fun. I had a pretty good time and ran a lot more than I thought I would. My training hasn’t been great, mostly walking. During the last mile I heard somebody scream my name...I don’t know anybody in Stillwater, who is yelling my name. I turned around and it was Mike, Linda and Alec. They total surprised me. After we finished, we went back to the hotel to pack up our stuff and met them at Perkins for breakfast. 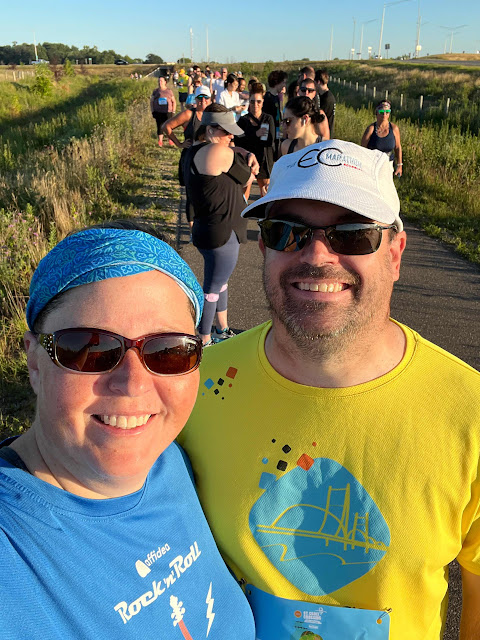 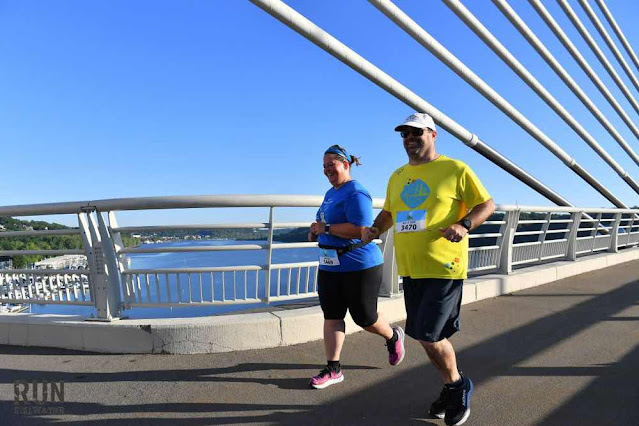 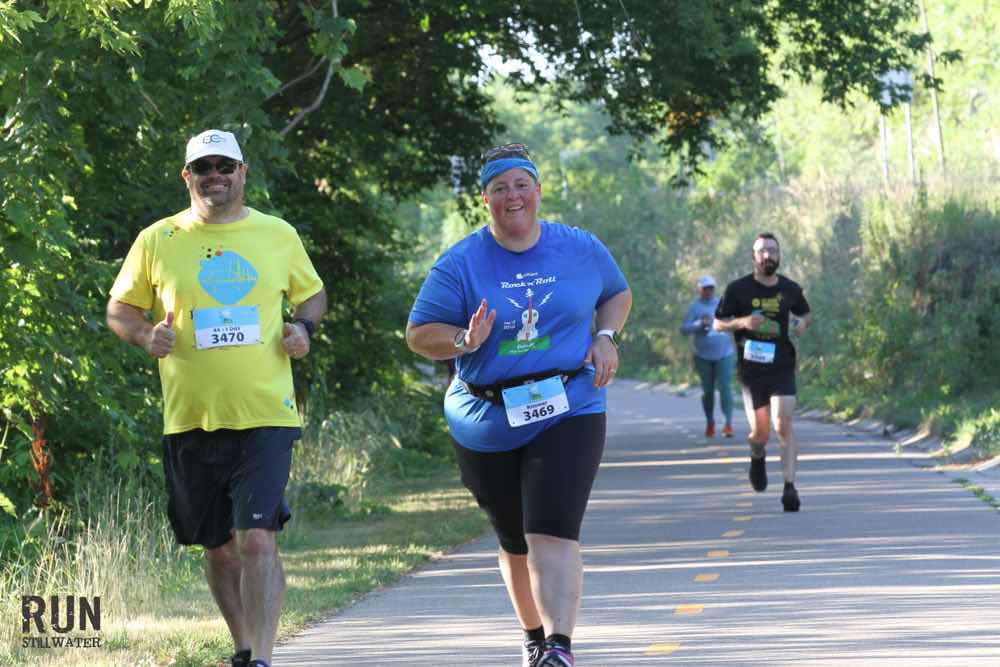 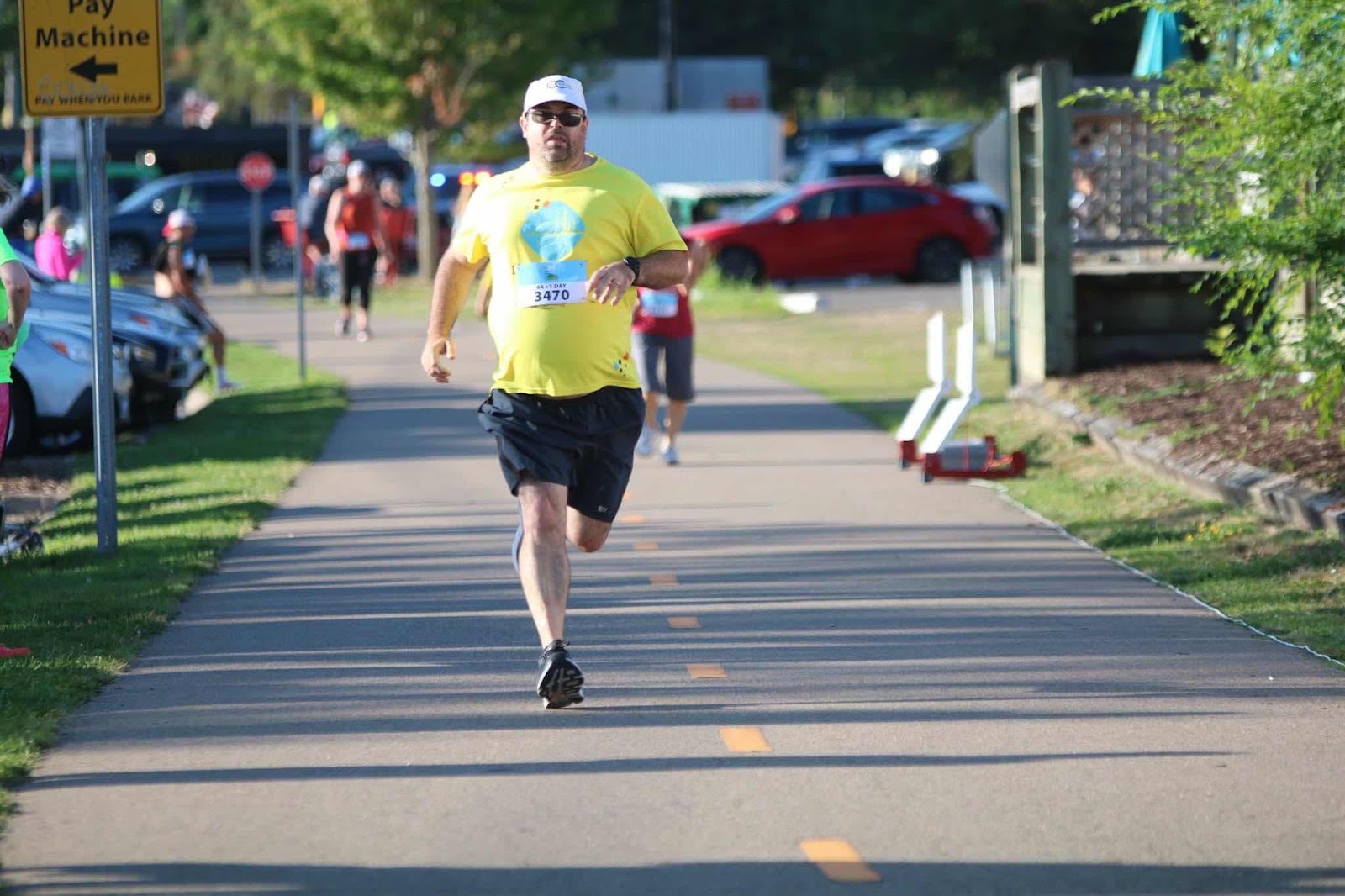 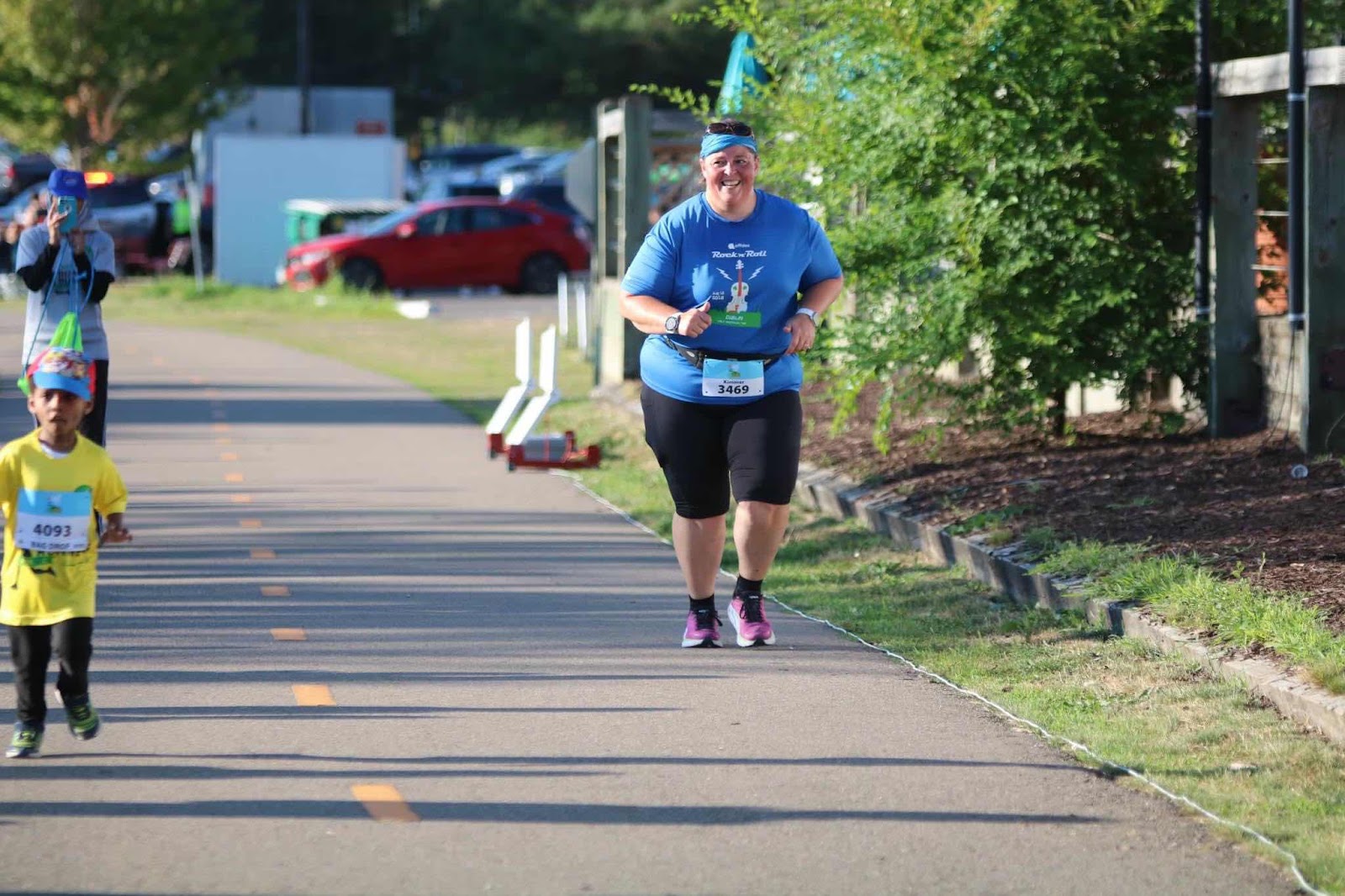 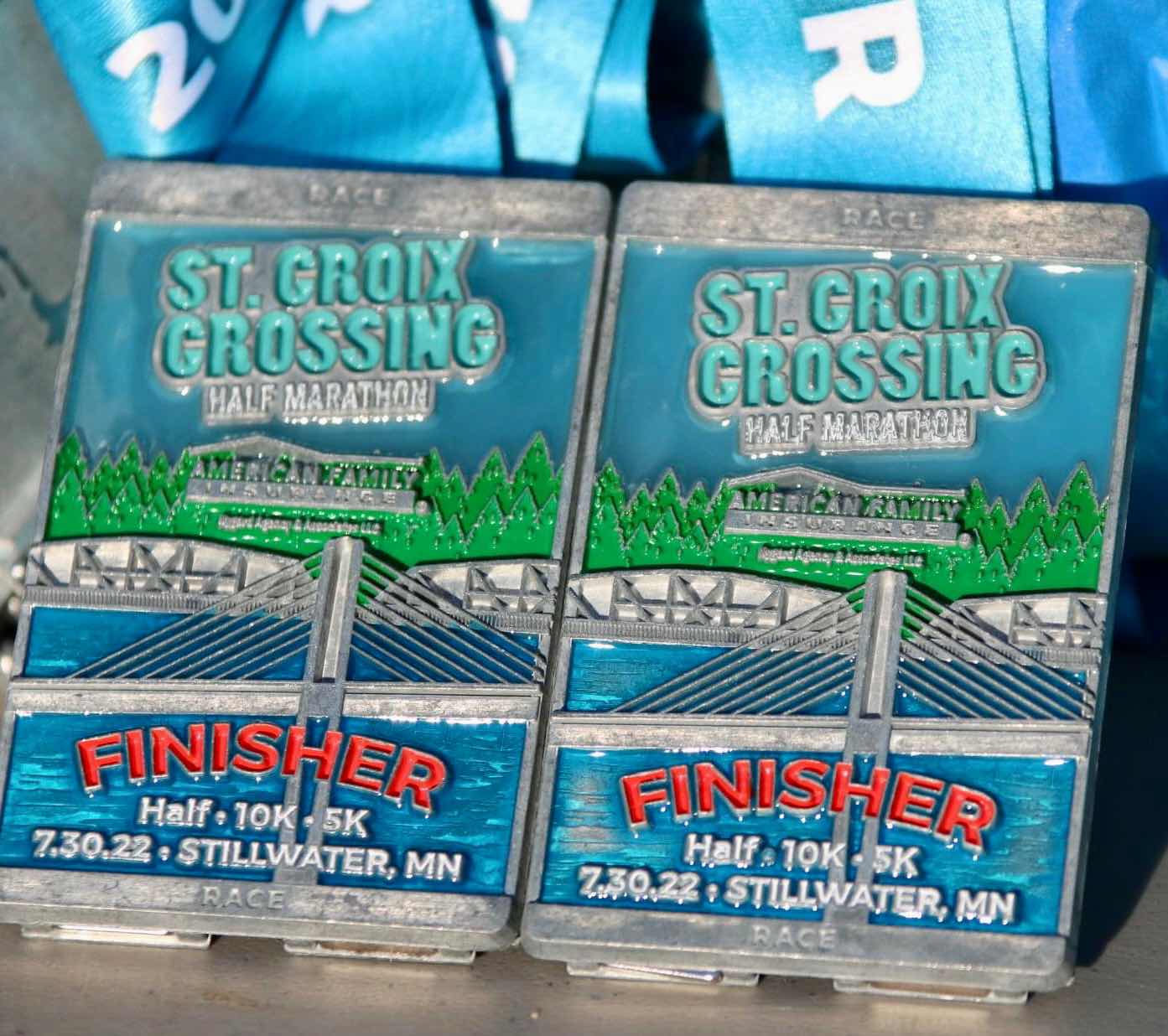 After breakfast we headed to our house. Eric and I took quick showers and we all went shopping. Eric, Mike and Alec joined DJ for the Minnesota Loons soccer game. Linda and I met Nancy and Greg at Prior Lake to take out Greg’s boat. It was a better experience this time. The motor worked! We didn’t wash ashore! We didn’t have to get towed back to the boat ramp!  It was a very warm day and there were a lot of boats on out on the lake but it was nice.

We all headed back to my house to prepare for the Birthday Party with the Stayers. Eric, Celeste, Caio, Anna and Alec all have birthdays at the end of July and August 1st. So we celebrated all of them with a grill out. We had chicken, steak, pulled pork, brats, hot dogs, baked potatoes and corn on the cob along with other salads and sides and of course a huge birthday cake. It was a lot of food! I think we all had a good time. I like being the party house, even though I was exhausted from all the day’s events. 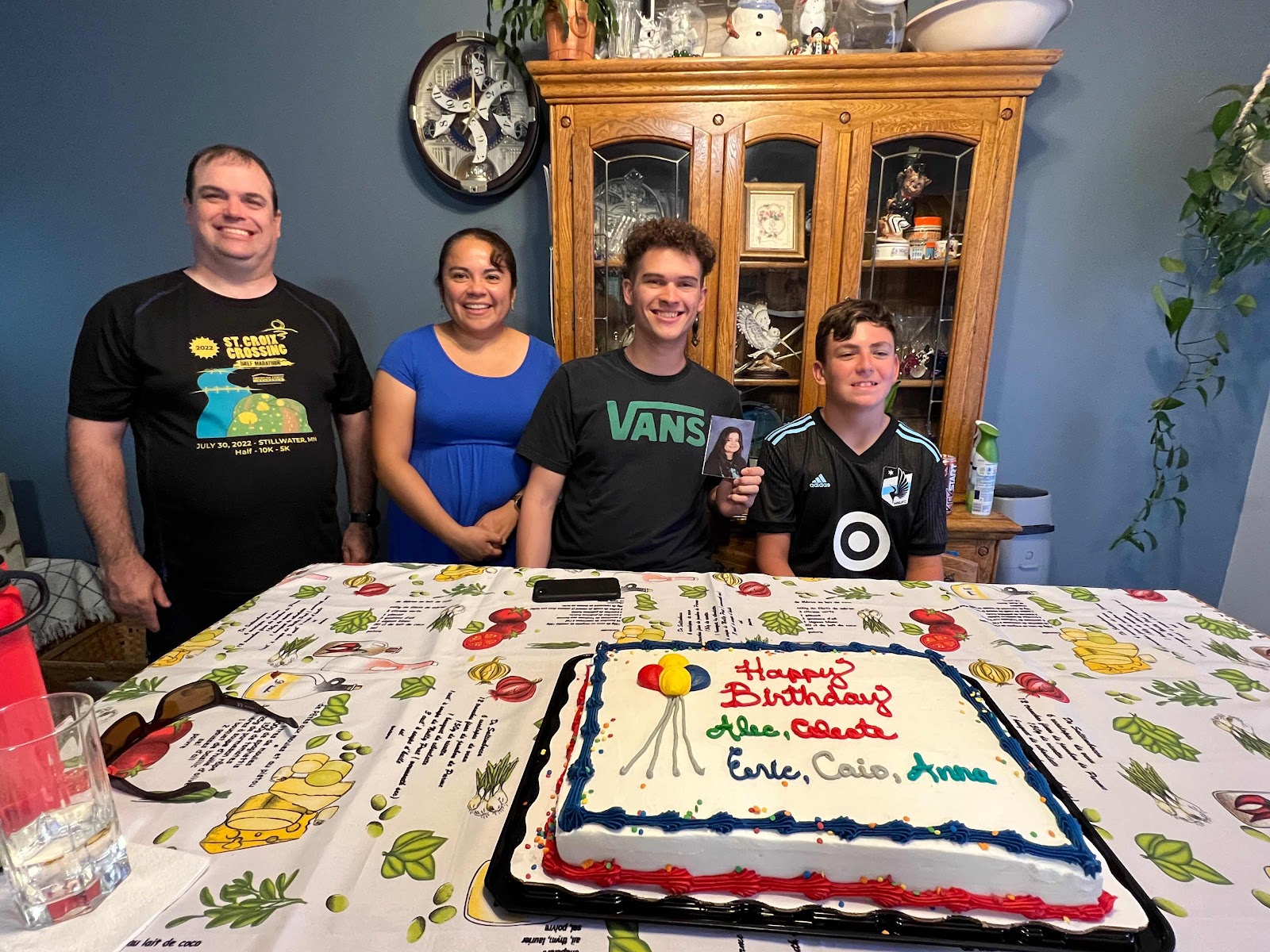 Finn was loving Mike’s lap Saturday after everyone left. 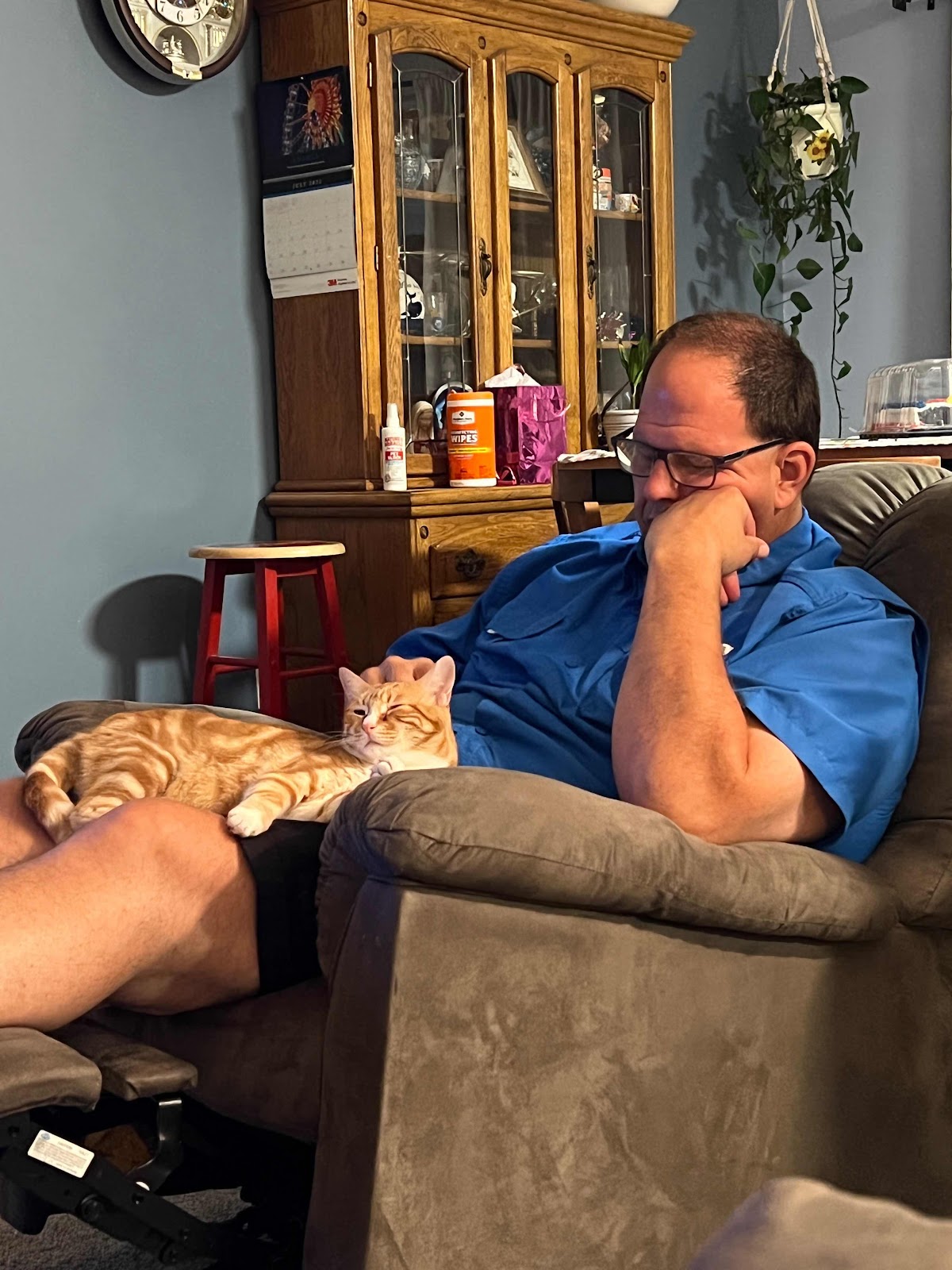 Yesterday we took Mike, Linda and Alec to Valleyfair. It was another long day of the sun but it was fun. I went on all the rides Alec did, he just did a couple of them a few more times. Alec took my reign of Milk Can Toss Champion when he sunk a ball and won an giant alligator. We didn’t get home until after 7pm but we had fun. 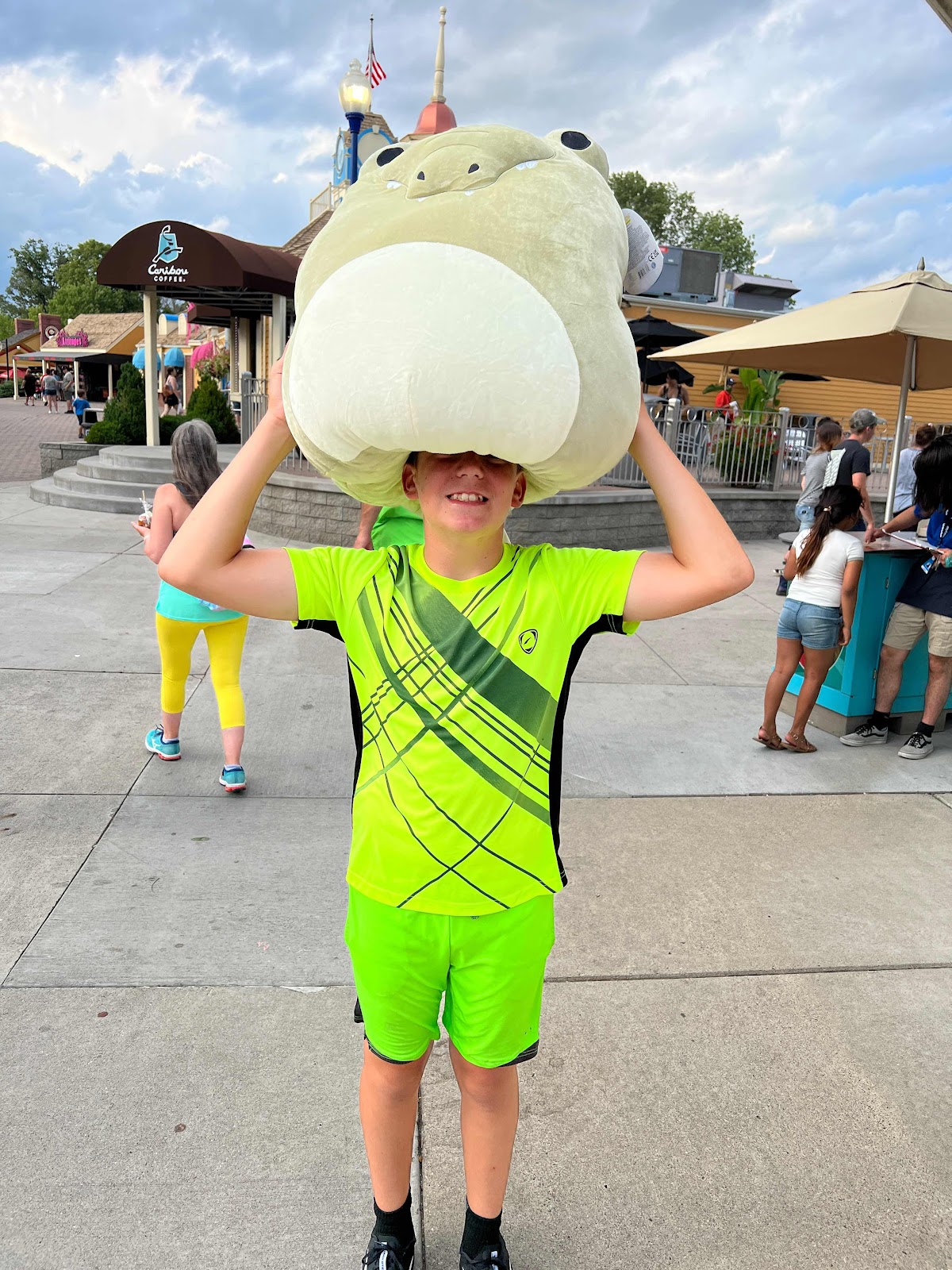