It has been a while since I've had a new blog post. I'm so bad!  November was busy.

The first weekend Eric worked at the RVR store in Mankato and I went to MN Largest candy story with DJ and Anna and then we decided a trip to IKEA was a good idea too. Haha. I always end up at IKEA with DJ. :)

The next weekend Eric and I went to Madison for our 4th and final running of the Madison Half Marathon. Since the beginning of October I've been dealing with knee pain and my running has been put on hold. It is so frustrating because I was make such good progress. So leading into this race I hadn't run much. I took the two weeks off between Halloween race and this one. It was very slow, the worse half marathon ever, but I finished and got my 4 medal to complete my puzzle. 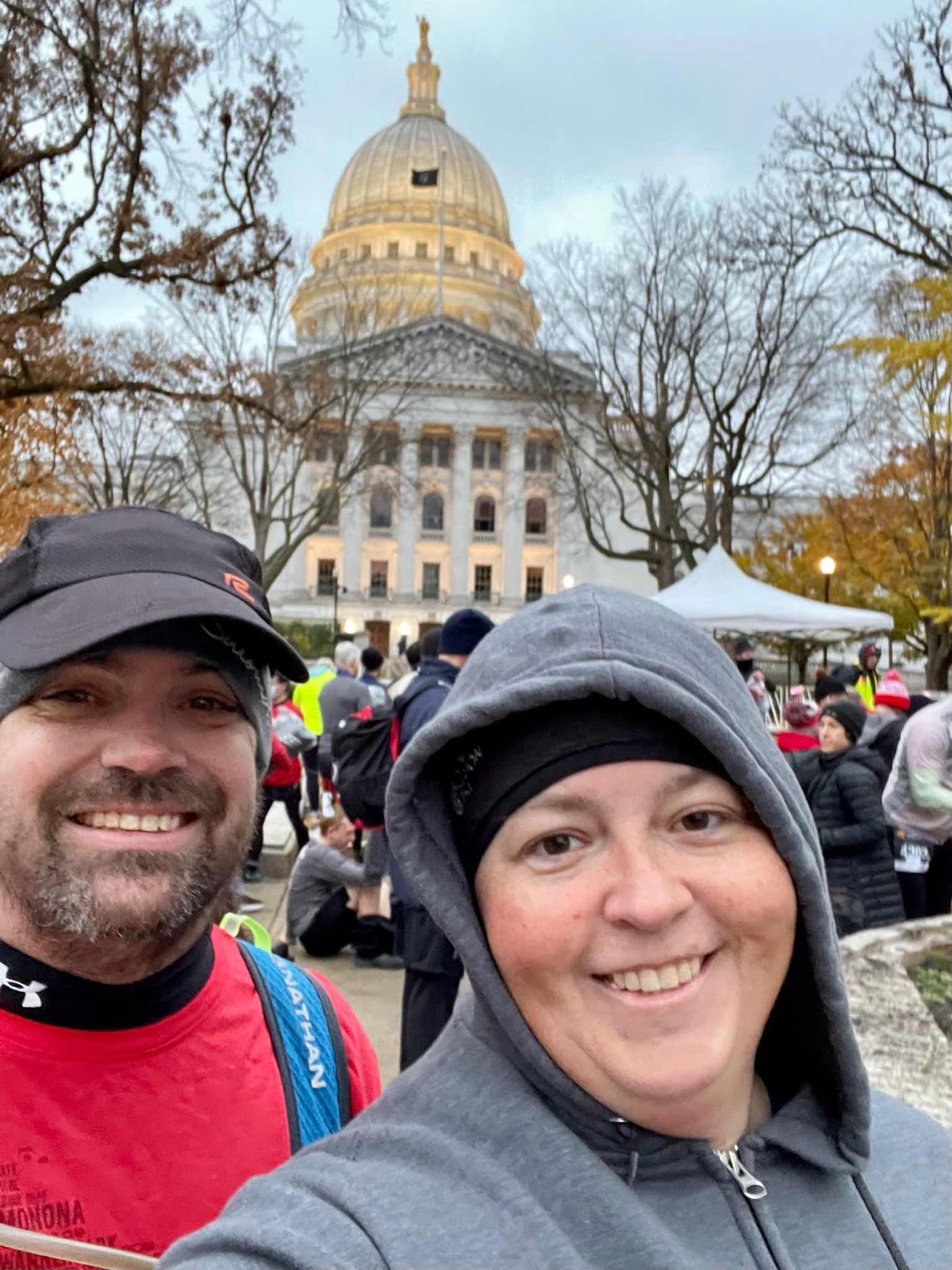 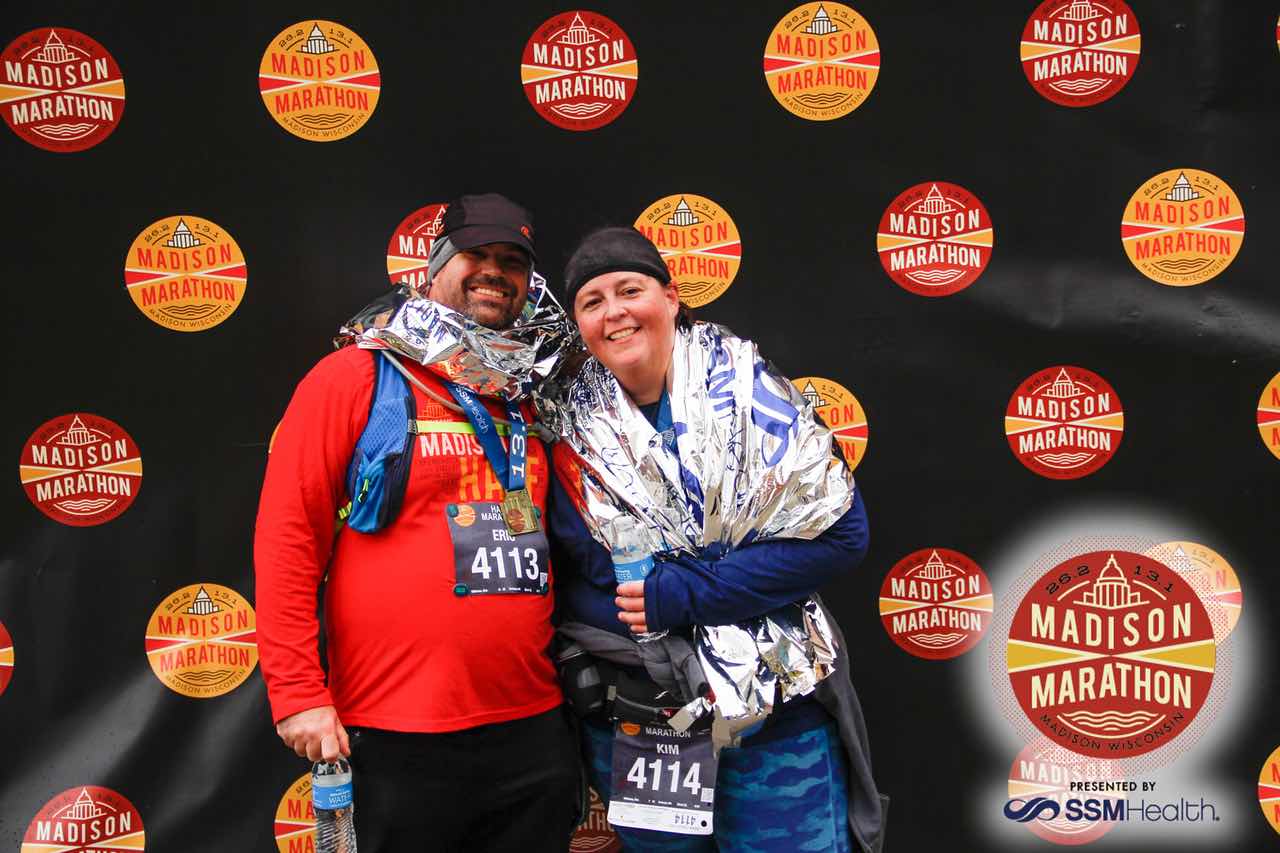 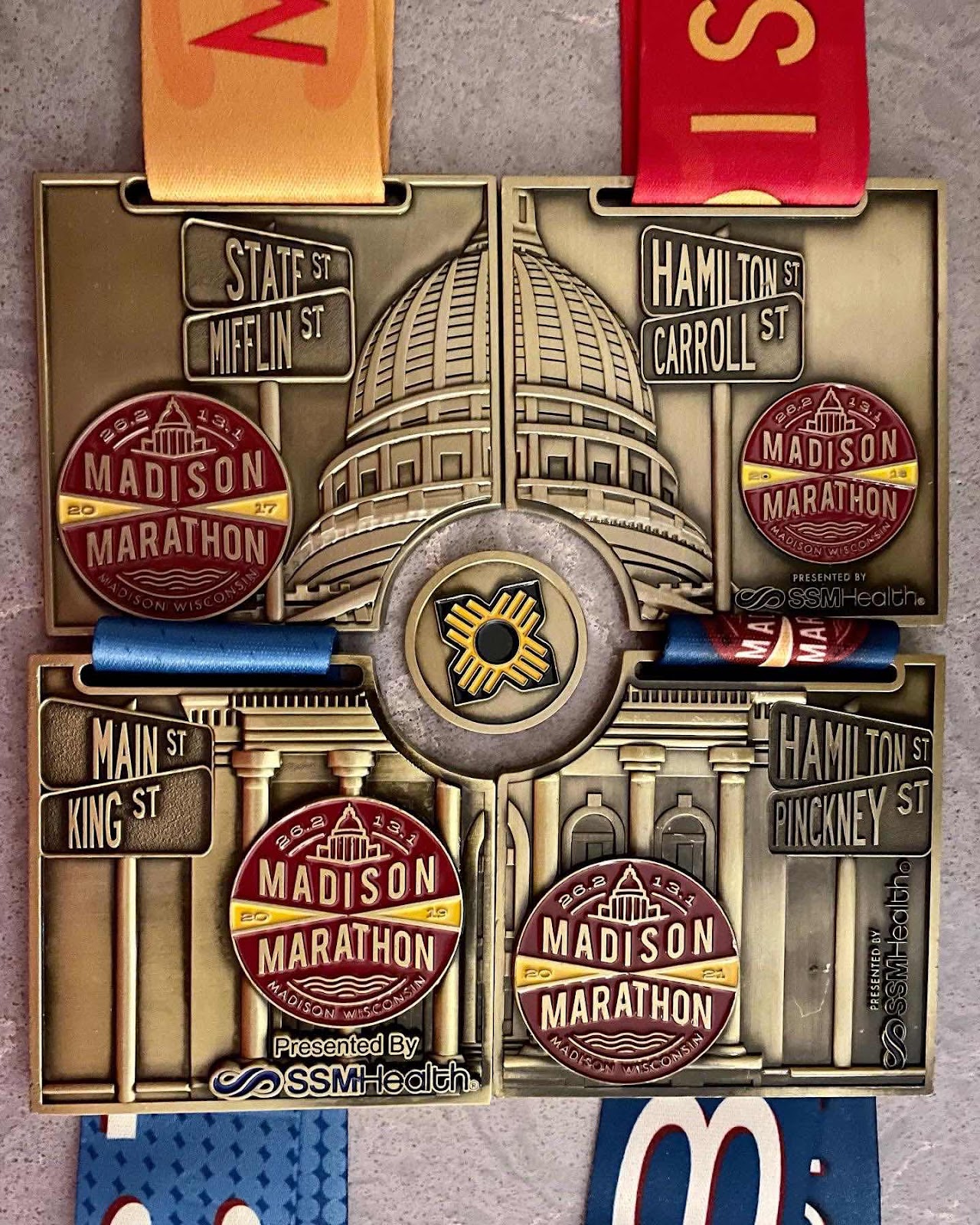 We celebrated Evelyn's birthday the next weekend. Greg's parents and grandma Helen were visiting so it was nice to see them again. 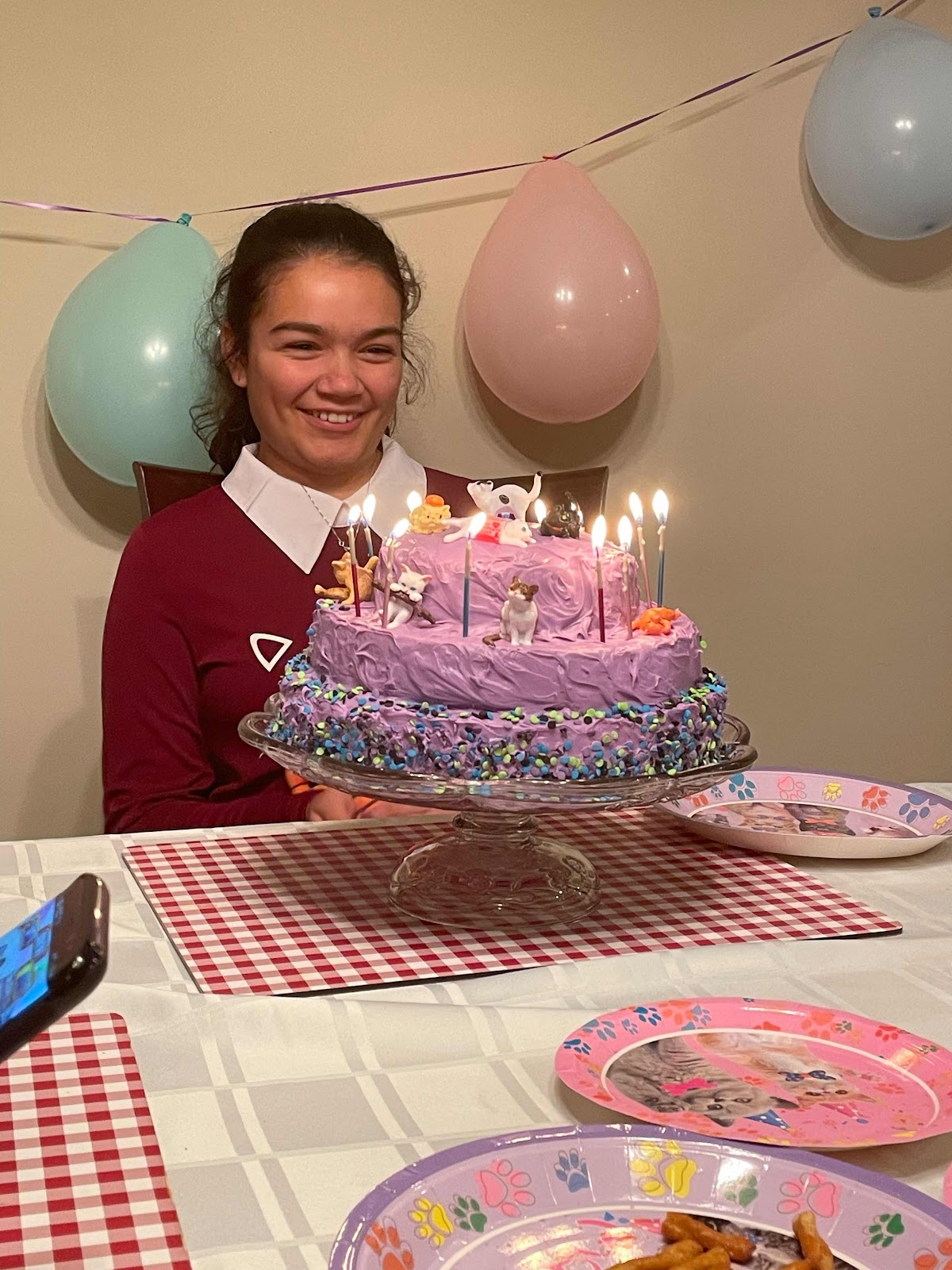 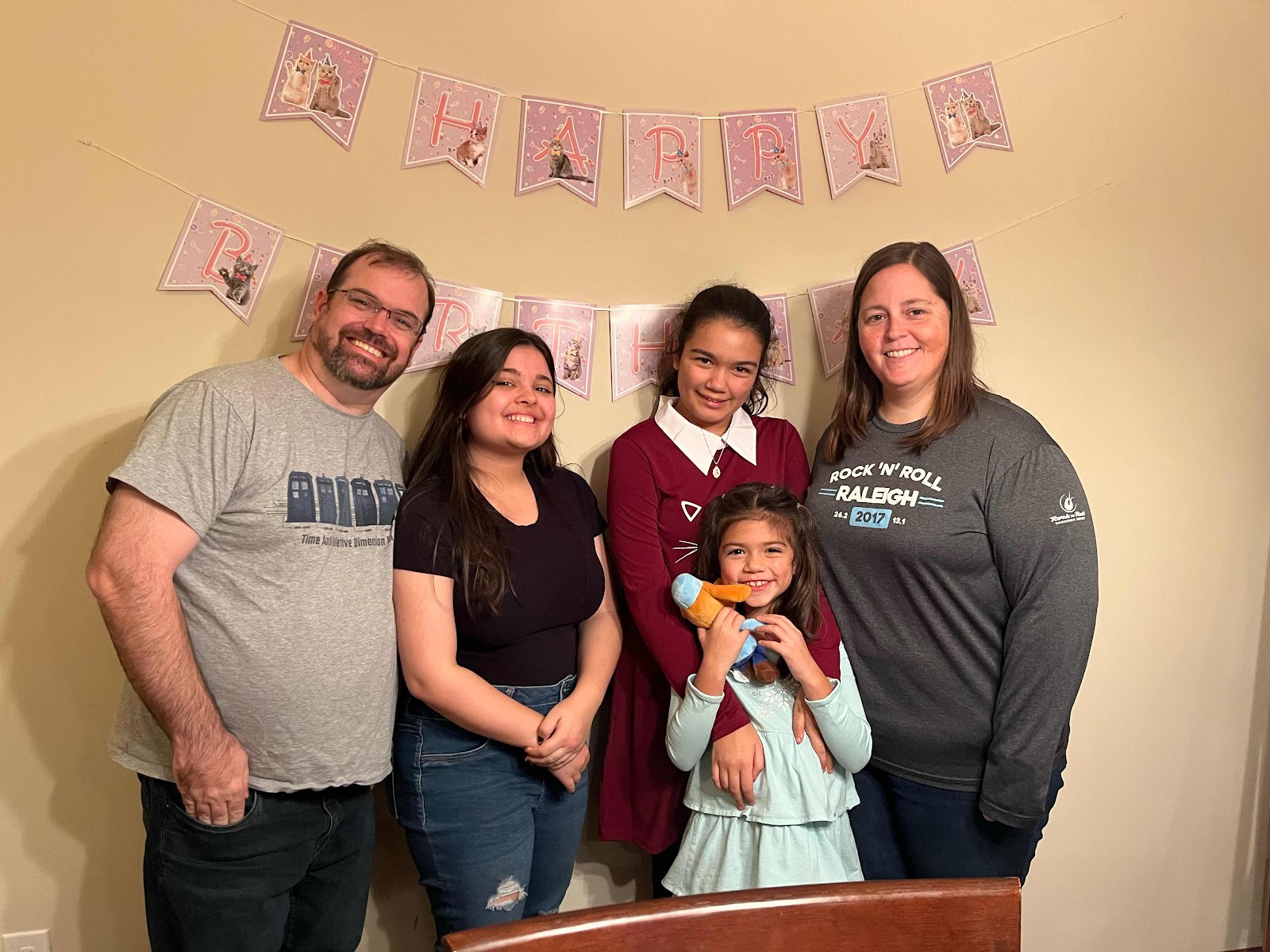 The days leading up to Thanksgiving my brother, Mike and his family came up to visit. We were supposed to see holiday lights at Valleyfair but they delayed their opening day until after Thanksgiving. We went shopping at the Mall of America and made cookies at home. I was able to give Linda her flamingo picture I painted her. 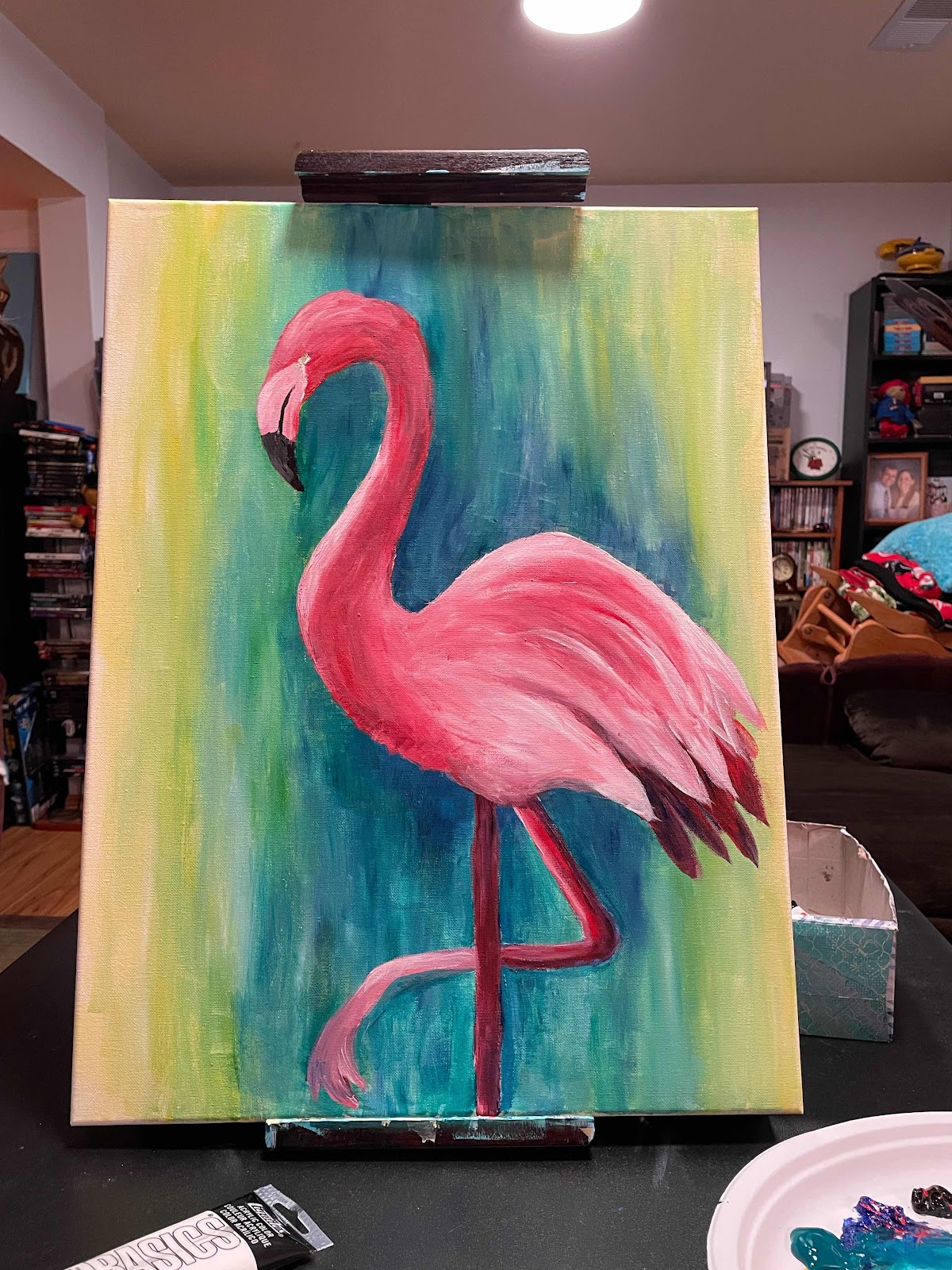 It took me 2 hours to complete and it was so much fun. I really like it.

Thanksgiving morning, Abbie and Bryce came up to run the Turkey Trot in St. Paul. Afterwards, we hosted Thanksgiving dinner. Caio had to work until 2 so we had a late afternoon dinner. DJ and Ethan also came over and Nancy and Greg. It was a good time. 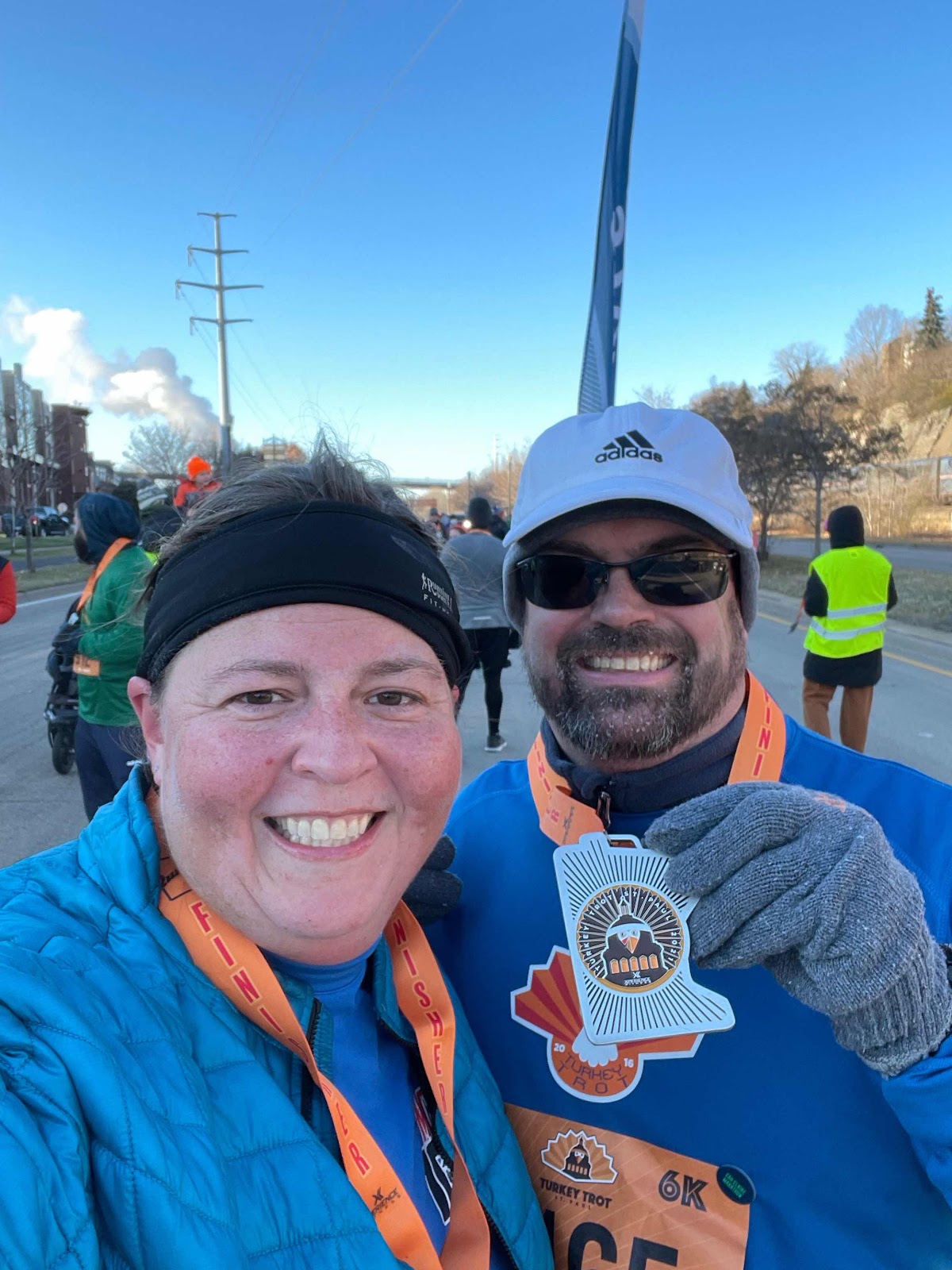 Update on Reba and Finn...they love the Christmas Village. 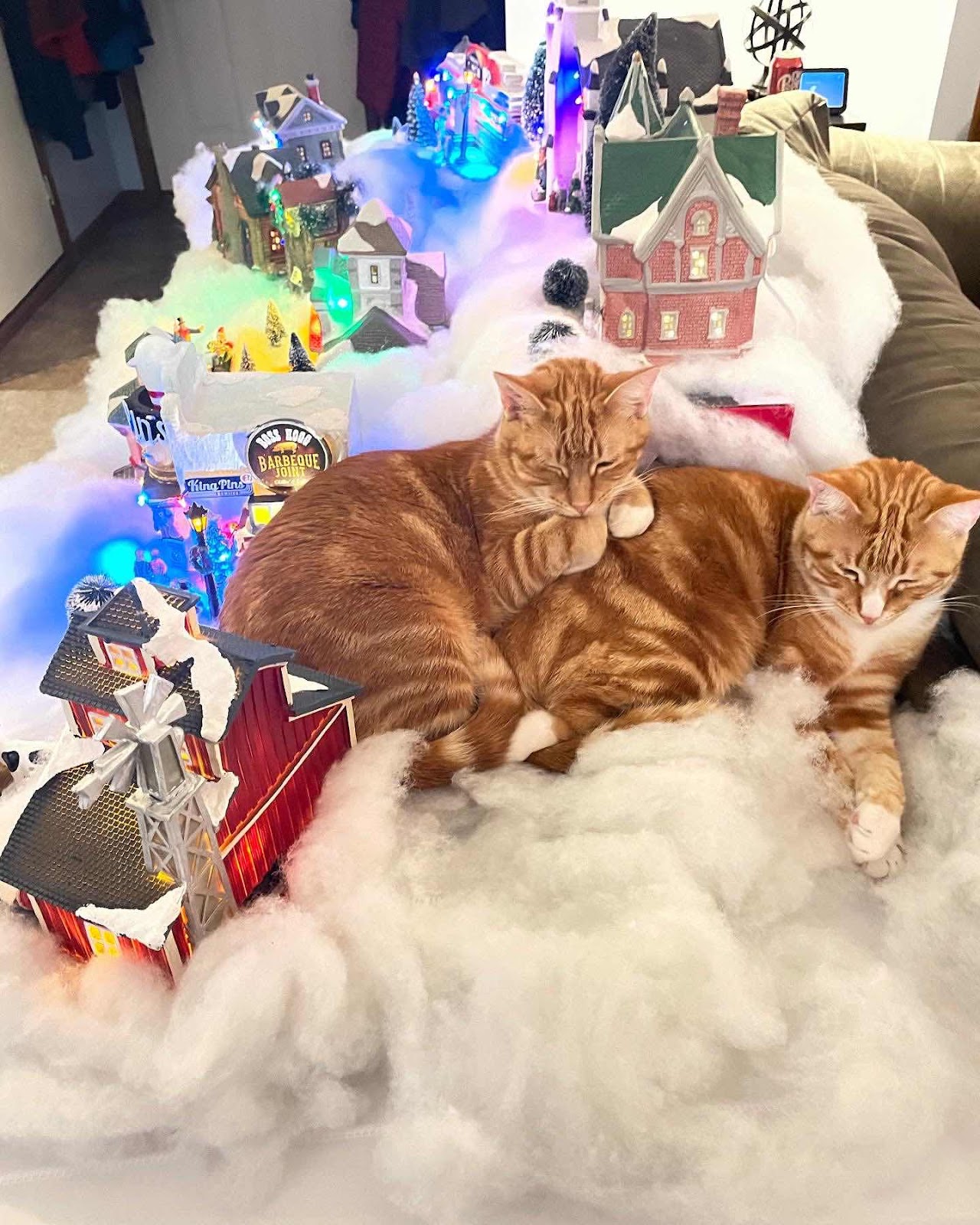 But they are very mischievous, they stole my butter off the counter among other naughty things but the tree is still standing! 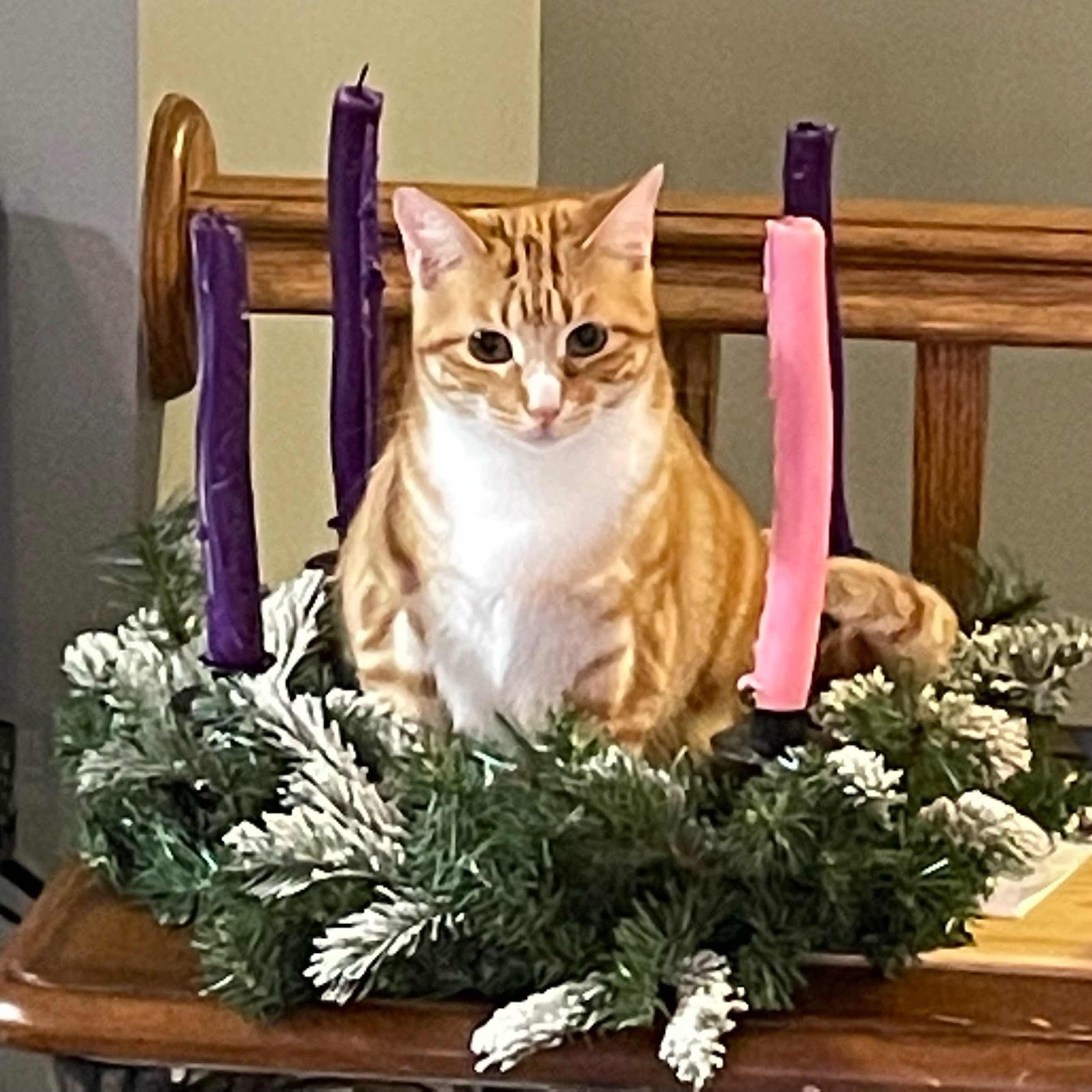 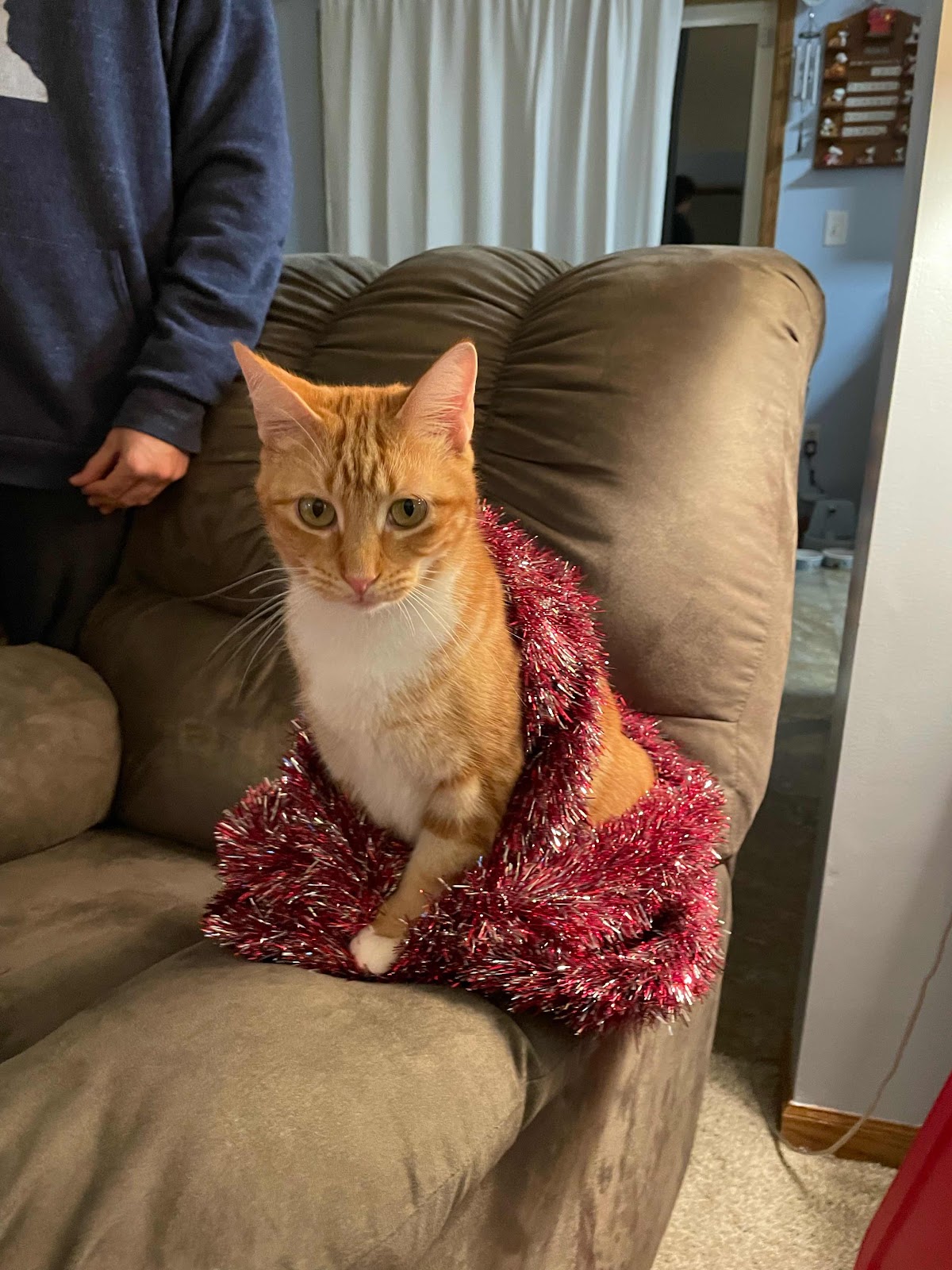 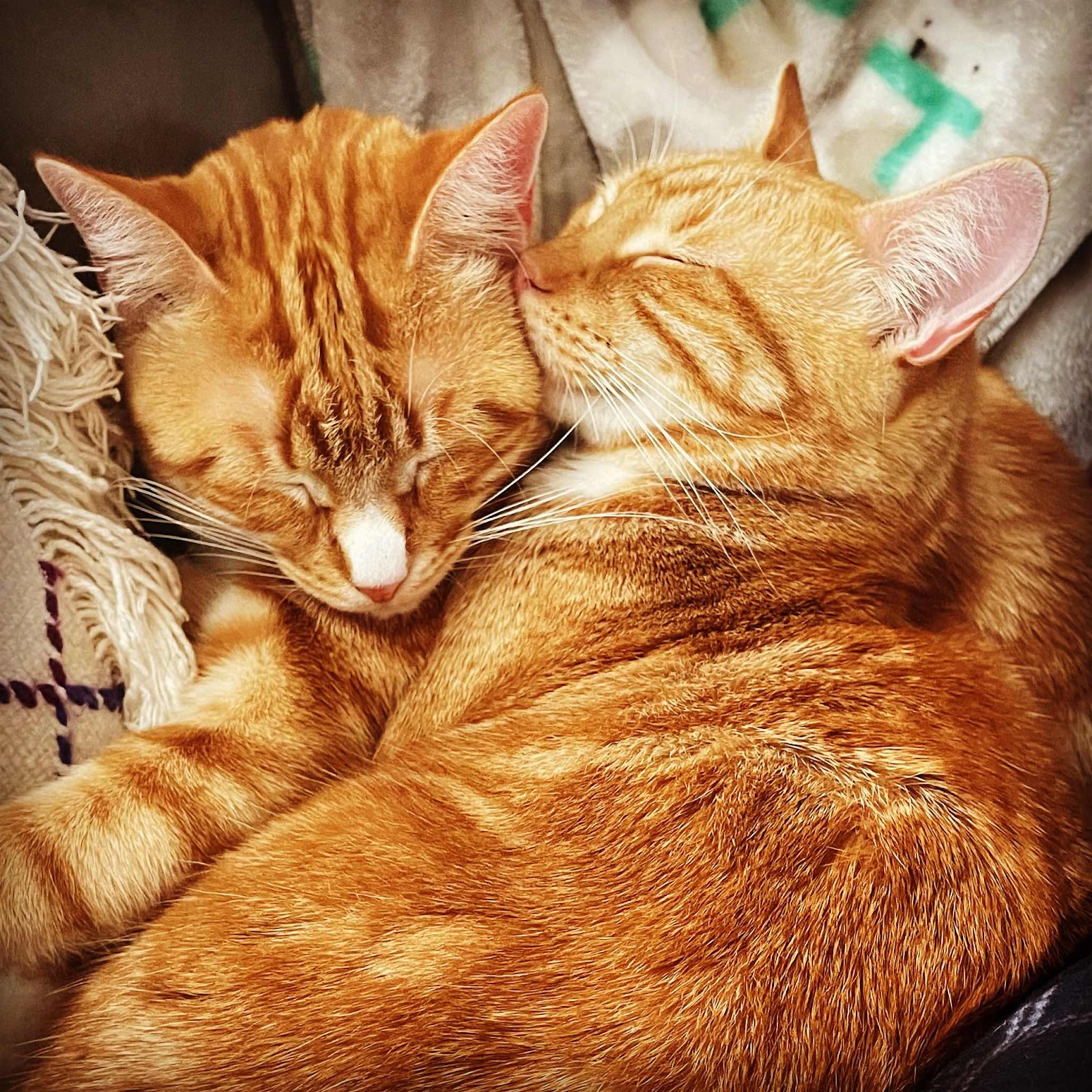