We started our Christmas celebrations on Saturday (Dec. 22) with my Mom's side of the family in Eau Claire. It was three hours out of the way but we haven't gone in years so we had to make it this year. From there we started the long drive to Papillion, NE. It took us about 7 hours and we got in around 9pm.

We went to 11 am Mass on Sunday and then went shopping. Of course there were a few Starbucks runs in there too. Haha!  Christmas Eve, I started the morning with a nice 4 mile run. The weather was pretty nice at 37 degrees. After we did some more shopping. We had a very late dinner and I took a brief nap before Midnight Mass. I hate Midnight Mass but that was the Mass the family was going to so I sucked it up and went. To make matters worse we went to the Cathedral with the Archbishop. There was a lot of very loud organ music, some singing, mostly in Latin and a lot of incense. That gave me an instant headache. So I was tired, crabby and had a headache. Haha!  The Mass was very long and by the time we got home and in bed it was almost 3am. Argh! 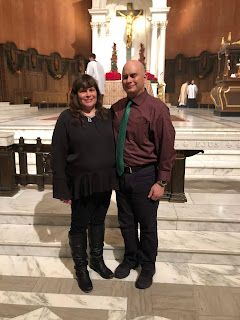 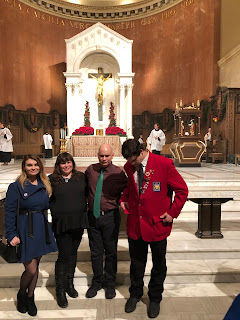 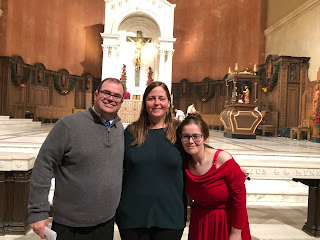 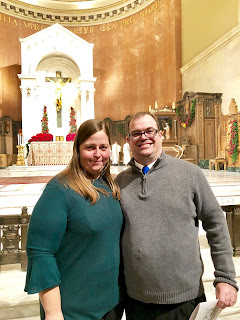 Christmas day I went for another run. It was a short one. We had some dinner and opened presents. I got some nice stuff. Unfortunately we didn't get to Starbucks in time so Hiram didn't get his Birthday drink. :(  Sadly in the evening they had to take Max to the ER vet. He was very lethargic and not eating.

On Wednesday, we woke up really late and had a very sad text from Bonnie. Max had to be put down because of advance stage liver cancer. Eric and I got a card and Christmas cactus for them. We did some retail therapy with Bonnie and Juliette. I bought a new purse, a new North Face Thermal ball jacket for 50% off. It was fun even though it was pouring raining and we were at the outdoor outlet mall.  We had dinner at Chris and Leilani's house. We bought them Ticket to Ride game and taught them how to play it. I love that game. We had some great enchiladas and talked the night away.

For my birthday we went to Cheesecake Factory for lunch and had birthday cake before our Mary Poppins Movie. It was a good movie but the first was better. We made one last stop at Starbucks before they closed. 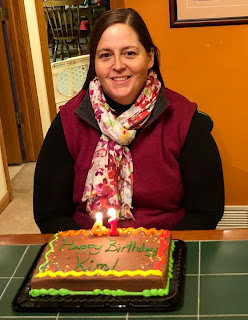 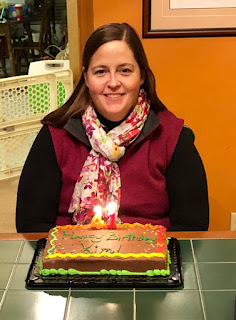 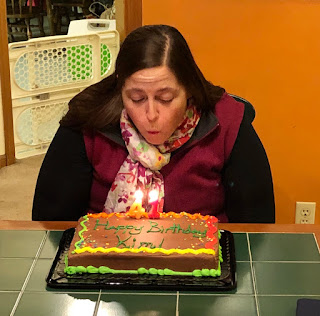 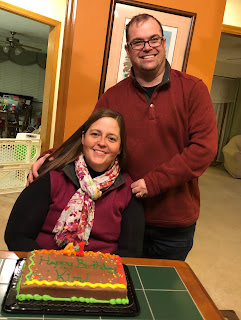 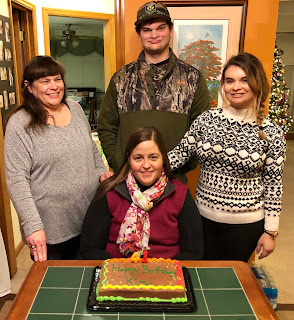 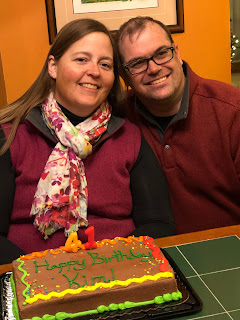 We drove him Friday in some bad conditions. 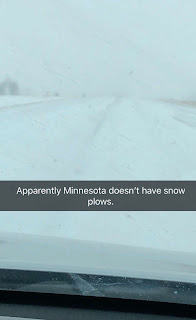 But were were grateful to be home to a warm house (our furnace has been acting up) and happy kitty. I think Swirl was glad we were home. We had some homemade hot chocolate in our new Starbucks mugs (and Swirl is chewing on the tree) 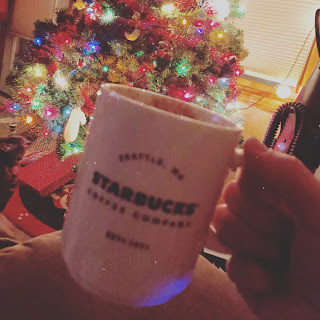 Today we went down to New Ulm to see Danielle, Bradley and Blake. My mom also drove over for lunch. We played some games and had fun with Blake!